Helping plot the future of entertainment

In a 1996 essay, Microsoft co-founder Bill Gates famously said that “content is king.” 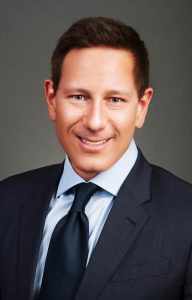 But what happens when a global pandemic effectively keeps movie and television studios around the world from producing that content?

“Luckily for Starz, we’ve got enough content to last for a while, but not everyone is as fortunate,” says Gavin Wise, head of legal affairs, original programming for Lionsgate Television and Starz Entertainment. “We have some time before we’ll have to consider alternatives.”

According to Wise, production was paused for most series in late March, just as the pandemic was beginning to wreak havoc in the U.S. However, as of August, companies were proceeding judiciously to recommence production.

“Despite most everything being shut down, it’s been an exceedingly busy number of months,” he says. “First, we had to pause most of our productions. Then, we’ve had to chart a path forward in order to get back into production, all while focused on developing the next generation of shows that we’ll produce when this all ends.”

From script to stream

Combining the Starz premium global subscription platform with motion picture and television studio operations, Lionsgate brings entertainment to consumers around the world, backed by a 17,000-title library and the largest collection of film and television franchises in the independent media space.

In addition to past hits like “Mad Men” and “Orange is the New Black,” Lionsgate Television currently produces series such as “Love Life” (for HBO Max), “Mythic Quest” (for Apple TV+), “Dear White People” (for Netflix) and “Zoey’s Extraordinary Playlist” (for NBC).

For its part, Starz has emerged as a global leader in streaming premium content, both domestically through its STARZ service and internationally via STARZPLAY with a growing focus on women (“Power,” “Outlander,” “Hightown” and “P-Valley” are just a few of the platform’s acclaimed original series).

In his dual position, Wise is in charge of all legal matters related to the two entities’ scripted and unscripted original productions. In one way or another, he touches virtually everything that goes into the making of a television series, from underlying rights to above-line talent deals to physical production arrangements, while at the same time keeping an eye on license agreements, co-production deals, production services and the like.

Wise works closely with the company’s creative and production executives, as well as with many of the show runners that create the company’s series. He also counsels Starz’s marketing and publicity teams. Last but not least, he acts as a key member of the Lionsgate and Starz legal team, creating and advising on legal policies and parameters and protecting the company’s legal interests as they pertain to original programming. 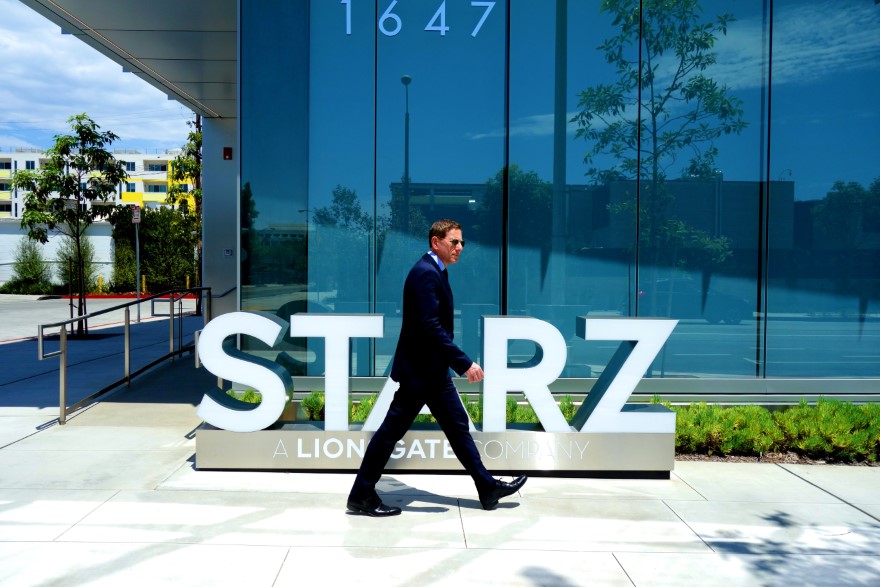 Wise has spent more than 25 years in the entertainment industry, both at law firms and in-house, but even by his standards the pandemic has created unprecedented uncertainty.

“None of us have ever lived through anything like this,” he says. “We want everyone on our productions to be safe. It’s ever-evolving, and it’s imperative to have a safe work environment.”

“To meet these challenges, everyone at Lionsgate and Starz impacted by the pandemic has banded together to create innovative solutions to the crisis that will hold the companies in good stead going forward,” he says.

Preparing for the inevitable

Just because a country, state or city says it’s okay to film doesn’t mean a TV series is ready to restart production.

To move forward on production, television and film studios will need broad support from everyone involved. 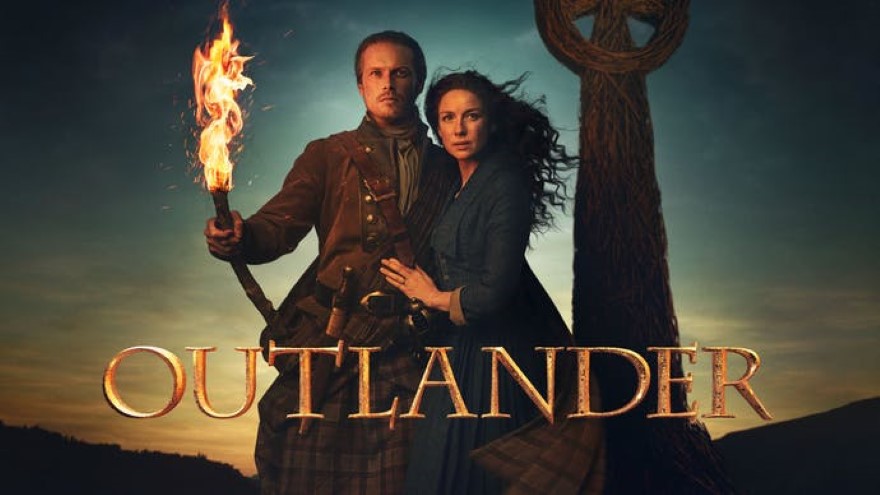 “We’re in the business of making TV shows and airing them on the many networks to whom we license series, and we need to be able to find some way to make our product,” says Wise, a native of Canada who earned his law degree at Queen’s University before embarking on a lengthy career in entertainment law.

Other studios and networks around town are facing similar challenges. Because so many of these studios make content for various networks, there’s a dialogue and camaraderie among Wise and his peers, so he doesn’t feel alone in dealing with pandemic-related problems.

Lionsgate Television shoots all over the world, not just in key U.S. locales such as New York City, Los Angeles and Atlanta, but also Toronto, Vancouver, London and other cities. That means Wise not only has to deal with talent- and production-related legal matters here at home; he also has to consider how the pandemic is impacting the various international locations where his company films.

“While there are many similarities, the approach is somewhat different in each of these locations because the location has taken a different approach to the pandemic,” he says. 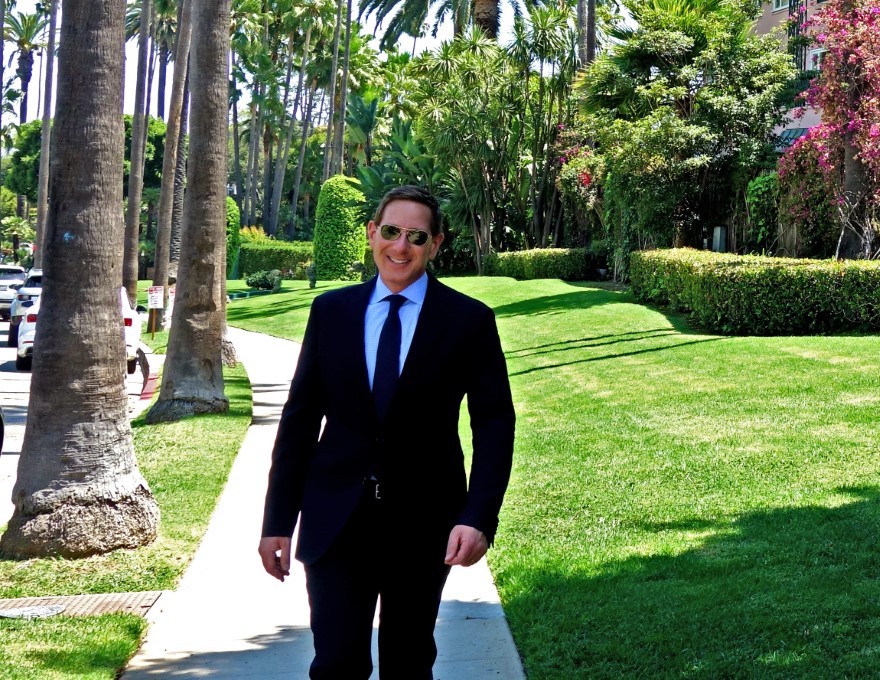 There are local, state and federal regulations in different countries, of course, but dealing with the various entertainment guilds—the unions representing actors, writers, directors and others—is also part of the equation.

In addition, Wise has to deal with things like tax credits, tax shelters and other financial incentives.

“We often shoot in countries a lot of other people haven’t shot in, so you really have to learn the legal and socio-economic issues involved,” he explains. “For instance, we shot “Black Sails” in South Africa, and I learned the legal system and tax system in order to properly shoot there. However, since I cut my teeth as a young television executive and attorney on international co-productions out of Canada, these types of productions are really a part of my DNA.”

Acting as a guide to budding legal stars

Aside from all the matters related to producing TV shows, Wise is also known in the industry as a teacher and mentor to young entertainment attorneys. He says he really enjoys working with his team to brainstorm and come up with solutions. Even during the pandemic, that communication has remained strong and consistent.

“But I admit that I do miss being in the same room and talking face-to-face with them,” he says. 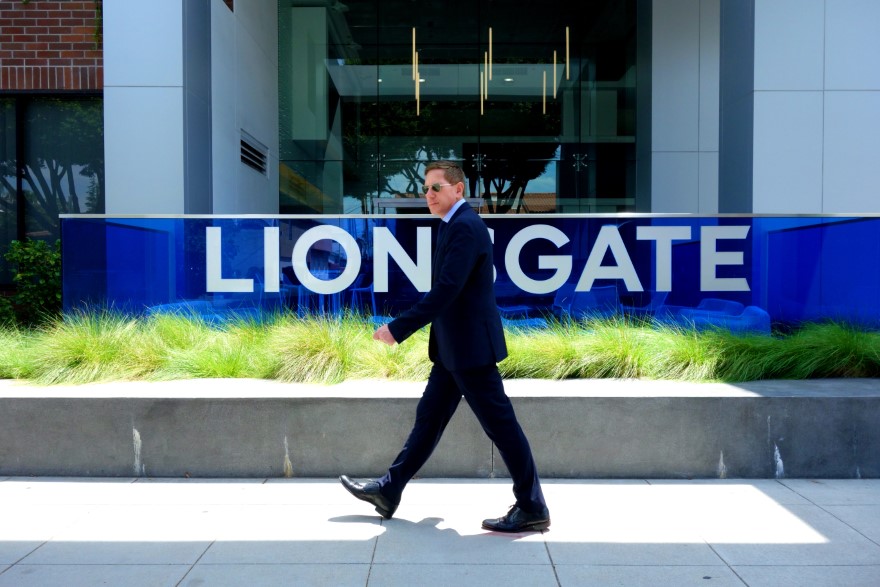 Each day Wise encounters a laundry list of challenges: various business and legal predicaments, addressing the needs of talent, creative and production obstacles, and marketing and publicity issues.

And yet, no matter where he’s worked—from law firms to television networks—Wise has considered his problem-solving abilities to be his greatest skill.

“Fortunately, I enjoy the process of digging into problems and finding solutions,” Wise says, “and my experience makes me well-suited to tackle them as they arise.”

Including, it seems, the ones caused by a global pandemic. 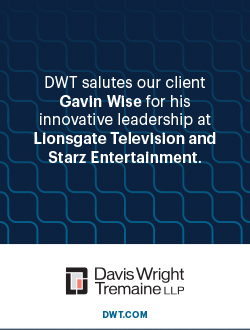