When kids watch their favorite cartoons, Lauren Leinburd wants them to see themselves on screen.

As general counsel and senior vice president of business affairs for Guru Studio, she provides structure and guidance to the company’s legal, business and creative departments. Leinburd works closely with creators, broadcasters and writers to get intellectual property on screen amidst the complexities and rapid changes of the entertainment industry.

“It’s an incredible privilege to know that you can impact kids’ lives and help them form lifelong bonds with the characters they see on TV,” Leinburd says. “Our goal is to create programs that educate, entertain and inspire children.” 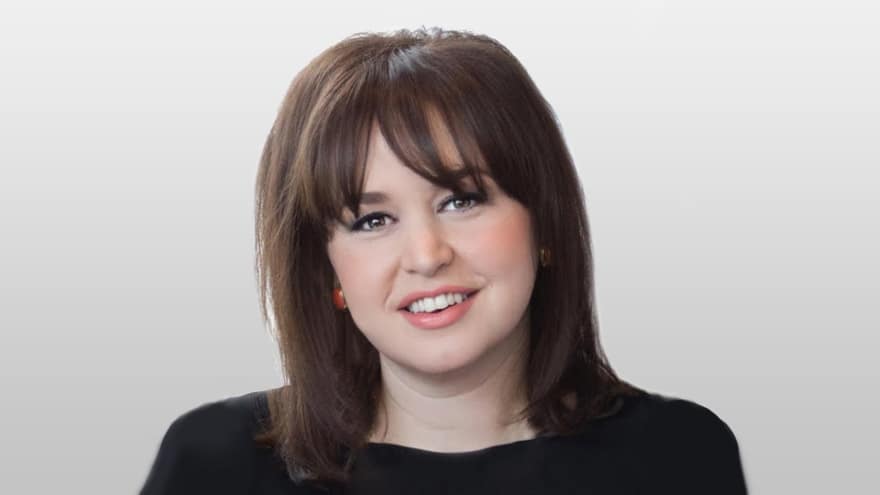 Guru Studio, headquartered in Toronto, is an entertainment company known for creating animation for shows like PAW Patrol and Mattel’s Ever After High, as well as creating, developing, producing and distributing its own line of children’s original properties, including Pikwik Pack for Disney, True and the Rainbow Kingdom and Justin Time for Netflix.

Leinburd says she’s especially proud of the studio’s newest, original series, Big Blue, an underwater comedy adventure featuring two Black lead characters. It was created by Gyimah Gariba, a first-time creator whose vision was to create a show where kids of all backgrounds, especially Black children, were reflected on screen.

“In today’s age, it’s more important than ever for kids to see themselves and the world represented on their screens,” Leinburd says. “Programs have to reflect the unique kids that watch them.”

The micro and macro

Leinburd keeps this goal in mind from when an idea is acquired and put into production through to when the series is sold to broadcasters and streamers around the world.

She provides legal, business and strategic advice and acts as advisor to Frank Falcone, Guru’s president and executive creative director. Her work includes protecting intellectual property, managing employment issues and being well-versed in corporate and entertainment law. She negotiates the rights for talent agreements as well as agreements for production, licensing and sales.

“It’s a very exciting and fulfilling way to practice law,” she says. “As a general counsel, I have to be a generalist, but this work also requires me to be a specialist in many areas.” 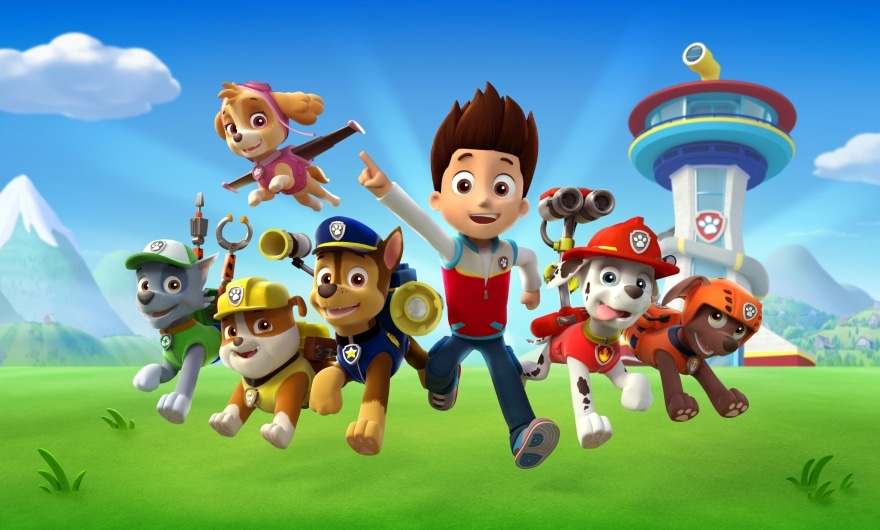 Leinburd works directly with the studio’s creative teams, production executives and marketing and distribution arm. She also oversees the human resources department, which includes the studio operations and recruitment teams for the studio of over 300 animators and artists.

She says working with so many departments gives her a holistic understanding of the business that has allowed her to better structure deals.

“It’s very exciting to sit at the crest of all the departments and see it all come together,” Leinburd says. “You need a great team to be a great leader, so it’s a privilege to oversee the incredible teams that I do.”

One of Leinburd’s favorite parts of her work is enabling the animators and writers to do what they do best, she says.

This means taking care of the behind-the-scenes work to help diversify Guru’s revenue streams and negotiating business deals and partnerships across television and film, with intellectual property rights coming from books, toys and even TikTok.

Leinburd has recently helped Guru Studio enter new partnerships, including with Sesame Workshop for the new series Mecha Builders, which features Sesame Street characters as robots. The series premiered on HBO Max in early May. 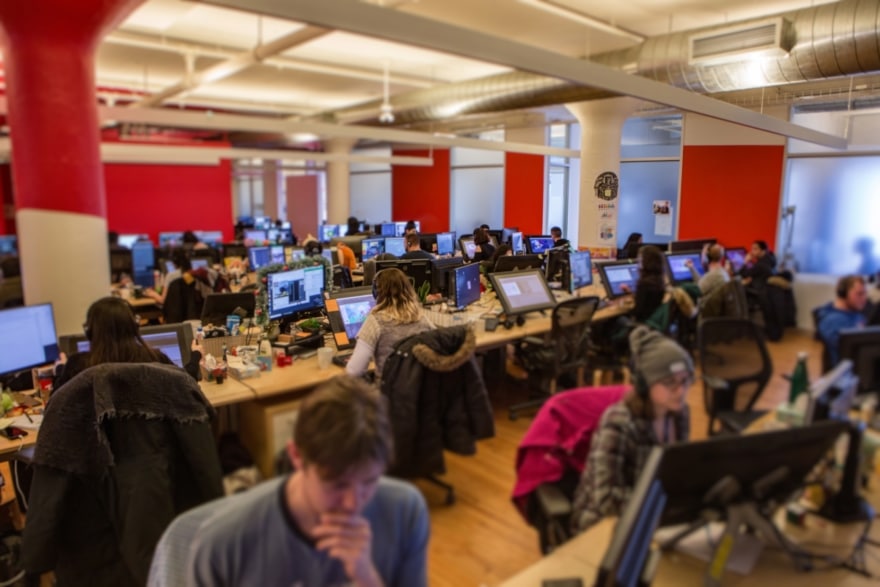 In addition to legal, business affairs and operations, Leinburd also oversees the people and culture department. She says the company has worked with diversity and inclusion consultants to ensure a work environment that’s equitable and welcoming. Creating this culture means hiring artists from diverse backgrounds, which helps ensure diverse stories are reflected on screen.

“We support and promote a diverse experience but certainly don’t hire to achieve a quota,” she says. “Rather, we understand what makes great talent, and we hire the best.”

Leinburd was hired at Guru Studio in July 2020 as the first person to hold her role. She’d previously spent seven years at Breakthrough Entertainment, with the last two as vice president and general counsel.

She likes working in entertainment and media because it “captures my creative spark,” she says, adding that she appreciates Guru’s commitment to put creative above all else. 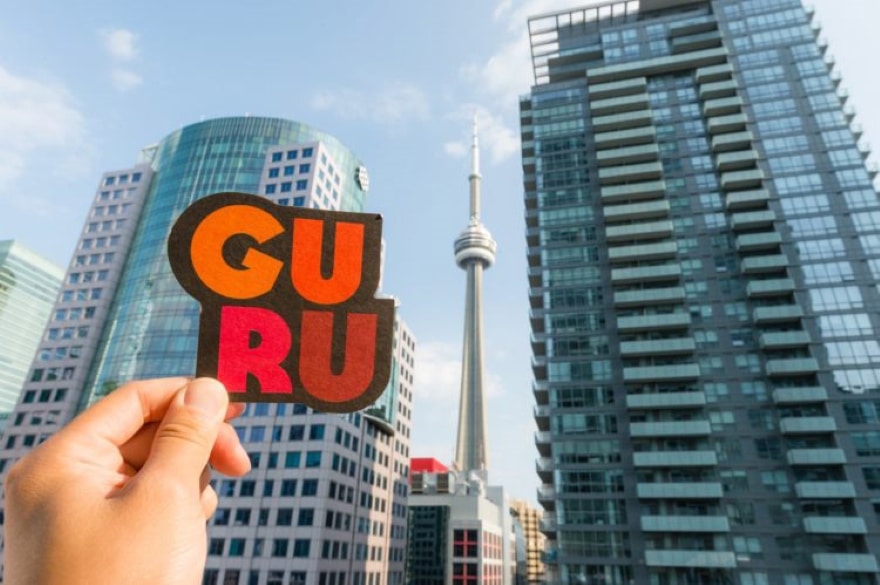 Leinburd says the COVID-19 pandemic has pushed Guru Studio to create even more high-quality content because so many kids are at home watching TV. She says Pikwik Pack, a series about four animal friends who deliver magical packages to their neighbors, has resonated strongly with children because it highlights the importance of community and friendship.

She’s even seen the impact of Guru Studio’s work in her home. While her newborn daughter doesn’t yet have a favorite show, her 3 1/2-year-old son loves PAW Patrol.

“When you take a step back, you’re making cartoons, so every day is fun and full of laughter,” Leinburd says. “You can see the effect of your work in the joy on children’s faces and that magic absolutely brings life to what we do.”