It may be an exaggeration, but not much of one, to say that the nation’s largest behavioral health pharmacy and telepsychiatry provider is growing by the day.

Maybe every other day. Or two of three.

The day before its energetic general counsel, executive vice president and secretary, Alexander “Aly” M. Kayne, spoke with Vanguard in mid-July, Genoa, a QoL Healthcare Company, had announced the opening of its latest pharmacy in Montrose, Colorado. The opening coincided with the launch of an advanced treatment plan for high-risk patients in need of mental health services, made possible by the earlier acquisition of a Minneapolis company. 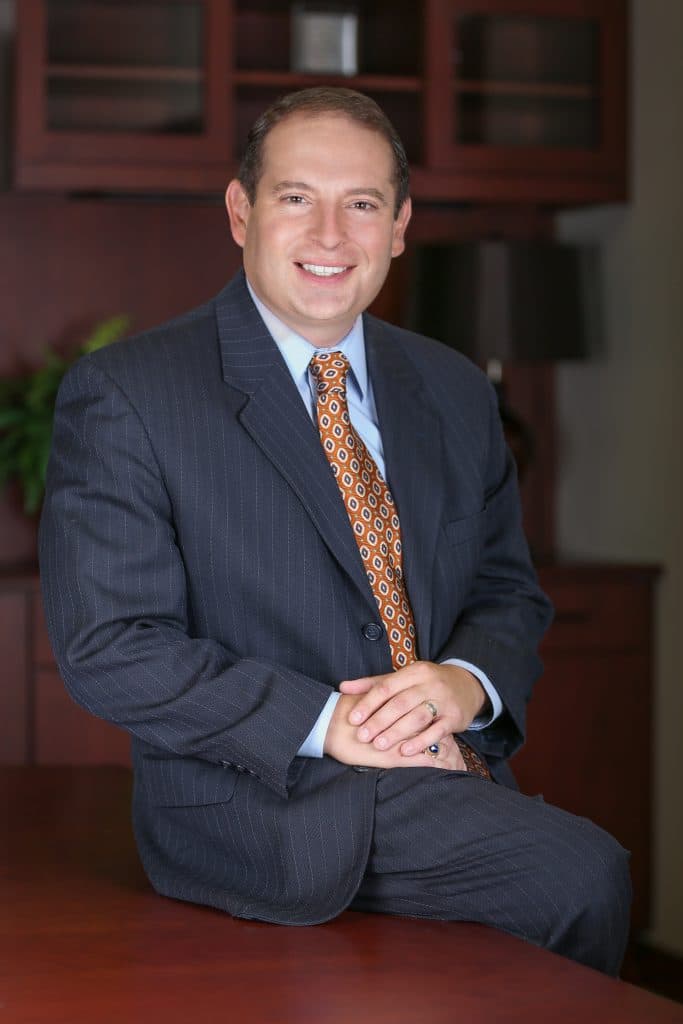 Preceding weeks had brought news of other pharmacy openings from Florida to Washington State, from Texas to Montana, and virtually all places in between, as well as some corporate acquisitions. Just a typical news cycle for a company that’s rapidly expanding both organically and inorganically.

“We are on the path to becoming a Fortune 1000 company in just a couple of years,” says Kayne. “This is one of those rare growth stories where the company’s services are in such high demand; we need to keep pace to ensure we meet our patients’ needs.”

He would know, having seen such growth in his previous role as senior vice president, general counsel and corporate secretary of Omnicare Inc., a publicly traded Fortune 500 healthcare  company.  Since joining Genoa in 2015, he is seeing it again, as the pharmacy tries to fill an ever-growing need to treat some of society’s most mentally fragile people.

Sustaining that growth, while being compliant with the myriad regulations in such a high-stakes industry, entails Kayne wearing various hats and keeping up corporate support for this fast-growing enterprise. The one certainty, he says, is that Genoa will continue to head for great things, and society is better for it.

No less an illness

The undeserved stigma of mental illness may always be present, but at least there’s more understanding that it is an illness as real as cancer or heart disease and, directly or indirectly, leaves no one untouched. Kayne’s employer has been at the forefront of treating mental illness and substance addiction, and the need for the most specialized therapies has never been higher.

Also a full-service pharmacy—the nation’s sixth largest—with, as of mid-July, 370 facilities serving well over a half-million patients in 45 states and the District of Columbia, Genoa differs significantly from other chains, its primary clients struggling with behavioral health and substance abuse.

“Retail pharmacies have trouble dealing with these patients,” laments Kayne, a 45-year-old Yale law grad with a strong social conscience. “They want your average client, not necessarily the patients we serve.  But persons with mental illness are in the most need of treatment, and we specialize in helping them.”

Medication alone may not do it. Many of Genoa’s clients also need professional counseling, but psychiatrists may be few and far between in remote locales. That’s why Genoa stepped up to its clients’ needs. Through its 2015 acquisition of a company specializing in telepsychiatry, Genoa gained access to a large network of psychiatrists and mental-health professionals whose counsel can be made available via video conferencing at its patients’ clinics. 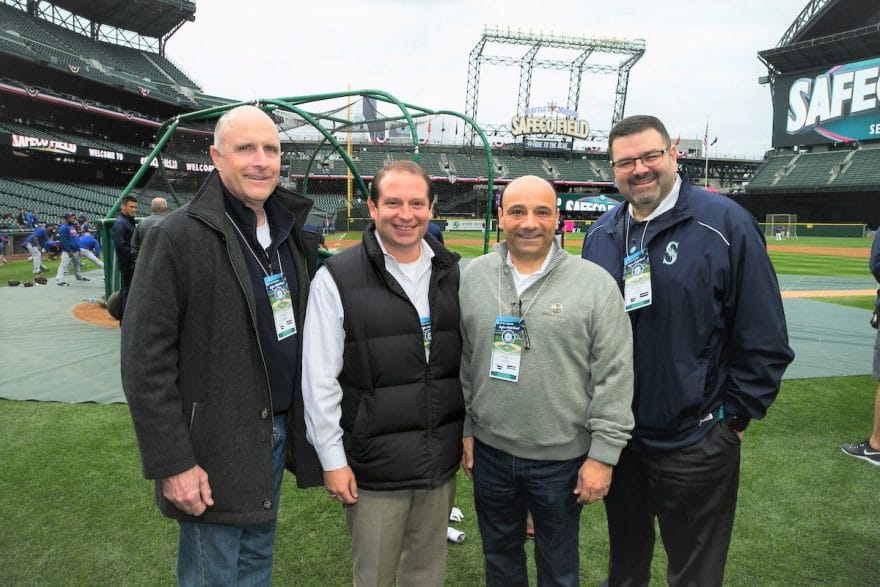 “The key to helping patients with mental health problems is their adherence to their meds, but without access to psychiatrists and clinical counseling, that may not happen,” Kayne says. “With our specialized pharmacy services and network, we’re able to achieve an adherence rate of over 90 percent. In retail, that’s simply unheard of. It speaks to the dedication our company has to its customers.”

Whether Genoa can maintain that record under its setup of the past 17 years, well that’s a matter in which Kayne’s input is going to be heavily weighed. Anticipating a boom period and in need of a general counsel with creds in healthcare, Genoa brought Kayne aboard after CVS bought Omnicare in August 2015.

“I am so fortunate that my next position following my term at Omnicare was with a company so relevant to American health care and so productive in its contribution to our society,” says Kayne, who had been Omnicare’s general counsel since 2011,  after having done much of its legal work as a partner with the former Dewey Ballantine firm in New York City.

And Genoa must have been thankful, as well, to find such talent ready and willing to join the team at this crossroad in the company’s future. Kayne had acquitted himself well at Omnicare. Among his first duties at Omnicare was to create the company’s first in-house legal team. Kayne wanted an “A-team” of lawyers that would be considered one of the best legal departments in the world. He tapped into his networks and drafted the best talent he could find. Kayne and his new team worked through the extensive litigation docket that faced Omnicare at the time while continuing to support the growth of the company through acquisitions as well as customer sales. 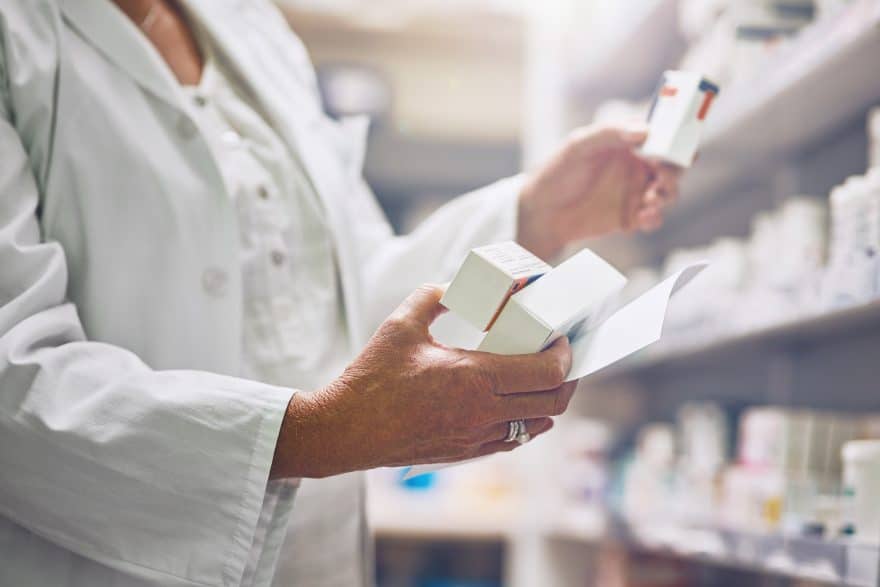 Six years later, he finds himself in a similar situation at Genoa. Owned by Advent International and Nautic Partners since 2015, he maintains that Genoa faces almost limitless possibilities for expansion and growth.

With the main headquarters just outside Seattle, an eastern base in New York and extensive operations nationwide, Kayne says, “It’s evolved to where the sun never sets on Genoa. I’m always double-checking my calendar for time zone changes.”

But while the stakes are high for a general counsel who wears business and legal hats, Genoa’s future will greatly affect untold others.

Ever the reflective type, Kayne speaks of people, well-known and obscure, who share the common denominator of mental instability.

“People we all know, both in the public spotlight and in our own lives, struggle with mental illness. Their struggles serve as reminders that mental illness, unlike physical ailments, may be far more difficult to diagnose, but left untreated can be deadly and harmful to society as a whole. There are fewer than

six degrees of separation between someone struggling with this type of illness and most anyone.” 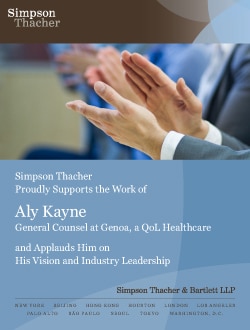 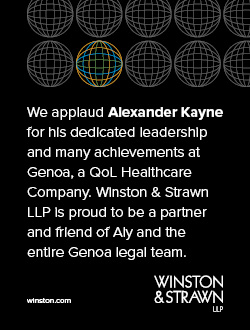 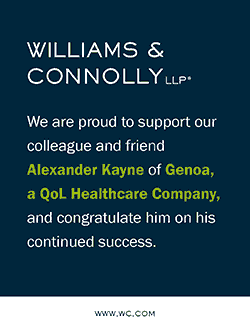 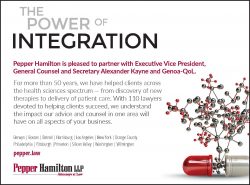