Operating in good faith, with foresight and flexibility

In the midst of national uncertainty about access to healthcare, and growing concern regarding cuts to government programs, Providence St. Joseph Health—one of the country’s largest not-for-profit health care organizations—is taking action to transform the delivery of its services. During this time, Shannon Dwyer steps into a new role as special adviser to the organization’s CEO, Dr. Rod Hochman.

“Our new strategic plan provides direction for where we will focus our resources, including activities that take us far beyond our hospital walls to help our communities,” Dwyer says. “These are efforts such as investing in digital technology and healthcare innovation, improving population health and assisting people to better manage chronic conditions so they can live more independently. This new direction is a change for healthcare systems; however, the key for us is that our mission and values remain consistent as we find new ways to extend our care.” 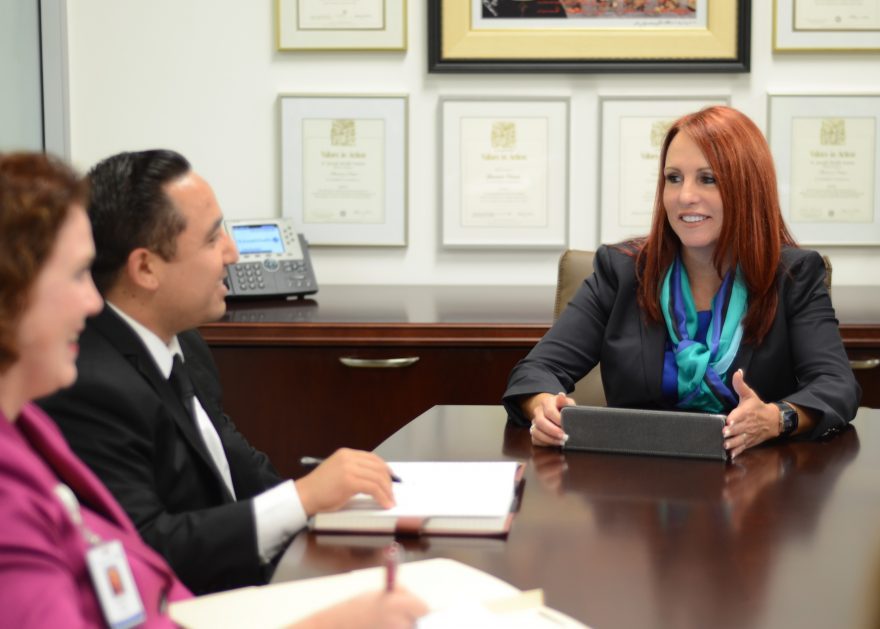 Before her appointment as special adviser, Dwyer helped bring St.  Joseph Health and Providence Health & Services into a much larger, $23 billion Catholic health system that includes 50 hospitals and approximately 830 clinics serving communities in seven states: California, Washington, Oregon, Alaska, New Mexico, Texas and Montana. The experience called upon her legal expertise and helped her hone her strategic skills as she guided leadership through the process.

Although there were many factors pointing to a “good fit” for the health systems, bringing together two large entities still required a great deal of work.

“I was intimately involved with negotiations, regulatory issues and organizational challenges of the partnership,” she says. “Also, I needed to look ahead to post-transaction operations, even as I focused on the numerous legal details of the combination.”

In her advisory capacity to St. Joseph Health senior management, the board of trustees and a board subcommittee dedicated to evaluating the combination, Dwyer helped guide the groups through difficult decisions.

“The overriding question I continually asked all parties was, ‘Does this make sense and will the combination allow us to better serve the needs of the communities?’ Overwhelmingly, the answer was that it made sense and together we would be better able to transform health care,” she explains.

One of Dwyer’s methods of staying focused during and after the transaction, was to take inspiration from the founding religious women of St. Joseph Health, who advised one another to weather significant change with “faith, foresight and flexibility.”

“Those words still speak to me,” Dwyer says. “They remind me that no job is too difficult with the proper mindset.”

Dwyer believes faith, foresight and flexibility will also guide her in her new role. For example, there’s no getting around the flexibility necessary to fiscally sustain the large Providence St. Joseph Health network, she says. One approach includes the creative expansion of revenue sources well 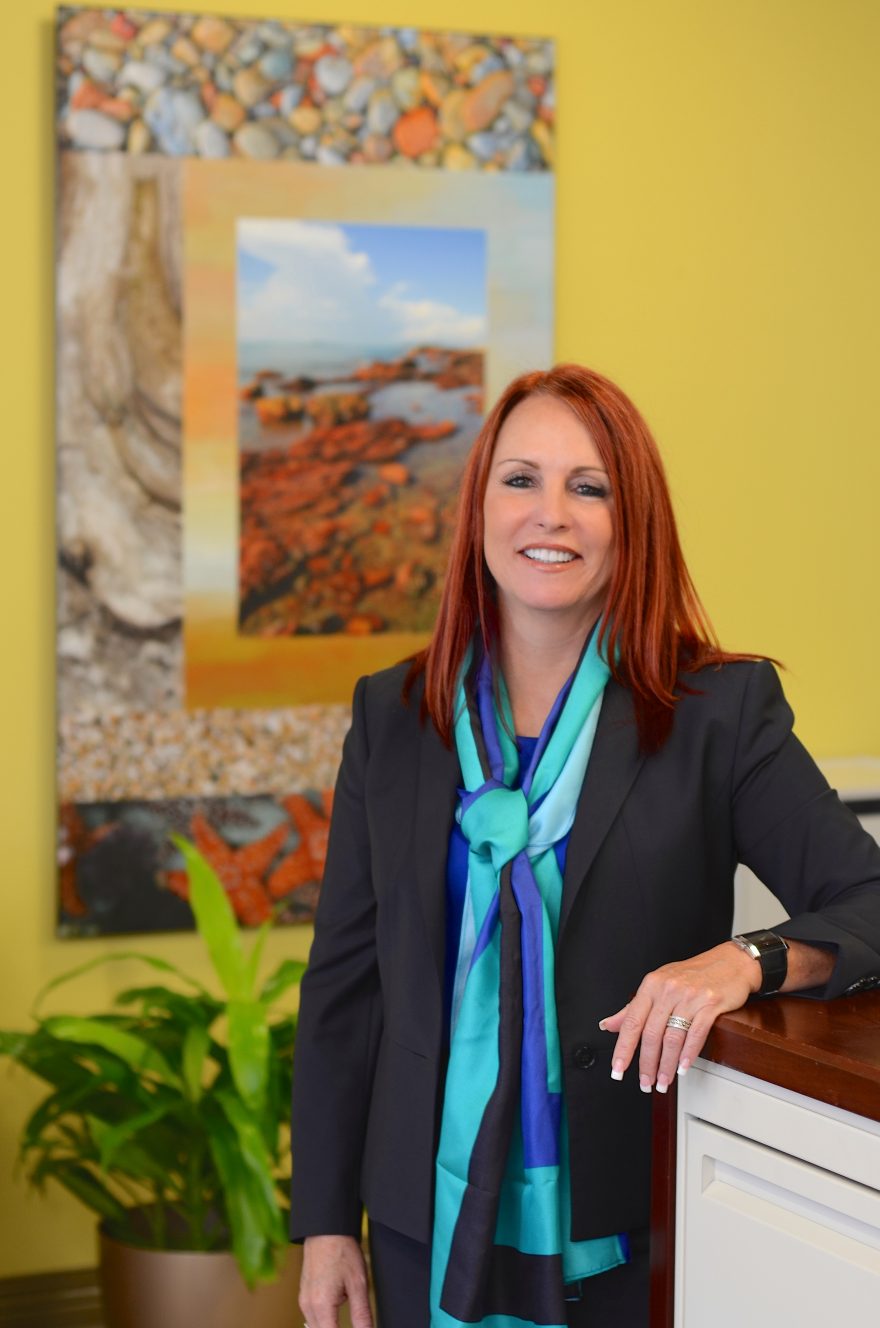 outside the traditional hospital model, including digital platforms, partnership with companies whose values align with Providence St. Joseph Health, and streamlining procedures without sacrificing the system’s integrity.

“We have seen a significant increase in patients in the first year since we came together, and many of these patients are the most vulnerable. It’s become imperative to generate new revenue to support everything we are doing to make peoples’ lives better,” says Dwyer.

For all her success, Dwyer followed a somewhat unconventional path in her career (another example of being flexible throughout the years). Raised in New Jersey as the oldest of five children, she was inspired by her father’s work as a radiologist. However, medicine wasn’t for her, and she credits her grandmother with inspiring her to pursue a legal career.

As a political science major, Dwyer married young and upon graduation moved to southwest Florida, where hospitals are among the biggest employers. At least initially, her first job was humbling, working as a receptionist and clerk at a hospital in Port Charlotte, Florida, that was part of Bon Secours Health System.

Over the course of seven years, Dwyer was promoted to assistant director of health information services, and had the opportunity to interact with doctors and executives, getting a sense of healthcare’s  logistics from behind the scenes. A progressive health system, Bon Secours had a tuition-reimbursement program that enabled Dwyer to earn a master’s in health administration from nearby Nova Southeastern University. That would prepare her for bigger and better things.

Dwyer opted for law school, which meant a cross-country drive to enroll at California Western School of Law in 1993, where her studies would include healthcare administration and management. During the summer of 1994, she volunteered with the Legal Aid Society of San Diego, which assists the homeless.

“My work with Legal Aid reinforced my desire to be in healthcare, although from a lawyer’s role,” she says. “I was in a position to indirectly help people in great need, some of whom were veterans and challenged by mental illness. It was so satisfying to make a difference.”

That difference she would make would only become more profound.

In March 1998, she joined St. Joseph Health as corporate counsel. Over the years, she progressed to associate general counsel, deputy general counsel and, in 2006, became general counsel, the role Dwyer would retain until becoming special adviser. During her time at St. Joseph Health, Dwyer co-founded the Family Advocates Program with her colleague Tara Cowell. The medical-legal collaborative is designed to improve the health of low-income patients by addressing legal matters that may impact their well-being.

Dwyer expects she will continue to advocate for more community-minded initiatives, sure to be well-received at Providence St. Joseph Health, which contributes heavily to community benefit programs, she says. As CEO, Dr. Hochman himself often weighs in to advocate for and support programs that assist the most vulnerable, as evidenced by his recent blogs that underline the need for healthcare to be regarded as a basic right.

Dwyer considers it an honor to be part of Providence St. Joseph Health and now serve as a trusted counsel to Dr. Hochman.

“Not everyone has the opportunity to get up every day and go to a job that makes them happy and fulfilled,” she says. “It’s an opportunity to bring your whole self into an organization and contribute your talents and gifts in a way that’s meaningful.” 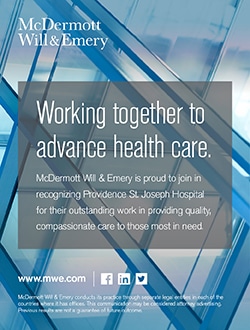 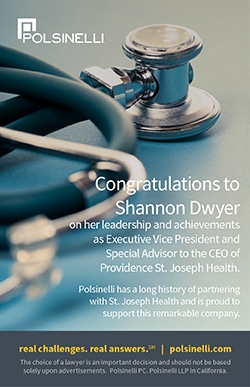 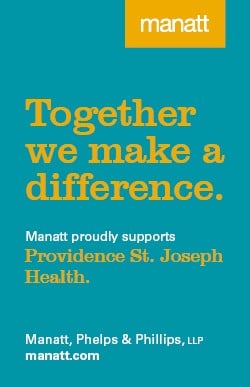 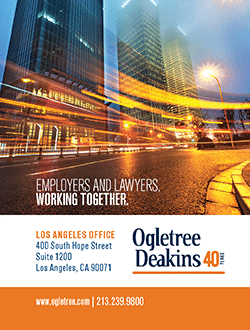 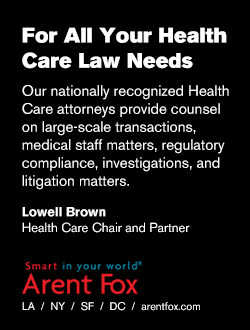