Going by the letter before litigation

It’s not a magic pill—nothing really is—but over 50 clinical studies have attested to the positive effects of Chromax® as a weight-management supplement as well as for cognitive function and an all-around healthy glucose metabolism. 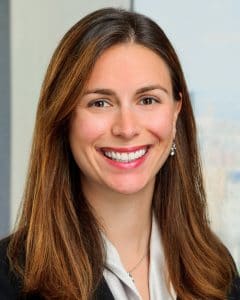 Chromax, chromium picolinate, has been affirmed as GRAS (generally recognized as safe) for use in foods and beverages, and is one of the many nutritional products sold by JDS Therapeutics LLC.

It’s valuable enough to be protected by many of JDS’ patents, but sometimes even that doesn’t seem enough. In a health-conscious world, there’s big money in supplements, and it’s up to JDS’ 34-year-old general counsel to ensure that company patents are being protected. In such a lucrative space, infringement is an unfortunate and unavoidable byproduct. There are multiple forms of chromium on the health-care market, and it is Sara O’Brien’s job to ensure that they do not infringe upon JDS’ patent portfolio.

“We have so many brand names, and we have to protect all of them,” says O’Brien from JDS’ facilities in Purchase, New York. “I have sent multiple letters to companies that try to ride off our coattails and sell knockoffs. We protect our patents; the money we spend on research and development can only be justified when the product commands the necessary price.”

Worth a good read

Prior to a wide-ranging interview with Vanguard in late August, the personable O’Brien had just dealt with a competing company trying to trademark “Chromax.” It wasn’t the first time JDS had to aggressively protect its intellectual property.

Before O’Brien arrived at JDS in 2016, the company and its subsidiary, Nutrition 21, had forced confidential settlements and license agreements with multiple entities, including SuperNutrition Life-Extension Research Inc., Pfizer Inc., Wyeth LLC and Wyeth Consumer Healthcare LLC, to name a few. Eternal vigilance is a must when it comes to intellectual properties. All too often, she discovers that someone has been reselling JDS products on Amazon or eBay.

In most cases, O’Brien says a polite but strongly-worded letter to the other company can be enough to at least get the two parties seated to discuss a settlement. It’s all the more favorable to either side if costly and time-consuming litigation can be avoided, O’Brien says, but as JDS demonstrated before she came aboard, the company cares about patent and principle.

“If a company tries to sell a competitive product that we believe infringes one or more of our patents, it’ll be my job to ascertain whether that competitive product actually infringes on our patent claims,” she explains. “If I believe the product is actually infringing, we then have to decide if it’s financially viable to move forward and litigate. If they’re a tiny company and the potential damages are limited, the cost of litigation might preclude us from moving forward. Of course, it may not. There’s a lot of risk analysis and a weighing of the costs and benefits.”

There certainly wasn’t much risk in JDS entrusting O’Brien to oversee this end of the business.

It wasn’t that many years ago when O’Brien seemed destined for medical school. Strong at math and science, she was taking the prerequisite courses at Carnegie Mellon University, and while her grades had her near the top of the class, O’Brien saw limits to how far she could proceed in medicine. 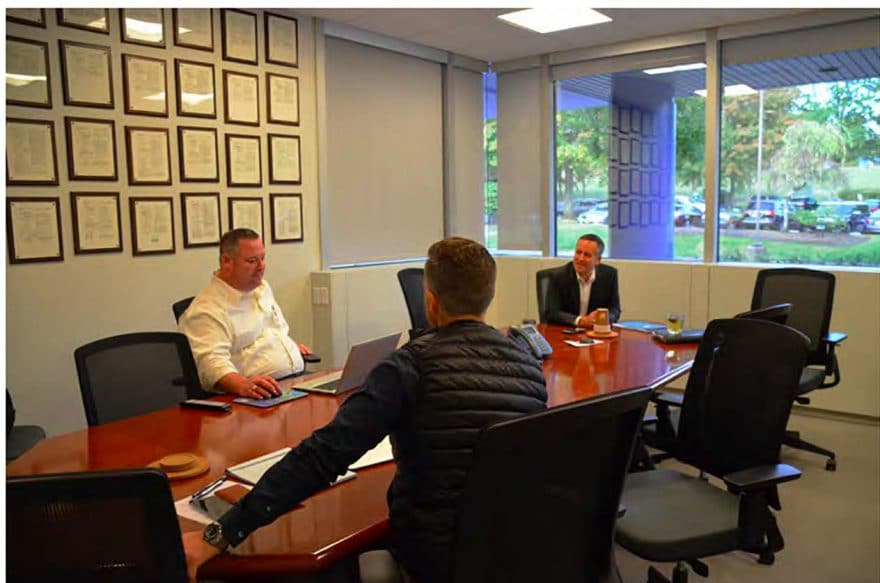 “My sophomore year I realized I couldn’t stand the sight of blood,” O’Brien says with a chuckle. “But I did enjoy studying science.”

She’d still do the necessary lab analyses to graduate with high honors in biology and psychology, but the operating room wasn’t in her future. Nevertheless the sciences, she realized, were ideal for conditioning a young mind to the kind of critical thinking so necessary for legal work, and her next stop was the University of Connecticut School of Law,  where she also graduated with honors.

Mixing science with law was something O’Brien would do early in her legal career, picking up valuable patent experience on the pharmaceutical and biotech front as a young attorney with a couple of  prestigious firms—Wilkie Farr & Gallagher and Ropes & Gray. Also well-versed in such areas as complex contracts, licensing and supply agreements, and bankruptcies, she was well positioned when JDS Therapeutics—founded just a few years earlier—needed a general counsel.

“Sara’s intellectual property experience and industry knowledge make her a prime addition to the team,” Michael Satow, CEO, said of her hiring. “We view her role as a sign of our commitment and dedication to supplying our customers with patent-protected, clinically-substantiated and innovative ingredients. We are confident that Sara will play a vital role in our business.”

That she has, being an ideal fit—a young lawyer with a young startup  company, both capable and ambitious.

Making the grade at JDS

While O’Brien doesn’t consider a science education necessary to handle legal work in the health-products industry, she does find it helpful. It puts her on better footing while interacting with the research and development department, although she’ll concede that it’s best they handle that end of the business.

“They’re the ones on the cutting edge, but it helps that I understand the basic principles and have a working knowledge of what they’re doing,” she says. “I may not be on the same level, but I’m not completely lost. Sometimes, though, I feel like I’m back in school.”

Those lessons may never end. Not as JDS goes for a bigger bite of the burgeoning market for health-care supplements.

JDS comprises two wings, JDS Women’s Health and Nutrition 21. The former includes such products as Relizen, a non-hormonal reliever of hot flashes and other menopausal symptoms, and Serenol, a non-prescription, non-hormonal option for relieving PMS symptoms.

Aside from Chromax, Nutrition 21’s line includes Velositol, which amplifies the effects of protein by increasing muscle protein synthesis, and Nitrosigine, which boosts nitric oxide levels so vital to increasing blood flow to working muscles. 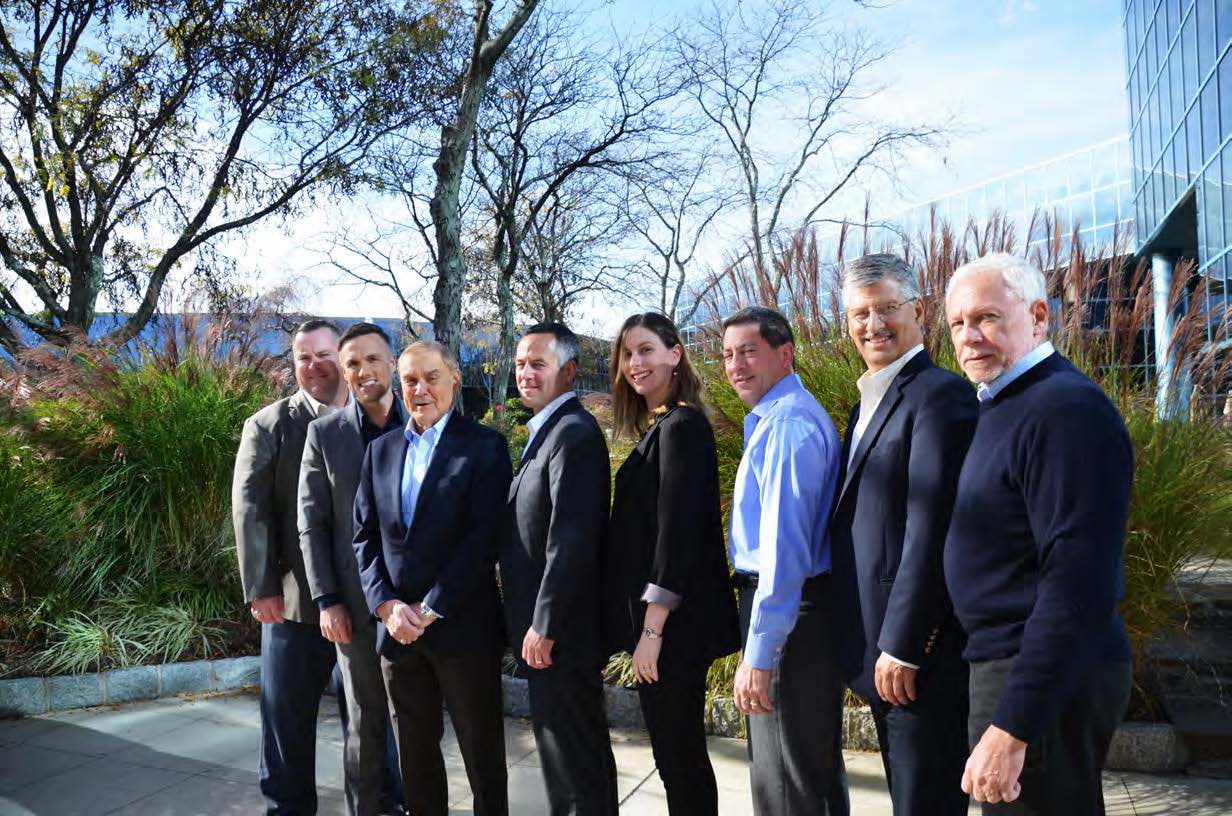 Ever looking ahead, JDS welcomes inquiries from prospective partners equally committed to providing high-quality health care products. The company welcomes interaction with academic institutions, inventors and pharmaceutical companies that can provide a product ready for clinical development within 18 months of acquisition.

So there would seem to be a lot on O’Brien’s plate to keep her busy, and she says there’s never a dull day at the office. Among her early accomplishments was establishing a document retention policy, as such seemingly mundane tasks had fallen behind during the company’s early growth. As O’Brien reminded her new colleagues, the FDA and other governmental agencies care about documentation being in order. She certainly wants things ready should JDS find itself in another patent litigation.

Taking a cue from her work at the law firms, O’Brien also organized regular gatherings for JDS’ women, many of whom are also mothers balancing home and professional lives.

Being an in-house lawyer has its advantages, high among them being counsel to one client, but demanding almost total immersion. Having done well at the firms, O’Brien was ready to commit to JDS.

“But I do miss some aspects of being at the firms,” she says. “I haven’t been to court since leaving big law life, and I did like the excitement of preparing for trial. Here my strategy is to first find a solution that can avoid a trial. Despite the disputes we’ve had with other companies, I’ve been able to find those solutions and forgo litigation. But I’m ready to utilize my patent litigation background and litigate, should the situation ever arise.”

Her bosses are quite content with that, even if it makes the general counsel’s life a little less exciting. 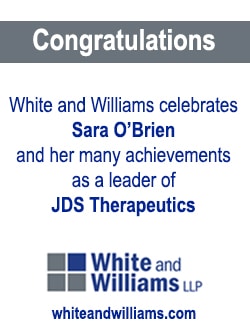