During his legal career, Gonzalo Aguirrebengoa may not have been to the ends of the earth, but don’t count him out on trying.

Born in Argentina, he lived in Chile, Peru and Venezuela before coming to the Chicago area as a legal manager for Komatsu, the Japanese manufacturer of heavy industrial equipment used in construction, mining and forestry. 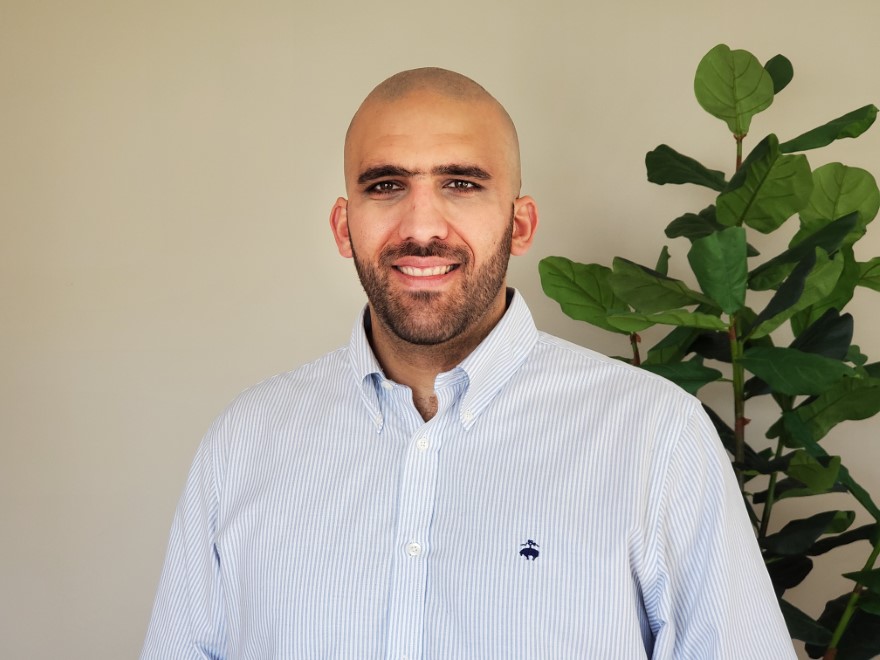 Aguirrebengoa came to the U.S. for professional and personal enrichment and has immersed himself in Komatsu’s original equipment manufacturer practices and the sale of parts, products and services through a network of distributors.

Though he handled some aspects of distribution law and OEM arrangements in Latin America, his work in Chicago is adding to a skill set he wants to continue expanding.

“I don’t see legal counsel as a bureaucrat or that it only serves to answer from the legal dimension,” Aguirrebengoa says. “We’re here to make things easier while ensuring compliance, ethics and sustainability.”

Before joining Komatsu in Chile in 2011, Aguirrebengoa was a litigator and worked for the first administration of Chilean President Sebastián Piñera.

His work spanned the gamut of duties to supply equipment to the nation’s mining, construction and forestry industries. In that framework, he managed the corporate agreements and assisted in working with Komatsu distributors in 20 nations in the Caribbean and South America. Beyond that, he standardized contracts and improved the quality of advice and efficiency within the companies while managing work with outside counsel. 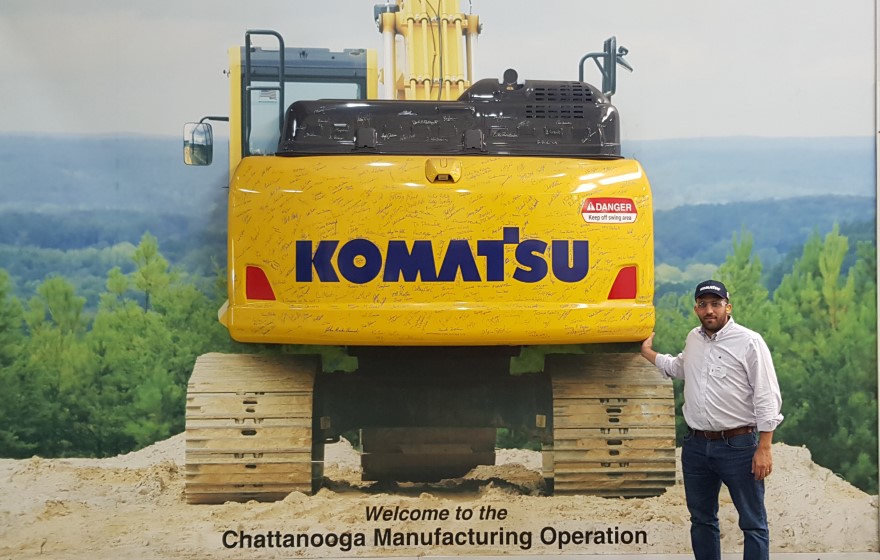 Compliance also took on increased importance, with Aguirrebengoa restructuring the five-person legal department as the company implemented policies and procedures to document anticorruption, export control and anti-drug efforts. It was a long process that also required working with unions, he recalls.

“It can take plenty of time to properly implement the measures and train the employees,” he says.

While helping to shore up and strengthen Komatsu’s compliance programs, he was also looking to enrich his knowledge about Komatsu’s business. So, in 2018, when the opportunity arose to join the legal team at its U.S. operations based outside Chicago, Aguirrebengoa was ready to pack his bags.

“When I was young, I lived in different countries,” he says. “Being in different places makes you easygoing because you get to know people and be interactive. For months after I arrived here, I got to know a lot of people.”

In Chicago, Aguirrebengoa is applying his specialty in distribution law—the regulations and contracts governing the supply chain and distribution of Komatsu products. He’s also providing a bridge to the Latin American team when needed, he adds. 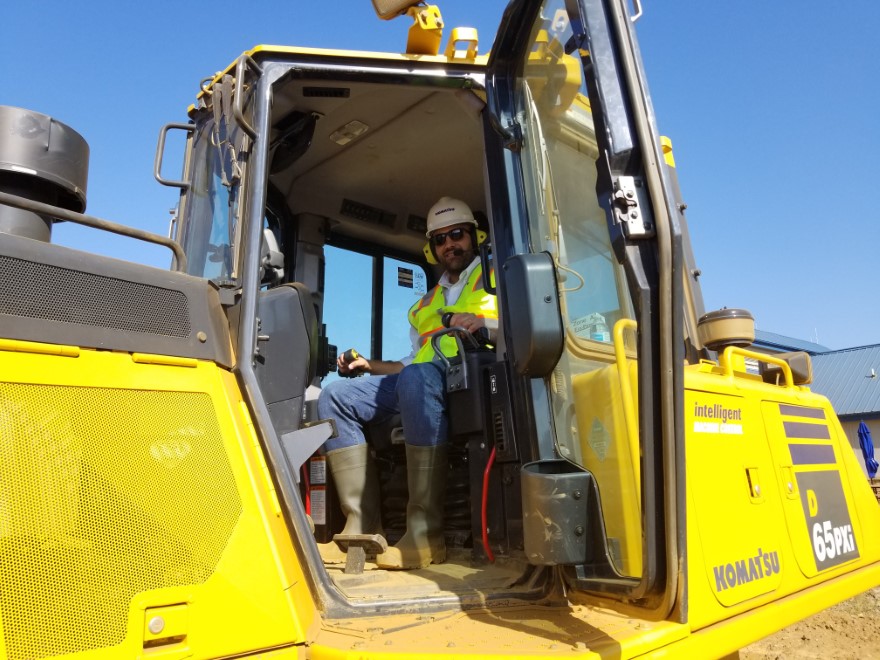 Aguirrebengoa’s work in the U.S. supports the Japanese concept of “gemba,” which is one of Komatsu’s seven guiding principles. Gemba, translated here, means going to workplaces to see, experience and learn about operations in order to create the foundation of Komatsu’s policies, strategies, improvement plans and other vital initiatives of its business teams, he explains.

“I like to work in organizations because you interact with people from different professions and areas,” Aguirrebengoa says. “You can learn about things completely different from legal—like engines.”

Though he may return to Chile in 2022 and continue to serve as a legal bridge between North American and Latin American legal operations, Aguirrebengoa’s life experiences indicate he may someday be on the move again.

After his family had moved to Chile, he pursued his legal degree at the Pontificia Universidad Católica de Chile. Even before he graduated in 2006, Aguirrebengoa had joined the firm of Rivadeneira Colombara Zegers as a legal associate.

JD in hand, he became a litigator in civil, commercial and criminal cases and loved creating the strategies to argue such cases.

“I miss the adrenaline of the litigation, but I don’t think I would litigate again,” he says. “I don’t miss the daily stress of deadlines and courts. Being in-house allows a bit more distance.”

In December 2010, Aguirrebengoa was named chief of staff for Intendencia Metropolitana de Santiago, where he supported and provided legal counsel to the regional authority in Chile’s capital city, while serving in Piñera’s administration.

“It was a political position that allowed me to learn the state apparatus and know the realities of my country,” Aguirrebengoa says. “In turn, that helped me to enter the corporate world and develop positively.” 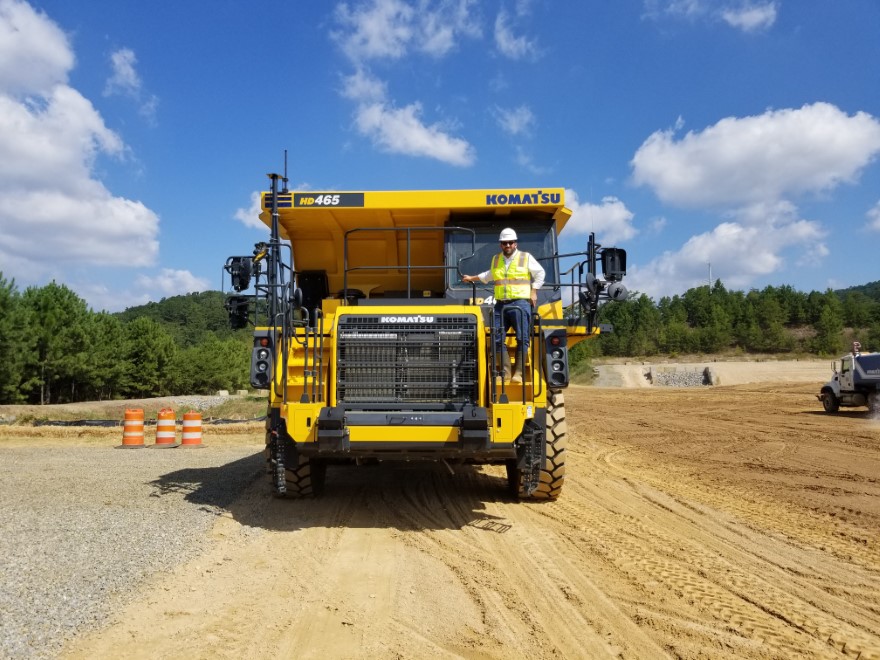 He entered that corporate world in November 2011 when he became a senior counsel at Komatsu Cummins Chile Ltda., first working specifically on negotiating and drafting mining supply and service contracts for the company’s Latin America operation. In April 2013, he was named deputy manager of legal affairs and then manager of Chilean legal affairs in July 2016, leading the legal department for Chilean operations.

Aguirrebengoa and his family have enjoyed living in Illinois, finding plenty of time for outdoor recreation, even as he absorbs how the company works in the U.S.

Though he can’t predict what’s coming when he returns to Chile, he’s excited for whatever the future holds at Komatsu.

“It’s an excellent company where I have been able to grow,” Aguirrebengoa says. “It’s a company that cares a lot about human capital and the Japanese philosophy of excellence in customer service.” 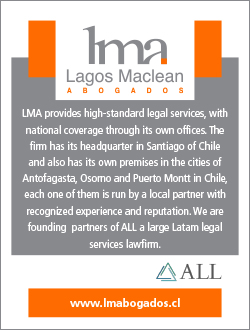