Small gestures can go a long way towards making someone feel included.

For example, pronouncing someone’s name correctly tells them you see and respect them. Too often, though, people try to Anglicize or simplify names they’re not familiar with, Grace Garcia Cooke says. 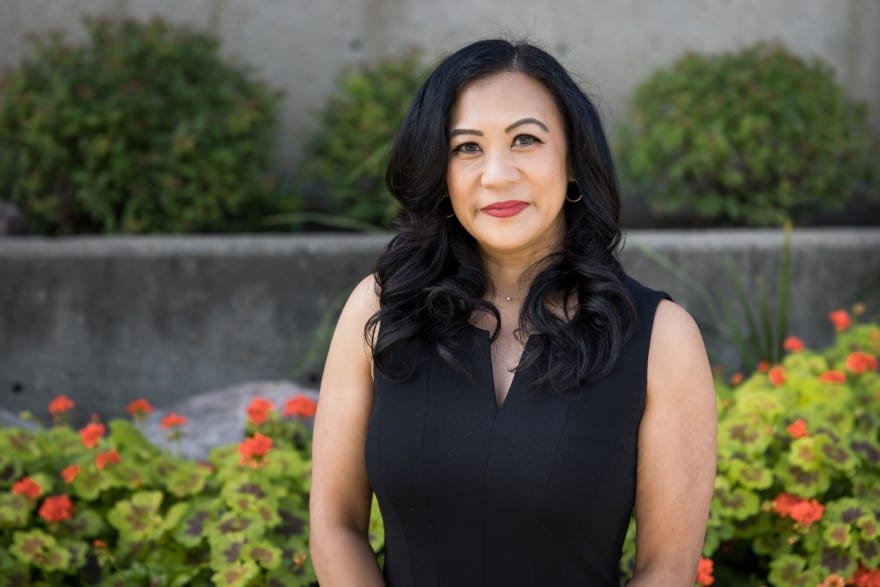 The general counsel for Edmonton Public Schools says this can make people feel like they don’t belong or that they’re not safe. Through an anti-racism and equity steering committee she serves on in the school division, Garcia Cooke and her colleagues are working to address these microaggressions and other forms of discrimination.

“Schools are a reflection of the community, so one of the most important things our superintendent and board of trustees did was acknowledge that we have systemic racism within the division,” she says. “Without that acknowledgement, how could we address the issue? As a woman of color and the mother of a bi-racial son, this means so much to me.”

With more than 106,000 students in 215 schools, Edmonton Public Schools is the second largest school division in Alberta, Canada.

In May, Superintendent Darrel Robertson, who was named Canadian superintendent of the year for 2020, and the board of trustees, held community listening circles to hear from students, staff, parents and community members about their experiences with racism and discrimination.

“It was hard to hear everyone’s stories, but it was important because it allows us to better understand their experiences,” Garcia Cooke says. “I have my own lived experiences, but I still have more to learn.”

She says what was shared during the listening circles will guide the work of an anti-racism and equity steering committee that was formed in June. She and other staff within the division, including some with formal anti-racism training, make up the 11-person committee.

The steering committee  will work on an action plan the school division is developing to address racism and inequity while also guiding the work of three division subcommittees. The subcommittees include one to help schools support students and staff; another to determine how the division can collect demographic data; and a third to review human resources policies and processes.

Despite the formality, what’s most important is to listen, Garcia Cooke says.

“You really have to feel the work,” she says. “It’s not just an intellectual exercise. The common thread is that we want to do better and ensure that students feel safe and that they belong.”

Garcia Cooke also ensures students’ safety by helping mitigate the risk of spreading COVID-19. She has worked closely with division leaders throughout the pandemic to monitor and follow guidelines.  The province of Alberta has recently confirmed that each school division can make its own decision about mask mandates, and Garcia Cooke says Edmonton Public Schools has decided to continue requiring them.

“We’re not medical experts, so we rely on the people who are,” she says.

Over the past year and half, Garcia Cooke has been monitoring all public health orders and meeting with department heads to answer their questions and provide legal advice as needed. Everything Garcia Cooke does comes back to the well-being of students, she says.

“This is a public service job,” she says. “Even though I don’t have a direct connection with kids, I still feel that I have an impact.”

As a first-generation Filipina, Garcia Cooke knows her impact extends beyond the legal advice she gives.

“It’s important that someone who looks like me can hold a position of influence within a school division this size,” she says. “It’s important for kids to see a woman of color do this and know that they can do it too.”

Garcia Cooke says her ambition and drive was instilled in her from a young age by her parents, who immigrated to Canada from the Philippines in 1968 and 1970, respectively. Having seen “their sacrifice, struggle and ultimate triumph to adjust to a new culture,” she says she’s always wanted to live up to the dreams they had for her.

She started her career working for a sole practitioner in general practice before moving to a large law firm in Edmonton, where she worked primarily with municipal clients.

Six years later, after giving birth to her son prematurely, Garcia Cooke reevaluated her life and decided to pursue work in the public sector. She then spent 12 years leading the legal department of the Alberta School Boards Association  before being recruited to Edmonton Public Schools.

Now, five years into the role and 23 years into practicing law, she says it’s the best job she’s ever had. Working in law and education while doing anti-racism work allows her to share her perspective in ways her parents only dreamed of.

“I know we’re not going to solve everything in my career or even in my lifetime, but the fact that we’re taking intentional steps forward is really gratifying,” Garcia Cooke says. “It means so much to me to play a role in this.” 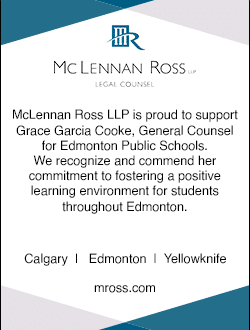 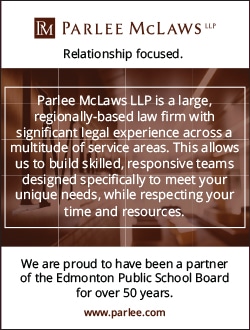