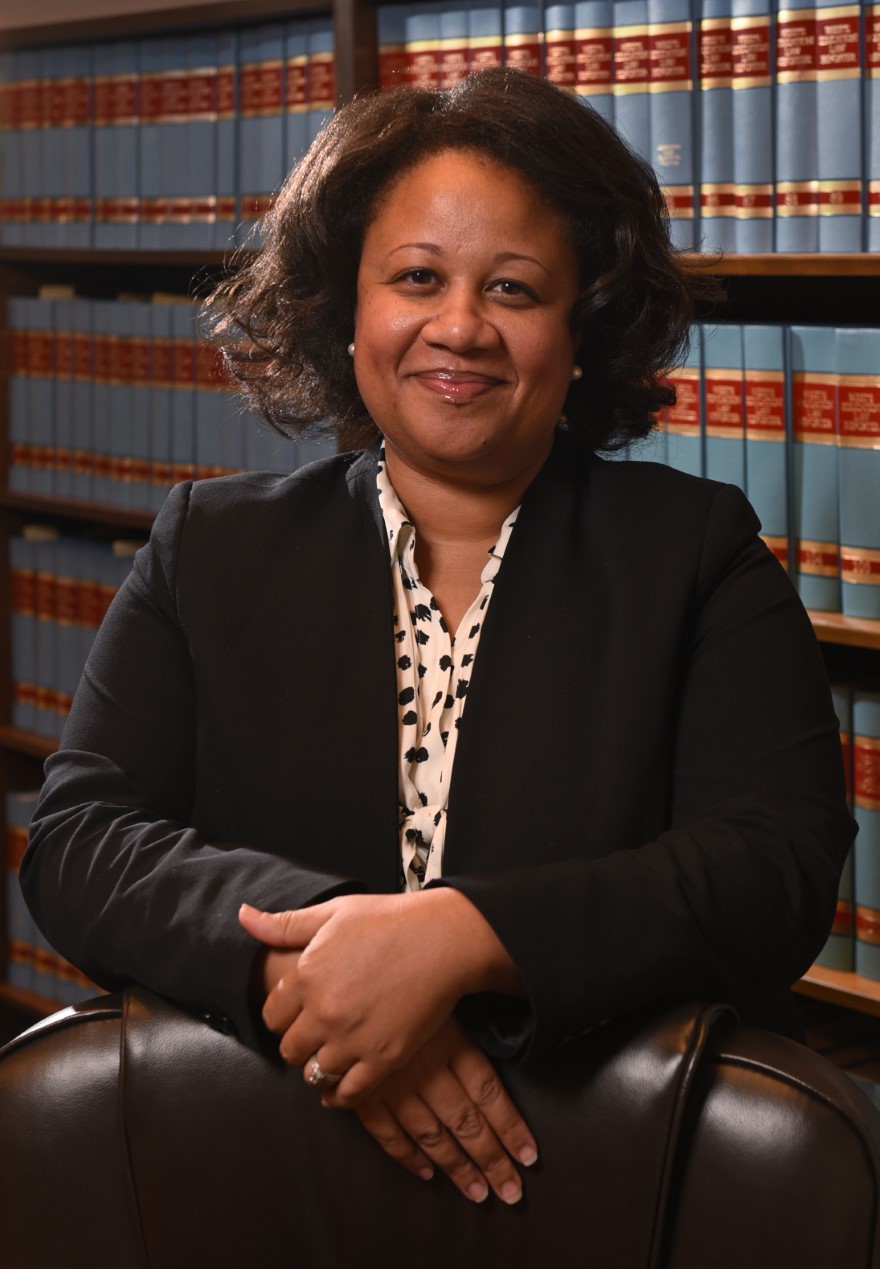 Dionne Tunstall Jenkins has never been far from a classroom. Not in her role as general counsel for Winston-Salem/Forsyth County Schools. Not when she used to visit her father’s classrooms during summer breaks, and certainly not when she established her own classroom at home with old textbooks and a blackboard and taught her stuffed animals.

As general counsel, she’s something of an anomaly—in-house legal roles are not frequently found in North Carolina school districts. But as she notes, the value she adds allows a proactive approach to legal issues the district faces, while she advises the school board and administration on policies and strategies.

“A lot of in-house counsel look at their job simply in terms of reducing risk, but I also look at it as: How does the work I do impact students?” Jenkins says. “A lot of things coming across my desk are not positive, but everything I do positively impacts kids, even indirectly.”

These days, Jenkins’ desk has been especially full and the issues especially difficult—COVID-19 alone ensures nothing is routine as she develops policies promoting safety and equity for Winston-Salem/Forsyth County students.

“This has been a challenging year,” she says. “In my opinion, aside from the medical profession, the education field is the most challenging with trying to navigate the coronavirus pandemic.” 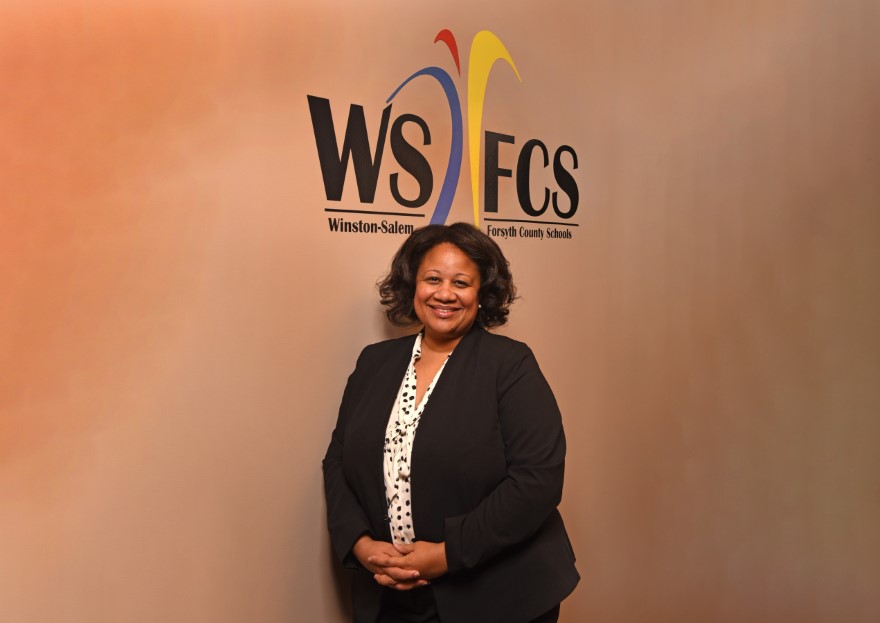 In January, Jenkins was readying a comprehensive review of school district policies, to both accommodate new federal Title IX guidelines ensuring equity in education, and to review some policies that hadn’t been evaluated in years.

It was no small task—Jenkins and Superintendent Dr. Angela Hairston were assembling a review committee for a process expected to take three years, but the overhaul was long-needed and well-supported.

Within weeks, the process was on hold—it will happen eventually, Jenkins vows—but as the coronavirus pandemic arrived, she and an executive cabinet assembled by Hairston began preparing for the worst. 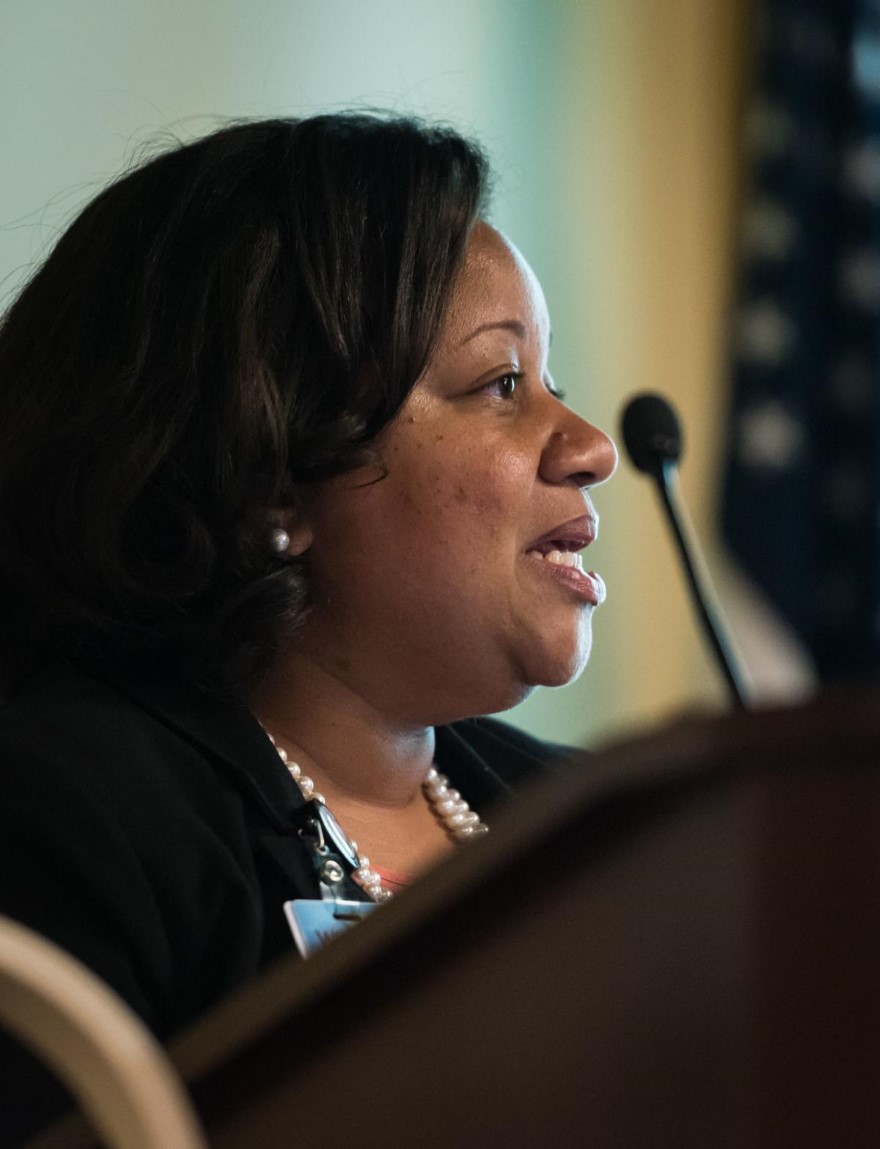 “From the beginning for me, it was a question of minimizing and preventing exposures to liability and breach of duty,” Jenkins says. “We needed to have a plan and stay in constant communication with our healthcare partners and the local health department as we began setting guidelines and designing safety measures.”

North Carolina schools closed in mid-March and Winston-Salem/Forsyth County Schools remained closed when the fall term began, though it was moving toward a hybrid in-class and virtual learning plan, Jenkins says.

Closing schools provided some benefits by ensuring the coronavirus would not be transmitted through the schools, but opened other cans of legal worms, she adds.

Though plans were in place for the distribution of Chromebooks for virtual learning, Winston-Salem/Forsyth County Schools did not have enough to cover every student. So Jenkins had to ensure the district followed state bidding rules as it sought vendors to supply more devices and Wi-Fi hotspots. While following those rules, Jenkins also revised the Responsible Use agreement parents had to sign when students received devices.

She has also been part of each committee the school district established to work through the pandemic, to ensure that both due diligence and proper training on policies and procedures take place.

As Winston-Salem/Forsyth County Schools look to reopen, Jenkins is drafting or revising policies that cover working remotely, face mask use and student safety—in general “making sure we have airtight plans to minimize risks and follow all state safety regulations,” she says. 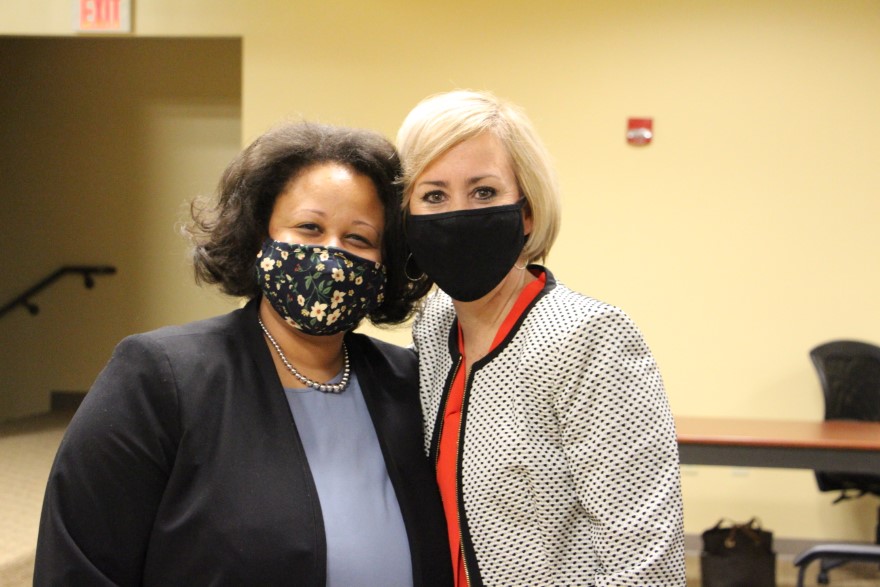 It’s a lot of detail and policies can change quickly as cases surge in the state, but Jenkins acknowledges that people are eager to have everyone back in their classrooms—safely.

“We have learned the importance of social interaction between students for their mental and emotional health,” she says. “Children want to be in school and virtual learning is not the ideal way to deliver education to all of them. Also, when children are in school, they’re fed and safe.”

Born and raised in Salisbury, North Carolina, Jenkins is from a family steeped in education. Her father taught in the public school system for 30 years and her mother taught adult education classes in consumer science. She also has several aunts and uncles who were teachers. 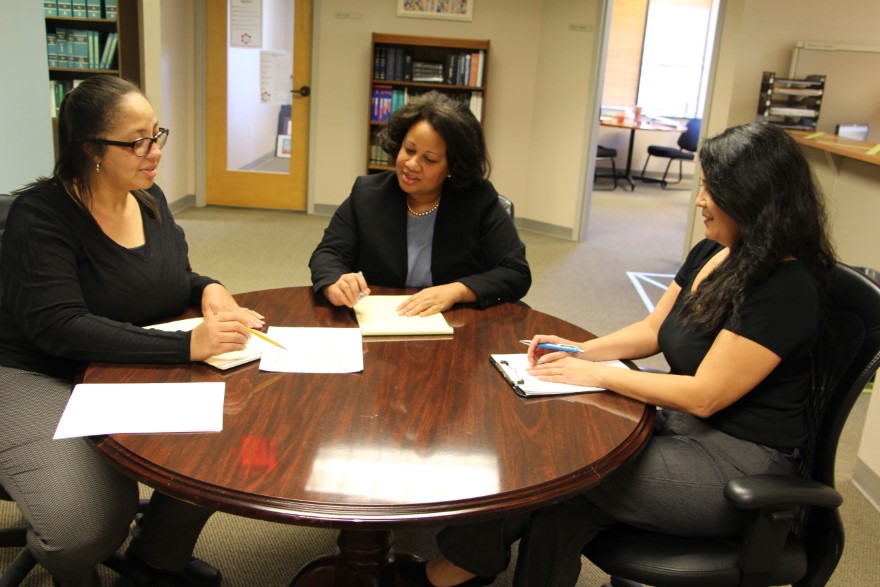 After receiving her bachelor’s in political science from Wake Forest, she earned her JD in 2006. Jenkins then worked in private practice for several years, handling criminal defense, family law, personal injury and general civil litigation cases before joining Winston-Salem/Forsyth County Schools as an assistant general counsel in July 2013. In 2016, she was promoted to general counsel.

Jenkins is joined by one staff attorney to guide the school district’s legal operations and likens the balancing act during these times to a partially submerged octopus standing on a slippery beach ball while juggling plates and bouncy balls.

But even when it seems the tentacles of her department are hard pressed to reach everything that needs attention, Jenkins says she is where she wants to be professionally and personally.

“This is a perfect marriage between law and education. Even though I’m not in a classroom teaching, I feel like I’m impacting students. For me personally, I feel as though this role I play is something I was always destined for,” Jenkins notes. “Throughout it all and no matter the challenges, I still love my job and I could not see myself doing anything different.” 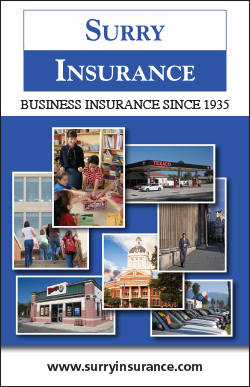