Sarah Mack comes from a family of educators who believe in the purpose and potential of public schools. So, it’s only natural that she would end up working for a public school district—albeit in a different capacity.

As general counsel for Everett Public Schools in Washington’s Snohomish County, Mack supports the teachers, administrators and staffers who are educating the citizens of tomorrow. She believes the adults running the district have a moral obligation to do right by its students, and she’s passionate about equitable access to education. 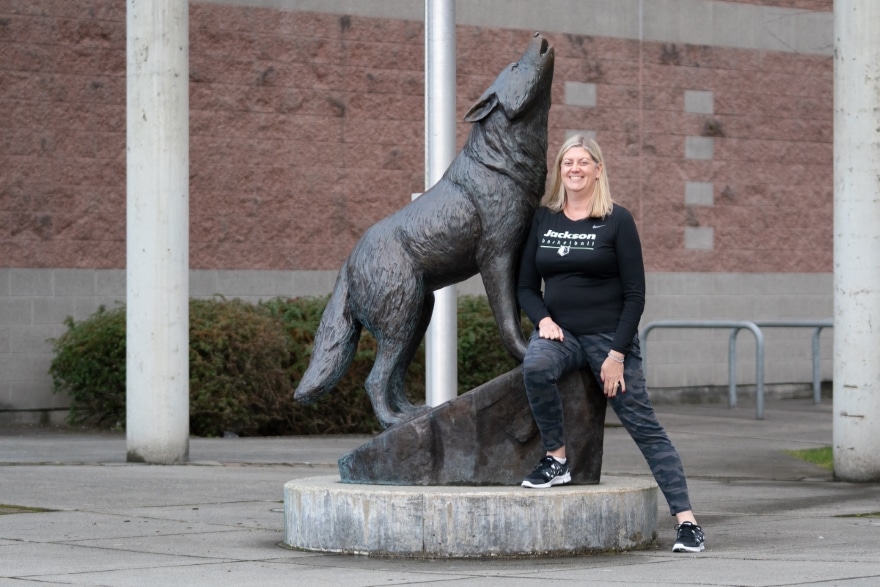 The way Mack sees it, she’s taking the burden of legal concerns off the backs of administrators so they can focus on their day-to-day responsibilities. Mack also makes time to interact with students directly.

“The best parts of my job are the ‘non-legal’ aspects,” Mack says. “I often get the opportunity to teach a class or present to a class on civics and legal issues. And to the extent I can mentor and support students who have legal aspirations, I’m happy to do it.”

Mack is the mother of twins who have attended school in the district since kindergarten, so when she says that Everett students deserve the best, she means it. Her daughters, who are involved in competitive cheerleading and basketball, were glad to see their mom sign on with the district in 2018—just so long as she didn’t make any appearances in their classrooms.

When Mack isn’t reviewing contracts for things like graduation and prom venues or data agreements, or working with outside counsel on active litigation, chances are she’s doing something to guarantee equitable access. That could be sitting on the EPS’s executive cabinet, providing support for the district’s strategic plan or advising the school board.

Recently, Mack assisted in drafting the district’s first Diversity, Equity, Inclusion and Belonging policy, which explicitly sets the district’s commitment to equitable practices. And she has been training district administrators on implementing the district’s discipline procedures to reduce inequities. 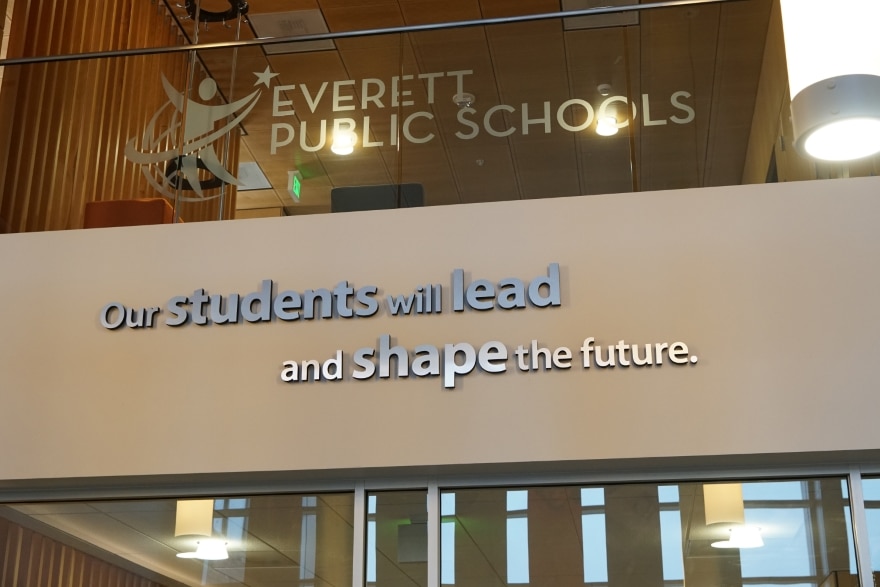 “Part of my job is to make sure that all of our students have equitable access and that we’re not doing things that create barriers,” Mack says. “So that’s definitely interwoven throughout our strategic plan, but it’s also something that I focus on in my day-to-day work.”

As the district looks to standardize technology, she’s also making sure there aren’t areas of the district that are getting things other parts of the district are not. Likewise, when there’s an internal complaint, Mack monitors the investigation to ensure that investigators are providing equal treatment.

“I recognize that our families come from a wide variety of backgrounds that contribute to their school experiences,” Mack says. “Everyone should feel safe, healthy, engaged and supported. I feel very strongly that everyone should have an equal voice and should be taken seriously.”

At the time, there wasn’t a lot of information being released. The student case came soon after the first known COVID-19 outbreak at Life Care Center, a nursing facility in nearby Kirkland. 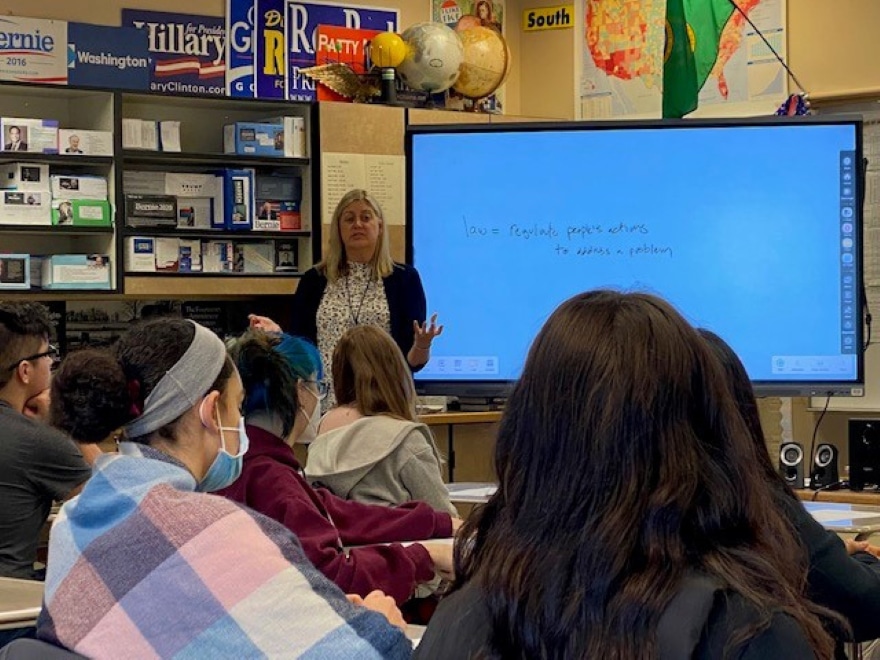 “We were trying to navigate how to deal with that situation, whether we needed to close the school and how much to inform the community—and also protecting the identity of the student,” Mack recalls. “Then, of course, our governor closed schools in March of 2020. And we had to quickly move to the challenge of educating students when schools were closed.”

Mack and her colleagues focused on making sure that elementary school students had laptops available—the older students already had their own district-furnished laptops—and on connecting people with efficient internet access. They set up hotspots where necessary. Roughly one week after the governor closed schools, the district had shifted to remote learning.

“With all the things that were attendant to COVID, and the fact that I’d only been a year in the school district at that time, it was the most challenging situation I’ve had so far,” Mack says.

Even though she’s long believed in the importance of education, it was a winding road that brought Mack to Everett Public Schools. She attended Boston University’s College of Communications and then moved to New York to work in public relations. While there, she got chosen for a jury case in Queens.

“I was probably one of the few jurors who actually wanted to be picked,” Mack recalls. “The whole process was fascinating to me, but I also kept sitting there thinking, ‘I can do better than this.’ So, it was then that I decided to try law school.”

After graduation, she clerked for a federal judge, working on cases involving everything from civil rights violations to patent issues. After her clerkship, she moved into private practice and began defending municipal entities. 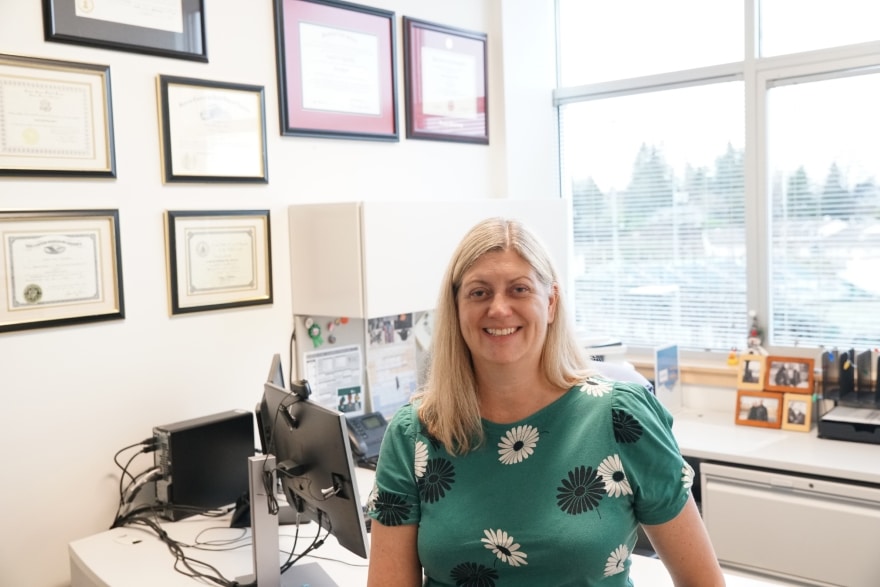 “I felt like the people I was representing were people who were showing up every day for not a lot of money and just trying to do the best job that they could,” Mack says.

One of the school districts she represented was Everett. Over time, Mack got to know its superintendent, whom she had represented earlier when he was with another district. When Mack heard about Everett’s looming switch from outside to in-house counsel, she reached out.

Now happy with her job, Mack spends her free time traveling the world with her family.

“When we went to Fiji, we actually arranged so that we could visit a school,” Mack says. “And we brought lots of school supplies with us so that we could donate them when we went there. I just want my kids to understand that there is a whole world out there that is not the same.” 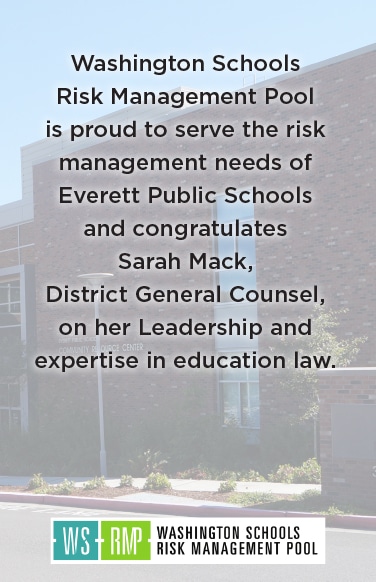 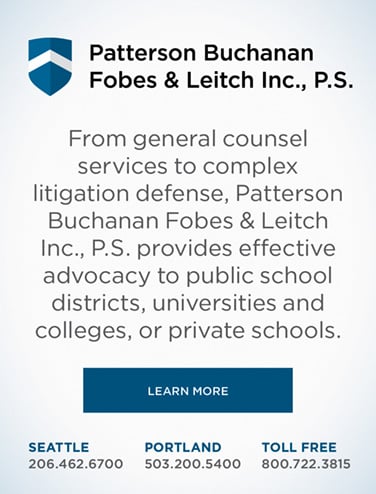 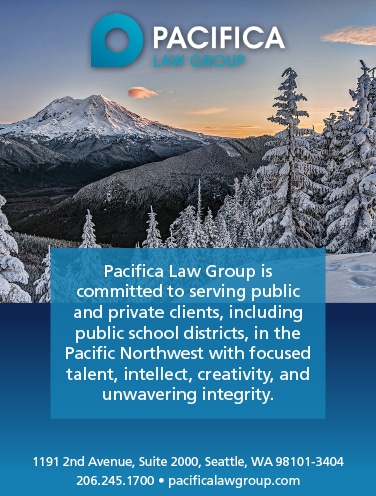