His role ever growing

Sometimes the people behind the scenes of a corporate spinoff can step into a more prominent role even if they weren’t directly involved in the run-up.

That’s seemed the case with James Camire and the expanded responsibilities he’s taken on at Vecna since last June. An associate general counsel since 2016, he wasn’t at the forefront when the info-tech solutions company neatly split into two self-service platforms in 2019. 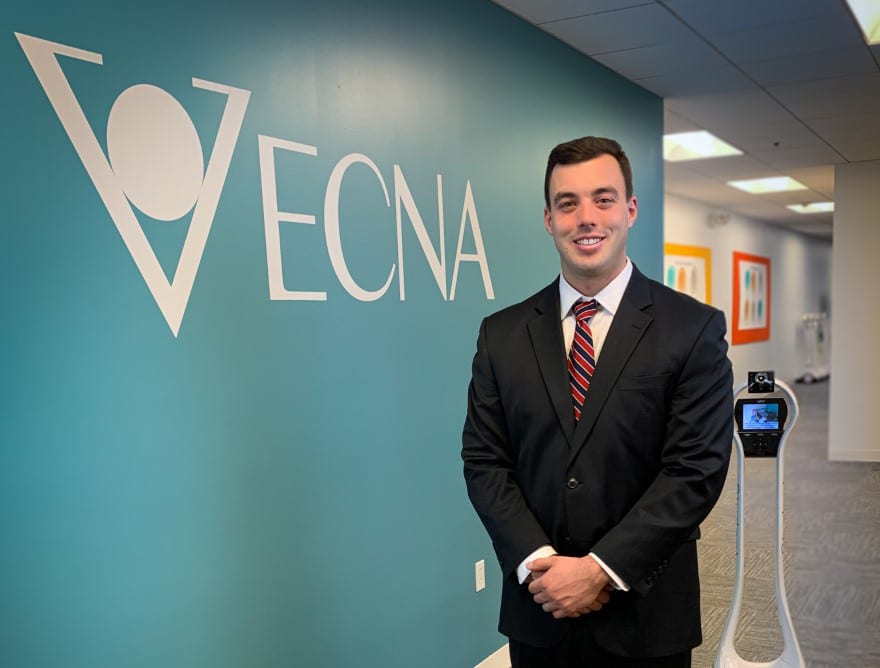 There now being separate divisions for health care and in-warehouse robotics operations, Camire has gone to the former entity as both general counsel and the only in-house lawyer. Having helped iron out the details of the split, factoring in how the workforce would be divided and being point man for legal filings and compliance, he’s now relishing the opportunity to position his employer for what seems an exciting future in the ever-evolving and very regulated patient experience, insurance and payment processing industries.

“Things are looking very positive,” the 29-year-old Camire tells Vanguard in December from Vecna’s health care headquarters in Burlington, Massachusetts. “We’ve been doing a lot of governmental work, but now see a lot of potential on the commercial side.”

From check-in to payment, Vecna specializes in automating a patient’s experience, and its largest client has been the U.S. Department of Veterans Affairs. While that partnership will continue, the firm is pursuing more contracts with private clinics and hospital groups, and that’s presenting a lengthy to-do list for Camire.

Much of it he says is fairly routine—the reviewing, editing, negotiating and renegotiating of contracts with vendors and customers, some of which date back to the mid-2000s. There’s much need for updating, he says, given the extra need for privacy and data security. It wasn’t that many years ago when Vecna’s stocks-in-trade were computers and other hardware which have since transitioned into an emphasis on software solutions. 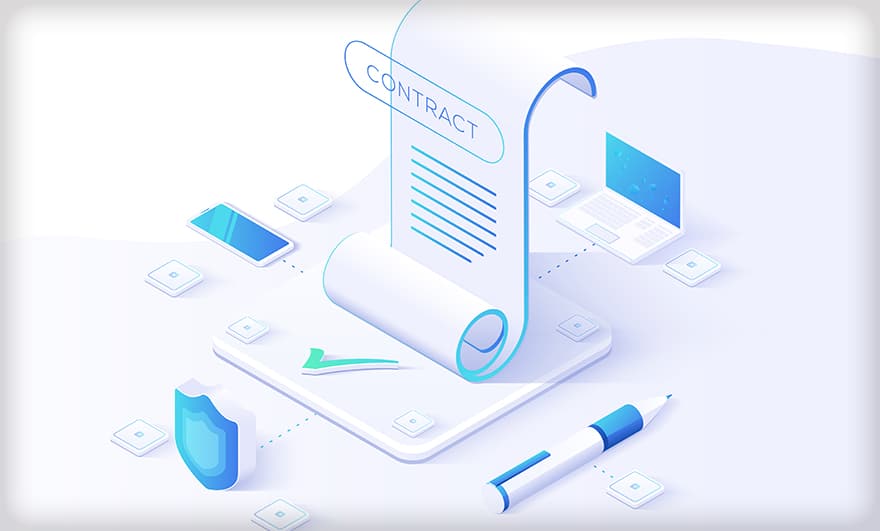 “We’ve redone all of our contract models, completely updated our internal handbook with outside counsel, and I’ve emphasized to the other teams how I must be involved with all that’s coming down the pike,” Camire says.

More commercial contracts being part of that incoming traffic, Camire notes what a “different animal” they are from government contracts, such as those with the VA. Any deal with a public entity is more regulated while a private contract contains more room for flexibility and negotiation.

“It’s always rewarding when you can sign a contract that’s beneficial to both parties,” he says. “I prefer a collaborative approach, whether it’s with the company or a client.”

With Vecna aggressively pursuing contracts with clinics and hospitals in New England and elsewhere, Camire should have ample opportunity to display his collaborative nature as well as oversee the firm’s interests on other fronts.

Camire has assumed a greater role in human resources and he’s proud of Vecna’s unlimited paid time off policy that enables flexibility in scheduling and eliminates the need to stockpile vacation days. 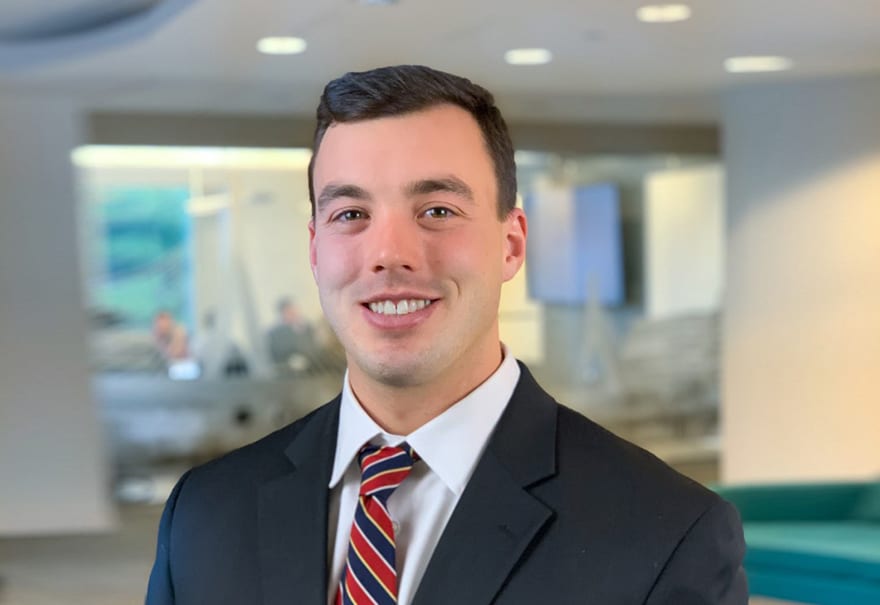 There also are intellectual property issues to oversee, as before the corporate split Camire trademarked Vecna’s innovative Pivot.al software that allows robotic vehicles to communicate in a secure and efficient manner, thus ensuring better customer service. He anticipates the need for further registrations as the product line expands and the marketing efforts evolve.

With anything health care-related being highly regulated, Camire must ensure Vecna is compliant on many fronts, including the federal Health Insurance Portability and Accountability Act (HIPAA) and its extensive privacy and security rules. Should Vecna electronically transmit any patient information to a third party that also transmits it electronically, Vecna remains accountable.

But it’s all part of the fun of being an in-house counsel at Vecna, which is where the young Camire has been since graduating Northeastern University School of Law in 2016. He acknowledges being something of an anomaly, given that the position of corporate legal boss is reserved for someone who has worked in private practice.

For all practical purposes, Camire’s private practice experience was limited to internships at the Boston firms of Stern Shapiro Weissberg & Garin and Sandulli Grace, which proved to be very valuable stints. Employment law appealed to him, and Camire was allowed to research issues and draft motions for employers and employees in matters involving sex, age and gender discrimination.

That just whetted his appetite for an in-house gig. Having a connection with the Vecna HR boss helped bring Camire to the attention of the company brass, and when welcomed aboard in August 2016 he’d immerse himself in its culture and prove a fine fit. 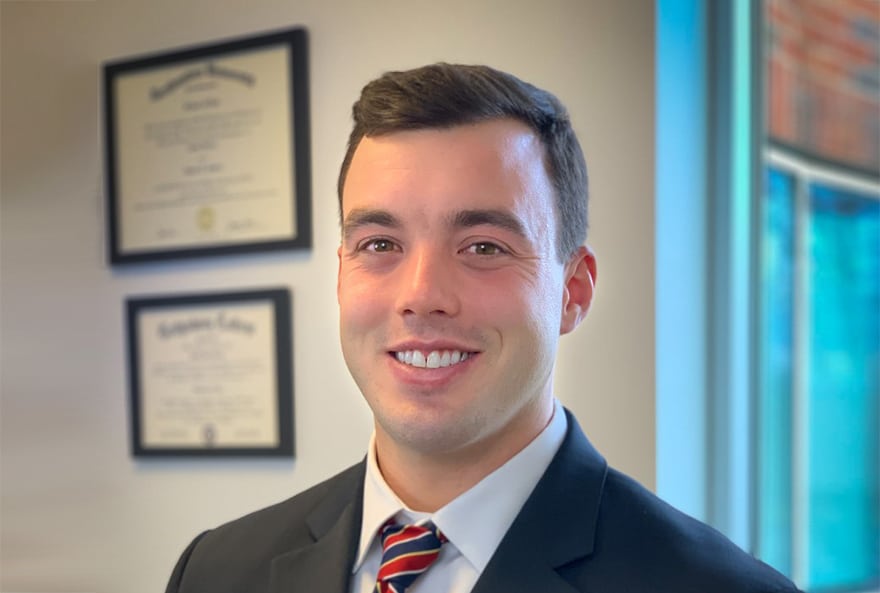 The ascent to general counsel may have been somewhat serendipitous, but he’s acquitted himself in the role. Aided by members of the finance team, Camire hasn’t found the workload to be overwhelming, though that could change as the commercial contracts pile up.

Vecna’s solutions allow patients greater access, billing transparency and convenience, while health care providers benefit from a competitive edge and valuable insights. Vecna even has a telepresence robot called VGo that provides a remote person with the ability to see, hear and move around in a hospital, clinic or school.

So there’s reason to be upbeat, and Camire figures he too has opportunity to expand beyond becoming general counsel in such short order. Among his extracurricular activities is advising, pro bono, the Vecna Cares Charitable Trust that provides technology and training to support and strengthen health systems in underserved areas. Then there’s the life he shares with wife Lauren K. Camire, also a Northeastern law grad and one who’s distinguished herself in product liability law at Cetrulo LLP.

“Only she’s the one who endures the stress of billing,” James Camire says with a laugh. 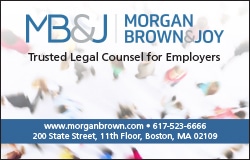