Hope in store through hi-tech

Rumors of the demise of brick-and-mortar shopping centers may be exaggerated, but perhaps not greatly. Many trusted old names are going to the ultimate clearance sale of no return. Those left standing tend to be those staying ahead of a hi-tech commerce curve which they may need expertise in navigating.

Such expertise can be found through JDA Software Group Inc., a supply-chain provider that harnesses cutting-edge digital technologies such as artificial intelligence and the Internet of Things for a multitude of industries that depend on items arriving and departing. If the shelves at one of your shopping haunts—be it grocery, clothing, hardware, big box, pharmacy—are stocked with whatever’s in demand, there’s a good chance that JDA’s software had something to do with it. 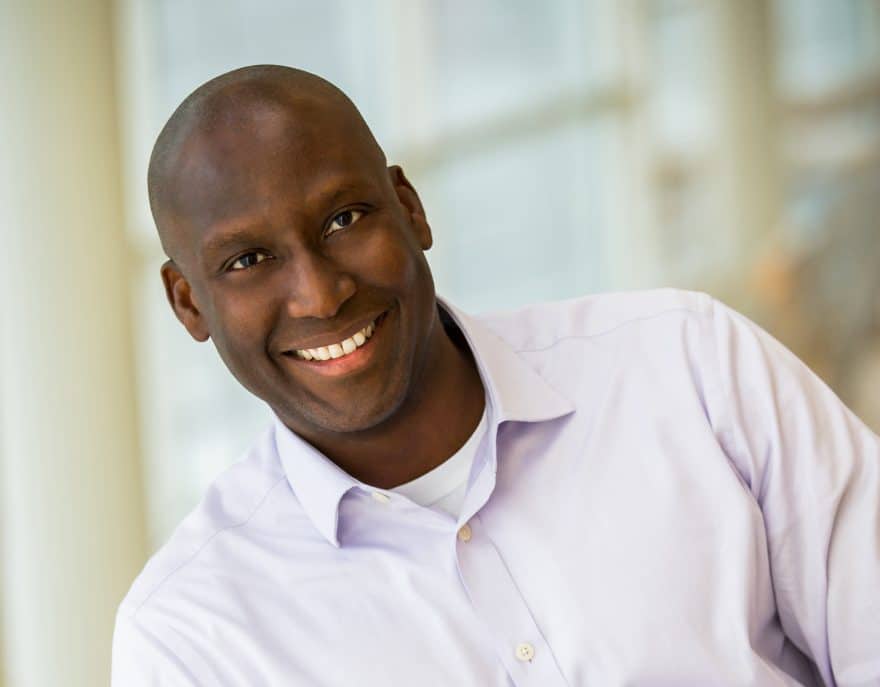 “We keep you clean, healthy and happy,” says Martin Felli, JDA’s chief legal and compliance officer in Scottsdale, Arizona, explaining that his employer’s techno-savvy plays a part in the annual arrivals of half the bottled water and soaps at American stores, 70 percent of medications and 165 billion brand-specific bottles of beer—whatever market share that might be.

Such stats may raise eyebrows, but they only begin to describe everything that JDA enables to travel from point A to B, which might be pretty much everything. The aerospace, defense, automotive, chemical and hospitality industries also depend on JDA’s supply chain software.

Felli, who studied political science before graduating from the University of Pennsylvania Law School in 1997, lets others handle JDA’s technical end, while he continues to position the company for continued prosperity in a very competitive and fast-changing industry.

He joined JDA in the fall of 2013, after in-house counsel roles at—in order—HBO, Clear Channel Outdoor and ECOtality, and there wasn’t much time for orientation four years ago.

That kind of instant, inorganic growth necessitated company reorganization, with much of the task falling on Felli’s to-do list. Attrition having depleted the legal team, Felli would increase it from eight to 32 with some of the talent dispersed to the United Kingdom, Singapore, India and Brazil.

If there was a common denominator among that diverse legal talent, it was being well-versed in business as well as law, each skill being necessary for an evolving modus operandi that seemingly dangled limitless potential for the kind of farsighted company that JDA aspires to be.

“It used to be that companies created products and sold them to people who needed them,” Felli explains. “Now, consumers essentially create the products through conceptualization, and expect the companies to deliver what they want, when they want and how they want it.” 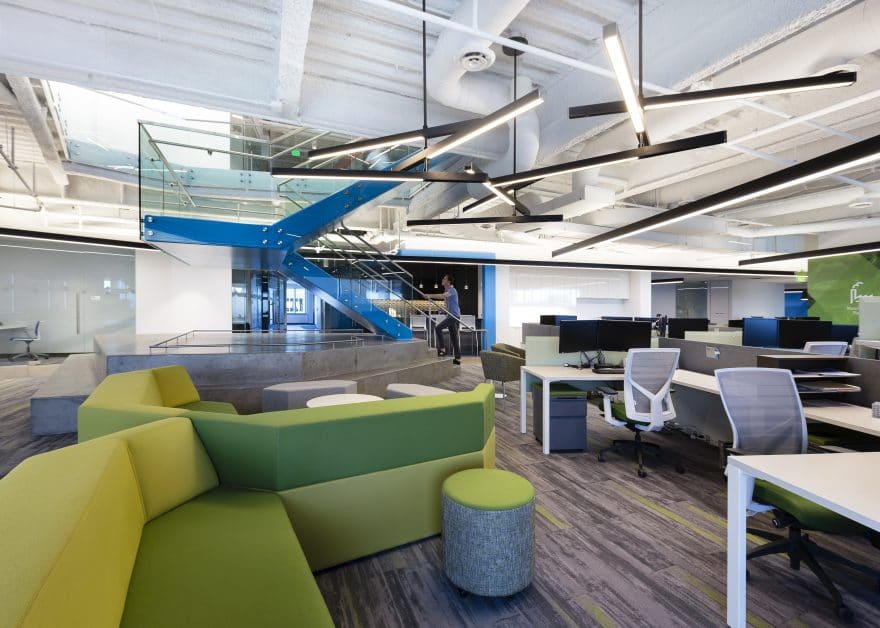 “Plan to Deliver,” became JDA’s new slogan, with Felli emphasizing that stores no longer just stock their shelves and wait for them to empty before replenishing. Asked for an anecdote, he describes the many functions that must be in place for a simple pair of socks to make it to a big-box store.

Such footwear was probably manufactured outside the United States, possibly in a country prone to crises that could be weather- or war-related or both, just two of many factors that had to be taken into account.

For example, a large American retailer using JDA software, probably planned two years earlier for shipments of those socks to arrive, taking into account the source of the fabric, the site of production, the colors and sizes, the anticipated need, and the price that would be affordable to the consumer and profitable to the store, provided enough of those items were sold.

“The future is getting far more complicated,” Felli reminds. “With Amazon, you can order something at 8 a.m. and expect it by noon. It’s a challenge for retailers; they have to be on top of things. The human mind can’t digest such big data and high volumes. They need the kind of artificial intelligence we can offer for them to be successful.”

All the brick-and-mortar stores won’t be closing anytime soon. A JDA survey, announced in July, revealed that 54 percent of shoppers still prefer to go into a store rather than buy online. But an increasing number of shoppers do buy through cyberspace and pick up their items at the store.

Hence, the value of another JDA specialty, BOPIS, which means Buy Online, Pickup In Store—and that’s something even the most traditional of retailers appreciate. After all, getting people into the store by whatever means, is likely to have them perusing the aisles and hopefully buying more than just what they ordered online. And if those aisles are amply stocked with whatever JDA software says is in need, that store is succeeding on two fronts. 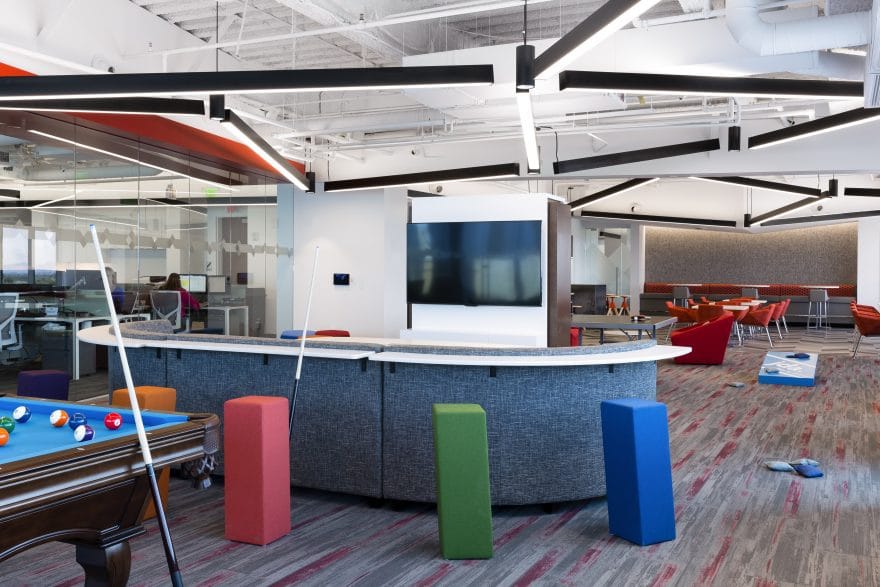 JDA could be said to be thriving on even more fronts, the company having outdone all its competitors last year in metrics set by Gartner Inc., a global research and advisory company, that among its many studies offers data on supply chain effectiveness. JDA was the only such vendor recognized as a Leader in Sales and Operations Planning Systems of Differentiation; Transportation Management Systems; Merchandise Assortment Management Applications; and Warehouse Management Systems.

“We have to be the most innovative software company out there,” he says. “Our customers are depending on it.”

That innovation seems furthered with what might be Felli’s signature accomplishment, The Blackstone Group’s nearly $600 million equity investment of 2016 that doesn’t saddle JDA with any cash interest costs. With the funds going toward retiring existing debt and reducing interest costs by $70 million a year, JDA seems poised to further its prominence in market-leading supply chain and omni-channel retail solutions that enable worldwide deliveries of most any product in well under 24 hours. The company’s technology is constantly advancing with GPS tracking, cloud connections, Google Glass and all the other means of a world that’s continually wiring.

While that’s encouraging for JDA, it does mean continued vigilance on the intellectual properties front, and Felli laments that a 2014 Supreme Court case, Alice Corp. v CLS Bank International, has made it harder to patent software.

“We value our innovative history and have nearly 400 patents granted or pending, and for software that’s a lot,” says Felli. “Patents may be harder to get, but we’ve been successful in prosecuting infringements.”

And he seems to be acquitting himself quite nicely overall, in his role of the past four years and JDA seems to have shopped well in bringing Felli aboard. 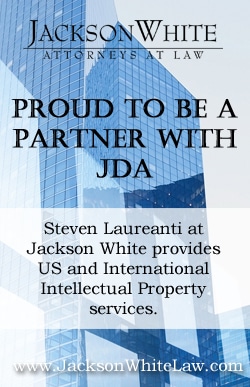 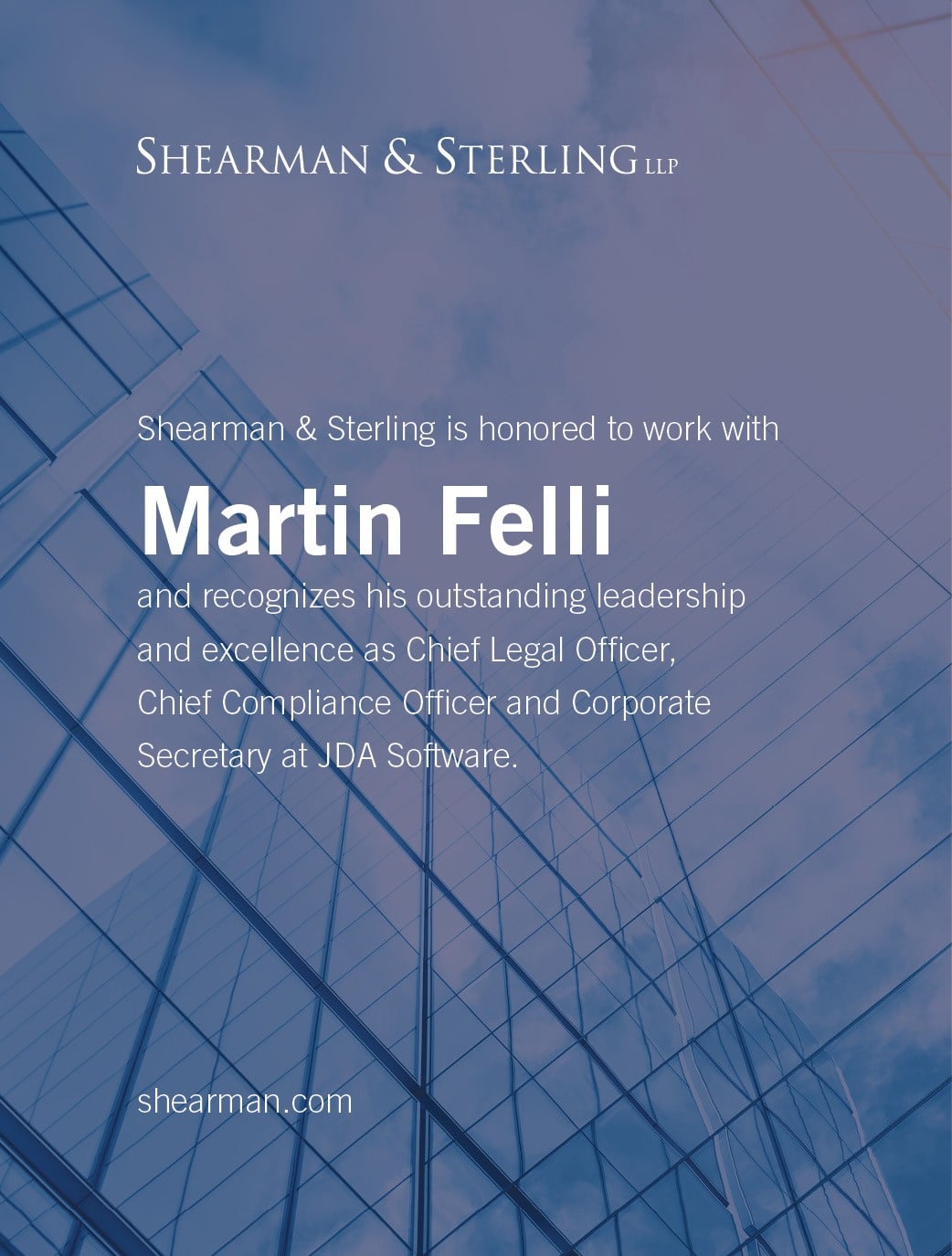