Putting together assembly lines at John Deere’s Georgia manufacturing plant might not seem like a springboard to a legal career.

However, Jeff Midbo says this work helped him understand business processes, a crucial skill for an attorney when interpreting and applying laws to a company’s operations. 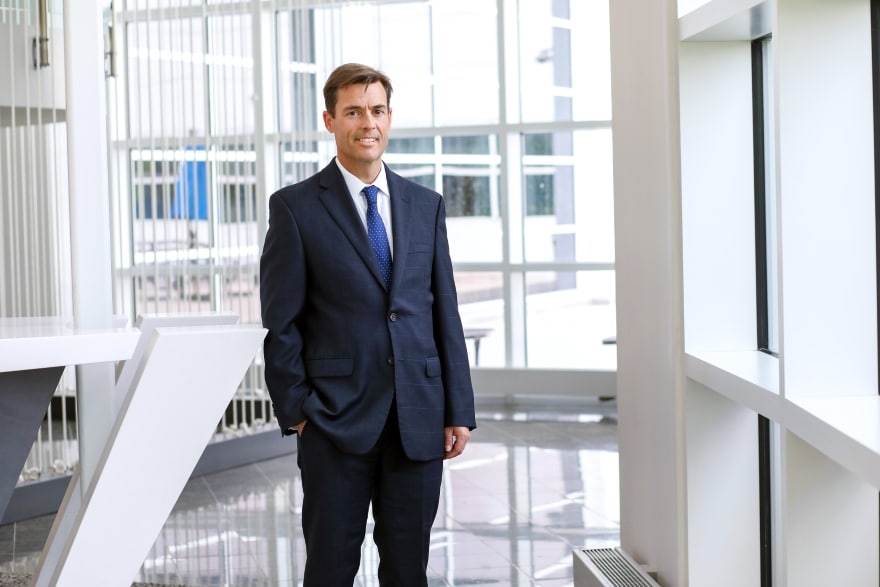 For example, he helped the business adopt remotely notarized e-signatures to speed up origination and closing. He also helped add technology for managing the fee disclosure process. Both have helped UWM become the top wholesale mortgage company in the U.S. and second biggest lender overall, he says.

Founded in 1986 by Jeff Ishbia and now led by his son, Mat Ishbia, United Wholesale Mortgage is headquartered in Pontiac, Michigan. UWM now underwrites 40 percent of the wholesale mortgages for brokers throughout the U.S.

In the decade Midbo’s been with UWM, the workforce has increased from 400 employees to nearly 8,000. A quarter of the workforce is in IT, which he says reflects the company’s embrace of technology.

“I’ve gotten to oversee some pretty cool, cutting-edge stuff,” he says. “It’s fun to be on the forefront of an initiative, but there’s risk.”

One of UWM’s most notable initiatives—adding remote notarized e-signatures to mortgage closings in 2016—has paid enormous dividends throughout the mortgage and refinancing boom that’s occurred over the past two years.

Although the housing market has cooled since interest rates began increasing in 2022, more than 6 million homes were sold in 2021 and the total volume of mortgage origination, including refinancing, approached $4 trillion in both 2020 and 2021. That’s double the volume seen in the years 2016 to 2019.

Though remote notarized e-signatures were gaining acceptance before the COVID-19 pandemic, Midbo says they weren’t commonly used in the mortgage industry because they weren’t preferred and some states didn’t allow them. 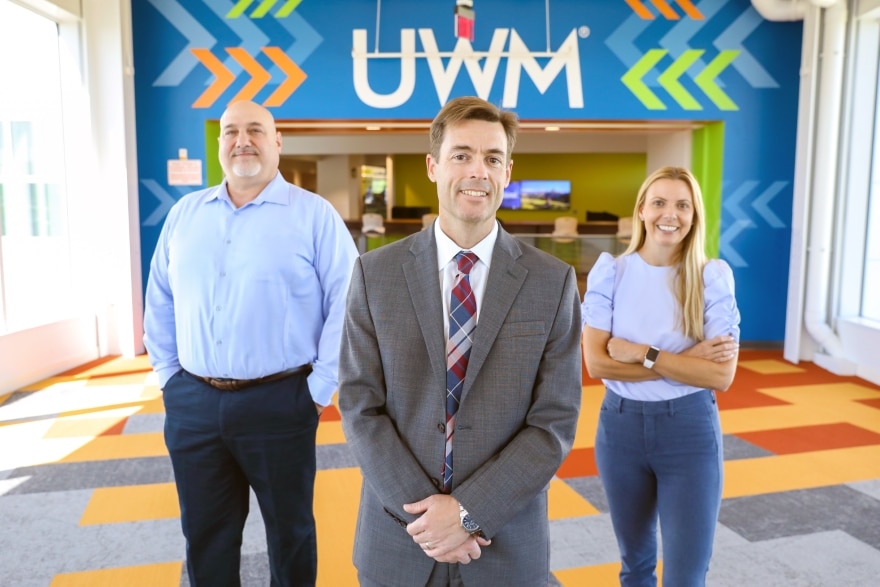 There were also complex federal laws to follow concerning the bundling of loans and what could count as legally enforceable documents. There were practical questions, too. For instance, if a notary is allowed to digitally sign documents, does that notary still need to be licensed in the state where the mortgage originated?

Nevertheless, Midbo researched how the process could be incorporated by UWM, a tall order because he was then the main person in charge of compliance. The company has since added staff in that area.

His research meant the company was prepared for, and already using, e-signatures when the pandemic started. Midbo says upfront disclosures on mortgages are now 90 percent digital.

Midbo and the UWM compliance team also began looking at how to accept cryptocurrencies as payment during the pandemic.

“We had to figure out how crypto worked, how the wallets worked and what the tools out there were for fraud prevention,” he says. “Crypto is an unknown asset class—it’s undefined if it’s currency or an investment and the people in Washington, D.C., are still having those conversations now.”

When accepting cryptocurrencies, Midbo and UWM had to ensure they hadn’t been purchased by users as part of money laundering from areas such as arms or drugs sales. The company used software to trace the origination of cryptocurrencies, or to at least show if it was “blended” to hide suspicious origins, Midbo says, and then accept or reject it for payment. 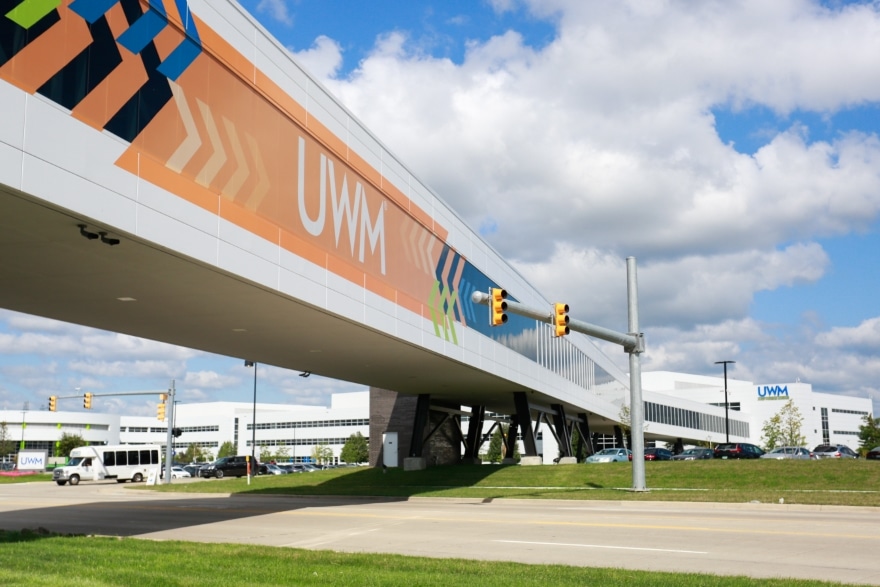 Midbo says he always looks to view emerging regulations as opportunities, as he did in 2015 and 2016 when new rules on how mortgage companies disclose fees were enacted as part of the Dodd-Frank Wall Street Reform and Consumer Protection Act.

When the housing market crashed during the Great Recession in 2008, mortgage originators were blamed for poorly disclosing the fees they were collecting, especially in relation to incentives associated to riskier loan products.

When the reforms passed, Midbo and the IT and legal staff revamped the company’s origination process to ensure compliance, while also making UWM’s processes more efficient. The new systems disclosed a litany of fee information to consumers.

A Michigan native, Midbo earned his bachelor’s degree in business from Michigan State University before joining John Deere as a business analyst in 2000.

While working in project management, Midbo realized he wanted to become an expert at something more focused in a role that changed less frequently.

So, he returned to Michigan to attend the University of Detroit Mercy School of Law in 2002 and joined Flagstar Bank’s management development program. Because he was attending law school, he says he was assigned a lot of regulatory and compliance work by the bank. After earning his J.D. in 2007, he got offers to work in law firms, but remained with Flagstar Bank because he considered himself a business person first. 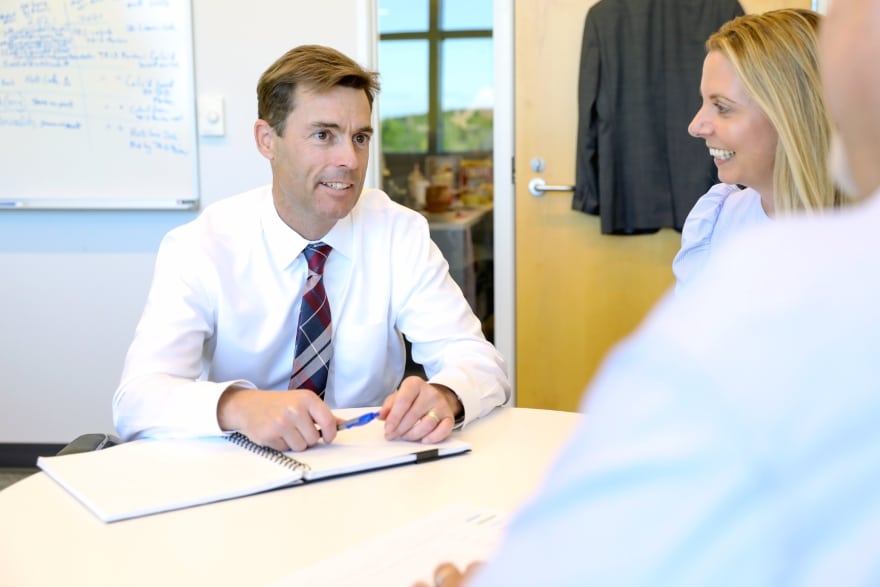 Midbo rose to become vice president and associate general counsel at Flagstar Bank, then joined Credit Acceptance as a staff attorney in September 2011. In January 2012, he joined UWM.

Building the compliance program and advising on business issues suits Midbo well. But, he says, it’s the company culture and balance for his work and personal life that have made his decade at UWM more rewarding.

As he chatted with Vanguard in June, he was looking forward to the annual fair the company hosts for employees and their families. In the past, UWM has brought in NBA superstars Magic Johnson and Isiah Thomas and NFL stars Tom Brady and Barry Sanders for appearances. And each year, the company hosts family trick or treating events at its headquarters.

“And we’ve never had a layoff,” Midbo adds. “This remains a family-owned company and our leadership cares about everyone and their families. And there’s never a dull moment for me. It’s fast moving, especially at the state level for compliance.” 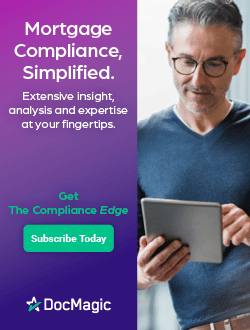 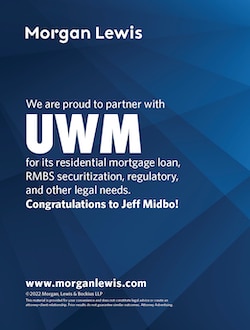