Bringing Korea business to the U.S. is no joke

At an age when most children are begging their parents for a puppy, playing with dolls, or squealing with delight at birthday parties, Yun Kim of South Korea knew exactly what she wanted to do when she grew up: become an English-speaking attorney in the U.S.

In 2008, with a law degree and work visa in hand, Kim got her wish. Landing a job as a legal consultant for Ndoors Interactive Inc., a Los Angeles-based entertainment company, she spent three years handling the company’s in-house legal, employment and IP matters. 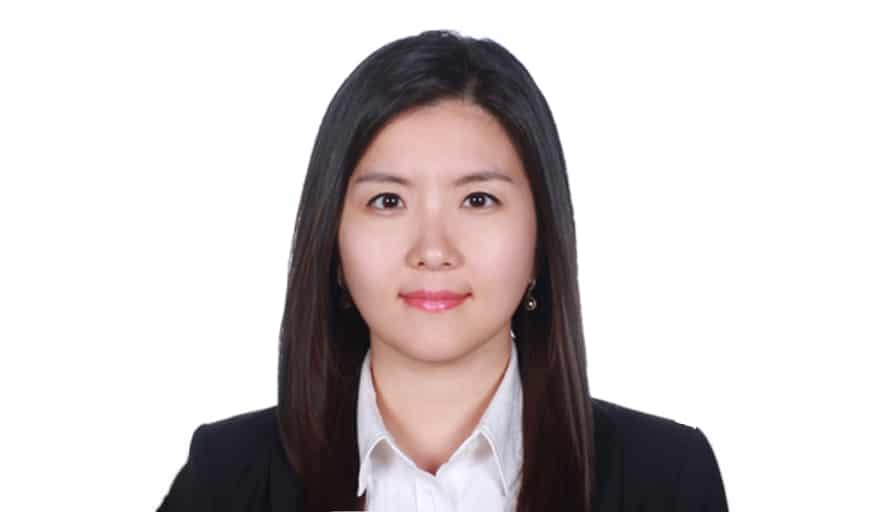 The work entailed compliance with government regulation, drafting and negotiating contacts and reviewing the company’s marketing campaigns. But just as quickly as the building blocks had fallen into place, by 2011, the foundation started to shake. When Ndoors was acquired, Kim lost her job. Then she had a miscarriage.

She found work at a friend’s law firm, though, and eventually heard about an opening at the Korea Trade-Investment Promotion Agency. Managing IP for a Korean-based company? It seemed too good to be true, she remembers thinking.

“I applied, got a call the next day and was immediately offered the job,” Kim says. “It changed my life. IP was what I loved to do.”

Although she spent half of her life in South Korea, Kim admits she wasn’t familiar with KOTRA’s work when she was hired in 2012. As she learned, it was established in 1962 as a government-funded national trade promotion and investment organization operated by the Government of South Korea.

The goal of the nonprofit, she says, is to serve as an economic development resource for South Korean companies, such as those in cosmetics, high-tech, software and consumer electronic goods. KOTRA provides tutorials for companies to use on topics such as copyright registration, CBP IP recording and patent search. All are funded by the Korean Intellectual Property Office.

Her job was to establish KOTRA’s first U.S. IP desk, with the aim of demystifying the legal processes involved for Korean businesses seeking to develop a brand and conduct business outside of the country. 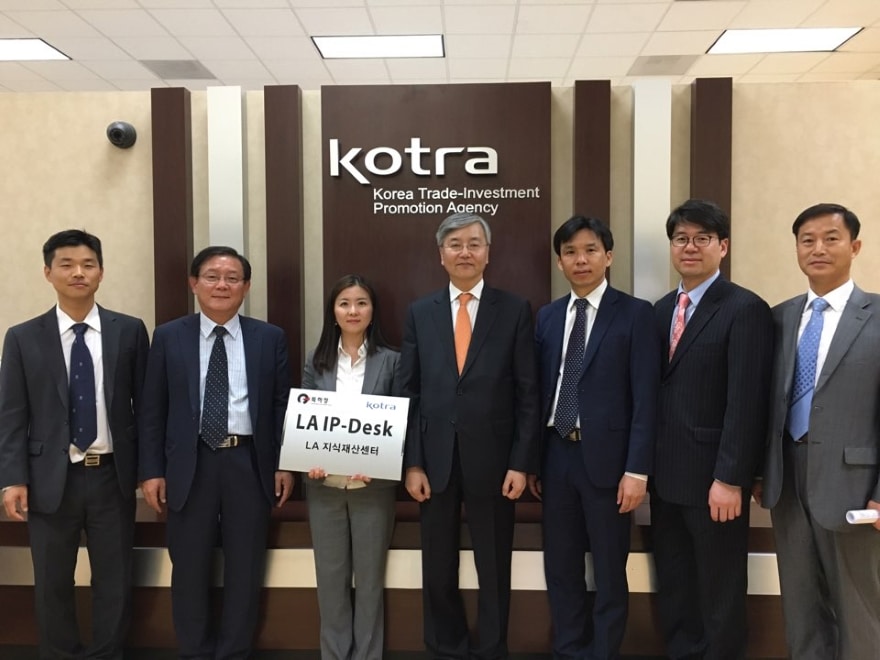 “Understanding IP law is one of the main problems Korean companies face,” Kim says. “Our work is to enhance Korean companies’ IP protection in the U.S., as IP rights are often overlooked.”

However, the work was brutal. Between establishing offices in Los Angeles and New York, promoting and marketing the business, handling the transactional work, and trying to start a family, she suffered two more miscarriages.

“I almost decided to leave, but KOTRA was so supportive and told me to take time off and do whatever I needed to do to stay,” Kim says. Rest paid off. Working from home, she finished the LA project’s new IP desk in late 2013. In January 2015, she welcomed daughter Elaine into the world. Eleana would follow in 2017.

With the new offices established, KOTRA sought to expand its message and operations. Additional IP desks were established in Frankfurt in 2014; Tokyo in 2015; China in 2014 and 2016; Hong Kong in 2019; and recently in Russia and Mexico.

“Initially I had to set up every policy, disclaimer and all the legal structures and documentation,” Kim says. “We then replicated the model for satellite offices for developed countries.” 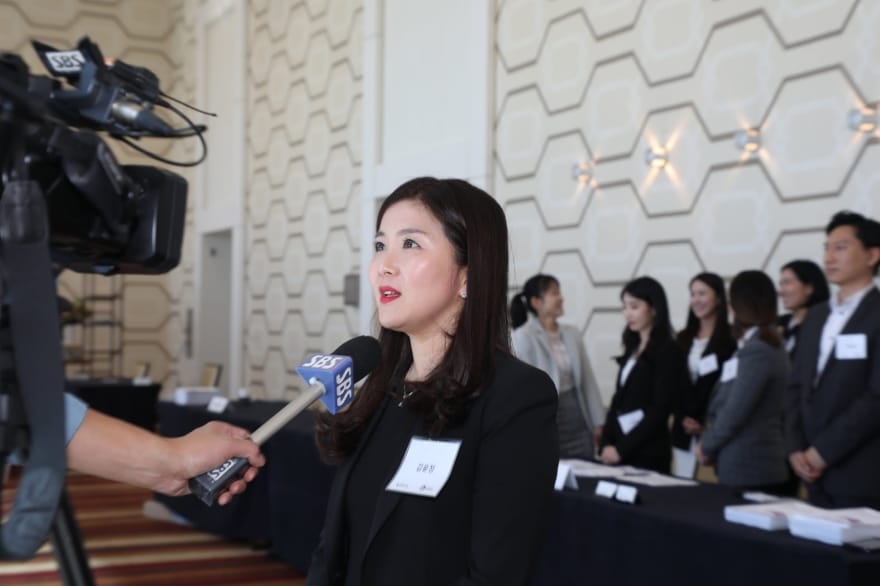 In the Los Angeles office alone, she clarified acquisition and IP rights in the U.S. and created a database of U.S. attorneys. She also arranged seminars and publications, helped KOTRA subsidize IP application fees and costs, and provided information on trademark infringement.

Kim has explained and mediated the cultural and legal differences between her native country and the U.S., too. Korean legal fees are lower than those here, for example. They are also more inclusive, covering things like filing fees and research. Another concern for many Korean entrepreneurs is the length of time it takes to conduct business in the U.S.

“Often I hear concerns from clients about having to pay for additional fees if they already paid it once,” Kim says. “It doesn’t make sense to them, and it doesn’t make them happy.”

Recently, while working on her annual global issue paper, Kim says she was struck by the global reach of the KOTRA IP desk since it was developed: there are now 17 offices in 11 countries. For last five years, she says, the IP desk in Los Angeles alone has helped 3,300 companies. 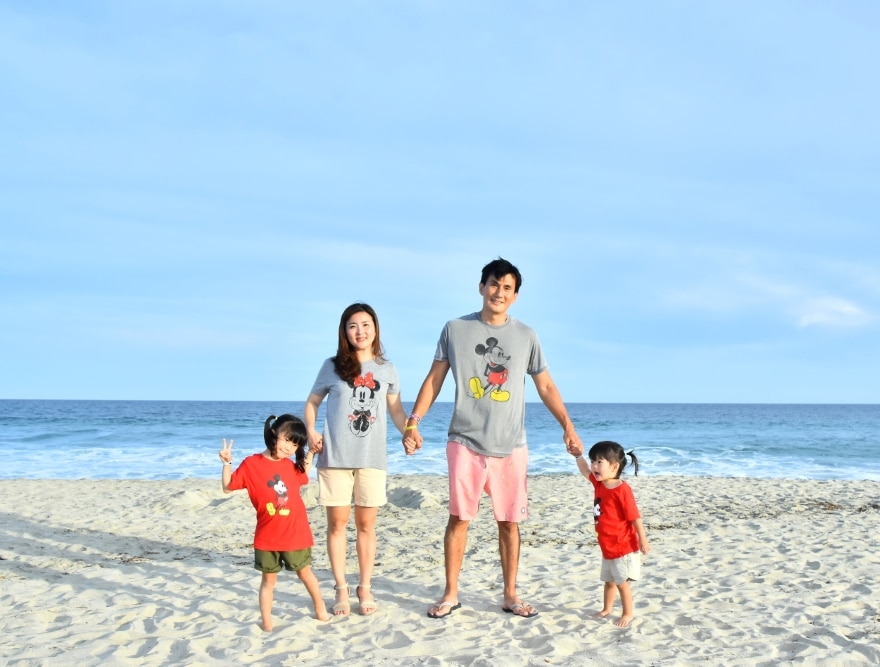 “I’ve had to become an IP expert in every field.” Kim says. “That means staying on top of policy changes, laws and the latest cases. I can’t just know a little bit of about everything; I have clients from every field. I have to be on top of it all, which requires a lot of research.”

It makes for some long days (and long years), but she’s buoyed by the appreciation she receives from those she’s helped navigate through the legal process.

“When my daughters tell me they like having ‘a government attorney mom who helps others’ that means so much to me,” Kim says. “It makes me want to be a better mother to them and to always try to be the best person I can be at my job.” 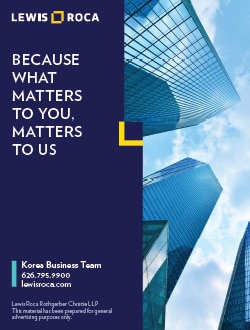