Putting an iconic brand back on top

For generations of kids and kids-at-heart, the name conjures up instant memories of giant plush bears and light-up keyboards played with dancing feet—Tom Hanks’ iconic scene in “Big” foremost among them.

So, when iconic toymaker FAO Schwarz launched a new flagship retail space in Rockefeller Plaza this past November, three years after closing its original Fifth Avenue storefront, the resulting fanfare was about what you’d expect: hundreds waiting eagerly in line, enjoined in a kind of intergenerational nostalgia. 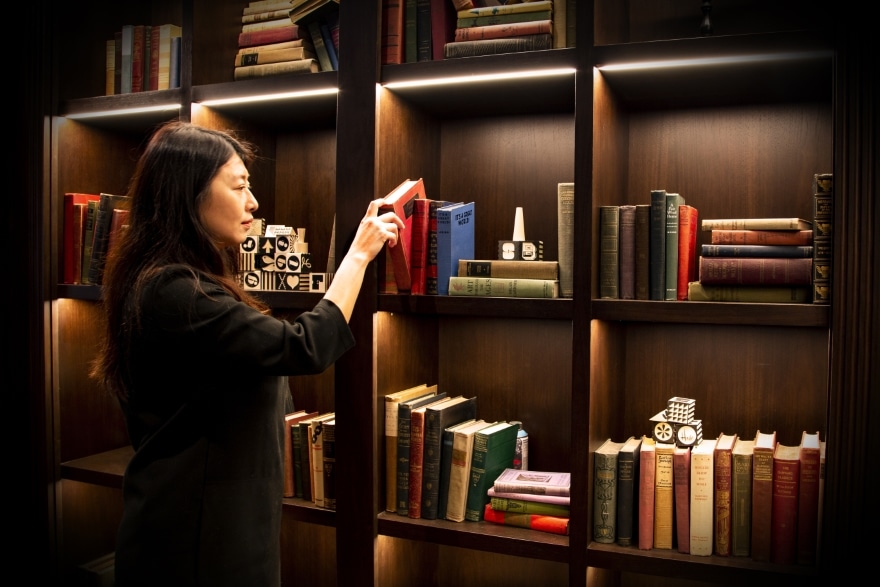 For Jenny Wang, the excitement was equaled only by the workload.

“From the day I took the job, one of the most exciting projects for the company was acquiring the FAO Schwarz brand,” recalls Wang, general counsel for ThreeSixty Group, a California-based consumer products company. “There was no toy brand in the world more well-known than FAO Schwarz. It just needed a new direction.”

In addition to FAO Schwarz’s Rockefeller Plaza store, ThreeSixty Group plans to open satellite locations, including a 27,000-square-foot storefront in Beijing, China, and pop-up shops in department stores in Canada, England and Australia.

From the day she arrived, it was Wang’s job to ensure the acquisition’s legal framework, from negotiation to final contract. However, unlike property acquisitions—those involving buildings, equipment and the like—ThreeSixty Group was seeking an intangible asset: specifically, FAO Schwarz’s name and legacy. 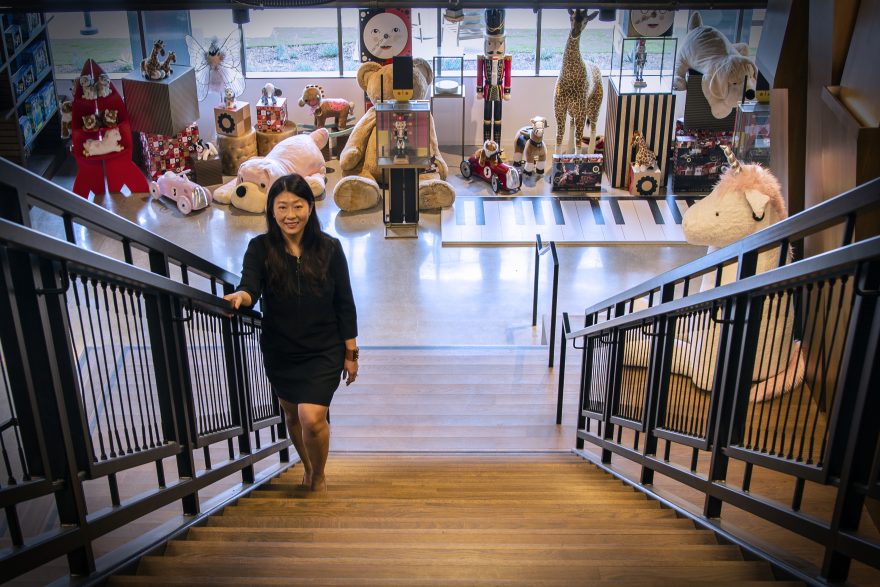 Accordingly, Wang spent much of her time strategizing with the company’s marketing team on how to refresh the FAO Schwarz brand.

“One of the things that makes this GC role a bit more unique is how much I’m involved on the marketing and branding fronts,” Wang explains. “When you have that seat at the table, you get a better sense of the stakes, which I think in turn help you be a better lawyer.”

Two months after purchasing FAO Schwarz, ThreeSixty Group moved to acquire Sharper Image, the once-ubiquitous consumer electronics company, for $100 million—and the next phase of the company’s pivot from primarily wholesale to a balance of wholesale and retail.

On the Sharper Image deal, Wang’s role was similarly dynamic, encompassing everything from contracts to high-level brand strategy. “Both FAO and Sharper Image had been licensing our products for years, so the acquisitions made sense on a strategic level,” Wang says. “We’ve always had a knack for making great products and finding creative ways to engage customers.”

As ThreeSixty Group continues to broaden its product portfolio, Wang relies heavily on the expertise of outside counsel to help her navigate the IP miasma. California-based Avyno Law—a full-service technology firm covering everything from trademarks and patents to product clearance and brand protection—is one firm at the top of Wang’s list.

“We’ve been working with ThreeSixty Group for 10 years now, and it’s been an honor to partner with them in their growth,” says Avyno Law partner Jennifer Hamilton. “Jenny’s played a huge role in the growth of a lot of these brands, and she’s someone for whom we have a huge amount of respect. She’s the kind of client you dream of working with.”

And yet, for someone whose in-house chops were sharp enough to garner a 2017 Orange County General Counsel of the Year Award, Wang’s move in-house was later than might be expected.

As an undergrad at Stanford University, Wang knew she had a knack for public speaking and communication. But it wasn’t until she took the LSAT that the possibility of a legal career came into sharper focus.

“I told myself, if I got a certain score, then I knew it would be a good fit,” Wang says with a laugh. “When I got the score I wanted, I saw it as a starting point for discerning what direction I wanted to take my career.” 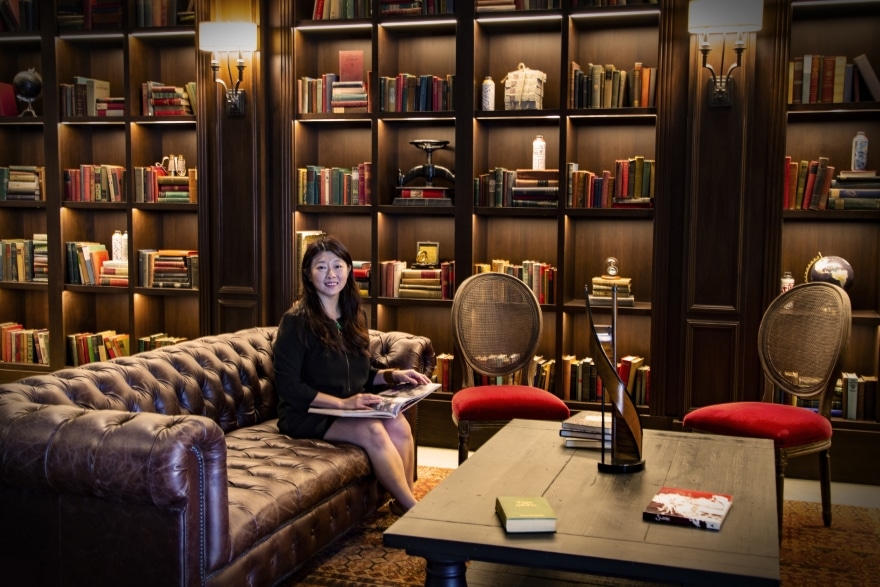 After graduating with a B.A. in international relations in 1998, Wang attended the Columbia University School of Law, earning her J.D. in 2001. That September, she joined the Los Angeles firm of Latham & Watkins. Her first day was a blur. The second, however, remains seared in her memory.

“It was September 11, and we worked in one of the highest buildings in the city,” Wang recalls. “They called and told us not to come in. Those first few weeks felt surreal.”

Over time, Wang found her niche in the firm’s finance department, developing an eye for business law. But the work-life balance—two kids at home, non-stop demands in the office—took its toll. In 2008, Wang made the move in-house, joining Sybron Dental Specialties as a corporate counsel.

The next five years were a whirlwind: a stint at Sybron followed by a two-year position as general counsel for Exemplis Corporation, a business-seating solutions company; a two-year family sabbatical; and stints at Pacific Dental Services and St. John Knits, a luxury fashion brand.

In 2016, Wang joined ThreeSixty Group, a dynamic consumer products company aiming to revitalize some of the country’s most beloved brands.

Two years later, Wang says things are finally starting to settle down. The company’s prospects, however, are only looking up.

“I’m really proud of the company for really trying to grow in a strategic way. There’s a creativity and adventurousness that’s easy to get behind,” Wang says. “I get to be in a role where I’m helping put something tangible into the world—things that get people excited.”

In case you’re wondering, Wang hasn’t had a chance to try out FAO Schwarz’s floor keyboard just yet. Though she says it’s at the top of the docket. 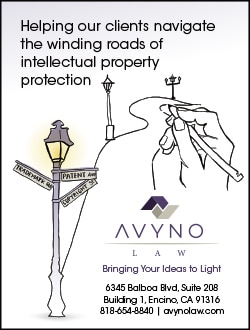 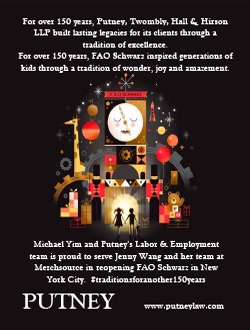