Credit him for oversight of subprime lenders

It’s a disturbing fact of economic life that approximately 40 percent of adults can’t cover a $400 emergency without selling property or taking out a loan, 30 percent have poor or bad credit, and millions more are credit invisible, making it difficult to secure financing.

Not impossible, that is. Subprime lenders abound, especially online, willing to extend cash to those who might be turned aside by banks when seeking car, small business and short-term personal loans. 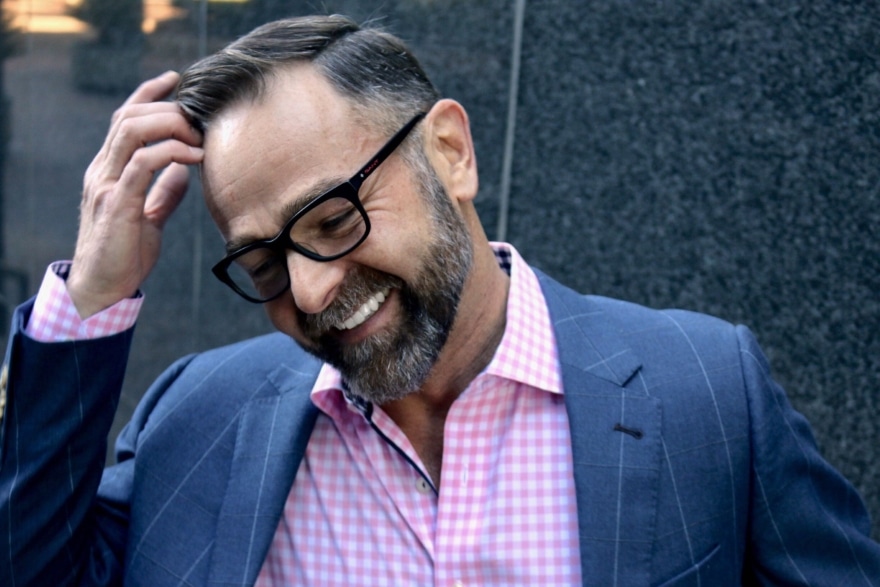 But while demand for credit increases each year, too many desperate folks are exploited by unlawful lenders and scam artists whose tricks include phishing websites and prepayments before a fake loan will fund.

Which is where Jason Romrell weighs in as general counsel and director of government relations for LeadsMarket.com, the Southern California-based niche technology company that, to paraphrase Shakespeare, is neither borrower nor lender. It does, however, essentially serve both constituencies, uniting borrowers at no cost with reputable lenders in the unsecured lending industry.

“Some people call us a leads generator,” the friendly Romrell tells Vanguard in December, when a lot of folks use the firm’s service for holiday shopping as well as medical procedures and basic living expenses. “We’re a technology platform that connects two sides of an equation, like Uber or Trivago. We bring two sides together through their tech platforms.”

Come the New Year, many over-extended shoppers will go online searching for credit. Romrell warns them to proceed with caution and common sense.

If a website makes promises that are too good to be true, move on. “No credit check loans,” “instant funding” and “guaranteed approval” are phrases disreputable lead generators and scam artists use to trap the unwary. Romrell and his skilled compliance team spend hours reviewing websites and other marketing channels to ensure each message meets the company’s rigid truth-in-advertising standards. 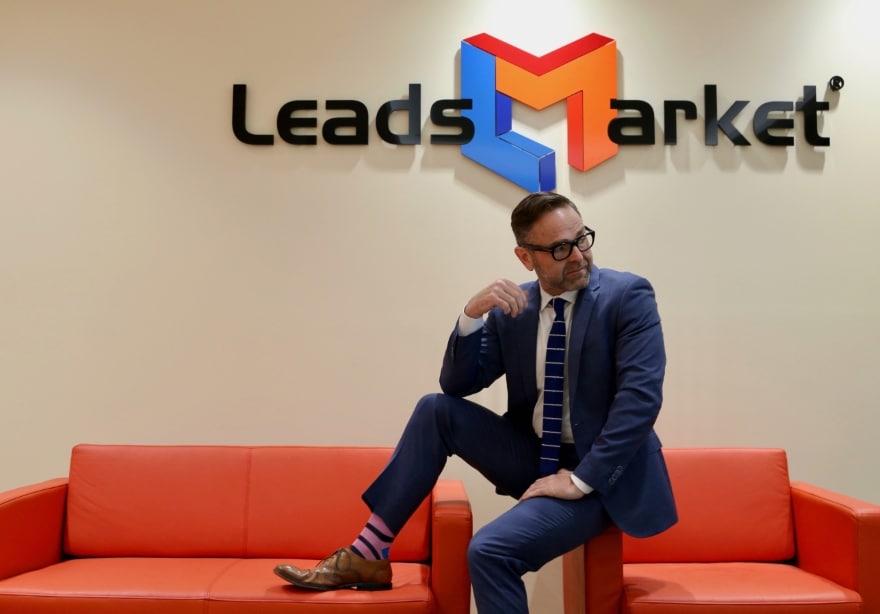 He reminds consumers to look for “https” in the address bar or URL of the website being visited, a protocol used for the secure transmission of data over the internet.

“If you see a website that uses http [without the ‘s’] in the URL, run away,” Romrell says, pointing to www.lendgenius.com, a website using LeadsMarket.com’s technology, as an example of a reputable and consumer-friendly lead generator.

Because of the company’s strong focus on data security, credit seekers can take comfort that their personal information will remain safe with LeadsMarket.com, instantly reaching a long roster of vetted lenders with one secure data entry. Sure beats the alternative of a credit seeker acting on his or her own.

“If you visit individual lenders, you may contact dozens before you find a loan, exposing your information over and over again, exponentially increasing your risk of becoming the victim of identity theft or other scams,” he warns. “You also run the risk of landing on a legitimate looking website that is actually a scam.”

That leads to another point Romrell is passionate about. LeadsMarket.com’s extensive and diverse network of lenders is vetted to weed out the illegal and unethical ones by ensuring each has proper data security policies and practices. The company puts the onus on lenders to demonstrate they’re on the up and up before they garner LeadsMarket.com’s endorsement.

“Some lenders used to push back, saying they were supposed to vet us as a service provider,” Romrell says. “That’s true, and we welcome the scrutiny. But it’s a two-way street and for those who pass our vetting process, it’s win-win-win—for us, for them and most importantly, for consumers.”

Asked what the lenders have to gain from working with LeadsMarket.com, Romrell says the benefits include more effective use of marketing dollars and reduced customer acquisition costs, all with an industry-leading focus on compliance.

Not one to be siloed

While Romrell’s role as general counsel entails extensive business responsibilities as well as public relations, the political side might be more intense considering he’s on the road around four months of the year. The business of being a leads generator isn’t well understood, and with so much political talk about the expanding cycles of personal debt, he’s got to stay atop of issues nationwide.

Though there are federal laws about consumer lending, several states—among them New York and Ohio—have stricter statutes in place. Furthermore, with laws always changing, it’s in LeadsMarket.com’s best interests for Romrell to have ongoing dialogues with federal and state legislators and regulators. 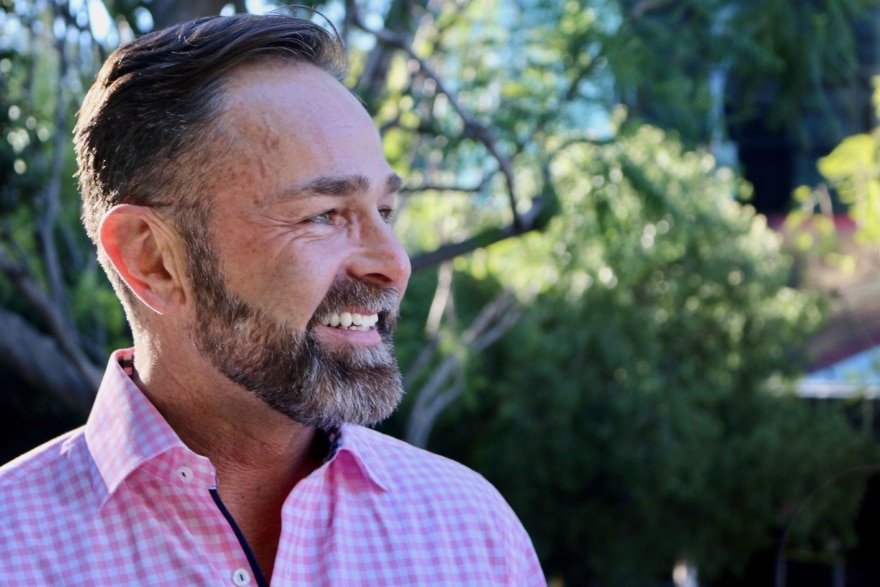 While other lead generators don’t like the spotlight that comes with added regulatory scrutiny, Romrell is confident in his compliance team’s abilities and has the company’s full support to be proactive as opposed to defensive. The only way he’ll walk into a state or federal authority’s office—which he does regularly—is if he’s confident his company is doing right for its consumers. Meet issues head-on before they become problems, he often says.

“When done right, lead generation is a fantastic consumer-protection tool, and I want regulators to know that,” he says.

A 1998 University of Idaho College of Law grad, Romrell has spent much of his career in-house, intrigued with the legal-business-technology mix that fits well in the position he’s held since early 2009. He came to LeadsMarket.com well versed in these areas, having worked for a series of companies with a cutting-edge modus operandi, the resume including Budget Van Lines, InsuranceLeads.com, CheapHousePayments.com and DocuTech Corp.

DocuTech was a good start, Romrell says, explaining it created software and mortgage lending documents in every state. As is the case with LeadsMarket.com, that role was tech-intense and necessitated nationwide compliance and a delicate balance between profitability and consumer protection.

Marketing and consumer protection often seem at odds, he muses, adding that then and now, his employers found they could be ethical, compliant and profitable, all while minimizing the risk of class-action suits and government enforcement actions that have entwined so many of his competitors. Best of all, however, the consumer is better off having worked with companies that use LeadsMarket.com’s platform.

“Take companies like us out of the equation and the consumer may be exploited by scam artists, or have their data sold to anyone,” he says. 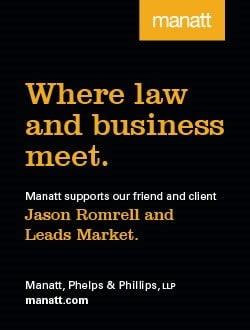 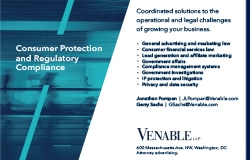