Lessons in labor law, from home and the office

Raised by a single mother in a blue-collar family in South Philadelphia, Joe Fox recalls having numerous close relatives who were active with labor unions, including the International Brotherhood of Teamsters and the International Garment Workers Union. He jokes that, “In one way, it was sort of like a family business.” 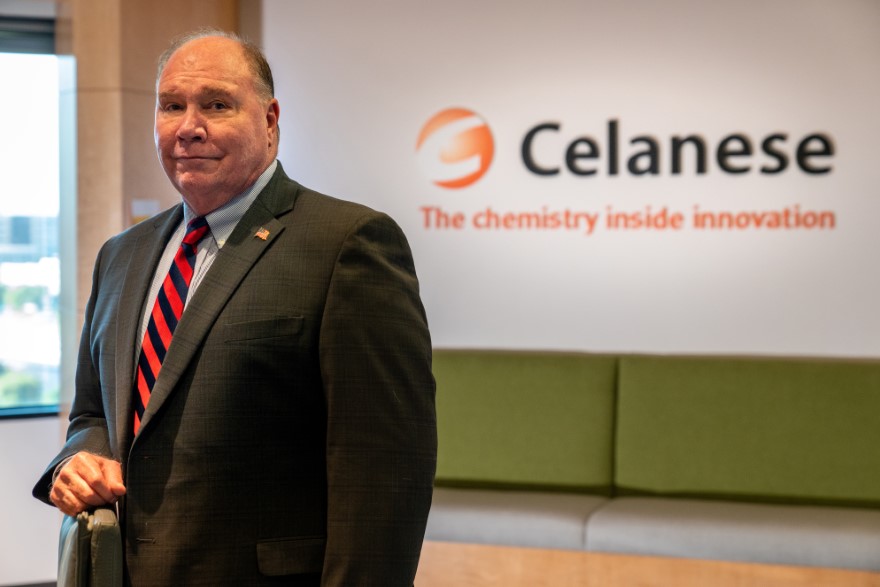 And he shares this anecdote: His grandmother, who helped raise him, was the local union president at Chase Bag Inc. in Philadelphia for a unit of over 300 employees. When he said he wanted to be a labor lawyer, but on the management side, she said: “That’s good Joe, because you can have a lot more influence and make more money.”

Today, the attorney well-versed in labor and employment law has achieved that goal—and his knowledge of the worker perspective has helped him bring respect, fairness, pragmatism and rationality to often emotionally charged situations, he says. These include collective bargaining negotiations, dismissals, layoffs and other labor disputes, he explains. 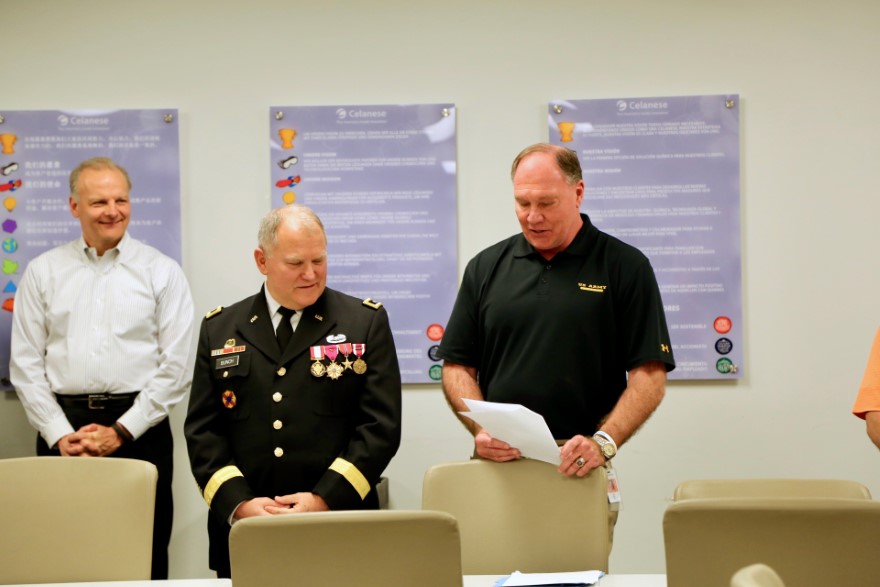 “I find the problems challenging because they’re very seldom black and white,” says Fox, who serves as vice president and chief counsel for global labor and employment law at Celanese. “I live in a world of ambiguity that requires judgment and collaboration. I’m pretty good at taking the emotion out of issues.”

Headquartered in Irving, Texas, and with over 30 locations around the world, Celanese is a chemical and specialty materials company that manufactures an array of products—preservatives, polymers, acetate, plastics and other compounds—that are used for applications in food, homes, automobiles, medical devices and aviation.

This wide-ranging portfolio helps keep the company on a steady growth trajectory, Fox notes, even as he acknowledges that “it’s not a sexy business. We make things that go into other things and that make lives better.” 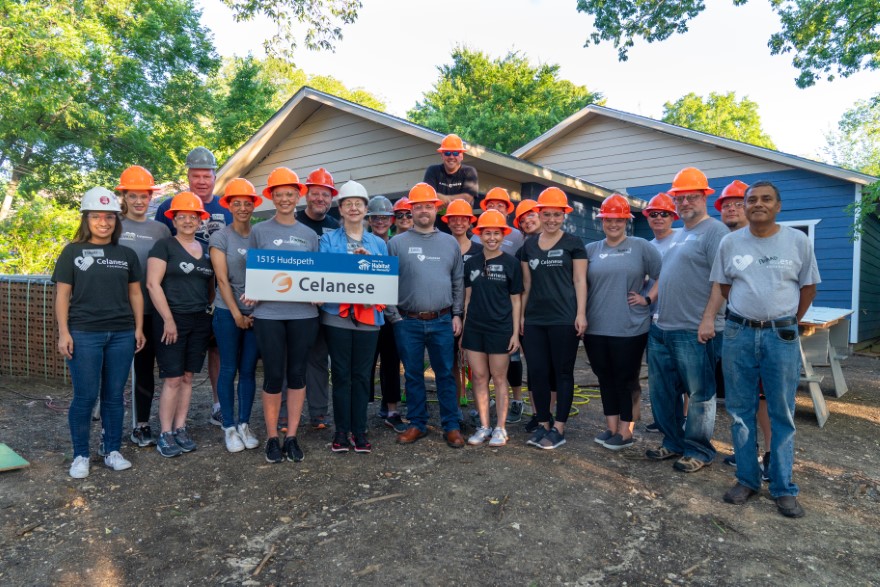 But having always had an unexplainable fascination with the petrochemical industry, the West Point graduate came on board with Celanese 15 years ago, contributing what he considers best practices and procedures around employment, labor and HR matters “from other lives.” Working with HR and business leaders, he has put into place homegrown practices, as well, including a formalized employee case management process.

Per that procedure, ascending levels of management—from site leaders, to HR leaders, to Fox himself—explicitly establish grounds for an employee’s dismissal or discipline in a document that could later be used as a solid defense should Celanese be brought to court.

“We want to be sure that when we make a decision, we are being fair, consistent and in the most defensible position possible,” Fox explains, whether the dismissal or discipline is due to behavioral issues, workplace misconduct, workplace results or other factors. “I consider it a best practice that we developed here at Celanese.”

Then there are those proven practices “from other lives” that Fox has brought to Celanese—for example, a pre-review process for union or works council negotiations. Nearly 40 percent of the company’s workforce around the world is represented by a labor union or works council, so contracts and agreements are regularly up for review and the company is routinely involved in administering and negotiating collective bargaining and works council agreements, he explains. 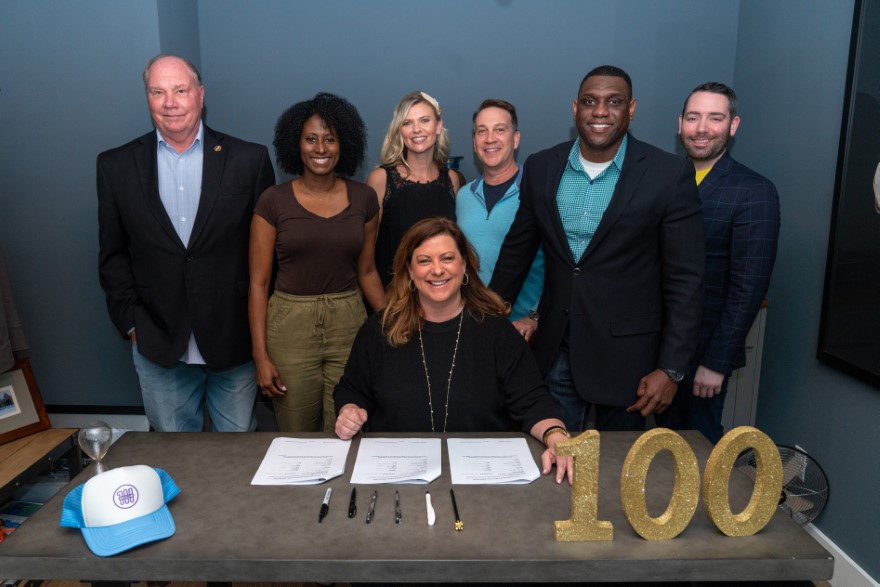 But with pre-review planning, issues that are expected to arise at the bargaining table are vetted in advance by bargaining and corporate oversight teams.

Before his arrival, there was no corporate oversight of these contracts, Fox says, and it took years to establish the process. Back then, negotiations were handled by individual business units, so there was little to no cohesion, and corporate leaders didn’t have a strong grasp of the main issues coming up—for example, healthcare plans or contracting out.

Fox has also successfully installed, with the help of the HR team, a RIF (reduction in force) protocol, which is used to provide the rationale when layoffs are required due to economic realities, and details about why certain personnel were selected. The protocol is now “ingrained” at Celanese, Fox says, and as such, there have been very few challenges. 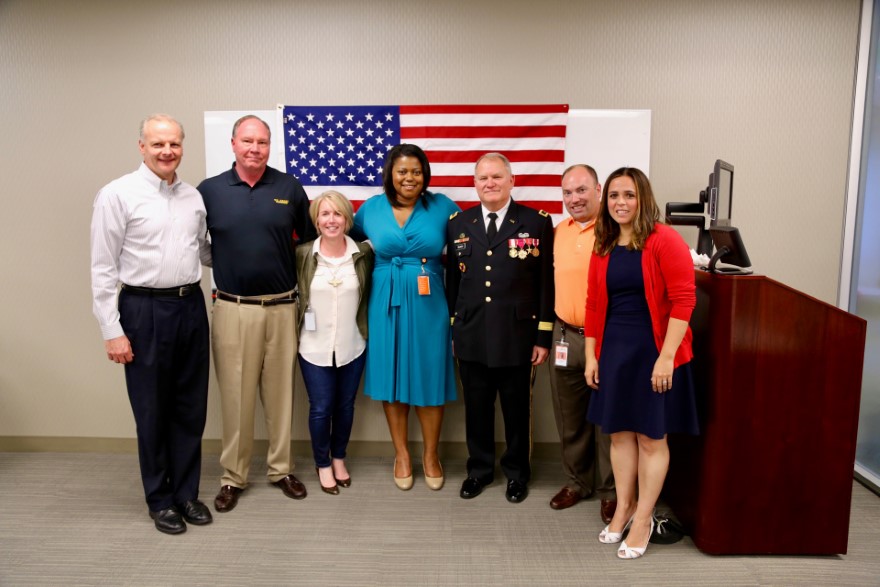 In fact, the company has significantly reduced employee complaints and workplace claims, resulting in an “extremely low” litigation docket, he says. To recognize these achievements, in 2012, Fox was elected by his labor and employment law colleagues as a Fellow of the College of Labor and Employment Lawyers.

Meanwhile, Fox has been busy with mergers, acquisitions and divestitures: Over the last four years, Celanese has had a half-dozen such transactions. Other initiatives include assisting with the implementation of environmental, social and corporate governance (ESG) initiatives—and, of course, COVID-19-related matters.

The company created a COVID-19 team to establish safety and compliance protocols across its global locations. This team has also developed a working document detailing its initiatives to mitigate COVID-19, which is distributed to customers, suppliers and contractors. He also points to myriad legal issues related to health care, pay protocols, medical accommodations and furlough programs.

As he puts it, “I feel like I’m taking a perpetual bar exam.”

Fox earned his JD from Widener University School of Law while working full time and raising four children with his wife. He became interested in the law while studying at West Point—he was pursuing a master’s degree in human resource management from Pepperdine University, and one required course was in labor relations and union negotiations. 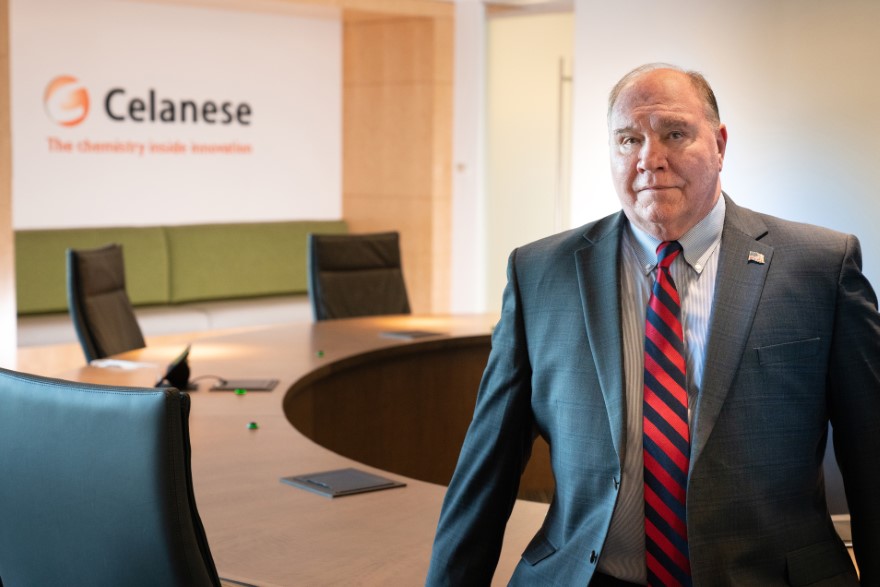 During a mock negotiation, he found himself naturally “thoroughly interested,” and volunteered to be the lead spokesperson on the management side. “It was invigorating to be an advocate for a client in a business setting,” he recalls. “I found it totally stimulating.”

After in-house roles at Atlantic Richfield; Frito Lay PepsiCo; Continental Airlines; and Baby Bell, US West Communications; as well as work with a prominent national labor and employment law firm, he joined Celanese in 2005, describing the issues he faced as challenging and interesting from a “legal and brain teaser point of view.”

“The petrochemical industry has always fascinated me. The geopolitical implications can be highly significant,” he says, adding that “the things that we make, make life better for people.” 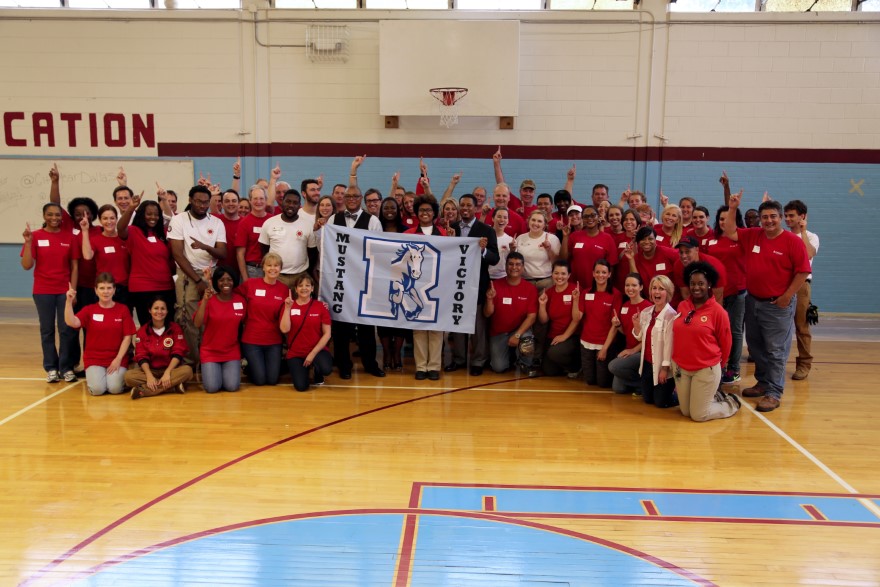 Fox also commends Celanese for its involvement with local communities and nonprofits. Passionate about veterans’ and domestic abuse issues, he is involved with organizations including the Special Operations Warrior Foundation and is on the board of Brighter Tomorrows, a domestic abuse prevention organization and shelter.

“It is exciting to be with a company that you can be proud of what they do—not only from a business point of view, but from a social point of view,” Fox says. 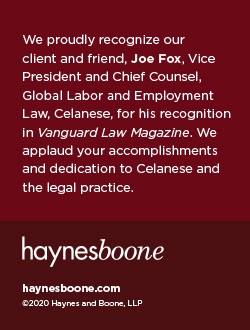 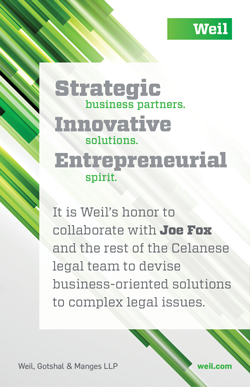 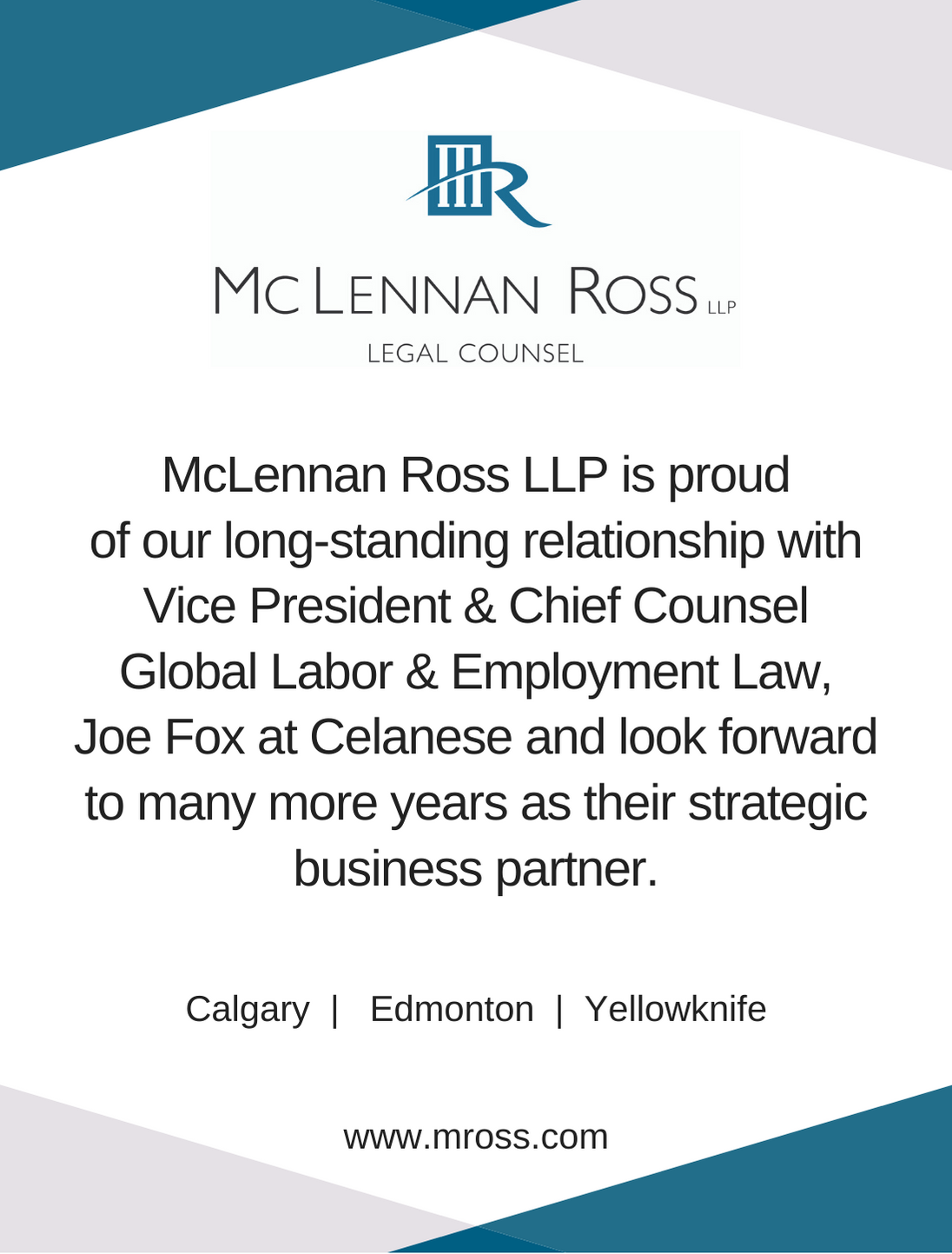