While flame retardant tents may protect campers from the risk of fire, they can expose them to invisible, yet dangerous, toxins.

The chemicals in flame retardants have been known to cause health problems, such as cancer and neurological disorders, while also being bad for the environment. Realizing these dangers, researchers at REI and other tent manufacturers partnered with Duke University to learn more.

They discovered that testing methods were outdated, which set off a years-long project to change industry standards. This is where Jolene Wall, REI’s deputy general counsel for compliance, risk and litigation, came in. She and her business partners explored ways to address the issue, which included proposing new legislation to change fire safety laws and requirements. However, they quickly realized how cumbersome that would be considering these laws vary not only state-by-state, but city-by-city. 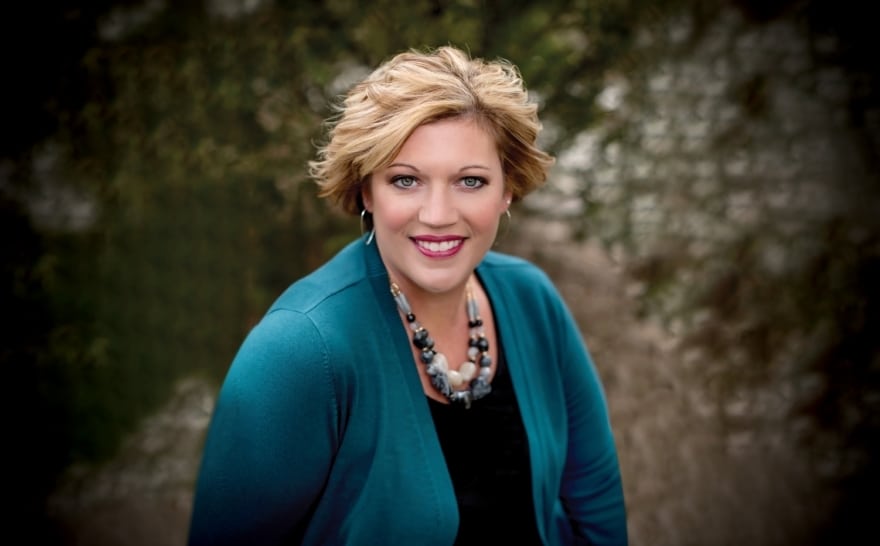 Instead, working with REI’s product team and the Outdoor Industry Association, Wall and her business and external partners proposed new flammability standards. The original standards, which hadn’t been updated since the 1970s, were being applied to all tents despite being created to test highly flammable canvas circus tents coated in paraffin.

“The regulations were so outdated and didn’t apply to modern tents, which are made with less flammable materials and therefore the existing testing methods didn’t necessarily prevent the issue for which they were intended,” Wall says.

REI, a co-op headquartered in Sumner, Washington, is an outdoor gear and apparel company. After several years of research and testing, new standards were approved in summer 2020 and REI released its first flame retardant-free tent that fall.

“This required doing so much that doesn’t traditionally fall to legal, but it was a great learning experience,” Wall says. “I needed to understand business operations, sustainability goals and objectives, and the history of regulations themselves.”

While chemical compliance was new to Wall, she says learning—even after 15 years with the company—has only made her better at her job.

“If someone says they’re an expert, well there’s always more to learn—business changes, risks change and that’s how I come at my practice,” she says. “It’s an ongoing evolution for me as an attorney and as a business partner.”

Wall also knows that while she can learn a lot, she can’t do everything herself. As the new standards were being developed, she hired Michelle Vaughan to oversee regulatory product compliance. As REI has been expanding its flame retardant-free product offering, Vaughan ensures they comply with the new standards.

During large company changes like this, Wall works closely with the leadership team to ensure their goals are being met and that they understand business impacts. She takes a “cross-functional approach” to this, she says, by looking at how departments interact and play into high-level strategy.

“Ensuring that changes meet legal requirements is the core of what our role is, however, it is also our job to make sure business changes are meaningful, meet business objectives and consider other upstream and downstream impacts,” she says.

Wall says understanding colleagues beyond their roles and job titles also helps make her a better business partner and enables her to provide guidance that’s better for the company and employees.

Considering the true needs and experiences of employees, from the corporate level to retail, affects everything from how deals are structured to how policies are written, she says.

“Everybody comes to work with other things going on in their lives,” Wall says. “The expectation shouldn’t be that work comes before anything else going on with our employee’s life.”

Last year, she finished writing and implementing a new code of business conduct, which took three years to complete, and she’s now working with the human resources department on updating the employee handbook. In addition to amending policies, she’s also consolidating them. For example, there were several versions of the time and attendance policy in circulation, so she worked with her business partners to consolidate them to be less confusing for employees and managers.

She previously handled other aspects of the employee experience, as well, such as labor activity. While someone else now does that work, she still spends a lot of time working on employment matters. For example, she’s a member of the steering committee focused on developing programming that facilitates a way for employees to provide direct feedback to senior leaders on company initiatives and strategic plans.

Wall says she appreciates the care REI shows its employees, including a four-week sabbatical given to all employees in their fifteenth year. On her sabbatical, she explored Turkey and Greece with her teenage daughter.

“Taking the sabbatical is a great benefit as it’s allowed me to rest, reflect and come back to work with a refreshed sense of being,” she says.

Having joined REI as senior corporate counsel in 2007, Wall became interim general counsel in 2016 and was promoted to her current role the following year.

Before that, she had spent almost eight years at RadioShack. In that time, she worked her way up from a legal intern—a role she took while earning her J.D. at Texas A&M University School of Law—to senior director of ethics and corporate compliance.

While her career has provided her with stable jobs at two national companies, Wall has never let herself sit back and coast. Instead, she’s continued to push herself to learn new things. She started by reading the news every day and, earlier this year, earned her Master of Law degree in risk management, also from Texas A&M.

“I’ve always been a lifelong learner and leading by example is very important to me, whether for my daughter as a female influence or someone on my team,” she says.

Wall says she’s always told her daughter that she can do anything, even if it’s hard. Though still in high school, the lesson is being absorbed—her daughter recently started a photography business. Wall’s two sons have entrepreneurial spirits as well—the oldest started a landscaping business while the youngest ran a lemonade stand this summer.

The hard-working mentality was instilled in Wall by her parents, who she says worked blue collar jobs and taught her the importance of “getting things done and being good to people.” She appreciates that she’s found similar values at REI.

“I have a really great team here,” Wall says. “The people are dedicated and care about the mission and each other. REI truly lives its mission as a co-op.” 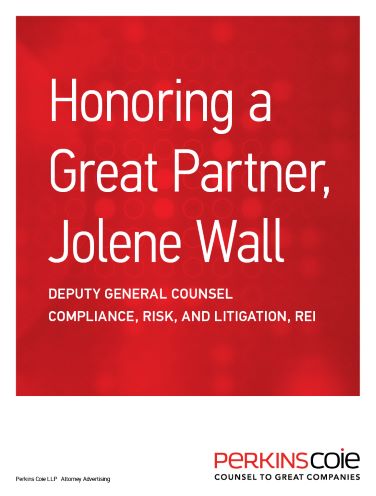