Kathryn Stalmack chose a career in health care law because she wanted to help others.

She’s doing so as general counsel and corporate secretary for Austin, Texas-based Restore Hyper Wellness. And as a movie trailer would add: “This time, it’s personal.”

That’s because the company offers the types of services and therapies a physician provided her husband, Todd Stalmack, to help him recover from concussion-related problems stemming from his days playing ice hockey. 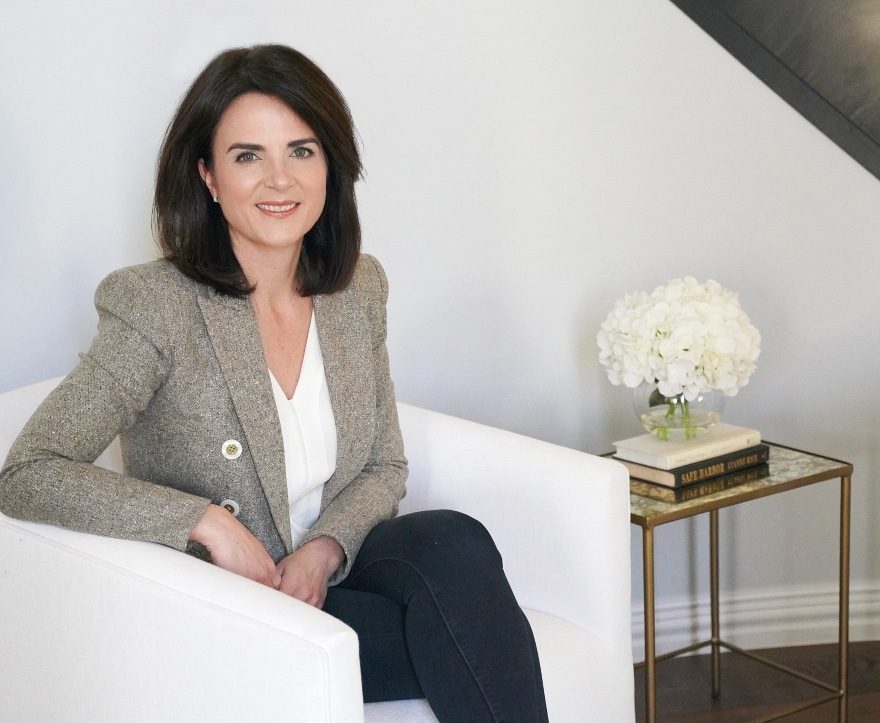 Stalmack was offered the chance to lead Restore’s legal and compliance department shortly after her previous company, Cloudmed, was sold in June. She’d expected to take at least half a year off, but she and her family moved from Denver to Austin in August as she took on her new job.

“I’ve worked for companies in roles as a turnaround specialist and this is the first company focused on growth and impact on people’s lives,” Stalmack says. “I’ve never felt more of a meaningful role in my career than I have at Restore.”

Restore Hyper Wellness was founded in 2015 because founders Jim Donnelly and Steve Welch were frustrated with the customer experience, location and cost while getting cryotherapy during triathlon training.

They decided they could provide a better, more comfortable setting for clients. Within two years, Restore was expanding in Texas and added locations in Virginia and Connecticut. There are now more than 170 franchises in the U.S. and it was rated as one of the fastest growing private companies in America.

Restore also offers red light therapy, which uses red and infrared wavelengths that boost energy levels and relieve minor pain and swelling, according to the website. Its IV drip therapies infuse a liter of fluids with vitamins such as C or B12, nutrients and amino acids to reduce cellular damage, increase energy levels or support muscle health. 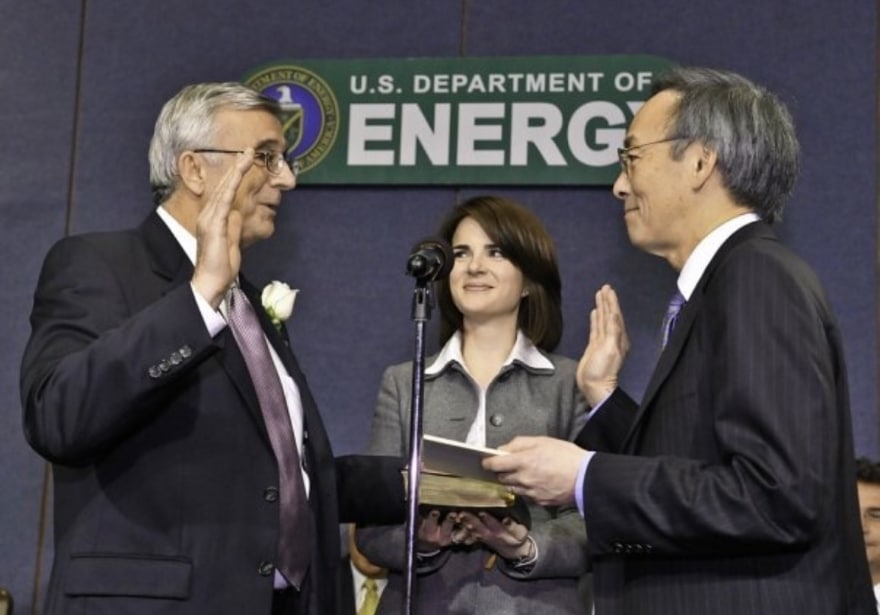 Stalmack’s father being sworn in during the Obama administration

“The U.S. spends $4 trillion on taking care of people who are sick,” Stalmack says. “The way we view our health is changing post-COVID. As we become more sophisticated, we need to focus on younger generations and keeping them healthy.”

Stalmack had been with Restore for about two months when she chatted with Vanguard, so she was still evaluating how to address compliance and structure her legal team. However, she was also moving quickly to fill positions—for instance, she had hired Emma Nasif, whom she worked with before, as the company’s chief compliance officer and assistant general counsel.

“Emma brings a level of sophistication and expertise in health care and technology that will help us grow our compliance program,” Stalmack says.

She adds that compliance covers many fronts, including Health Insurance Portability and Accountability Act, U.S. Food and Drug Administration regulations and data protection and privacy requirements. Because Restore operates with a franchise model, Stalmack and her team also need to be sure franchises are compliant.

She says she and her team will lobby on Capitol Hill to ensure Congress and the Biden administration understand general wellness and what Restore offers.

“The services we provide weren’t a part of people’s lives 25 years ago when some regulations were created,” Stalmack says. “It’s important to have people understand the value of preventative medicine and that the proactive approach can enable people to live a healthier lifestyle and do more of what they love.”

Stalmack says her desire to help people was imbued by her family—especially her father, who arrived in the U.S. from Ukraine when he was five years old.

“My father is the most humble and driven man whose kindness resonates with everyone he meets,” she says. “He worked hard his entire life to ensure his daughters would have the opportunities he and his parents risked their lives for on their journey to the United States during World War II. I don’t take for granted that I am only here because of them.”

After Stalmack earned her bachelor’s degree in education from Miami (Ohio) University in 1998, she enrolled at Loyola University School of Law because it offered a strong health care law program. She earned her J.D. in 2001 and began her career in private practice in Chicago. 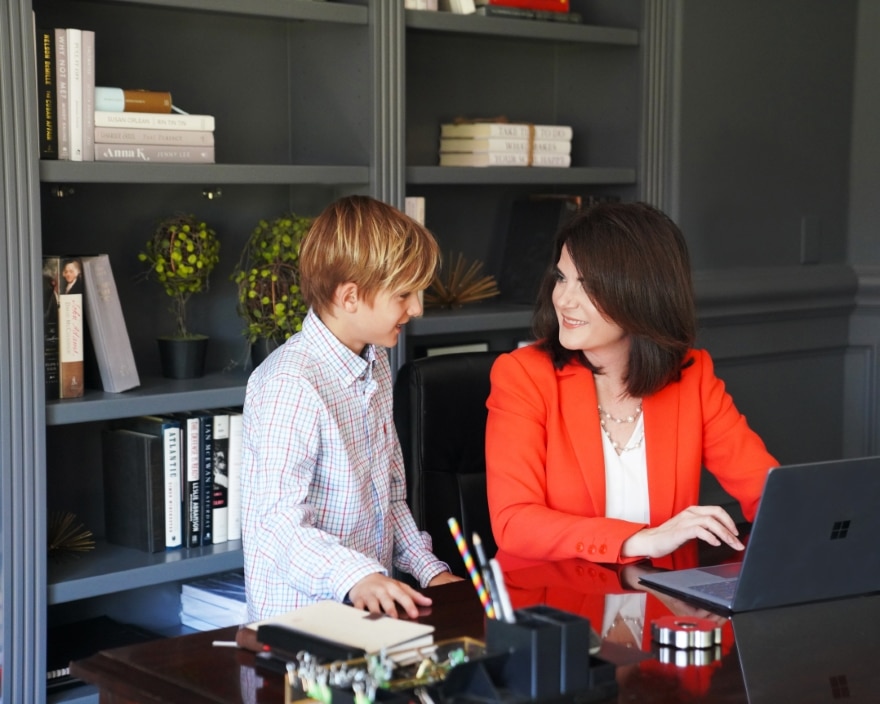 She went in-house when she joined BioScrip Inc. (which has since merged with Option Care) as senior vice president, general counsel and secretary in August 2015. As Stalmack said in a previous Vanguard feature, she was reticent to make the shift. Then she heeded advice from a public speaker who said people are never truly successful unless they step outside their comfort zones.

Stalmack joined Restore after serving as general counsel for Cloudmed, which works with more than 400 health care systems in the U.S. to recover underpaid or unidentified revenues. She was tasked with helping the company go public as it was acquired by R1 RCM in January in a $4.1 billion stock deal. After creating the legal and compliance team required for a public company, Stalmack expected to take some time to find another new opportunity.

“I’m coming into this and building a legal team and establishing compliance that understands the mission—and lives and breathes it,” she says. “I look for people with leadership skills and expertise who remain calm and collected while dealing with legal issues in a fast paced environment.” 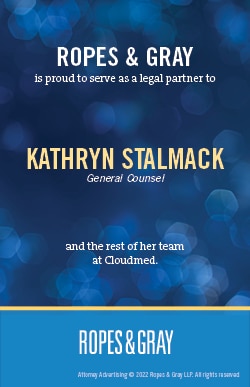 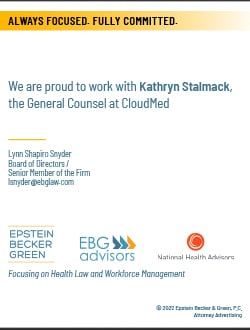