His game face on to expand brand 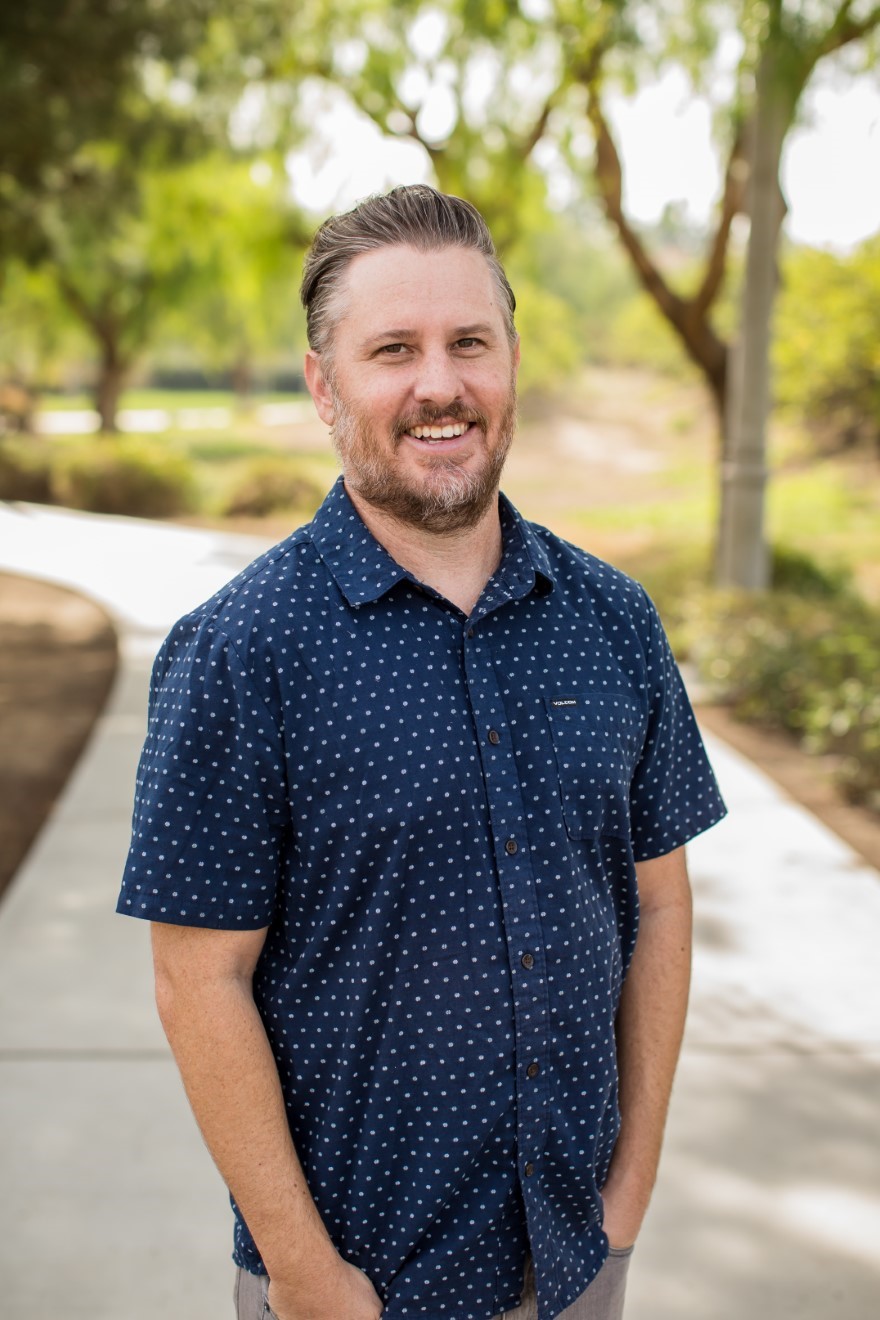 OK, he would have preferred cheering on his favorite team, the now curiously named Los Angeles Angels of Anaheim instead of the Los Angeles Dodgers. But Jon Howell still relished being in the select crowd that could witness the World Series in person.

A fall classic it was, the Dodgers defeating the Tampa Bay Rays in six nail-biting games in the bubbled, COVID-protected confines of Globe Life Field in Arlington, Texas, with Howell and buddies watching from a Major League Baseball box along the right-field foul line.

But as the new general counsel of a decade-old company whose products help keep athletes on the field, Howell’s eyes weren’t always on the diamond. Between innings and during mound conferences he was checking out ballpark signage for Hyperice and peering into the bullpens and dugouts. He nodded approvingly as Dodgers and Rays alike applied to their muscles a cordless, hand-held gizmo that looks not unlike an oversized hair dryer.

And it’s a device Howell had a role in placing with the teams, due to his prominent part in forging a Hyperice-MLB partnership just prior to postseason play. During this offseason he’ll be strengthening the company’s ties with that league and others. By in-house legal standards, Howell’s having an MVP season.

“It’s been incredibly rewarding, me getting to play a key role with a company that has such a significant partnership with Major League Baseball,” the personable Howell tells Vanguard a few days after the series clincher. “How do I describe it? Surreal.”

Baseball’s spring training a few months away, Howell will see Hyperice devices used in other sports, including overseas where he recently helped strike a deal with soccer team Tottenham Hotspur of the English Premier League. 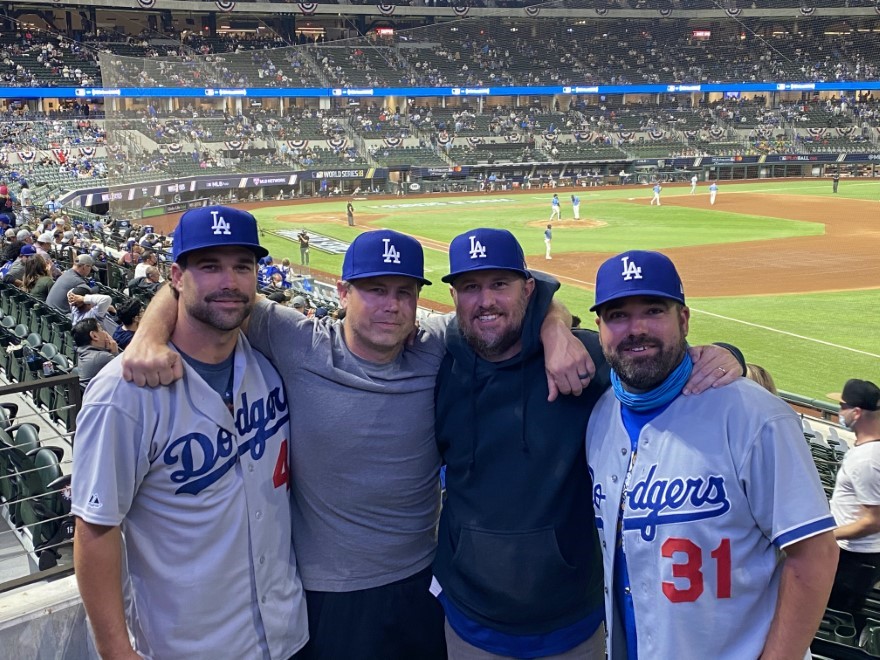 This being one of Hyperice’s first global partnerships, Howell says the Hotspur deal will be followed by others that should push the company’s value well beyond its current $700 million-plus. Hyperice’s products available in, at last count, 68 countries, it’s a good bet that right now he’s on the phone with some sports executive or outside counsel somewhere, hammering out another deal. A Californian, he’s got the time zones down pat.

“We are working to grow our international presence and expanding our team around the globe,” he explains. “Though it’s more expensive, we think there is huge upside internationally and the next 18 months is going to be very busy.”

Any given morning will have him touching base with someone in Europe, or perhaps with partners, distributors and outside counsel located in the United Kingdom, Ireland, Germany, Sweden, Slovenia and Russia. Come afternoon, it’ll be calls with New Zealand or Australia. The end of the day is likely to be concluded with China, Japan, Taiwan or Hong Kong at the other end of the phone. 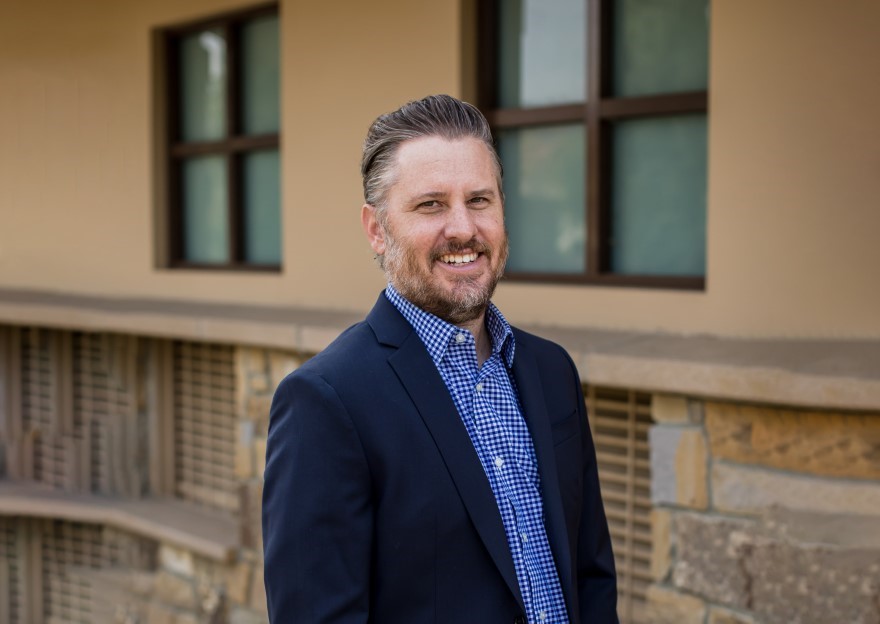 But, as Howell is quick to remind, it’s not just the elite athletes for whom Hyperice is intended. An avid golfer who recently turned 43, he appreciates how the company’s mini-massage balls sooth his feet after 18 holes. The Hypervolt, he explains, is also ideal for getting blood to circulate prior to any kind of workout. And there are all kinds of other products offering relief via percussion, vibration or thermal functions.

“The great thing about our products is you don’t have to be injured to use them,” he says. “Pre-COVID, if you walked around our office, you’d see people using them all the time.”

Now, it’s a matter of stepping up the product pitch and he says Hyperice is better positioned to do that since its February merger with Boston-based NormaTec, another leader in the specialty of athletic recovery.

Howell, Hyperice’s go-to legal eagle from its 2010 founding, was still one of the managing partners of Anaheim-based Czech & Howell when merger talks with NormaTec got underway with him on the periphery.

Having nurtured a close personal and professional relationship with Hyperice founder Anthony Katz, Howell joined the team two weeks before the NormaTec closing and has since assumed the integrating and intellectual properties issues. NormaTec having made a name for itself with pneumatic compression systems such as the high-tech leggings made popular by NBA players, the company has been an ideal fit for Hyperice, albeit with some complications.

“In some markets, NormaTec’s products are Class II medical devices,” he notes, explaining that calls for specific labeling, mandatory performance standards and post-market surveillance. “I’m a business lawyer and litigator and don’t have a regulatory background, so my role becomes finding the right person to help make sure we are compliant. Oftentimes that is with our in-house regulatory expert Steve Henderson, other times by working with outside attorneys or consultants. That’s where relationships come into play.” 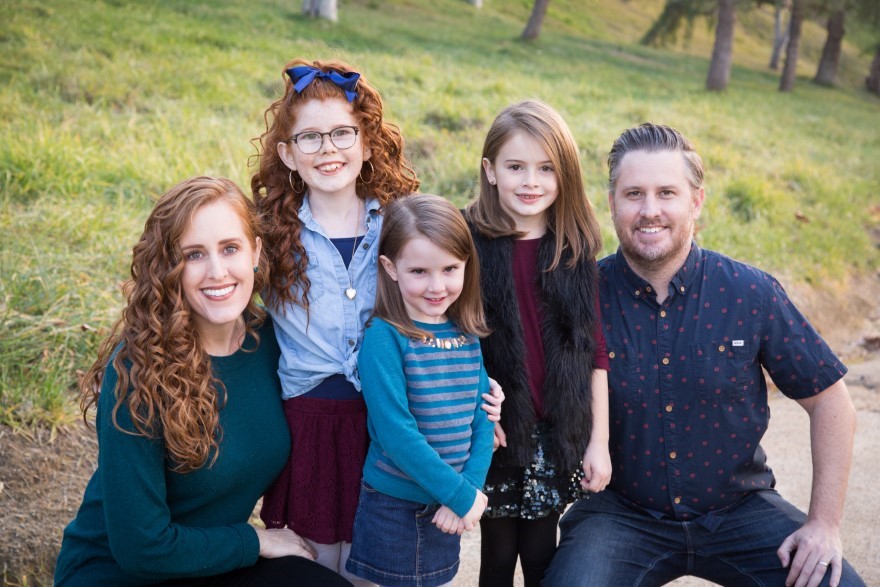 Howell’s a big believer in relationships and has been a bit restless since the pandemic grounded most of his travels. But Zoom has proved the next best thing to being there and, at least for him, in-house has proved the best career path.

Especially at Hyperice, with its vibrant workforce headed by CEO Jim Huether, whose concerns over athletes’ well-being can be traced back to being vice president of corporate development and strategy at the Sports Concussion Institute from 2007 to 2009. Most everyone at Hyperice being passionate about sports, work doesn’t always feel like work.

“I feel like I’ve got my dream job,” says Howell, a 2004 UC Hastings law graduate and married father of three girls. “What more could you ask for than to work in an industry that you’ve admired most of your life with a team that really shares your values?” 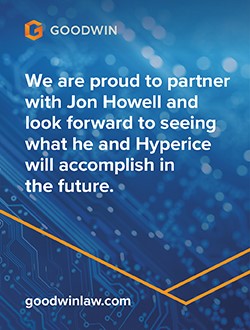 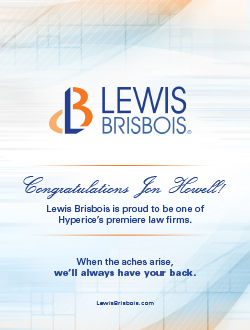 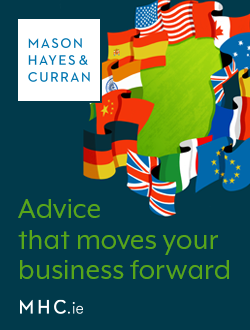