With this much effort put into closing a Transcat acquisition, Jim Jenkins could have been mistaken for a postal carrier. Indeed, “neither snow nor rain nor heat nor gloom of night,” deterred Jenkins that night in December 2020, as he drove home through a blizzard from Richmond, Virginia, to Rochester, New York. 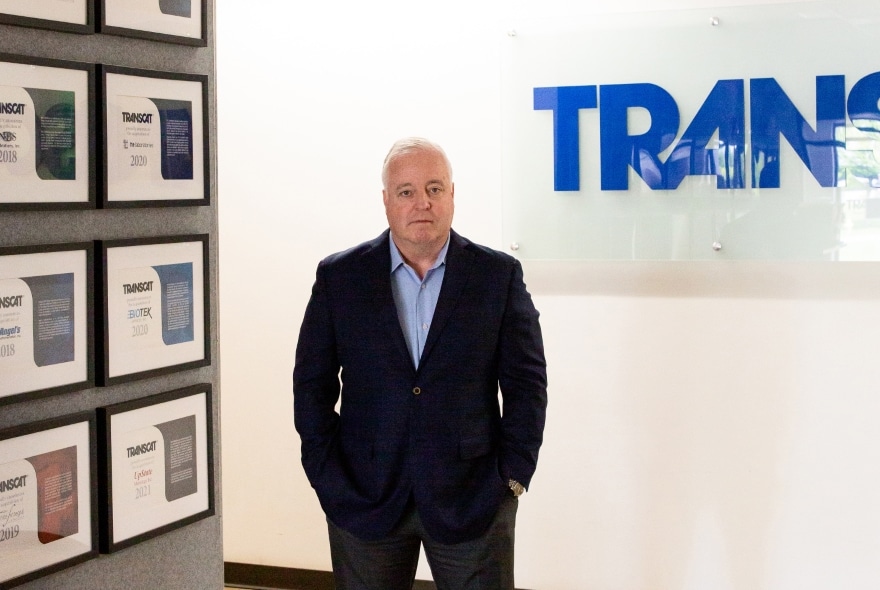 Stormy nights are part of the deal, but as Jenkins notes, Transcat’s M&A strategy is as much about acquiring talent as companies as honoring the skill and dedication that went into building each company.

“We’re buying a company that started in a garage, and we’re sensitive to that because that’s how Transcat started,” Jenkins says. “These are people who created something amazing through their own blood, sweat and tears. The American dream is alive and well.”

Founded in 1964 in Rochester, Transcat serves customers in areas including life sciences, energy and chemical process industries, and industrial manufacturing. It not only tests and calibrates equipment for companies, but sells and rents items such as calibrators, data loggers, thermal cameras, cable testers and scales, according to the Transcat website.

It does sophisticated work for customers that are highly regulated by agencies including the U.S. Departments of Defense and Energy, the Federal Aviation Administration and the Food and Drug Administration. Because Transcat is also publicly held, Jenkins’ legal work includes reporting to the U.S. Securities and Exchange Commission while advising the company’s board of directors and executive leaders.

“We’re calibrating instruments for high risk of failure industries,” Jenkins says. “You don’t want to calibrate an instrument for a medical device or a vaccine incorrectly, or one that puts a rocket in space. We have a 50-year reputation of quality and we’ve earned it.”

He’s in the company of friends as he fulfills his role, he adds. Hilary Hagen is part of the legal department—they worked together in the Rochester legal firm of Harter, Secrest & Emery LLP, which continues as the company’s outside counsel. 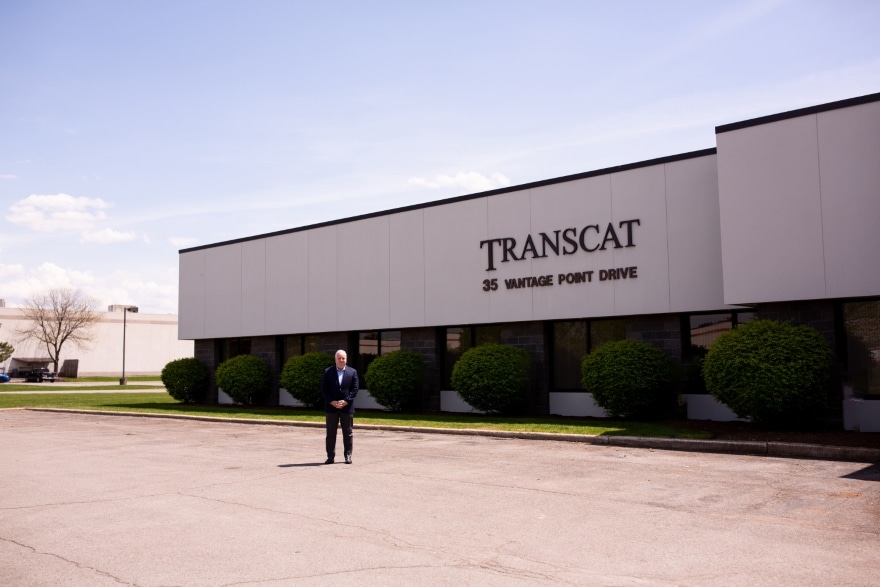 “I joke and say that my time as their outside counsel was my 20-year interview,” he says.

The acquisition prompting Jenkins to drive home through a blizzard brought Richmond-based BioTek Services Inc. into the Transcat family. This also expanded its services in life sciences as BioTek calibrates pipettes and liquid handling devices.

The BioTek acquisition was not the first he helped steer for the company, but it was his first as in-house counsel.

“The corporate lawyer takes risks vicariously through clients. Now these people are my teammates. I’m enjoying the decisions and being held accountable from the inside,” Jenkins says.

Transcat targets acquisitions for how they can help the company grow, and part of the criteria is geographic, he says. It now has more than 20 calibration labs spread from Boston to Los Angeles, including ones in Toronto, Montreal and San Juan, Puerto Rico.

With CEO Lee Rudow and Chief Financial Officer Mark Doheny, Jenkins says Transcat not only moves quickly as it decides which companies are suited to acquire, it does so with the intent of adding expertise as well as assets.

“I am very much involved in defining the types of targets for the company,” Jenkins says. “There are larger acquisitions to smaller ones that we ‘tuck in’ to existing labs, as well as different sets of criteria and analysis to consider.”

Rudow sets the tone, he adds. In his initial approach, Jenkins says he wants the company officials targeted for acquisition to understand Transcat is not looking to acquire a company, strip its assets and then sell it off again. 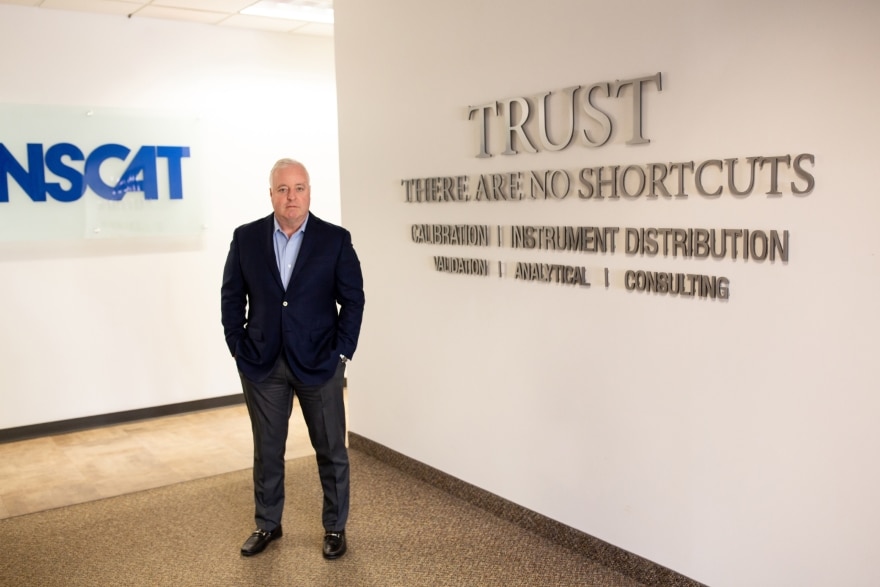 “Finding targets is not the easiest thing in the world,” he says. “Our CEO comes from a startup background himself. He has a huge perspective when it comes to the shareholder, with what it means to the business—it can be an advantage.”

Executives from acquired companies are welcome to stay on to help Transcat grow, he says. Still, he will always face questions about the new structure and Doheny leads a company integration team that makes site visits to bring everyone together.

Born in Detroit and raised in Rochester, Jenkins likes to say that with his Irish Catholic upbringing, his career choices were to become a doctor, lawyer or priest. After graduating the Virginia Military Institute as valedictorian of his 1986 class, he went on to the West Virginia University College of Law and earned his J.D. in 1989.

His legal career began with a return to Rochester, where he joined Harter, Secrest & Emery in 1989. It was a long and fruitful tenure, where he rose to partner while becoming well-acquainted with Transcat. His outside counsel relationship developed after a partner retired and handed off her work to Jenkins.

By that time, in the early to mid-2000s, Transcat was involved in M&A while also undergoing some changes in management, he recalls. Even as the strategy developed, the company didn’t create its own legal department. It was not until January 2020 that Rudow approached Jenkins about becoming Transcat’s first general counsel, he says.

Given both their relationship and Rudow’s extensive experience in the instrumentation and calibration areas, Jenkins says it was an offer he readily accepted.

“I have a CEO who’s always worked in calibration, knows every name in the space. His familiarity is a huge bonus. If you’re going to pick a brain in the industry, I’m not sure I could find anybody better,” Jenkins says. “I love my former colleagues and firm, but with this new endeavor, I’ve never looked back.” 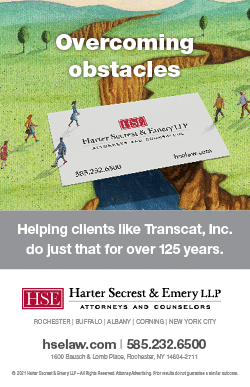 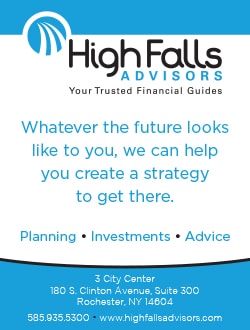