It’s Rosebrock for the re-brandings and beyond

Quite the interesting scenario that Mark Rosebrock chose in the summer of 2019. Much had happened at Jarden Corp. since he served as associate general counsel from 2007 to 2011, as well as at other affiliated companies through 2017, and returned, in a way, last year.

First, Jarden, a consumer products company, was no more, having been acquired in 2016 by Newell Brands. In 2018, what was Jarden Process Solutions, a manufacturing and material sciences division of four companies, each with its own niche, went through a divestiture process and was eventually acquired by private equity in 2019. 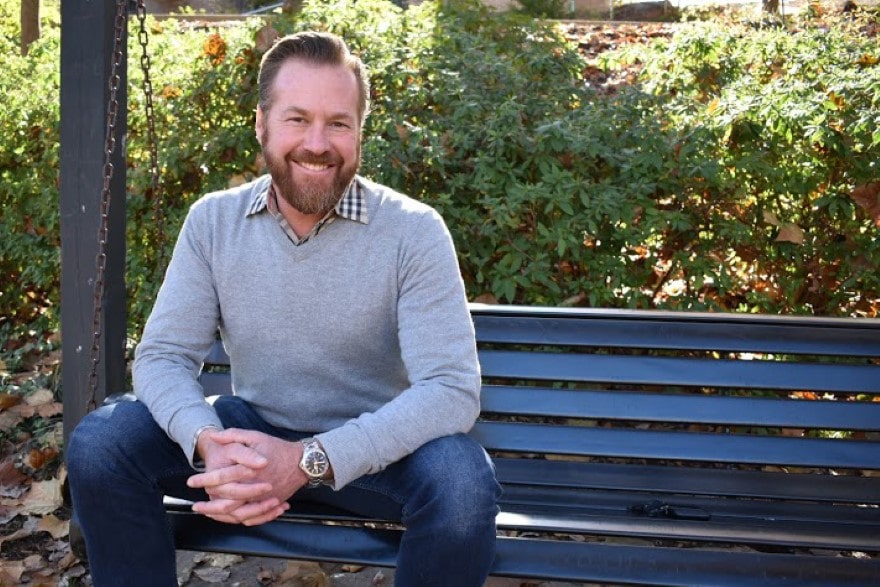 Then, early last year, Jarden Process Solutions rebranded as Jadex Inc., intensifying its focus on sustainable and innovative manufacturing, and leaving Rosebrock with much to do on all fronts as a one-man legal team at company headquarters in Greer, South Carolina.

“Challenging to say the least,” the senior vice president and general counsel emphatically tells Vanguard this past December. “A standalone company no longer under the corporate umbrella and with four distinct business units struggling to leverage limited synergies. Quite the unique model for a company of its size.”

But one with much opportunity to harness the medical, industrial and consumer markets. Especially with so much of the world focused on environmentally friendly manufacturing that could play to Jadex’s strengths.

Not four of a kind

Each of Jadex’s four companies has undergone rebranding for this brave new era under a private equity-owned umbrella.

What had been Jarden Plastic Solutions now goes by Alltrista, whose stock in trade is high-volume, precision manufacturing for the medical, consumer packaging and high-end industrial markets. 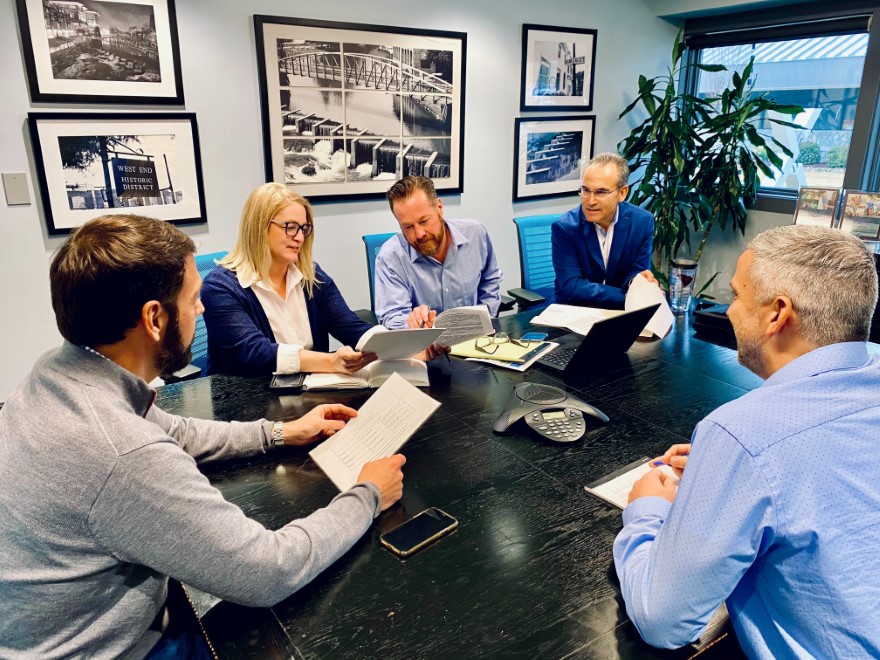 What had formerly been Jarden Applied Materials reverted to its original name—Shakespeare, making its mark not in literature but in advanced polymers (engineered nylons, performance monofilaments, conductive fibers) as well as lawn and garden products and specialty antennas for maritime and military use.

Jarden Zinc Products, whose specialties include providing the coin blank for the U.S. penny, is now ARTAZN, a one-stop shop not just for currency manufacturing but also for industrial products and the cathodic rust protection of steel-based infrastructure.

And what used to be Lifoam Industries, now with an expanded product line, is collectively LifeMade Products, whose temperature-controlled packaging is especially a go-to for the healthcare, pharmaceutical and food industries, while their disposable products—straws, coolers, cutlery—offer consumers a sustainable alternative to competing products. 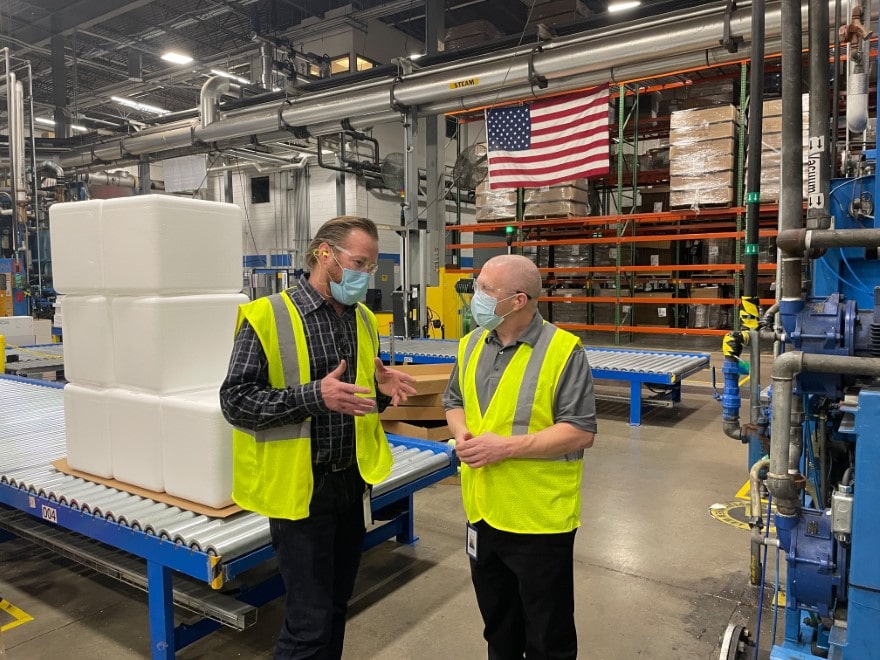 While helping the companies develop new names and brand culture, Rosebrock wants legal on the forefront, nipping potential issues in the proverbial bud. He’s among the more well-versed corporate counsels when it comes to infotech and sees enhanced use of software and automation as essential to Jadex’s growth.

“My favorite aspect of the job is the diversity of matters spanning the breadth of the company’s legal needs and agenda,” he says. “One of my goals is to be as consistent and uniform as possible in what we roll out. A perk in being the first in-house counsel is the ability to create and define repeatable processes for accuracy and efficiency.”

He’s no longer alone in the legal department, Rosebrock having recently onboarded a paralegal who enables him to focus more on strategy, intellectual property, M&A and legal operations and less on corporate secretarial and administrative matters. He hopes to continue to grow the legal department to keep up with the quickly growing and evolving company and to sustain the burgeoning requests. 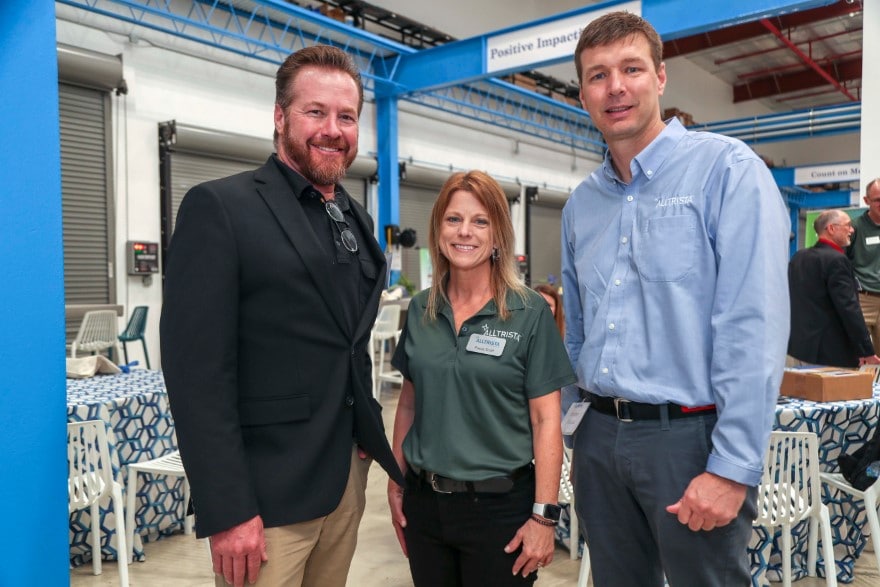 While Rosebrock notes there haven’t been any material liability claims on his watch, he has had to settle those based on facts that preceded him. Each of the four companies churning out innovative devices, he oversees a growing intellectual property portfolio, but has found ways to streamline its costs. Through involvement with, and education of, each business team, he has enhanced the contract and policy processes, which were not as efficient prior to his arrival.

Though the products and customers of the four companies are very different, he strives to find similarities. In foam, Jadex tries to create proprietary sustainable technology, while in plastics, the focus is on size reduction of materials. There being no alternative to zinc, the focus there is producing less waste.

With Jadex operations in 16 U.S. manufacturing locales as well as a couple in the United Kingdom and one in Puerto Rico, Rosebrock has had much to do on COVID-19 matters to maintain steady supply chains while keeping pace with constantly changing international, federal, state and local regulations. 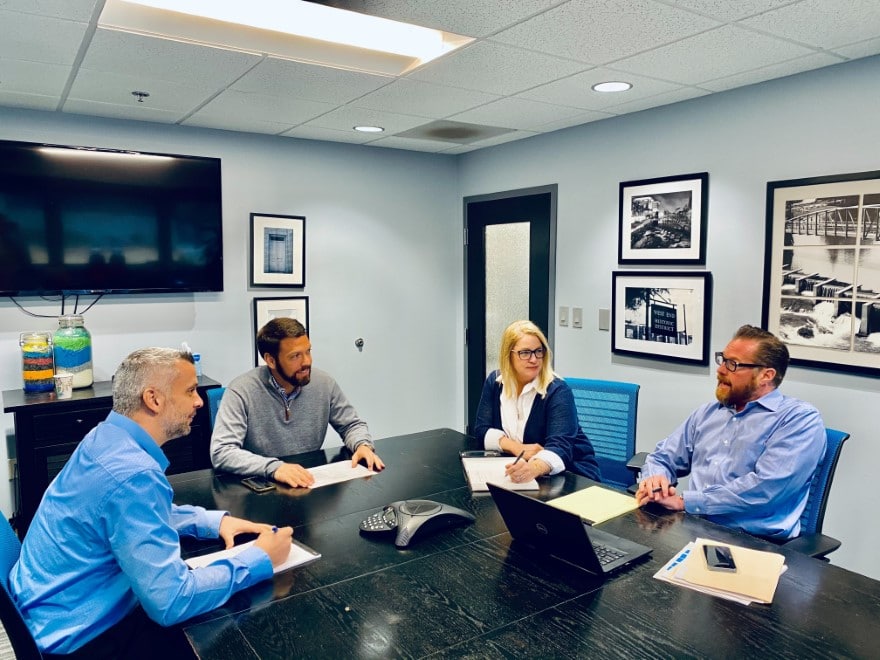 “The businesses have all worked together on the management side for 10 years under the same group,” he says. “In-house legal was not an asset they were accustomed to, but they are increasingly taking advantage of the resource.”

Though that’s not unique to Jadex. Indeed, the 2000 UCLA School of Law graduate has forged relationships in other challenging in-house roles since cutting his teeth as a corporate associate with Gibson, Dunn & Crutcher in Los Angeles for four years. “It was excellent training,” Rosebrock says, but he wanted to counsel deals strategically from concept to fruition. He got that chance with K2 Inc., and was associate general counsel when the sporting goods heavyweight was absorbed by Jarden in 2008.

In 2011 he began a five-year stretch as senior vice president and general counsel with The Coleman Company Inc. in Denver, and then had stints with Newell Brands and Element Solutions Inc., before accepting the Jadex role.

“Possibilities do seem endless here at Jadex,” he says, as he endeavors to gain a bigger seat at the table for legal.

“It’s been an interesting developing role as a newly formed standalone company with a lot of shifts, and they’re ongoing,” Rosebrock says. “Four distinct businesses, each with its own personality, ensures that each day has its unique challenges.” 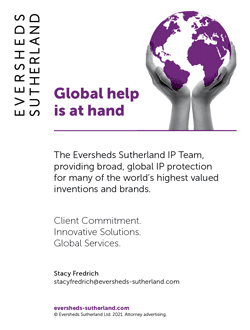