Jonathan Truppman has never slept so well since becoming legal boss of global sleep company Casper, but he couldn’t have predicted that in early 2015, when joining the Big Apple startup seemed the lesser of two career paths.

The most appealing—at least for most young lawyers—would have led back to Miami, where the then 29-year-old Harvard Law grad could have clerked for the Hon. Adalberto Jordan in the 11th Circuit in Miami,  after two productive stints with Paul, Weiss, Rifkind, Wharton & Garrison LLP, sandwiched around clerking in New York City’s federal court. 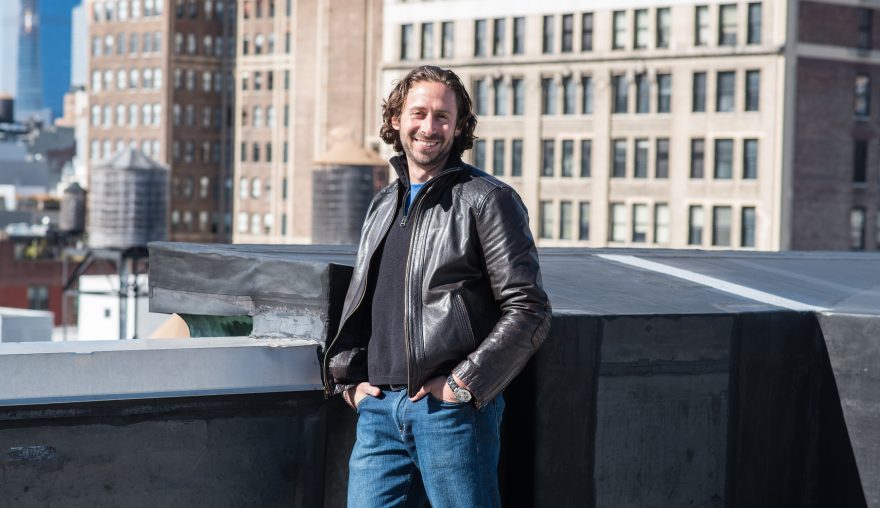 Instead, after much soul-searching, he hooked up with a gaggle of young eccentrics seeking to disrupt the $14 billion North American mattress industry and its seeming glut of options for a good night’s sleep.

Three years later, the decision has been more than just vindicated. But you won’t find Truppman or his Casper colleagues resting on their laurels; only on a Casper mattress and back on the job early, trying to do for their industry what Starbucks did for coffee and Nike for footwear.

“Nike started off as a shoe company and became a fitness company,” says Truppman, who relishes his role as general counsel at Casper. “Like them, we’re becoming a lifestyle brand. In just a few years, we’ve gone from mattresses to a whole suite of sleep products like pillows, bedding, bed frames and more.”

Dog mattresses too, in three sizes, all of them fashioned around the behavior of canine companions who may sleep half the day as opposed to the one-third recommended for humans.

So far, Truppman’s duties have been more business than legal, weighing in on all matters responsible for Casper’s inroads into more traditional retail operations that augment the thriving online business.

When Truppman spoke with Vanguard on Feb. 28, Casper had already begun selling sleep products out of over a dozen pop-ups across the country as well as at Target—and just one day earlier had opened its first permanent retail destination, the Casper Sleep Shop, in Manhattan’s trendy NoHo neighborhood, the store and showroom seeming, at least in part, theme park. 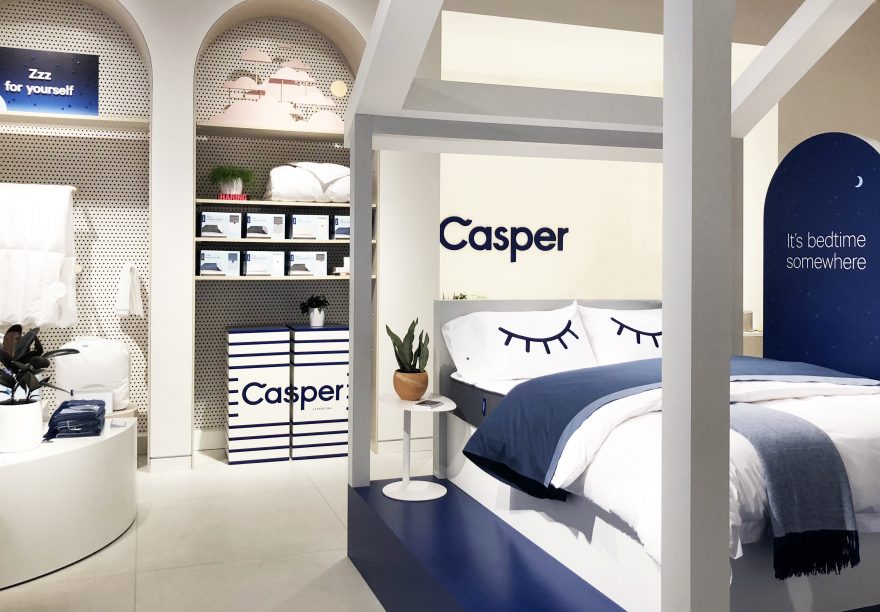 As Truppman explains, mattress shopping has traditionally been an unpleasant experience, a lone consumer testing various beds for no more than minutes at a time in the presence of a salesperson trying to steer them to the pricier models, a heftier commission being the overriding concern.

“We’re trying to clean up what’s been a very dirty industry,” Truppman says. “There’s no transparency at those big retailers where the sales reps just exploit you. We’re transparent in the digital market and are doing the same in the stores.”

At Casper Sleep Shop, it’s as unconventional a modus operandi as it is transparent, with each mattress kept in a colorful miniature home with dreamy installations. Bedrooms typically being on a house’s second floor, there’s even a small stairway leading to the entrance to enhance the effect of retiring for the night, and once inside, visitors can test and experience Casper’s product suite in a private, comfortable environment.

That’s time well spent; after all, if a person sees his or her 75th birthday—and most folks now live to at least that age—a good 25 of those years may be spent in bed.

“It’s not spoiling yourself,” Truppman says, “to demand the extra comfort that Casper offers.”

And which may be giving ideas to competitors.

Won’t rest his case yet

Truppman groans while mentioning another online mattress company, GhostBed, saying the name hits too close to home. This Casper and that Ghost are not on friendly terms, explains Truppman, adding that he’ll be watching that competitor and others to ensure they don’t infringe on what he’s trademarked.

But the best protection, he says, is just continuing to invest and innovate. That’s mostly done in San Francisco, where Jeff Chapin—in Truppman’s words, “the Steve Jobs of mattress making”—leads the research and development behind Casper’s product suite. 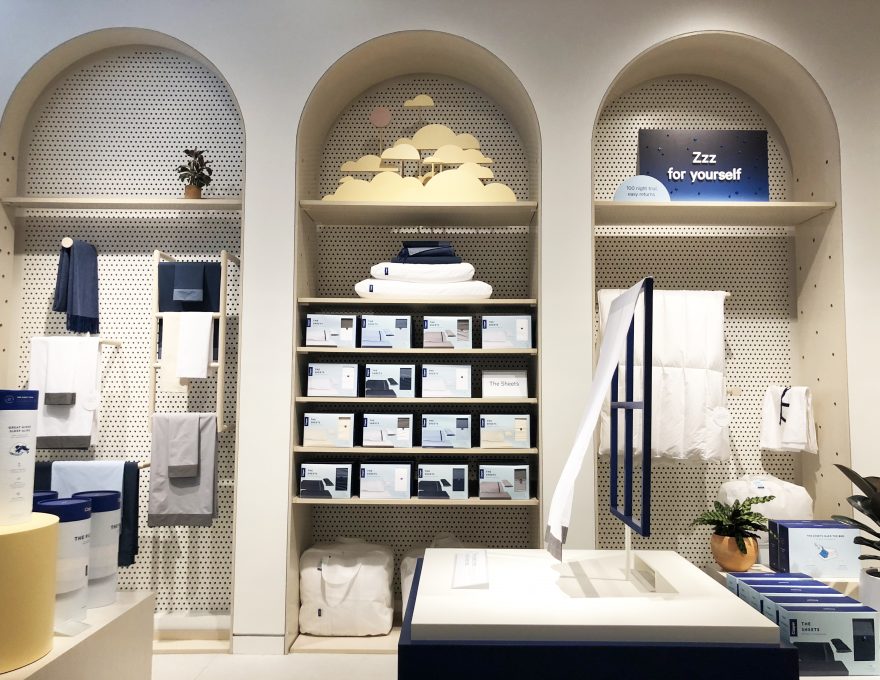 “We’ve had many copycats try to leech off our investment, hard work and goodwill, and while I’ll protect our IP (intellectual properties) and ensure agreements with manufacturers, the best defense is multi-prong: Invest and innovate and deal with the copycats firmly if necessary,” Truppman says. “But while they’re copying, we’re continuing to invest and innovate and that will always keep us a step or two ahead.”

Prompt delivery, with the vacuum-packed mattress arriving in a modest-sized sailor-striped box, a 100-night trial period for humans and dogs alike, and full refund with no-cost pickup, are among the consumer-friendly enhancements that have figured in the growth of the four-year-old company.

No rest for growth

And what growth it’s been. The legal team that three years ago Truppman described as “me, myself and I,” now includes another lawyer, a paralegal, an executive assistant well-versed in international business, and a consultant for data privacy. The work force surpasses 350 and total revenue since inception has exceeded $600 million.

When Truppman spoke with Vanguard, he had begun mulling over candidates for a full-time lawyer position in Canada, where, among other scores, Casper has become the official sleep partner of the Toronto Maple Leafs, who, for whatever reasons, are back among the National Hockey League’s contenders. 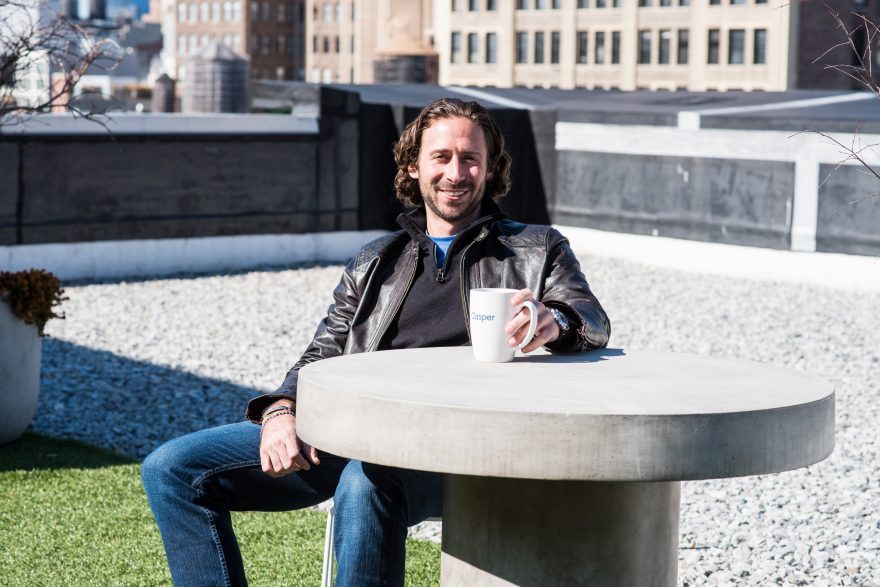 With celebrity investors including Ashton Kutcher, Leonardo DiCaprio and Fifty Cent adding to what heavy hitters like Target kicked in, Casper raised around $170 million last year to position it for what industry observers expect to be an initial public offering.

Truppman plays it coy on that subject.

“As we grow, we want to be public-ready even if we stay private,” he says.

And is he ever glad he opted for what others perceived as a longshot startup rather than another firm.

“As a company, we operate a senior leadership team on which I sit,” he says. “I’d never want to join a company where I’d be just a lawyer. You’re in the wrong place if you’re just doing legal. There’s no such thing as just a legal issue here; it’s a business issue with legal implications.”

Those two stints at the New York firm weren’t long, but they did prep him well for the complexities of corporate law.

“The joke I like to tell is that while working at the law firm I used to help large financial institutions sleep soundly,” Truppman says. “Now I help everyone.”

Except, perhaps, the competition. 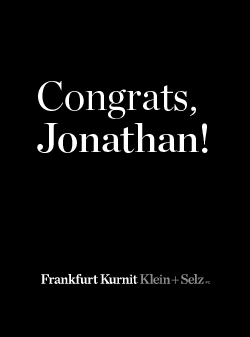 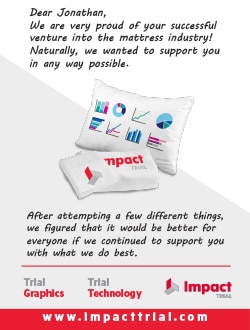