Protecting the (circuit) board

There’s one kit for exploring the surface of an alien planet, with folding solar panels and app-powered wheels included. There’s one that lets you build and customize a synth guitar, and another that enables you to control and monitor your room. Not to mention a myriad of intricate, multi-user kits for schools and teachers, solidifying littleBits position as a true educational change maker.

All of the products offered by littleBits feature technology that allows users to create their own experiences using modular circuits—and dozens of different inventions—safely and seamlessly. 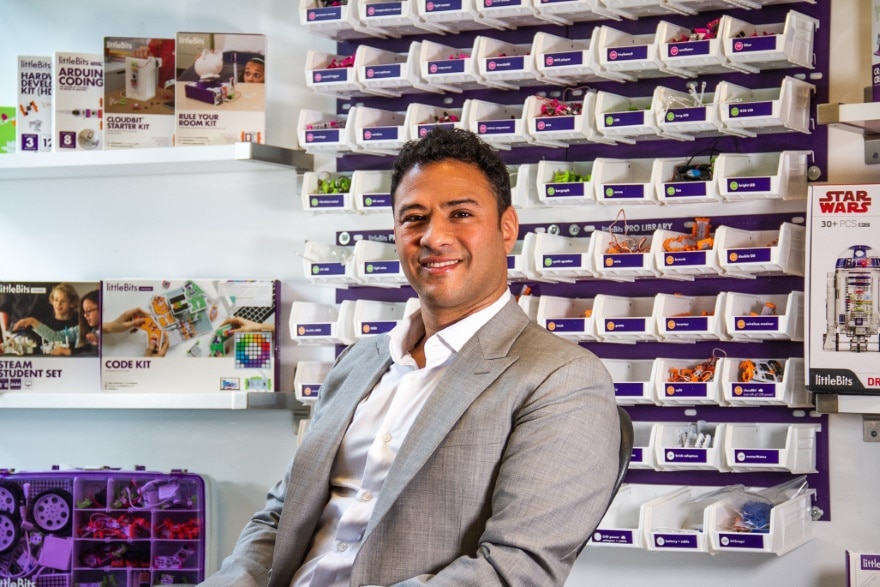 In other words, exactly what an eight-year-old Matan would’ve put at the top of his birthday wish list, although the gift he got last year was just as welcome: a chance to help take this game-changing technology to the next level, to help children foster their creativity and—most important of all—make an impact on the world.

“I’ve wanted to contribute to something tangible—something that changes people’s lives for the better,” says Balas, general counsel for littleBits. “You watch kids playing with our kits, you see how their eyes open and their minds engage with what’s in front of them: that’s making a difference.”

Since being tapped by CNN as one of the country’s top 10 startups in 2013, the company has become a leader in STEAM (short for science, technology, engineering, art and math), reaching 2,000 schools—and countless thousands of individual customers—across 70 countries around the world.

At the heart of littleBits is its unique, patented modular technology. Rather than needing a motherboard running the various components, users instead use smaller circuit boards as “building blocks” to create a host of engaging wares, from space rovers to electronic instruments of their own.

In addition, littleBits has grown to become a leader in the digital content space with its inventor platforms, at www.diy.org and www.jam.com, which produce streaming content that spans the spectrum of science, tech, arts, building and engineering, covering a range of topics from astronomy to cryptology to rapid prototyping and woodworking.

Of course, being first often comes at a cost, particularly in the realm of intellectual property (IP), where Balas says there’s no shortage of pretenders vying for the company’s throne.

“Our products look simple, but the circuit boards themselves and technology behind their modularity are quite sophisticated,” says Balas, who brought years of IP experience when he joined littleBits in March of 2018. According to Balas, most copycats originate in China, and to combat them, he and his team research the newest players in the space, always looking for potential breaches and finding ways to aggressively and creatively combat copycats and other infringers.

In the right hands

More broadly, Balas has played an outsized role in helping shape the company’s legal and ethics programs and strategy. Having worked on countless acquisitions, investments and offerings—and owing to nine years at XO Group, a then-publicly traded technology company and marketplace, where he headed the legal and internal audit functions—Balas has brought a unique perspective on how the company defines itself. 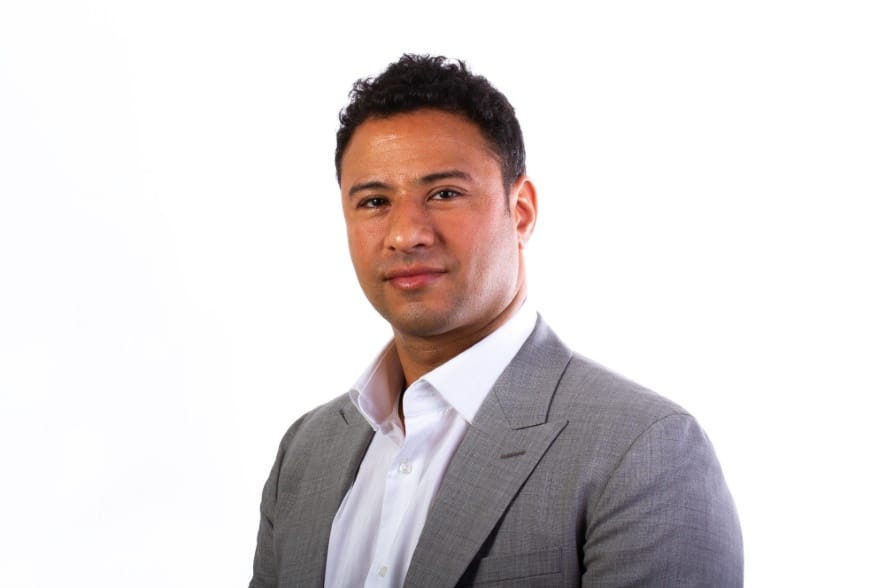 “When you’re a mission-driven company like we are, that comes with a lot of responsibility in terms of how you’re positioning yourself in the wider market,” Balas explains. “It’s my job not just to make sure the t’s and i’s are crossed and dotted, but more broadly and importantly, to hold us, as leaders in the space and a company developing the next generation and generations to come, to the highest standards.”

Still, Balas says the company’s appeal was about more than just gadgets and growth. Like the company’s founder—the Lebanese-Canadian entrepreneur Ayah Bdeir—Balas spent many of his formative years abroad, toggling back and forth between Israel and New York City.

In littleBits, Balas saw a company whose belief in diversity mirrored his own: one committed to transforming the way kids learn so “they can grow up to be tomorrow’s change-makers”—no matter their age, gender, race, nationality, or ability. In fact, almost 40 percent of today’s littleBits users are girls, four times the industry average.

A self-described “product of the 90s tech boom,” Balas harbored an early love of science and technology—even as his eighth-grade yearbook predicted a slightly different path.

“I was flipping through it recently, and apparently I wanted to be a lawyer,” Balas says with a laugh. “I grew up with very modest means, moving back and forth until I was eight years old. But my parents always encouraged me to dream big.”

After earning a B.A. in English (and minors in biology and business) from New York’s Yeshiva University in 1999, Balas enrolled at the nearby New York University School of Law. It was there that Balas discovered his passion for corporate law, IP, and data protection—in addition to interning for future Supreme Court justice Sonia Sotomayor.

J.D. in hand, in 2003 Balas joined Proskauer Rose LLP, which at the time was one of the few firms in New York City recruiting lawyers interested in corporate tech.

Over the next five years, Balas augmented his skills with a growing docket of investment work and helping scores of media and technology portfolio companies on all of their corporate matters, from mergers and acquisitions to initial public offerings, and becoming their go-to adviser on IP portfolio management, privacy and data protection, and corporate governance and regulatory compliance.

In 2009, Balas moved in-house, originally joining XO Group to help with the company’s international expansion and product transformations. But Balas soon grew as a company leader and trusted adviser to the executive team and board of directors, overseeing SEC and NYSE reporting and compliance, corporate governance and ethics initiatives, and M&A and investment activities. In addition, he and his team tackled a litany of day-to-day legal matters for the company’s most successful brands, including The Knot, a wedding marketplace and planning resource; The Bump, a leading pregnancy and parenting resource; and GigMasters, an event-booking website.

Rewarding as the work was, after nine years, Balas sought a new adventure at a company that was changing the world and leaving a new mark. Specifically, a job squarely on technology’s cutting edge—domestically and internationally—and a role where the bottom line and the big picture were inextricably linked.

“For us, complying with the law is just the beginning. It’s what we do above and beyond that that truly defines who we are as a company,” Balas says. “I think our tagline sums it up: Making Changemakers. We’re giving kids the tools to do amazing things—to be tomorrow’s leaders. To us, that’s special.”