An approach that’s par for any course

As every golfer knows, you’ve got to play by the rules: Where you can drop a second ball after hitting the first into a pond or the woods. How you may address a ball in the bunker. Whether conditions allow for preferred lies. About mulligans: None, at least not while playing for keeps.

Joe Nauman doesn’t need to be reminded about those rules; those are the easy ones. It’s the more complex rules that occupy much of the time and intellect of the good-natured executive vice president and general counsel of Acushnet Holdings Corp., the venerable company in Fairhaven, Massachusetts, whose extensive line includes the hallmark Titleist ball and clubs, FootJoy shoes and other golf course staples. 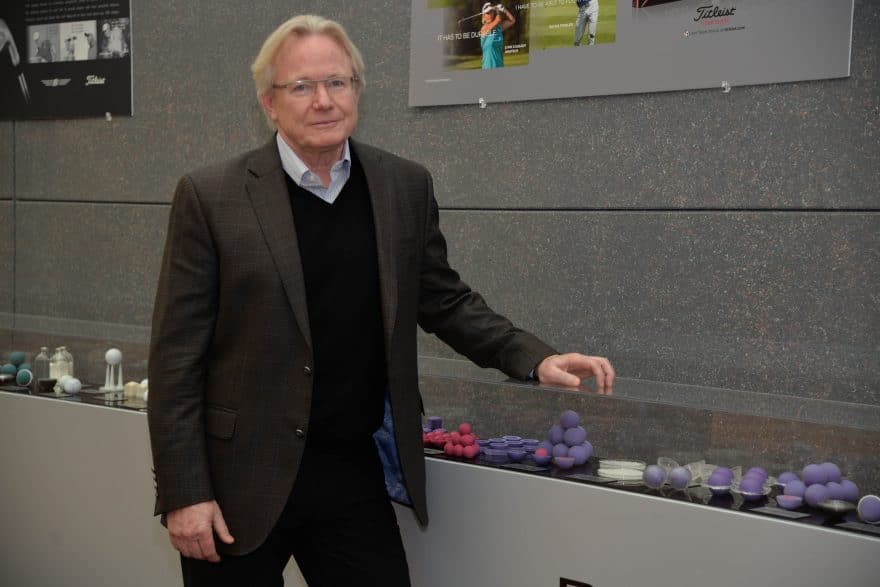 All of which are constantly evolving, which sometimes puts Acushnet at odds with the game’s rule-making bodies: the U.S. Golf Association and the Royal and Ancient Golf Club of St. Andrews (better known as R&A), both of which are charged with protecting the game’s traditions and ensuring that new technology is not replacing skill.

Not wanting the stately game of golf to be unduly contentious off the links, Nauman applies his well-honed politesse when tradition and technology clash, and that’s happened a lot in the past two decades as a virtual arms race among manufacturers for user-friendly, tech-based equipment has intensified, sometimes to the chagrin of purists who still may have trouble adjusting to that oxymoron of “metal woods.”

No avoiding the rough

“Throughout history, there’s been tension between protecting the integrity of the game and the innovations to help golfers play their best,” says Nauman. “That tension has always existed, but in the last 20 years it has become acute. We hear that balls go too far and golfers can buy a good game. I don’t think anybody can use equipment to buy a better game. I know I couldn’t.”

“Throughout history, there’s been tension between protecting the integrity of the game and the innovations to help golfers play their best.”

Nauman explains that if the pros are benefiting, it’s because they are pros to begin with: They hit the sweet spot consistently, they grew up swinging titanium drivers instead of wood, and, like athletes in all sports, they’re more fit than their predecessors. And pointing to a study that indicates that in this century, the average player isn’t likely to send many drives beyond 220 yards, Nauman discounts the idea that modern equipment is making a mockery of most golf courses.

“The leaders of that band are former players who happen to also be golf course architects,” Nauman says. “The only courses that are potentially impacted are those 200 or so courses around the world that host tour events, one week a year. There are over 20,000 courses in the U.S. alone and some 50,000 worldwide.”

Nauman came to the law later than most, even putting off his Columbia undergraduate education until he was 30, and then opting for the New York University School of Law with the idea of being a corporate counsel—a position he thought meshed with his people and problem-solving skills.

Upon joining Acushnet in 1992, Nauman says he saw a need for better relations with golf’s governing bodies, and in the late 1990s  helped initiate regular meetings—“a political relationship”—between Acushnet and the USGA and R&A. Such interaction can give the rule makers a better understanding of the newest technology and its impact on the equipment industry, he says.

“We’ve been very transparent and honest with them,” Nauman says. “We haven’t tried to manipulate the ruling bodies for our interest. It’s much less our self-interest than for the benefit of the game, and I believe the ruling bodies appreciate that. We have credibility with them when we articulate a point of view.”

He says that while those governors don’t disclose what influences them to create or change a rule, there’s give and take for bringing up ideas and reaching common ground, and that’s important because the evolution of golf equipment—in progress since the early 18th century—shows no sign of stopping.

Which puts other items on Nauman’s plate.

Historians tell us that in the early 18th century, balls and clubs alike were made of hardwood—call it “the dead ball era” of golf. What was gradual change has long since become near-breakneck, with product life cycles shrinking to as little as six months. With so much at stake, Nauman has had to load his 20-member legal staff with nine patent lawyers to ensure the protection of the intellectual property that comes out of Acushnet’s R&D facilities in southeastern Massachusetts and southern California.

And when the subject is golf clubs, those uninformed can be forgiven if they think someone’s talking about aircraft.

Drivers with movable weights are nothing new, but the Titleist 917 D2 model—available in four lofts—includes a cylinder in two forms: neutral and top-heavy, the former said to keep weight low and deep to compensate for error and the latter to better control direction. Enthusiasts say that driver really flies, and it had better do something special: The manufacturer’s suggested retail price is $550.

But not by driver alone do golfers excel, especially since they’re unlikely to knock the ball more than 220 yards off the tee. So they’ll need a fairway wood which, of course, is really metal with multiple lofts and special weighting that can enable a fade or a draw. That could be the Titleist 917 for a modest $320.

Then for closer shots there are the hybrids and tungsten-heeled irons with a lower center of gravity that’s more forgiving of miss-hits, and the blade and mallet putters for when the ball is finally on the green. And that ball may have a better chance of landing there with its ever new and improved dimples.

While major manufacturers generally honor a competitor’s patents and trademarks, that isn’t always so for Asian and online counterfeiters—and Nauman must keep an eye on them. 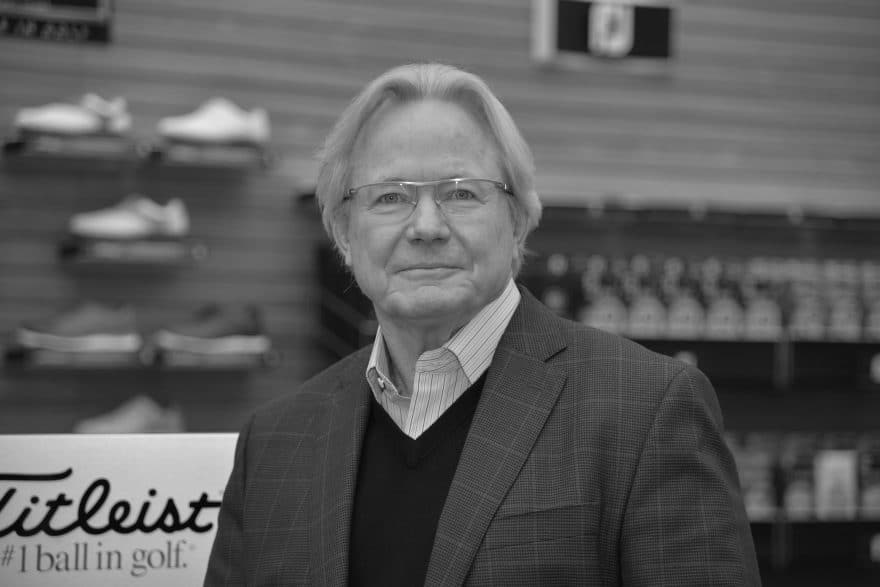 “It’s like whack-a-mole,” he says. “We’ve done a lot to keep it in check. We haven’t stopped it, but we’ve put a damper on it. Fewer folks seem to be doing it; maybe we’re taking them out of play, or maybe they’re just better at hiding it.”

The rules and patents aren’t all that keep Nauman off the links for more than he’d like. Last year he led the process that enabled Acushnet to go public after five years under the ownership of Fila Korea and a consortium of Korean private equity firms.

Being public is a whole new world, Nauman says. Despite greater public disclosure and scrutiny, it could provide greater access to capital for the company’s growth.

And as Acushnet continues to grow, that could mean taking to an even higher level the latest hi-tech clubs and balls.

Which entails the need for more patents, more vigilance against the counterfeiters and more conferences with the rule makers.

So it looks like Nauman is playing a round that could be long-lasting.