For the love of beer (and law)

From golden stouts to black lagers, the world of microbrews proves there’s nothing a dedicated mind can’t make real. Including, it turns out, a career as a beer lawyer.

As general counsel for Craft Brew Alliance (CBA), Marcus Reed finds himself at the nexus of two longtime passions: The first, borne from an epiphany on the Appalachian Trail, where amidst fellow soul-seekers and purpose-finders, Reed first decided to pursue law. 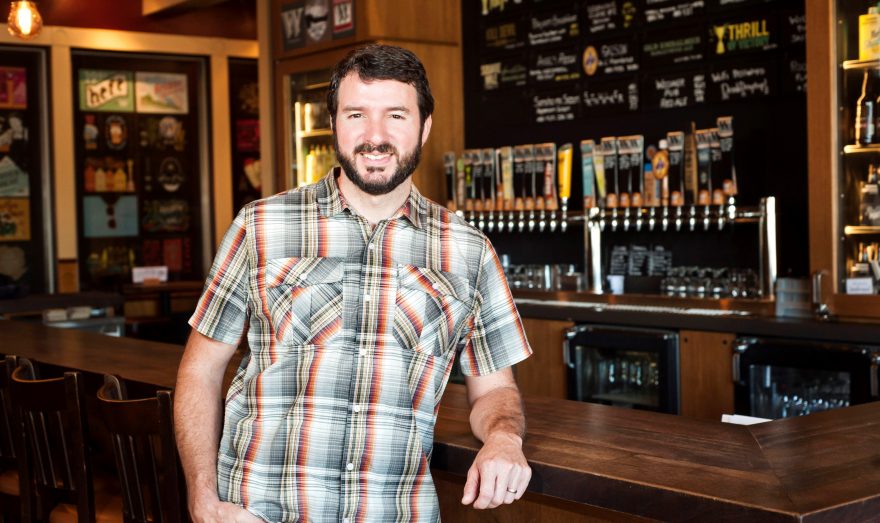 The second, the simple pleasure of a perfectly poured pint, a love he’s since parleyed into a position as an instructor for Portland State University’s Business of Craft Beer program.

After spending a number of years in private practice representing breweries of various sizes (he had around 40 brewery clients by the time he left), Reed joined Craft Brew Alliance in 2015 with the goal of wielding his expertise in a more hands-on setting.

That the company comprised of five beer and cider brands happened to be headquartered in Portland, Oregon, where the native Ohioan had lived since 2001, made the fit feel even more seamless.

Owing to its line of iconic brands—including Kona, Redhook, and Widmer Brothers—Craft Brew Alliance has been seminal in the craft beer revolution. Now, Reed and his craft-beer colleagues are working hard toward an equally bold and boundary-bending future.

“It’s one of the great American communities,” Reed says. “Not long ago, craft beer was a mostly suburban, middle-class phenomenon. Now it’s more diverse than it’s ever been.”

In overseeing four breweries in four cities (Portland, Oregon; Seattle, Washington; Kailua-Kona, Hawaii; and Portsmouth, New Hampshire), CBA is bearing intimate witness to that very phenomenon. With some analysts projecting craft beer to occupy 20 percent of the total market share by 2020, the opportunity for growth and diversification remains ripe for the pouring—mostly.

It’s not all hop flowers and sunshine, however. Following years of gangbusters expansion, a saturated market is beginning to contract, particularly among national and regional craft brewers.

Simply put, even though Americans are drinking beer like never before, that consumption is outstripped by the sheer number of breweries, which have risen threefold—to more than 6,000—over the past two decades alone, in addition to the burgeoning cider, wine and craft spirits industries. 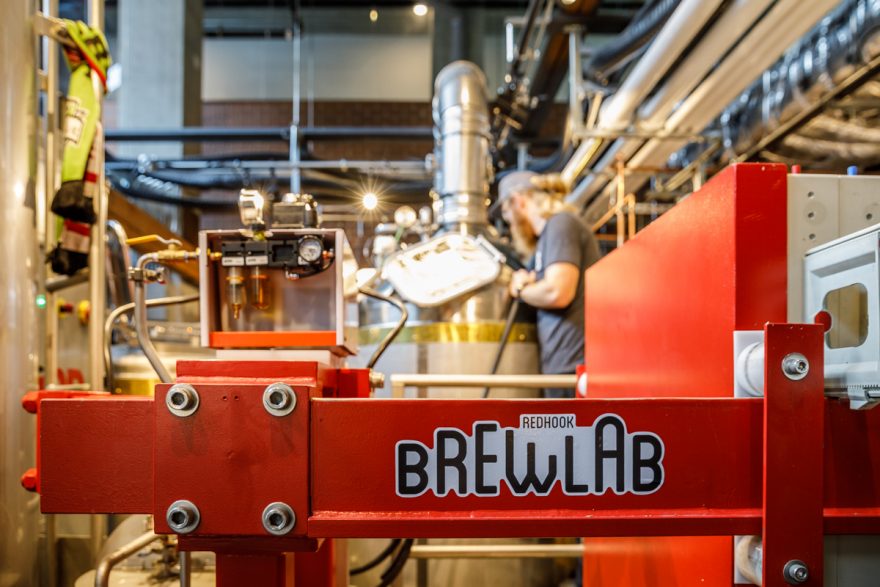 “The competition for shelf space has gotten more and more intense,” Reed explains, referring to the ever-crowding aisles and refrigerators where imbibers find their beer. “Even legal cannabis presents a bit of an obstacle, for the simple fact that it’s competing for some of the same dollars and occasions.”

Still, Reed believes CBA is uniquely positioned in spite of a challenging market. One of its strategies has been to partner with smaller breweries in burgeoning markets—including Cisco Brewers (Nantucket, Massachusetts), Appalachian Mountain Brewery (Boone, North Carolina) and Wynwood Brewing Company (Miami, Florida)—helping them with everything from expanded production to marketing and distribution.

More importantly, these partners are given access to the company’s national network of distributors, thanks to an arrangement between CBA and Anheuser-Busch, the world’s largest brewer.

But while it might seem odd to pair plucky upstarts with industry giants, Reed believes it’s an arrangement that benefits both sides.

“It’s a great way for us to utilize extra capacity within our breweries and play in more local markets.” Reed explains. “It also gives our partners expanded production and distribution without their having to expend a bunch of capital or sacrifice their sense of independence.”

For small-scale purveyors looking to widen their reach, the challenge of quality control becomes paramount. Through CBA’s extensive know-how, these breweries can be sure that their 500th batch turns out as hop-forward and note-nuanced as the fifth.

“It’s pretty wild that my parents in Ohio can go to the store and find some of our beers,” Reed says, “and they’ll taste exactly the same as the ones I get from down the street.”

Yet with the beer universe vaster than it’s ever been, the accompanying legal hurdles have become equally diffuse.

Since Redhook and Widmer Brothers merged in 2008 to form CBA (publicly traded as BREW), the company’s profile has continued to grow, buoyed by a number of market-leveraging acquisitions and spin-offs. Omission Beer, one of the industry’s leading gluten-removed beer purveyors, being one example).

The flipside of greater exposure, of course, is closer scrutiny—a specter Reed and his department are well aware of. 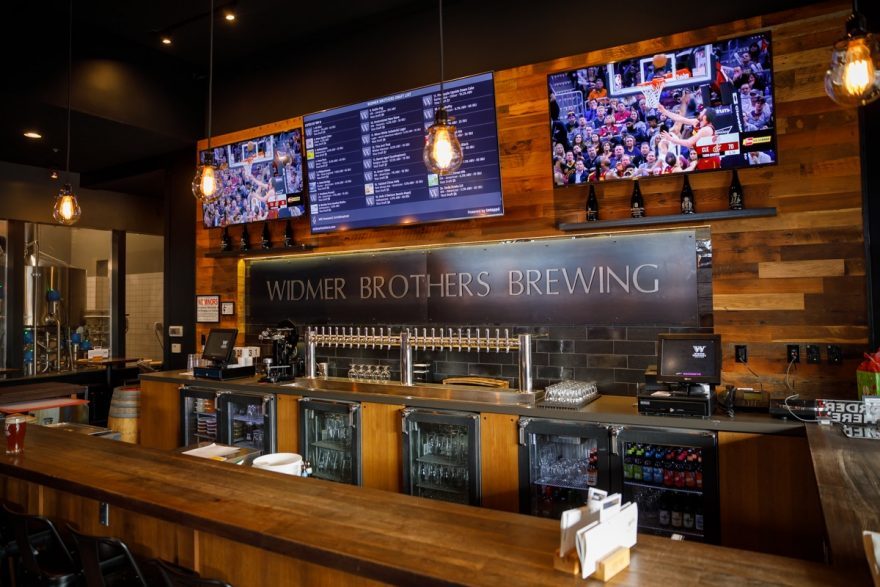 “It’s not that we’re becoming a more regulated business so much as the regulations are being increasingly enforced,” Reed explains. “For a company of our size, we always have to be on our toes when it comes to trade practices.”

Not only does Reed have to parse the particulars of federal law; he and his team of regulatory specialists also have to navigate regulations in dozens of different states. New Hampshire, for example, has four sets of rules governing four different types of alcohol—beer, wine, “fortified wine”, and liquor—with each category subject to its own distribution and sales laws.

In helping steer CBA through this minefield of processes and protocols, Reed credits his in-house legal team, three of whom work almost exclusively on regulatory matters.

As a member of the Oregon Brewers Guild board of directors, Reed literally has a front-row seat for the industry’s “inherent spirit of collegiality,” where disputes are resolved not through cease-and-desist letters, but by picking up the phone—or mailing a case of beer.

“For me, I wanted to be in this industry because of the people who are a part of it,” Reed says. “Through the product, you discover a community that’s genuine and authentic. We solve our problems over a beer. How many industries can say that?” 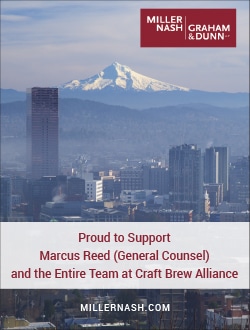