March 12, 2020. The date is engraved in Kathryn Ordower’s memory as the day only four people—from the usual 150 or so—were in office at the New York headquarters of Glossier, a beauty company selling skincare, makeup and fragrance.

After weeks of deliberations surrounding the spread and increasing gravity of COVID-19, she and Glossier leaders had decided to close the stores—and corporate office—for what they thought would only be two weeks. The decision impacted hundreds of employees across two permanent and three pop-up retail locations, one of which was just days from opening. 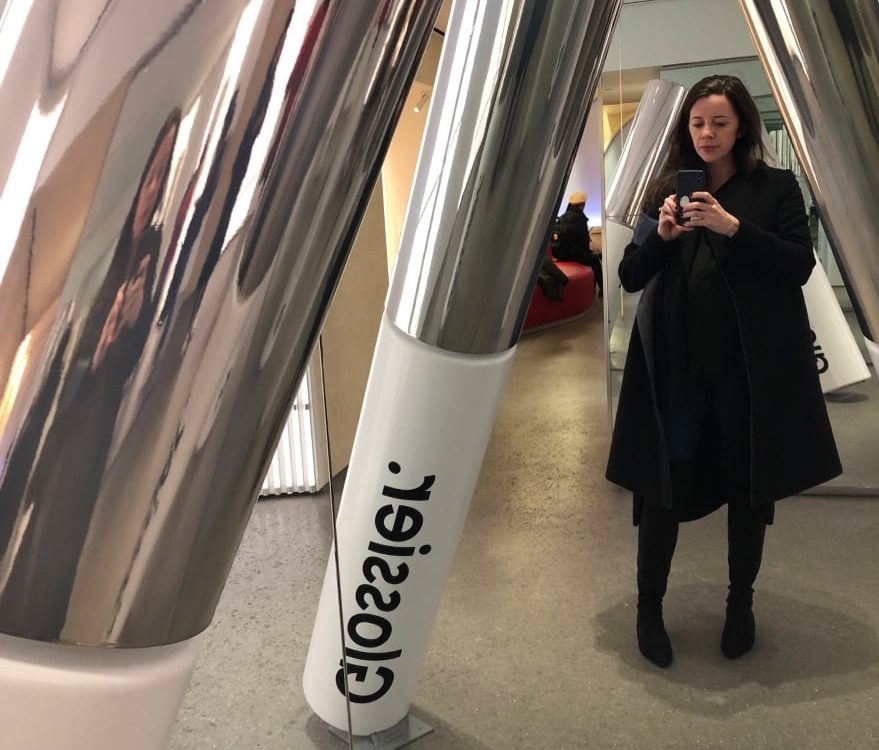 Glossier emailed employees and posted a note on the company’s internal blog.

“Even months after March, we were still grappling with information and regulations that were changing weekly,” says Ordower, who was promoted from vice president of legal to general counsel in August of the same year.

Upon realizing that locations would not soon reopen, Ordower and Glossier leaders decided to pay retail employees through May for all scheduled shifts. At the end of May, those employees were furloughed. A few months after that, with stores still closed and no end in sight for the pandemic, Glossier ended the furlough and laid off its retail teams, providing 12 weeks of pay and extending health coverage through October.

“It was a very tense and painful time for all of us, as so many livelihoods and futures depended on the decisions we made,” she recalls. “Yet out of that ordeal came some good: the corporate, legal and executive teams became more efficient and learned how to work quickly and collaboratively.”

New future for make up

Next, Ordower and Glossier leaders had to negotiate with landlords, Glossier terminating leases.

“We had a very specific and fun layout in those locations. It was a club-like set up and atmosphere—perfect and unique before the pandemic but problematic with its small spaces afterwards,” she explains. 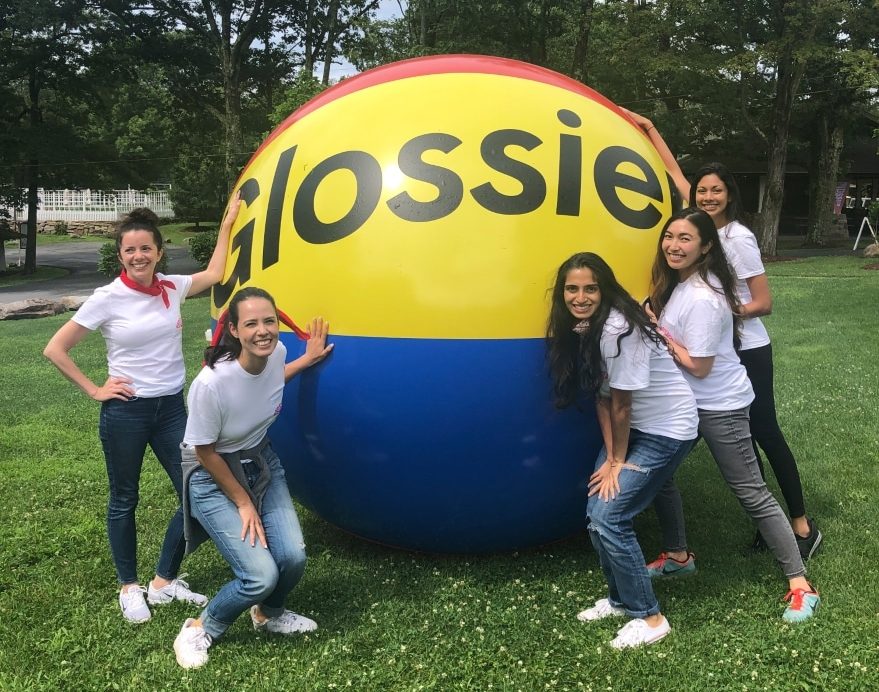 In 2021, the company opened new, permanent retail locations that would allow for social distancing and other precautions. Ordower says that she and her team ensured all contracts were in place with vendors as well as the smaller details. They also worked closely with the People Team to ensure “an optimal and regulations-compliant” employee experience.

“We had—and still have—specific and lengthy spreadsheets for every state where we’re considering opening,” says Ordower, referencing state laws and regulations regarding everything from the collection of e-mails at point-of-sale to the use of security cameras in stores. In late 2021 and early 2022, these efforts contributed to the launch of four locations, one each in Seattle, Miami, Los Angeles and London.

Yet, the decisions keep coming—especially as Ordower says that COVID-19 has basically become a new practice area for companies’ legal and human resources departments.

“We decided very early on that we wanted everyone in Glossier’s corporate offices and retail locations to be fully vaccinated unless medical or religious reasons exempted them,” she says. “It’s been interesting to figure out how we can approach this from a legal point of view, especially as boosters are released.” 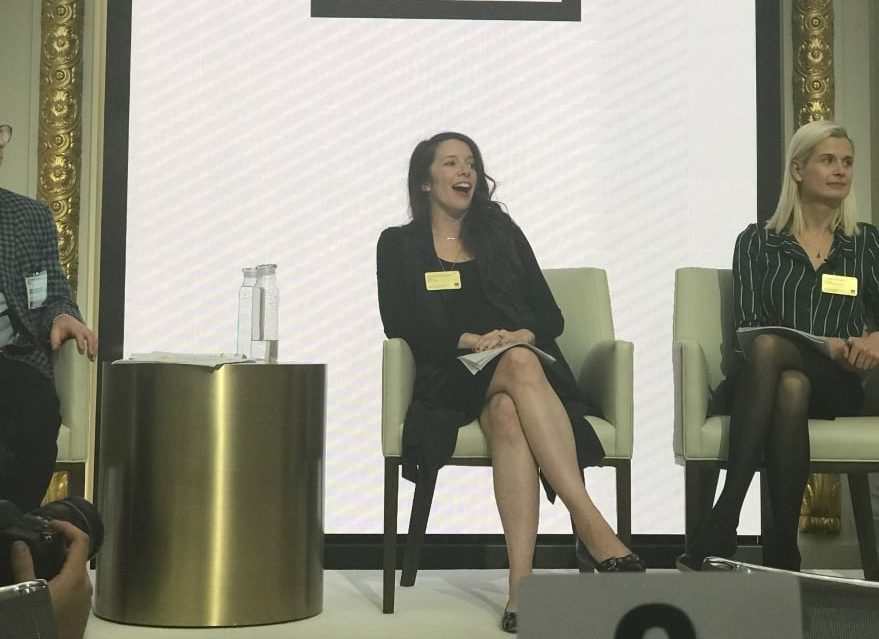 On the human resources side, Ordower, who has also served as Glossier’s interim head of human resources on several occasions, and her team ensure Glossier is compliant with changing regulations such as employee sick time and COVID-related leave, which, in some states, covers getting tested for COVID.

Pertaining to customers, she and her team have also monitored where stores can implement mask mandates for employees and customers—and where it’s illegal to enforce such mandates.

“We’re excited about opening up more stores this year and next,” she says.

From screens to courtrooms

Though Ordower is enthusiastic about helping Glossier navigate this new realm of retail, she hadn’t planned on being a lawyer. Despite her mother working as a litigator for over three decades, Ordower never thought that a legal career was in the cards for her.

“I spent three years after college professionally acting—and professionally waitressing and perhaps even professionally worrying,” she says with a laugh. “I couldn’t handle the stress of constantly auditioning and not having a stable paycheck—my respect to everyone who does that for a living.”

Feeling that life was passing her by, she started studying for the LSAT exam and she found that she enjoyed it. 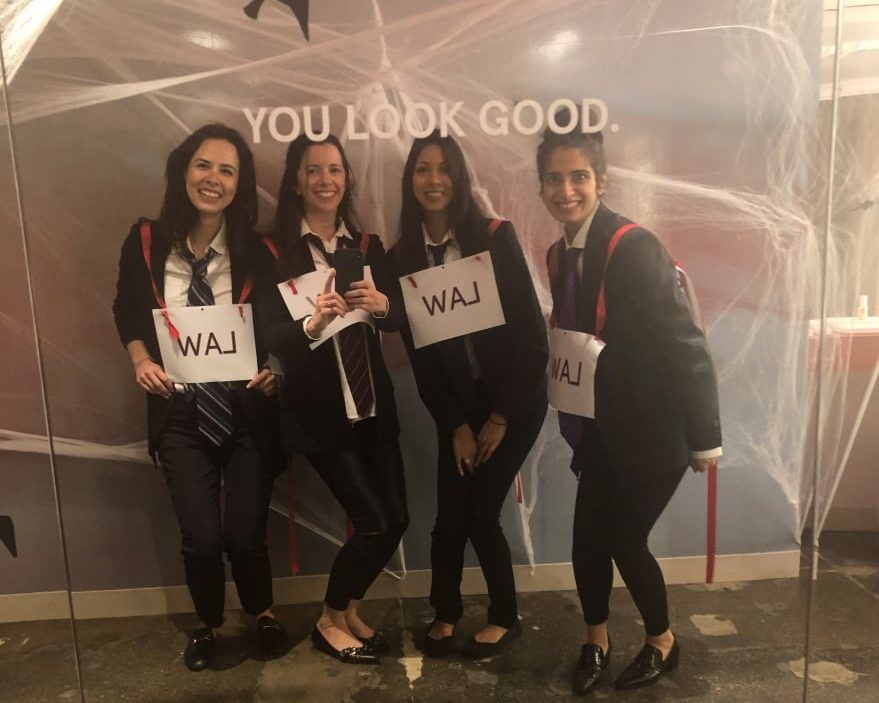 “I was suddenly using a part of my brain that had been dormant for a while,” she says. “I did well on the LSATs and got accepted into University of Chicago Law School—even though I kept auditioning quite literally until the day before I started classes.”

After Ordower graduated with her law degree in 2010, she eventually landed at the flash sale, e-commerce site, Gilt Groupe, as an assistant general counsel. She particularly enjoyed being at a female led company.

“I’d come from a law firm that not only had very few female partners but almost none whom I wanted to emulate,” she says. “Gilt was a completely different atmosphere.”

After Gilt was acquired by Hudson’s Bay Company, she found Glossier and in May 2017 became the company’s first attorney and executive director of legal.

“It was definitely a new challenge as I was the first hire for the legal department and then built it out from scratch,” she says. “Glossier has been an adventure of many firsts. I can’t wait to see what we do in the future.” 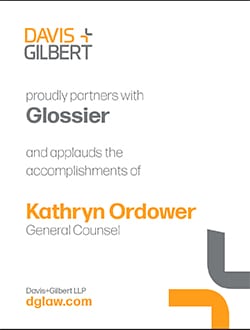