Had Doug Lebda been able to find the mortgage he needed to buy his first home in 1996, he may not have co-founded CreditSource USA.

As happened, he went from bank to bank, unable to find what he needed despite being an accountant. That led to his creating a platform where borrowers could compare mortgages, along with Tara Garrity and Jamey Bennet. In 1998, the company rebranded as LendingTree and went online.

In 25 years, LendingTree has served more than 100 million customers. It’s also expanded to include nearly all the financial and insurance services a consumer may need. That was a draw for Assistant General Counsel Lance Morley, who brought more than a decade of legal experience to his role when he joined the company in 2020. 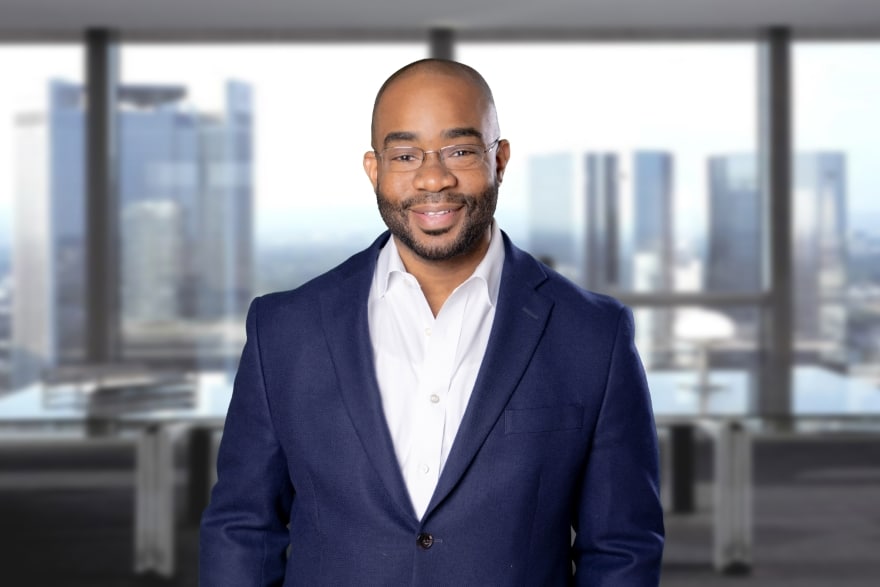 “My work as an AGC can range from licensing matters to negotiating contracts, advising on business initiatives, and regulatory guidance in the financial services space,” Morley says. “LendingTree is an exceptional place to work. It’s a place where my ideas and thoughts on the business front are well-received and acknowledged.”

When using LendingTree, consumers answer simple questions about the type of loan or financial product they need. Those range from home mortgages or refinance loans, to auto, personal or business loans. LendingTree submits the information to its lenders and consumers pick the financing that works for them.

While mortgages are the largest part of LendingTree’s business, customers can shop QuoteWizard for insurance, CompareCards for credit cards, SnapCap for business loans and SimpleTuition for student loans. Consumers can also read the latest about financial markets, Morley adds.

“With our services, we look to simplify everyday life and the financial decisions for life’s meaningful moments,” Morley says.

When Morley joined LendingTree, he was tasked with helping launch MagnifyMoney Advisor. MMA recommends investment advisers who can assist consumers with their financial goals. MMA is a separate company owned by LendingTree although it can be accessed by MagnifyMoney.com, an affiliated LendingTree website, Morley explains.

When Morley started, the service was still a concept. As it developed, he worked with Christopher Dietrich, the general manager of investments, and John Lukan, chief corporate officer, to ensure it complied with relevant state and federal laws and regulations. Morley also assisted with MMA’s U.S. Securities and Exchange Commission filings and MMA and its April 2021 SEC registration as an investment adviser.

As MagnifyMoney Advisor developed and launched, Morley worked with outside counsel and company business leaders to vet its advertising and consumer disclosures. He ensured they were clear and concise and took on other tasks, including setting up the domain name and how it’s contacted by consumers.

“Anytime you switch companies, there is a learning curve and a different environment and language,” Morley says. “Having the background in the financial and lending space helped and getting to do something new that may not be in your wheelhouse keeps you fresh.”

Morley continues to support MMA’s growth, but he’s also supporting other LendingTree products and services with risk assessments and advice. The regulatory demands are vast—he says the federal Investment Advisers Act of 1940, Equal Credit Opportunity Act, Fair Housing Act, and Real Estate Settlement Procedures Act are among the laws he needs to consider.

Morley was born and raised in Jacksonville, Florida, and he earned his bachelor’s degree from the University of Florida in 2005.

Morley says he knew he wanted to earn a graduate degree as well, but instead of pursuing an MBA or postgraduate degree, he earned his J.D. from the Florida A&M University College of Law in 2008 and a master’s in law from George Washington University Law School 2017.

After graduating, Morley went into private practice as a litigator for a firm in the Tampa-St. Petersburg area. His practice areas included consumer finance, lender liability for secured and unsecured loans, and real property as he handled equitable subrogation claims and title disputes, as well as commercial and residential foreclosures. In his nearly five years at the firm, Morley was first chair on more than 20 nonjury trials.

Morley then joined a Miami-Fort Lauderdale-area firm in May 2017, but soon after decided to shift to in-house legal work. He became corporate counsel at Bayview Asset Management LLC in July 2017. While managing litigation and compliance work related to lender liability, which included advising outside counsel on strategy and attending mediations, he also developed policies and procedures to reduce risk and prevent future litigation.

He was promoted to vice president and corporate counsel in December 2019 and then joined Lending Tree in June 2020.

“This differs from litigation because in many instances there’s a deeper and more profound impact resulting from the associated work,” Morley says. “You’re in the business of success. You have to avoid saying ‘no’ and get to the middle ground. You can see something from start to finish and I enjoy the scope of what I’m able to do at LendingTree.” 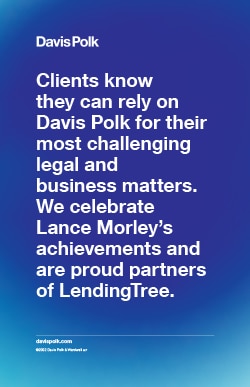 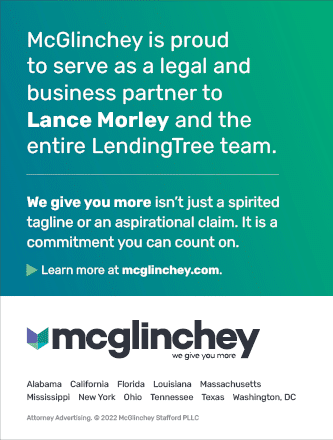 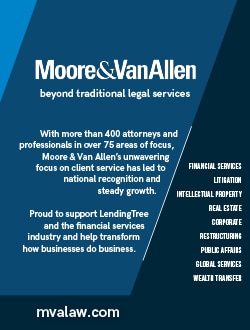