Before the COVID-19 pandemic arrived in early 2020, coworking spaces were among the hottest trends in commercial real estate.

According to coworkingresources.org, the number of shared workspaces had increased from 16,600 in 2018 to more than 19,400 in 2020. They were projected to reach almost 42,000 in 2024, with 5 million people expected to fill those spaces—an increase from 1.65 million in 2018. Instead, because of the pandemic, occupancy plummeted. 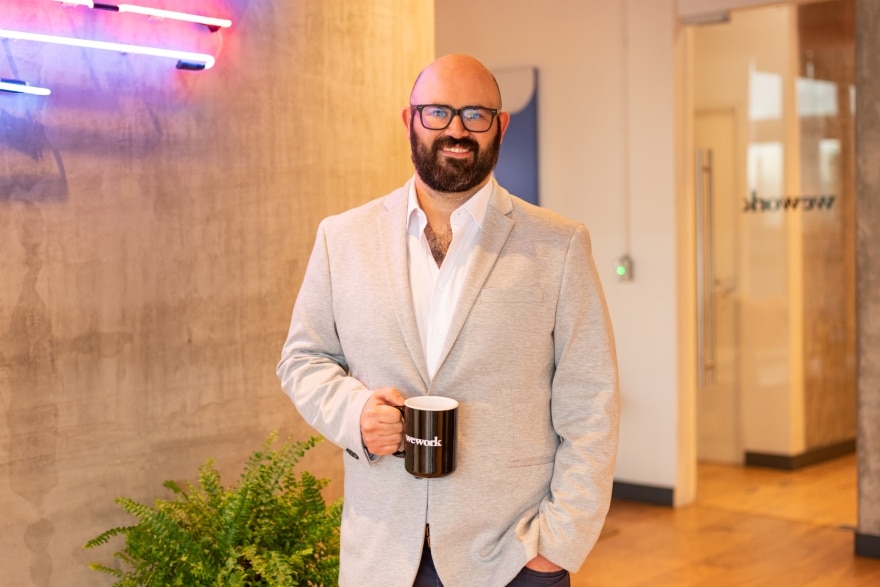 Speaking to Vanguard in January, Rodrigo Flores says WeWork, one of the largest providers of flexible work space, is recovering from the pandemic as it tripled its sales during 2021. With the Omicron surge potentially tailing off, he was optimistic it would reach pre-pandemic occupancy rates later in 2022.

“It’s been a couple of rough years, to say the least,” says Flores, who manages legal operations for WeWork in Mexico, including 16 locations in Mexico City, six in Monterrey and four in Guadalajara. “We’re not going back to the previous normality, but it can be a better normal.”

Founded in 2010 in New York City, WeWork has expanded to a global network of more than 700 locations, including 50 in London, 30 in Tokyo and 78 in the New York City area.

WeWork’s work places include dedicated desks in common areas with amenities including internet, Wi-Fi and coffee, standard size offices or suites, or even a full-floor office. Customers include Goldman Sachs, Novartis and Contentsquare, as well as many smaller businesses and remote or independent workers. 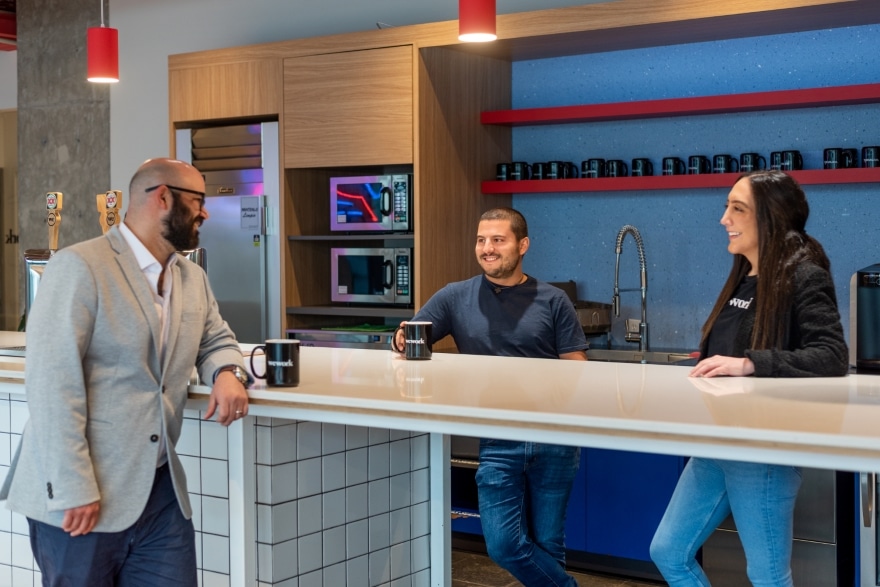 Flores says WeWork stands out because of its efforts to build networks with its members. This includes daily get-togethers before the pandemic featuring guest speakers as well as WeWork members promoting their businesses. In-person events are returning as occupancy rebounds, he adds.

As its spaces reopen, Flores says the company has also opened them for events for nonmembers, too. The events add exposure and help show visitors the benefits of flexible spaces, he says. That socializing might be especially welcomed by remote workers tired of signing in from their dining room tables. Flores personally prefers the office setting he returned to in October 2021.

“I like seeing the people coming and going, it’s good for me,” he says. “I like being able to talk to people and connect face-to-face in a more meaningful way.”

As part of its plan to rebound from the pandemic, WeWork introduced “All Access” in fall 2021. It’s a global offer to new members, providing access to common spaces in all of its locations around the world.

All Access enables new members to get a feel for WeWork’s spaces. If they travel for work, they’ll have access to WeWork’s common areas in any location, as well as dedicated desks and meeting rooms, saving the cost of renting spaces with traditional landlords in other cities, Flores says.

To help launch the company-wide program in Mexico, Flores and his colleague, Maria Fernanda López, ensured the contracts, marketing and advertising complied with Mexican rules and regulations, including dispute resolution and data privacy provisions. 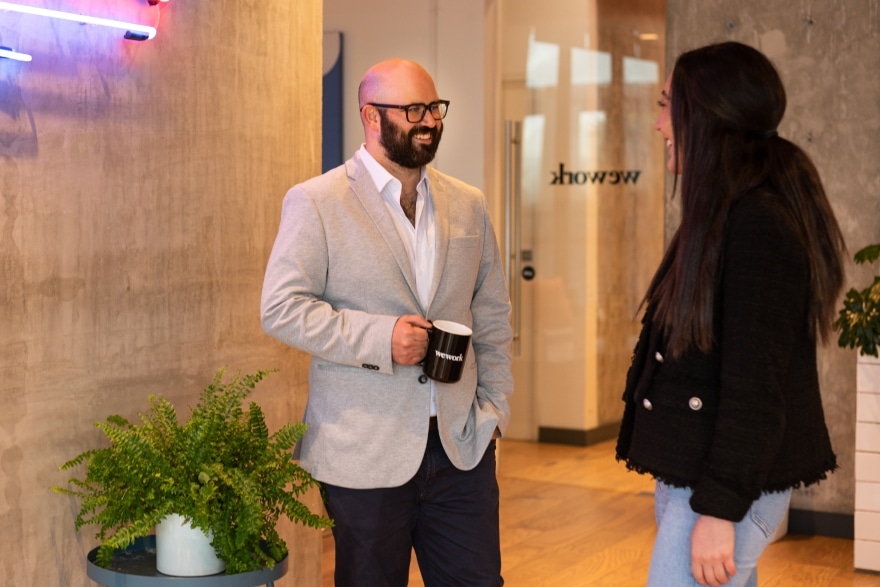 “Being flexible with the offer we have has helped us to bring more traffic and recover clients that we had before the pandemic,” Flores says.

Before the launch of All Access, he helped WeWork comply with COVID-19 guidelines and keep the offices safe. He provided due diligence to the real estate team as it worked to renegotiate leases while Mexico was locked down, as well.

“Before the pandemic, I focused on issues of sales, vendors, permits and operations of the buildings,” Flores says. “In addition to those matters, I have now become involved in issues of litigation, development of new products, contracts and marketing.”

He earned his law degree from Universidad Panamericana in 2006 and a certification in commercial law institutions there in 2011. He also has a master’s in business law from Universidad Anáhuac. Before graduating, he joined the firm of Fortun, Paz, Sierra and Lopez Cordova SC as an associate. There he helped draft trust agreements, incorporate new businesses and restructure existing ones.

In August 2008, Flores joined Sony Music Entertainment as corporate legal counsel. He negotiated contracts for commercial operations, oversaw the translation of agreements from English to Spanish and served as a liaison between offices in New York and London. 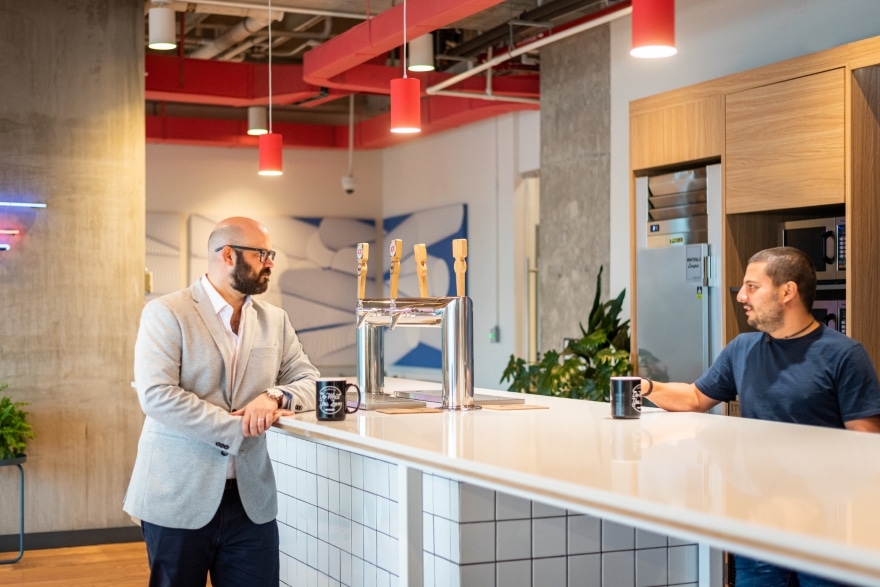 Flores returned to private practice in October 2013 with Rios Zertuche, González Lutteroth and Rodríguez SC, then began his independent corporate counsel services a year later. In 2015, he became corporate legal counsel Zurich Insurance Co., and was an associate attorney at the firm of Sesma, Sesma & McNeese when he joined WeWork in July 2017.

Flores spends his time away from the office helping raise his 2-year-old daughter. He and his wife are expecting their second child in July. An avid reader and music lover, Flores also enjoys cross fit training. He tries to get in at least three sessions a week to reduce stress. He recently took up hiking with his cousins, too.

“I have the chance to work with people from different backgrounds and see things from different perspectives, like labor and employment law, corporate governance, and real estate and tax issues,” Flores says. “It makes me a more complete attorney. I can be more imaginative and creative in finding solutions.” 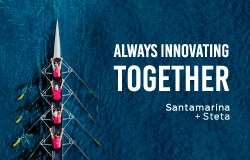