Lance Morrison compares the legal function at a financial institution to that of a duck gliding across a smooth pond. It may look pristine and calm from a distance, but beneath the surface those legs are constantly kicking as they work to keep things moving.

This is particularly true at Civista Bank, where Morrison is applying his unique expertise to the growing financial institution’s equally mounting legal needs as it strategically expands its footprint across Ohio and the Midwest. 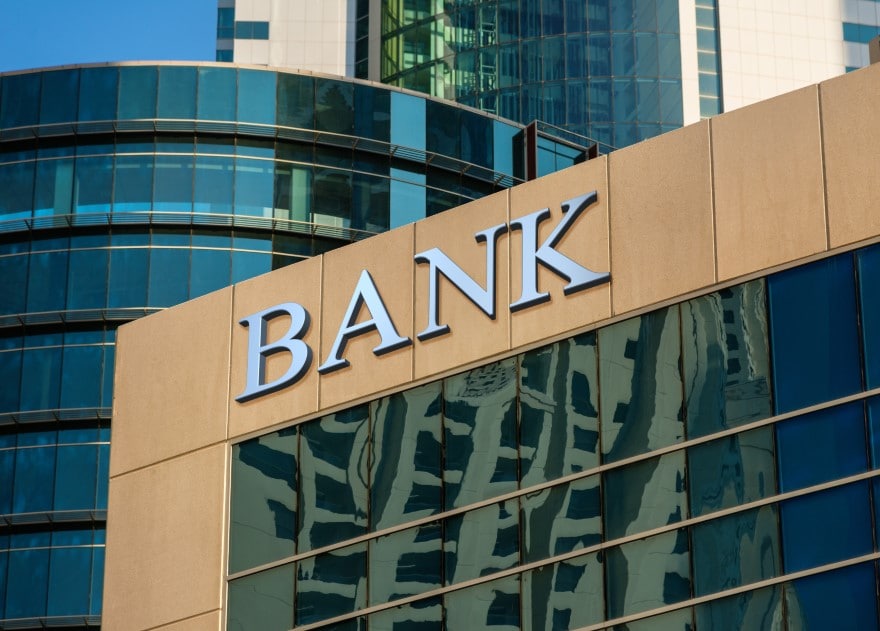 Founded in 1884 and based in Sandusky, Ohio, Civista has grown by more than threefold in recent years—to approximately $2.3 billion at the end of 2019.

As Morrison explains, the growth is steady and strategic, highlighted by a game-changing acquisition: In 2018, Civista purchased the eight-branch United Community Bank of Lawrenceburg, Indiana. It was Civista’s largest acquisition in its history, one that helped the mid-sized bank broaden its reach into the neighboring Hoosier State and Northern Kentucky.

Today, Civista operates 37 locations across much of Ohio, southeast Indiana and Kentucky, but its management team has much loftier goals. The financial institution aims to continue to grow over the next several years, Morrison explains. That shouldn’t be a tall task in a state with a surprisingly large number of small community banks. 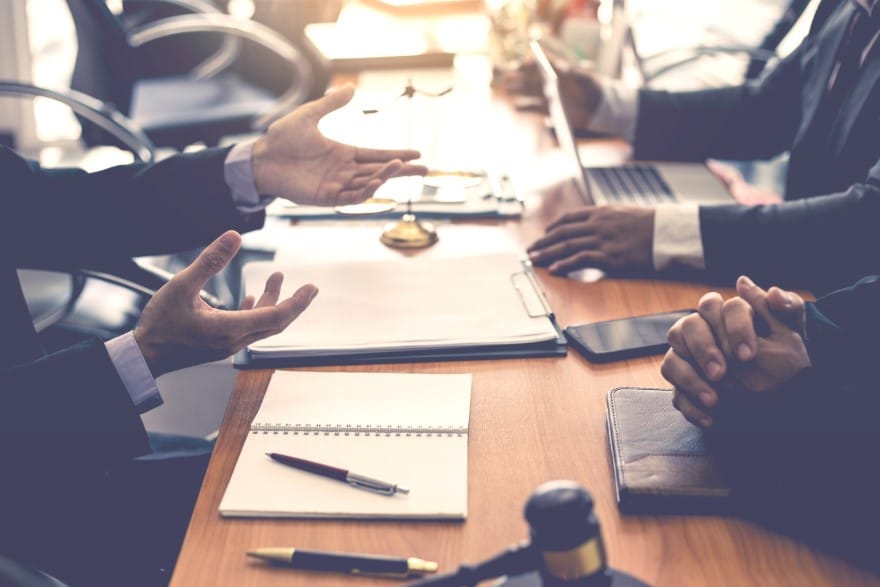 For Morrison and his team, all of this means juggling a variety of legal duties: vetting prospective acquirees; facility leasing and purchasing; HR and personnel matters; software licensing, data privacy and protection; SEC and regulatory matters; and so on.

Morrison also plays a critical role on shareholder relations—for example, assisting the board in facilitating governance changes and advances. He’s helping Civista gain efficiencies on employee incentive plans in an effort to attract and retain the talent necessary for growth.

Moving forward, Morrison’s top priority is to streamline his legal department, improving efficiencies while supporting other departments within the organization—all while enhancing customer and shareholder relations. 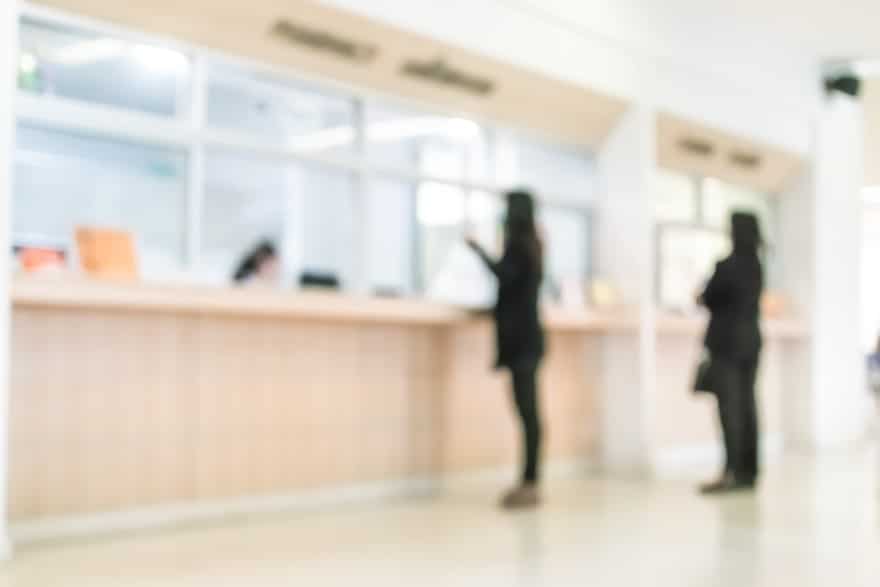 In addition, Morrison is working to streamline the relationship between legal and the company’s army of loan officers and underwriters. He’s also establishing a clearer policy for how the department hires and retains outside counsel, particularly for loan documentation, litigation and the handling of special assets or bad loans.

“As with all of our processes, we want to get our arms around it, firm it up, make it deeper and better and more consistent across our footprint,” Morrison says.

To be sure, that eye for constant improvement has been a hallmark of Morrison’s career.

Going places with a respected institution

A 1988 graduate of The Ohio State University, Morrison initially considered careers in medicine or psychiatry before turning to law, earning his J.D. from OSU in 1992. His legal path began with a five-year stint in the Navy’s Judge Advocate General’s Corps (better known as JAG), wherein he counseled chains of command in a variety of legal matters.

The experience was one of the most formative of his career, solidifying his mental discipline and instilling in him the strong values of collaboration and camaraderie.

“Many people have the impression that the military is autocratic, Morrison says, “but it’s actually very collaborative. The respect that goes up and down the chain of command is probably the biggest takeaway for me.”

Following his departure from JAG, Morrison served in private practice in Northeast Ohio for 15 years, representing many clients who were borrowers. That background gives him a unique understanding of both the lending and borrowing sides, he notes.

In 2013, the opportunity to join Cortland Savings and Banking Company as general counsel was too intriguing to pass up. “To be part of something bigger, more varied than private practice—it piqued my curiosity,” he says. “Being part of a business, rather than representing it from the outside, you have more variety, more of an ability to affect results.” 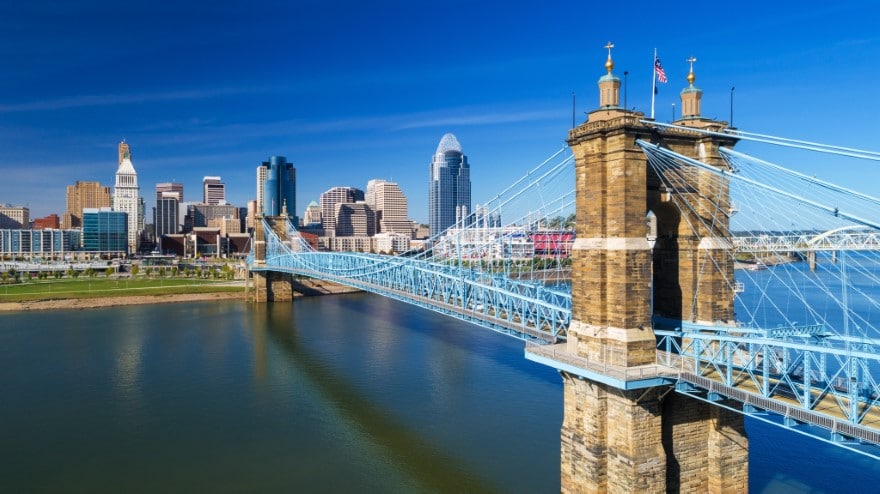 For Morrison, joining Civista felt like a logical next step.

“It was a larger institution that was growing, more collaborative, going places,” he says. “It was an opportunity to step up.”

In fact, Civista’s inherent culture of collaboration was the “nicest facet of joining,” he says. On any given day, he might interact with members of executive management, directors, shareholders, customers or rank-and-file employees.

“It’s one of the reasons Civista is chosen as one of best places to work in Ohio year after year—because it is,” says Morrison. “We work hard, and we work together.”

All while ensuring that the waters Civista swims in are calm and smooth as possible. 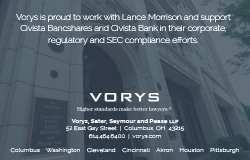 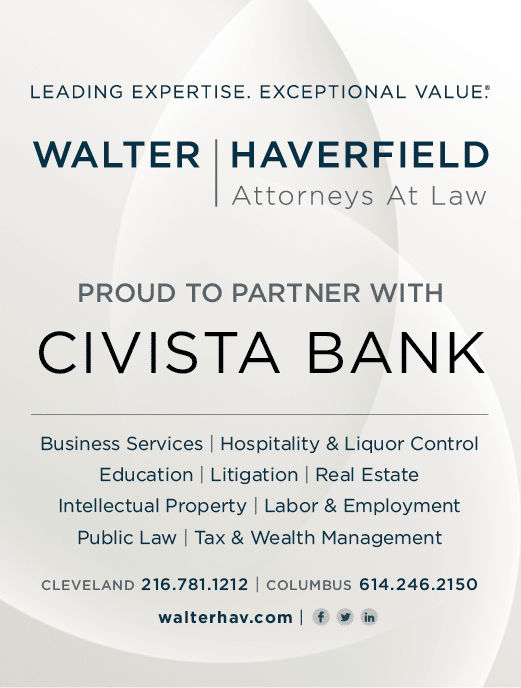