Tending to a world of responsibilities

Even for the worldliest of folks, it can be an eye-opener to visit lands as challenged as some in Latin America.

Having had his hands full since taking over the legal department of a global education and development organization last May, the very well-traveled Laurence Grayer wasn’t able to visit any of the countries serviced until earlier this year, and he returned from a couple of weeks in Honduras and El Salvador with optimism, very tempered by the reality he saw up close. 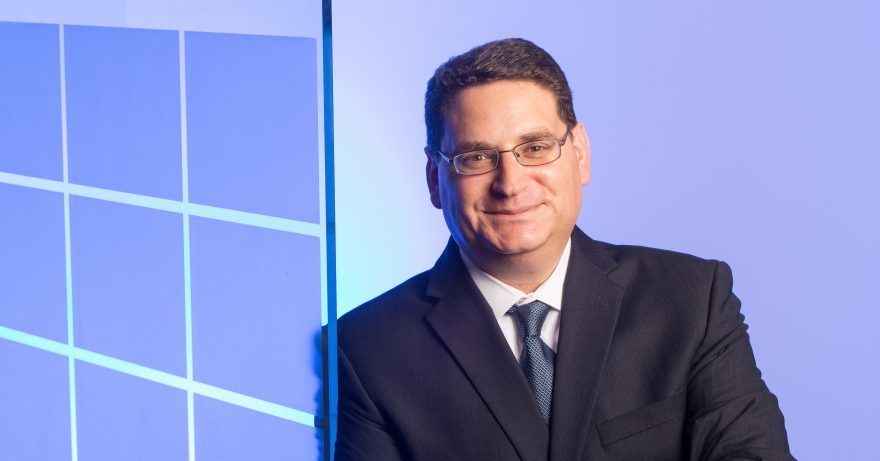 “We’ve got to reach the kids there before someone else does,” the soft-spoken Grayer tells Vanguard in late March, from his office at Creative Associates International in Washington, D.C. “They may see few alternatives other than to join criminal gangs. We need to get them enrolled in programs where they can learn a trade and become productive members of society.”

With Creative Associates focused in four main areas—education, communities in transition, economic growth, development—and with a lab that focuses on innovation, there’s been more than incremental progress.

In Honduras, a program called Proponte Más trains counselors to work with in five high-risk municipalities where the young people are at high risk of joining gangs. In El Salvador, youth who returned from the U.S. and struggled to find employment were given a chance to complete a six-month culinary training program through Gastromotiva, a Brazil-based program that Creative Associates implements with the support of the U.S. Agency for International Development (USAID) and the World Food Programme.

While tending to the legal and business matters of Creative Associates, Grayer joins his colleagues in hoping those seeds of progress will germinate and spread. At times he may wish for a more hands-on role, but that’s not why the company brought him aboard as general counsel, vice president and chief compliance officer.

Grayer had distinguished himself for over eight years in a similar role with another global support company in the Washington, D.C. area, DynCorp International, that’s front and center in defense, diplomacy and development. That prepped him well for Creative Associates, which concentrates on the latter two of those three Ds and saw in Grayer a man whose outlook and activism would fit well in a corporate culture established in 1977, by four enterprising women who thought and acted locally and globally.

“Some general counsels see their role as identifying a problem or risk and giving advice and essentially being done,” Grayer says. “But, to me, that’s just half of the job; the other 50 percent is acting as a true business partner by using your knowledge of the law and the business to proactively assist with the development of alternative courses of action that will achieve the same result, but with reduced risk.”

Such a collaborative approach may be especially necessary at Creative Associates, given that the company pursues contracts with the State Department, USAID and European countries, among others, to support its efforts in Latin America, Asia, Africa and the Middle East, all of whom have unique laws and different standards for ethics and compliance.

But while Creative Associates has an altruistic mission, it is still a for-profit enterprise that must be run on sound business principles. Fulfilling those responsibilities really does put the “general” in the position of general counsel, reminds Grayer, who’s spent much of his first year there focusing on efficiency, developing innovative solutions to global challenges, and leading an impressive legal and compliance team and outside counsel in over 25 countries.

Grayer has reorganized the legal department, bringing aboard new people, among them Joe Kale as director of compliance. Like Grayer, Kale’s resume includes a stint at DynCorp, where he served as a senior vice president and chief compliance officer, and he’s been entrusted with developing and sustaining the most comprehensive company policies that avoid even the appearance of conflict of interest.

Kickbacks may be business as usual in some troubled lands, but Creative Associates is adamant in its opposition to all illegal or inappropriate conduct. Kale is only too eager to fortify that stance. 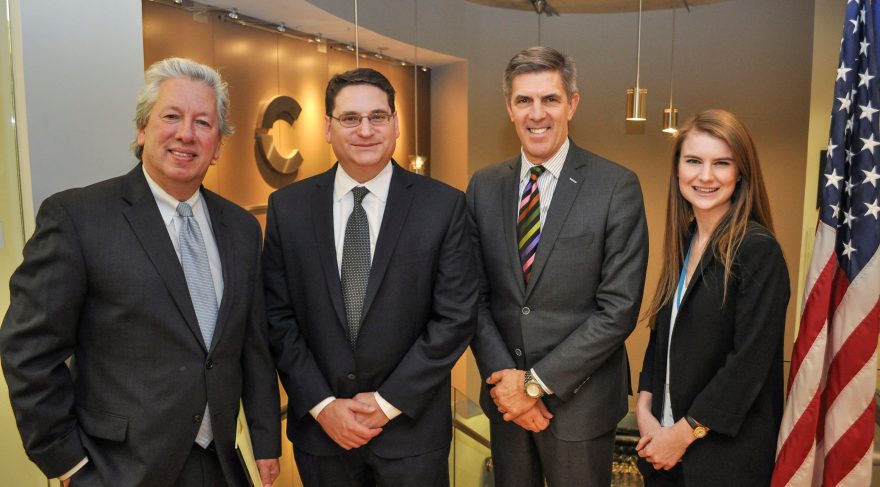 “Many times there is a negative connotation to the word ‘compliance,’” he says. “I strive to change that perception and make the organization known as a trusted source for advice, counsel and the cornerstone of a values-based culture that helps Creative achieve its mission of helping people around the world.”

Just the kind of folks you want as part of your team, Grayer says.

“A good general counsel knows when to raise issues, what issues to raise, and communicates legal advice and information in a clear and concise manner,” he says. “A long memo filled with legalese and legal citations may be confusing, and fails to effectively highlight the true legal concerns. It is essential to know your audience.”

And it helps for others to know just where Grayer is coming from.

Long before coming to Creative Associates, he seemed to share its ideology, albeit closer to home. A St. John’s University law grad, Grayer was an associate counsel at the international office of the Amalgamated Transit Union in D.C. during the 9/11 attacks and founded a union charity to aid victims. A few years later, that fund turned its attention toward Hurricane Katrina relief efforts.

“Larry’s passion for service, dedication to our mission and outstanding professional qualifications made him a perfect fit for this key position at Creative,” says Leland Kruvant, president and CEO.

Among Grayer’s other passions has been aiding disabled U.S. soldiers through his role as general counsel of Veterans Moving Forward, which provides service dogs to vets suffering from physical or mental impairments.

And sometimes the attention is all on dogs, as Grayer and his wife foster shelter pups at their Great Falls, Virginia, home. But that can be as bittersweet as rewarding.

“We just had to let Dotty go,” Grayer laments, in reference to a bouncy little Scottish terrier that won his heart. “It was a sad day, but now she has a permanent home.”