She’s in it for the long run

Getting a leg up in the athletic footwear and apparel business isn’t easy. Name brands spare no expense sponsoring sports events and enlisting the most recognizable athletes as endorsers. Woe to any player under contract who’s wearing the wrong shoes or apparel on or off the court, field or track. Such companies play for keeps.

Having made substantial strides in recent years, ASICS could be leading the field before long. Many long-distance runners swear by the gel-soles so forgiving to the knees, hips and back. 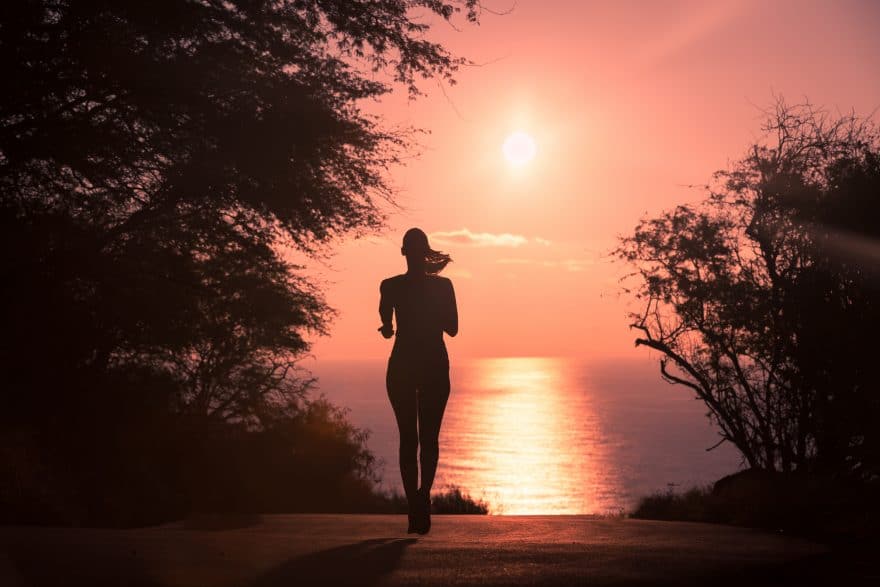 In 2015, when a one-time Fordham University All-America track and field standout, and 1980 Olympic semifinalist named Gene McCarthy became CEO of ASICS Americas’ offices in Irvine, California, he set the goal of making the company “the most important sports and lifestyle brand in North America by 2020.”

But team championships aren’t won by individuals alone, so McCarthy enhanced his team with new mates including Lisa Hatton Harrington as the top in-house lawyer.

“They were looking for an experienced general counsel with a broad base of practice,” says the energetic lawyer whose previous position was overseeing the legal needs as general counsel of Surf Air, the innovative California-based airline that offers all-you-can-fly services for a flat monthly fee, at a price more than reasonable for well-heeled folks who have had it with airport delays and crowded commercial flights.

“The ASICS GC position was an excellent fit for my interests and skill set, and I grew up just 10 minutes away from the ASICS office in Orange County,” she says.

She proved her worth in short order, by settling a major lawsuit within 60 days of her arrival, and then helped ASICS Americas Group to establish a Boston presence and expand its Latin America operations. ASICS acquired Boston-based global fitness tracker Fitnesskeeper Inc., the parent of the Runkeeper app, in 2016, and ASICS is establishing a Product Creation Studio to be closer to its competitors in the Boston area.

Such global company expansion enabled Harrington to utilize the broad business and legal skills she has honed since her admission to the California bar after earning her juris doctorate from the USC Gould School of Law.

Harrington says that one of the secrets to providing quality legal support to such a large global brand is simply encouraging buy-in from colleagues. 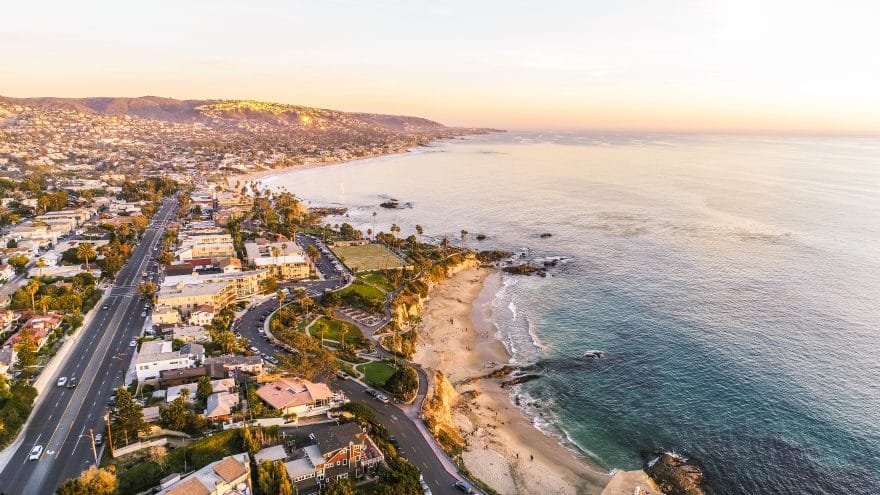 “Internal networking is essential,” she says. Over 20 years in business law allows her to take the initiative in such areas as proactive risk management and issue spotting, strategic initiatives, the nuances of contracts, and creating new or more effective company policies.

“Lawyers have different ways of looking at things,” she explains. “It’s good for the business to have a legal mind have a seat at the executive table.”

Then there are such areas as data privacy and regulatory compliance—critical issues for a company bent on expanding its global footprint with new subsidiaries in Chile, Argentina and Peru, and new stores in Mexico and Canada.

That effort will continue exponentially come 2020, when ASICS will be among the major sponsors of the Summer Olympics in Tokyo, where the company can trace its origins to 1949.

“It’s exciting to work for a globally recognized brand,” she says. “But there are many complicated details. Import and export laws, international shipping, customs, and even the chemicals used in the production of shoes. The supply chain process was a fascinating learning experience.”

Nothing lost in translation

While Harrington wasn’t a business major as a UCLA undergrad, she picked up plenty of business savvy along the way with Surf Air as well as her preceding role as associate general counsel for NBCUniversal. She also found time to balance her work with MBA courses to improve her business acumen.

“Prior to going in-house, it’s important to have a number of years at a law firm,” she says. “Otherwise you may not be prepared to handle business issues. Not many lawyers do. In-house isn’t like being at a law firm where you can identify the pros and cons to a client, but not take a position. In-house, you have to take risks, make quick decisions and be comfortable in the gray areas.”

ASICS was founded in 1949 by Kihachiro Onitsuka when Japan was still undergoing post-World War II reconstruction. 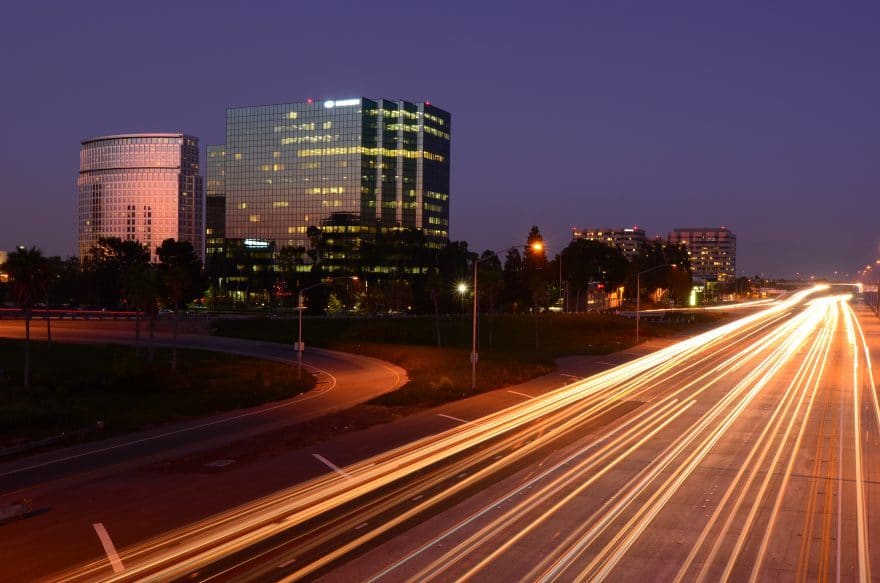 The company’s name is a Latin acronym for “Anima Sana In Corpore Sano,” which translates as “a sound mind in a sound body.” That name became official in 1977, the same year the company came to the United States, embarking on a footrace with such brands as Adidas and Nike.

McCarthy wants ASICS to more than match its competitors stride for stride.

“I appreciate it when the CEO walks around the office at 5:30 and says to ‘go home and enjoy your families.’ He realizes we’re all people with lives, and having some balance makes a business more successful.”

And, oh yes, in her free time Harrington can be found wearing the ASICS lifestyle brand, Onitsuka Tiger. 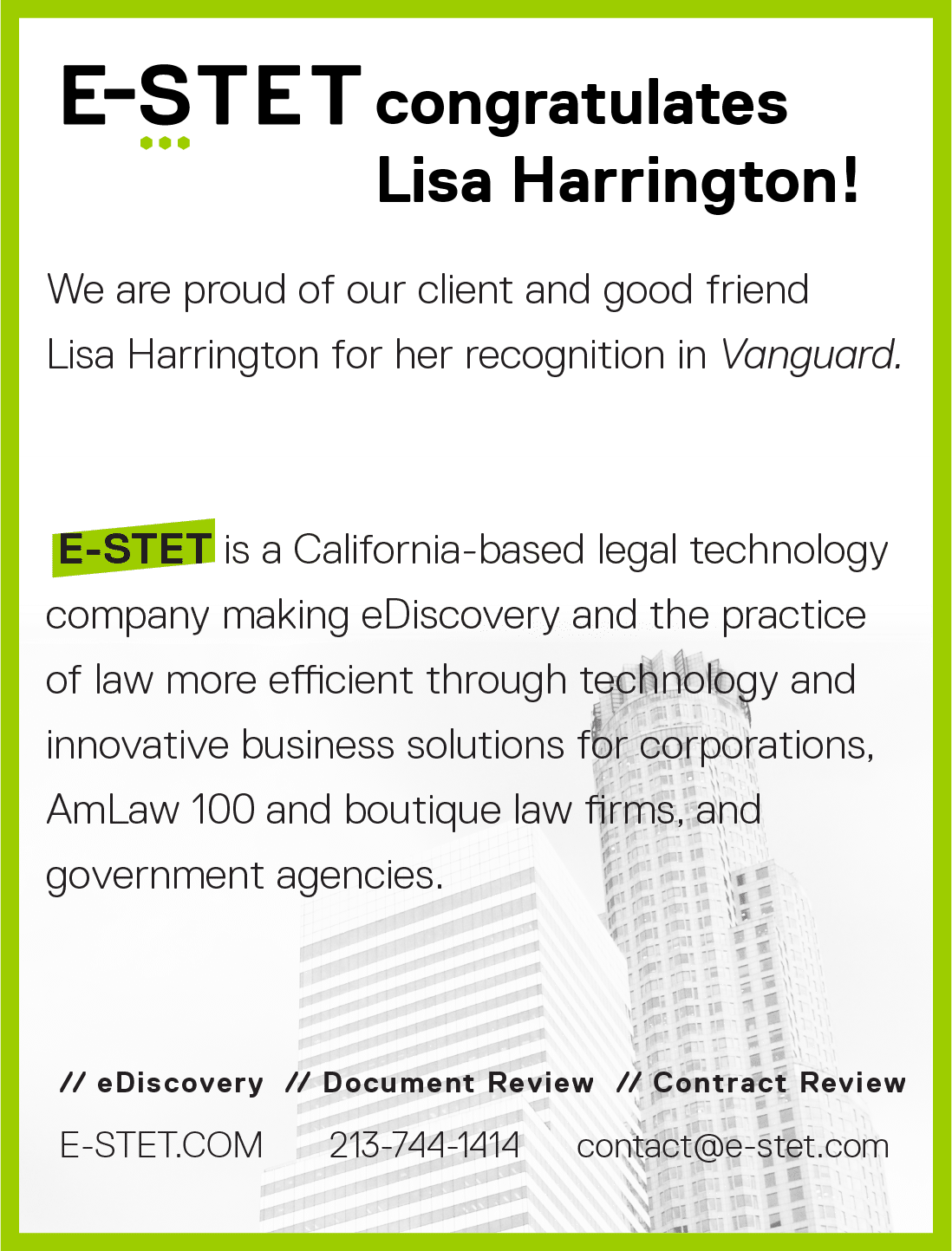