Managing risk in an industry that spews it

The oil and gas business is risky. Very risky. There’s geological and mechanical risk associated with locating and extracting hydrocarbons from thousands of feet below the Earth’s surface. And then there’s price risk. Global economies, OPEC decisions, geopolitical events—particularly those in already unstable areas like the Middle East—and even the weather, can all dramatically impact oil and gas prices.

That puts people like Jeff Lawson, senior counsel at Sabine Oil & Gas Corporation, in a unique position. Lawson must manage those external risks, even as the company drills into an industry that’s risky by nature. 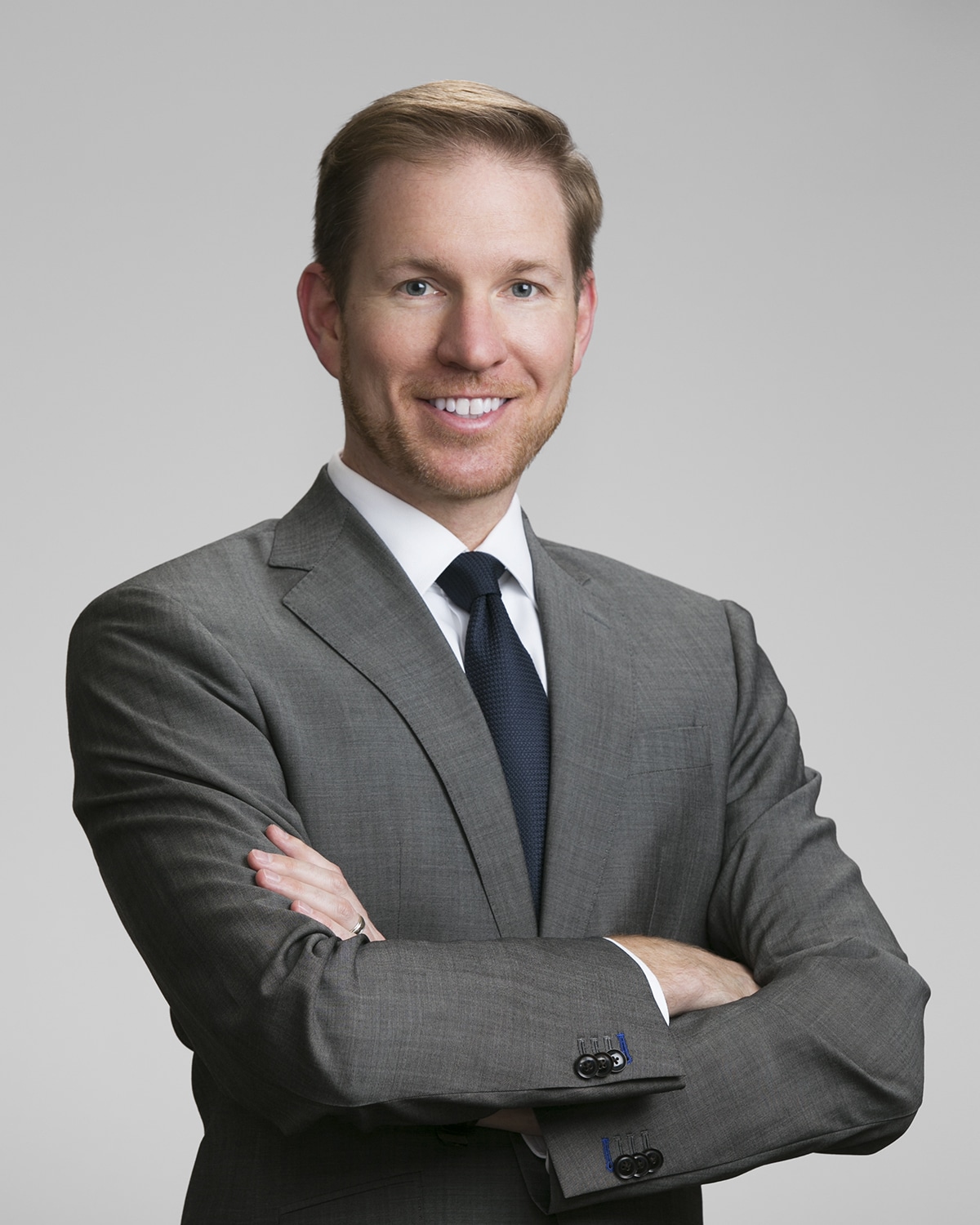 The easy-going attorney has been with the Houston, Texas-based company since 2014, and even in that short time, he’s guided the company through highs and lows with an amicable approach.

“From a legal perspective, my role is [asking] ‘how do we mitigate risk as much as possible in an industry that is inherently risky?’” he says. “It’s a bit of a balancing act. You can’t just sit around and do nothing, but when you act, you want to protect yourself as much as possible.”

Lawson joined the company in November 2014, the same month OPEC—the Organization of Petroleum Exporting Countries—threw a wrench in global oil markets by announcing it would maintain its oil production at existing levels. With plenty of oil on the market, commodity prices plummeted and companies like Sabine were hard hit.

By July 2015, Sabine had filed for bankruptcy, and Lawson, who joined Sabine to oversee the company’s litigation docket, found himself in the midst of a highly-contentious corporate restructuring. He quickly became an integral member of the legal team responsible for seeing Sabine through its bankruptcy.

“The bankruptcy process was challenging and it’s certainly not something I would want to go through ever again,” Lawson says. “But we came out a stronger company.”

Sabine emerged from bankruptcy in August 2016, having significantly reduced its debt, resolved outstanding claims against the company and, in a precedent-setting decision that garnered national attention, successfully rejected several burdensome midstream contracts.

“We’ve been through a difficult few years, but the team here came together, remained focused, and now we’re at a point where there’s a lot of optimism about the future. I’m excited to be part of it,” Lawson says.

At home in the oil and gas industry

Lawson’s first career was in accounting, but after a few years he decided to pursue a legal degree. In law school, an influential professor piqued Lawson’s interest in the oil and gas industry—it may have helped that Lawson grew up in Beaumont, Texas, home of the Spindletop oil field that kicked off the U.S. oil boom in 1901. 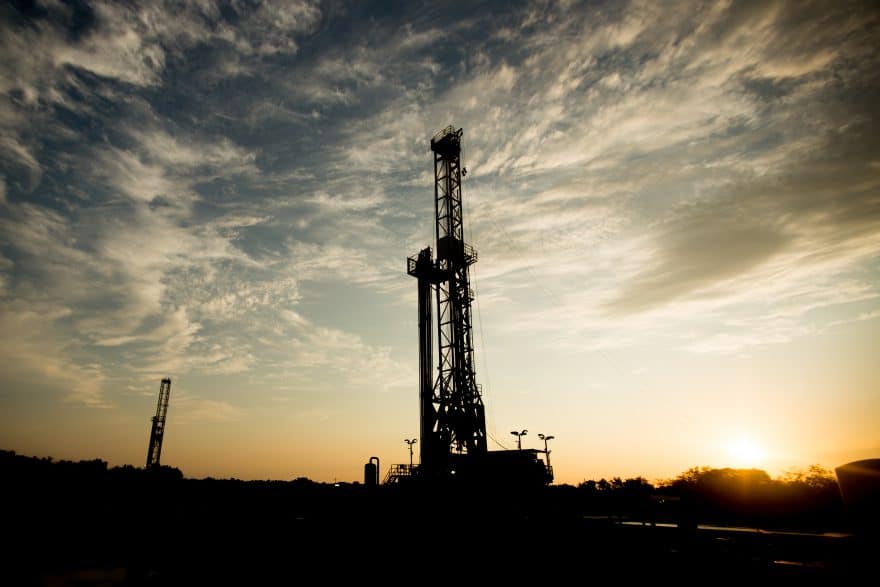 After law school, Lawson spent eight years at a mid-sized commercial litigation firm in Houston. “It was a great learning experience,” Lawson says. “I worked on all types of cases, but the partners knew my interest and got me involved in all of the oil and gas cases we handled.”

That broad experience helped Lawson transition to Sabine, where, as the only full-time lawyer in the office, all the company’s legal issues now come within his purview.

Now that Sabine has emerged from bankruptcy, Lawson’s focus is on creating value for the company’s new shareholders, while mitigating future risks to the business.

In the oil and gas industry, there’s an added challenge, as many of the risks Sabine faces are outside of its control.

“I’ve certainly come to appreciate how interrelated everything is,” Lawson says.

Indeed, Sabine is affected by geopolitics on a global scale. It feels the downstream effect of world events in the Middle East, as well as decisions made by OPEC and President Trump, whose new policies favor domestic energy production.

The squeaky wheel gets the oil

While Lawson’s tasks now include much more than litigation, his commercial litigation background, specifically the dispute resolution aspect of it, has proven useful. In one instance, a multimillion-dollar contract dispute with a vendor was on the verge of litigation. But Lawson was able to get a more productive conversation started. 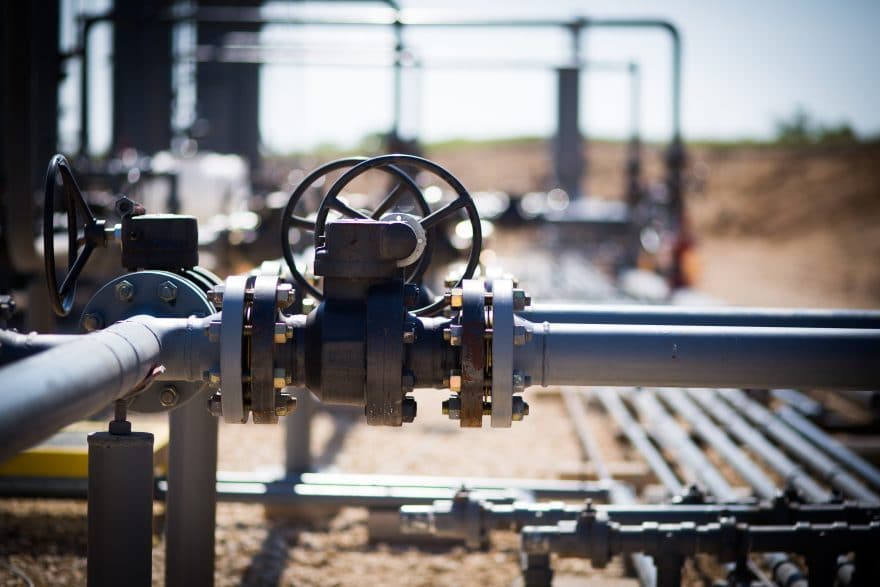 “We got very creative,” he says. “The discussion was not just with lawyers. It involved the engineers, the commercial folks, and at the end of the day we restructured the contract in a way that both sides were better off than they would have been had either party’s initial interpretation been accepted.”

Lawson says it ended up being “one of those fun deals” where both sides benefited. “It wasn’t a zero-sum deal with one winner and one loser,” he says. “We both came out ahead, and that’s kind of the definition of a successful deal.”

While some attorneys may have approached that contract dispute with guns blazing, that’s not Lawson’s style.

“I’m a fairly easy going guy,” he says. “And that might be slightly different than what a lot of lawyers are used to dealing with. In my experience, at least, that has helped me move along tough negotiations.”

Sabine had a longstanding disagreement with a landowner, for instance, who disputed Sabine’s right to operate certain assets on his property. Over the course of several months of meetings and lengthy phone calls, Lawson developed a friendly rapport with his counterpart and eventually negotiated a favorable resolution to the laundry list of issues plaguing the property. And, in the process, he mended a soured relationship.

“Talking through the issues and kind of discussing our views, listening to their views, it’s really gone a long way toward repairing what had become a very contentious relationship,” Lawson says. “I like to think I played a role in that.”

That approach works well with Lawson’s internal clients, too. “I have to work with all kinds of people here, and I think my personality is a good fit for that,” he says. “From the CEO on down, I have a good working relationship with everyone in the company.”

Lawson sees himself as just one piece of the larger Sabine team. His role is not to make decisions, he says, but to advise and support the management team and advance the company’s goals. In other words, he’s there to oil the wheels. 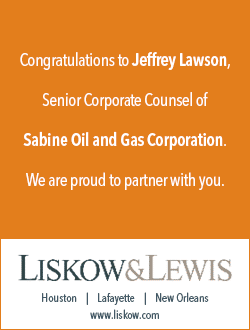 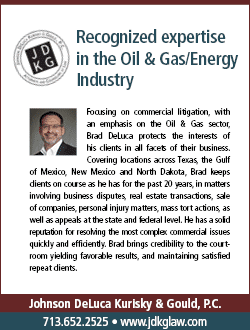 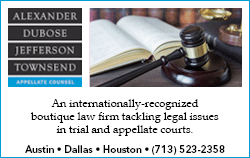 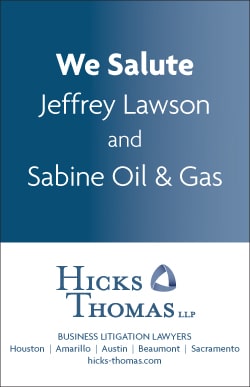