Employment law works for her

The way Juliana Cobb looks at it, she was given the benefit of a few months’ head start when her longtime employer, NANA Development Corp., informed in June that it would no longer need her services as senior corporate counsel. 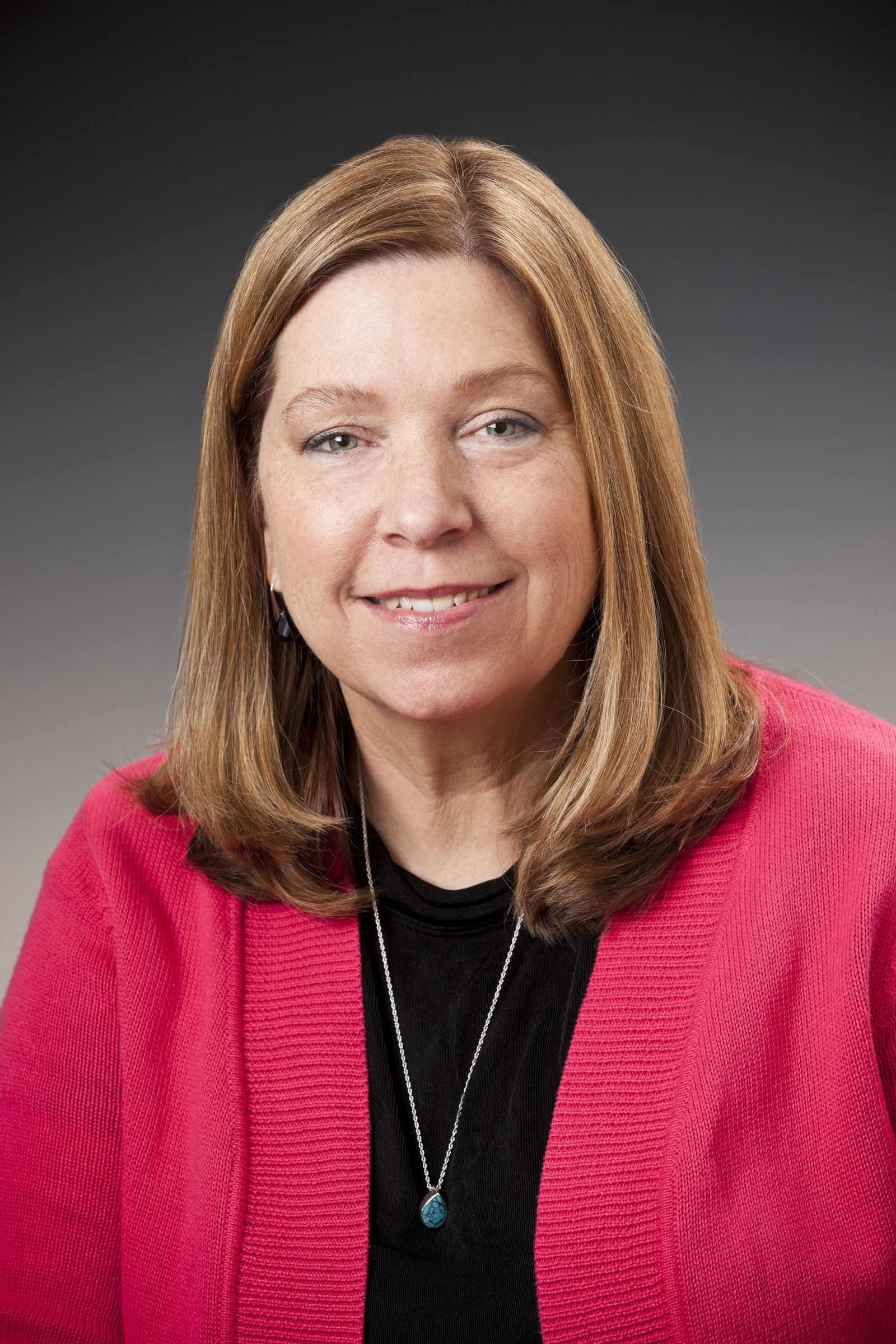 Having been in-house counsel for what has been known as WHPacific, Inc. since 1998 and for NANA directly since 2005 (when NANA acquired WHPacific) Cobb was planning to retire in 2017, not to ease into her golden years that are still a ways off, but to undertake a new challenge where she could put to new uses her extensive background as an in-house lawyer.

Cobb seemed well on her way to laying the groundwork for just that in mid-July when she spoke to Vanguard from her home in the Winston-Salem, North Carolina, area.

“I was anticipating my retirement although the timing wasn’t exactly what I had planned,” the upbeat and animated Cobb says. “Working for NANA has been the highlight of my legal career to date, and I will always be grateful for their support. That said, I’m not ready to stop working, so I’m setting up my own independent consulting business. You can say I’m well prepared to do so.”

That may be an understatement.

In from the cold

Headquartered in Anchorage, Alaska, with operations nationwide, NANA Development Corp. is no conventional company, it being owned by an outfit known as NANA Regional Corp., which is an Alaska Native Corporation established under the provisions of 1971 federal law that takes into account that while the United States bought Alaska from the Russians, the interests of some folks—the native Alaskans—weren’t afforded due consideration.

Most of NANA Regional’s 14,000 stockholders are Alaskan natives of Inupiat descent, and the company is indebted to their economic, social and cultural interests. Stock shares aren’t publicly traded or sold, but can be gifted.

Emphasis on multiple: NANA Development owns—but used to own more—small and medium-sized companies, many in the engineering and architectural industries, each of which could not afford its own corporate counsel. Cobb’s hours would be divided among those companies, often for advice on employment law.

Cobb describes resolving to NANA’s advantage a couple costly and time-consuming disputes. The Army Corps of Engineers unsuccessfully sought $7.8 million from a NANA engineering subsidiary for work done at Lackland Air Force Base in Texas. It took eight years for the company to vindicate itself.

It took almost as long to settle a claim over alleged overruns at the federal courthouse in El Paso, Texas, a situation that Cobb blamed, in large part, on design and construction work bookending Hurricane Katrina, which spiked the prices of steel and other materials.

“Our practice was that we would stand behind our work.  We did not fight a claim just to fight.  If we failed to meet the agreed-upon standard of care, we accepted responsibility. That said, sometimes clients unreasonably expected engineering to be perfect—and perfection is not the standard of care for engineering. If a claim was unjustly made, we would fight and argue our position,” she says. “We were fairly successful at that.”

There were times when the Wake Forest law grad would feel she was being spread too thin, but it broadened her legal savvy and placed a premium on time-management—skills that should be readily marketable in her new pursuit.

With NANA refocusing its resources, it didn’t need Cobb. After 15 years living in Alaska, Cobb moved home to North Carolina in 2010 to care for her elderly, ailing mother and had been working remotely for the past six years, which meant commuting to and from Alaska. Those trips were becoming exhausting.

“Today’s air travel is much like bus travel was when I was in college, and the commute to Alaska is not only long—often taking over 10 hours in travel time—but the time zone shift is exhausting,” she says. “I am extremely grateful to NANA for allowing me to work remotely all these years.” 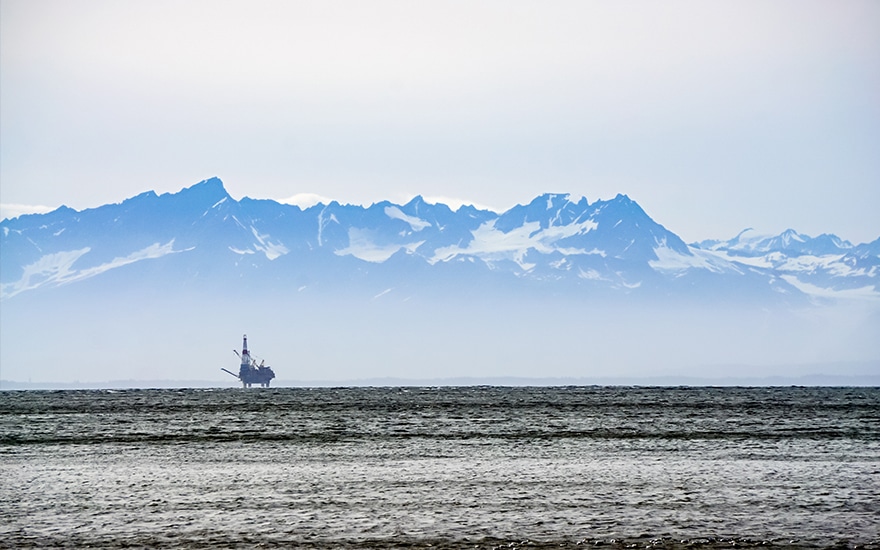 In North Carolina, Cobb sees a void she can fill; a wealth of small to mid-sized companies that may not be able to afford a full-time in-house lawyer or want to pay for pricy outside counsel.

“I’ll be offering in-house services on demand for an affordable rate,” explains Cobb, whose overhead will be minimal. “I’m not your litigator; I’ll be the one you’ll call when you want someone to investigate an internal concern or draft, review, revise an employment handbook or provide specific training to your management and employees or create a compliance program.”

Employment law appeals to Cobb, intellectually and philosophically. It’s basically the same whether a company employs a few people or a few thousand, and as long as everyone’s playing by the rules, it doesn’t have to be acrimonious.

“It’s not like family law where everyone loses,” Cobb says. “You can do the right thing for people and prevent problems for companies, and everybody is the better for it. I would rather be part of the management structure that avoids the problems and keeps companies on ethical grounds than have to come in later and straighten out a mess.”

Preventive action, however, isn’t fail-safe. Cobb chuckles when recalling a situation that arose pre-NANA, when she was the staff attorney for Long, Haymes, Carr Inc., a national advertising agency at the time located in Winston-Salem whose clients included Hanes.

Basketball superstar Michael Jordan had contracted to pitch underwear for local apparel maker Hanesbrands Inc. With an athlete’s endorsement worth more when he’s playing rather than retired, Cobb worked with Jordan’s legal counsel to draft a contract that took into account that he was still the dominant player of the NBA champion Chicago Bulls. The contract included what should have been a straight-forward compensation clause that adjusted Jordan’s fee for pre- and post-retirement.

But Jordan would retire from the Bulls prior to 1993-1994 for an unsuccessful attempt to play pro baseball, then returned to the NBA for four seasons, then re-retired for three, only to come back for two more years in a futile attempt to breathe life into the Washington Wizards, of whom he had become part-owner.

“That’s legal life on celebrity road,” says Cobb, who also drafted contracts for San Francisco 49er Joe Montana and supermodel Carol Alt, and had to settle a claim brought forth by the Elvis Presley Charitable Foundation, which took exception to Long, Haymes, Carr alluding to “The King” in another ad campaign.

Cobb’s recent career shift as an employment-law consultant may not be as adventurous as her NANA career nor as much fun as sealing deals with celebrities. But she gives every indication she’ll find it just as satisfying.

Maybe even more conducive to other plans, which may involve a writing project with her husband, Richard Cobb, a Vietnam-era Marine who survived the Tet offensive of 1968 and returned home with a Vietnamese flag marked with the names of six fellow Marines killed in that famous battle.

“We want to research those names, and that’ll take some effort,” she says. “I feel for those boys who didn’t make it back. We want to tell their stories. We want their families to know that their sacrifice is appreciated and that they have not been forgotten.”

The opportunity to do so while offering her independent consultant services should make for an interesting next chapter of what’s been an adventurous life. 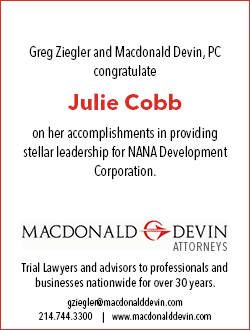