Using to law to keep people working on the railroad

Moving goods around Brazil, the fifth-largest country in the world, takes a lot of infrastructure, including more than 18,000 miles of railroad track. But much of that is either underused, unused or in a state of disrepair.

However, MRS Logística is working to ensure its network of freight lines continue to deliver for the Brazilian people.

Maria Gabriela Menezes Cortes, the company’s head of legal, just led the renewal of a 30-year concession agreement that allows the company to expand and improve its existing 1,057-mile rail network that passes through the Brazilian states of Sao Paulo, Rio de Janeiro and Minas Gerais.

“This agreement represents a historic milestone for us that will generate a significant number of new jobs and revenue,” Cortes says. “We’re very proud of this accomplishment.”

Renewing the contract to allow another 30 years of construction and maintenance was a long and complicated process, she says. Cortes led the legal parts of negotiations with government agencies, and she will continue to work with municipalities on how to mitigate effects of construction and expropriation—the act of a government taking private property for governmental use.

“This project is what helps us exist as a company,” Cortes says. “It will allow us to make considerable new investments.”

As part of the new agreement, MRS Logística will construct four new intermodal hubs in Sao Paolo, Rio de Janeiro and Minas Gerais that will improve rail access in the southeast of Brazil. Cortes says the company hopes to double the freight currently being carried on the line, which includes construction materials, steel, agricultural products and more. The work on those hubs is scheduled to begin in 2023.

For Cortes, the company’s $11 billion investment means negotiating complex partnerships with construction companies, working with cities and towns to relocate viaducts, and minimizing the impact construction of the rail line will have on traffic.

For example, in 2020, she oversaw the implementation of a new contract management tool called SAP Ariba. This software manages procurement and sales contracts, licenses, internal agreements and standardizes and controls contracts throughout the contract development process. It will be a repository of information of all executed agreements and amendments and will be easier to access than paper contracts.

Additionally, she helped the legal department implement digital signatures for contracts and other documents, speeding up the process. The signing process used to take a month—it takes about a week now, she says.

“We also have dashboard to follow lawsuits thanks to improvements in our lawsuit management software, and we’re using data to help manage our litigation portfolio,” Cortes says.

A love of law

Growing up in Rio de Janeiro, Cortes developed an interest in the law from a young age. She says she always wanted to improve the world through justice and by making a difference in the lives of the people she represents.

She earned a law degree from Pontificia Universidade Catolica in Rio de Janeiro and focused on banking, corporate, finance and securities law. She also studied finance at Harvard Business School, saying that additional schooling has helped her understand the business side of the law throughout her career.

Cortes sent a resume to one of her teachers who was hiring trainees for his recently established law firm, a spinoff of one of the major law firms in Rio. She got hired, and as she worked on deals for large corporations, Cortes saw how important lawyers are for the business.

“At that time, Brazil had just opened for foreign investment. We used to assist domestic and foreign clients in setting up deal and sometimes in building a business operation from scratch,” she says.

Because she was working at a boutique firm, she had very close contact with clients, even as a junior attorney.

“It was meaningful to build connections, see the labor force grow and see the impact of these deals on the economy and society,” Cortes says.

She was an associate and senior associate for Xavier, Bernardes, Bragança, Sociedade de Advogados for about 12 years. She learned under the watchful eye of Alberto Xavier, considered one of the most brilliant legal minds of Brazil. During her time at his firm, she participated in legal society debates and gave lectures and seminars while Xavier provided mentorship and guidance—this experience shaped the rest of her career, Cortes says.

After spending nine years as the corporate legal director for OiS.A., the largest telecommunications company in Brazil, and 18 months as the vice president of legal-regulatory for Nextel Brazil, she joined MRS Logística in August 2018.

“As an in-house attorney, one of the biggest challenges is to find solutions that take different legal perspectives into consideration and create harmony with the company’s strategic goals,” Cortes says. 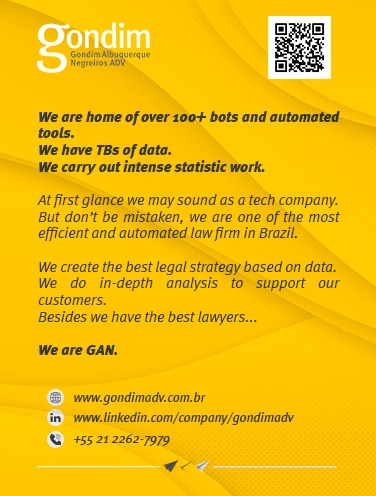