The thrill of taking in a city skyline, visiting a world-class museum or diving into a deep-blue swimming hole seemed out of reach for many these past few years, what with the COVID-19 pandemic forcing countries to adopt tough travel restrictions.

But domestic and international travel is back—and Xanthe Ranger of Booking Holdings is in the thick of it. 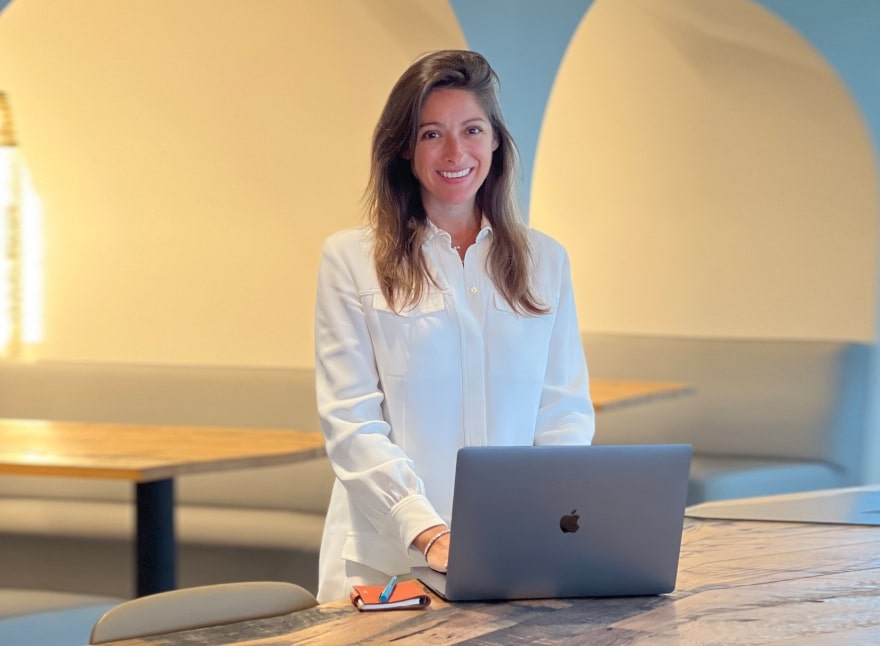 Headquartered in Norwalk, Connecticut, her employer operates some of the world’s most recognizable travel brands, including Booking.com, Kayak, Priceline and OpenTable.

Since its inception, Booking Holdings (previously the Priceline Group) has made several industry-shaping moves, including the acquisitions of Booking.com and KAYAK. In November of 2021, the company acquired Getaroom—which helps travelers find the best hotel reservations based on their needs and reviews—in a $1.2 billion, all-cash deal. Later that month, it entered into an agreement to acquire the Swedish-based Etraveli Group for $1.83 billion.

“Even just based on the conversations I’ve had with my own circle of friends and family, people seem very excited to travel again,” says Ranger, the company’s vice president and legal head of mergers and acquisitions and strategic investments. “As an organization, we want to be in the best position to help people take those trips they have been dreaming about.”

Given the ongoing pandemic, acquiring new lines of business isn’t without its share of risks, Ranger says.

Working closely with the company’s corporate development and global strategy teams, Ranger’s team carefully evaluates each potential target—everything from its valuation and future revenue to the risks, which includes a close look at legal compliance, regulatory challenges and cybersecurity protocols.

For example, when the company acquired hotel-booking platform Getaroom in late 2021, Ranger worked closely with the leadership team at Priceline (one of Booking Holdings’ brands) to better understand how the platform could fit with the broader business. Part of the challenge once the valuation has been agreed to, she says, is answering other “fundamental questions”: How easily can the company and its people be integrated? What are the gaps in infrastructure? Are additional compliance measures necessary? 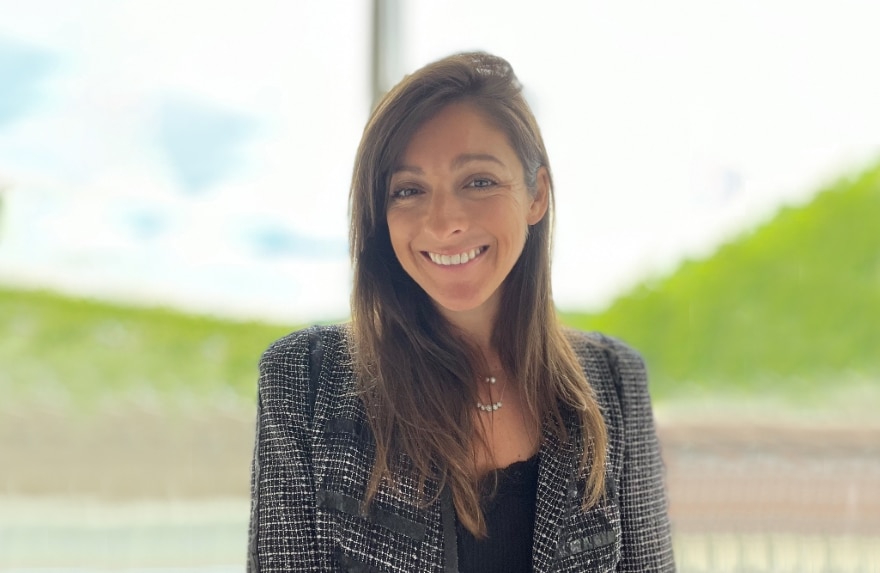 “Each deal is different, which is part of the fun,” she says. “At the 10,000-foot level, we want to understand the strategic priorities for the group overall, and really think through what we want to achieve as a business. Many deals have failed because of poor integration or fit, so it’s also important to always look at the more holistic aspects as well, even if not strictly financially related.”

More than anything, Ranger says, steering a deal to completion requires collaboration across the organization. While the company’s corporate development team will take the lead on all acquisitions, input from several teams—including operations, tax, accounting and financial planning—is required to better assess long-term financial implications, she says. Alignment with human resources and communication is also crucial.

“Part of the job I really love is developing those relationships,” says Ranger. “The global nature of our business has given me the opportunity to work with an incredibly diverse and interesting group of people who are all very passionate and knowledgeable. I constantly learn so much.”

When a deal is in full flight, Ranger turns to a trusted team of outside legal counsel around the world.

“There are always tricky issues that come up on a deal, especially involving regulatory approvals and niche areas of diligence and risk management,” Ranger says. “It’s invaluable to have such trusted expertise in your corner.”

Given Ranger’s responsibilities, it would be easy to assume that law had always been her chosen path.

Instead, “had the stars—and talents—aligned, I would have been a professional tennis player on the circuit. Or hopefully retired by now, relaxing in a villa full of trophies,” Ranger says with a laugh. “But as far as backup plans go, I feel like I fell into a pretty good one.”

A native of Melbourne, Australia, Ranger studied chemistry and fine arts at the University of Melbourne before ultimately turning to Law. After earning her Law degree at Monash University, she completed her Articles in Australia at Mallesons Stephen Jaques (now King & Wood Mallesons) before making the move to New York to work at Sullivan & Cromwell. 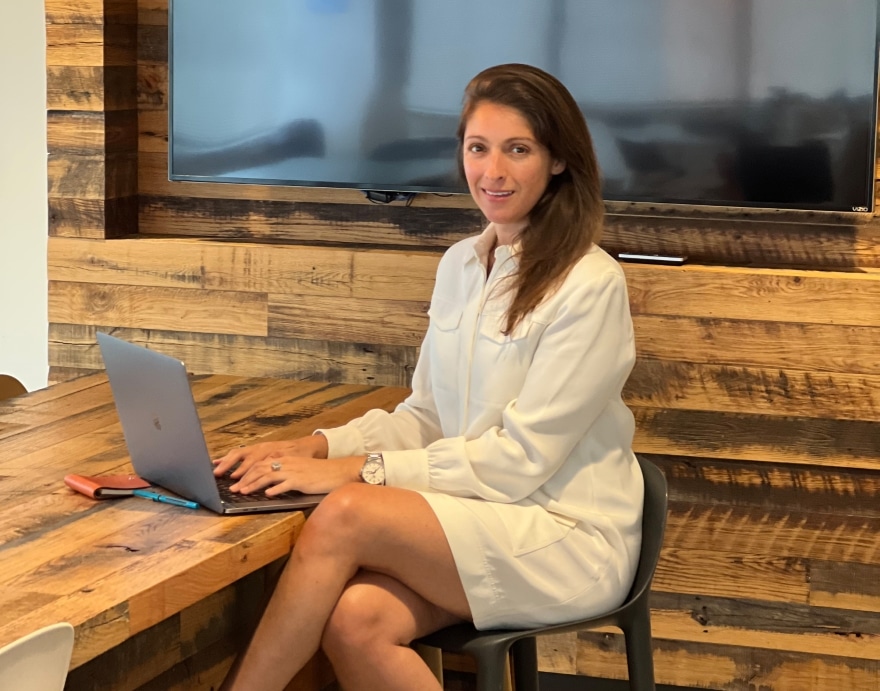 “I was in private practice for a number of years, which I loved. It was hard but also very rewarding,” says Ranger. “I did a lot of work for Booking when I was at Sullivan & Cromwell. When they presented an opportunity to come and work with them, I couldn’t pass it up.”

Like Ranger’s own career, the story of Booking Holdings has been one of growth and innovation. And not just on the business side, either. It’s diversity, equity and inclusion efforts have been particularly noteworthy, including programs aimed at promoting more women in the technology sector: tech camps for young people, hundreds of thousands of dollars in scholarships and more.

“It’s wonderful to be at a company that encourages growth,” she says. “I’ve developed such great relationships here, and really enjoy what we are building. I think that’s the case for a lot of people—and what creates a really fantastic environment to work in.”

When she’s not playing the role of consummate dealmaker, Ranger relishes spending time with her five-year-old son, competing on the tennis court and—of course—traveling to see her family and friends down under.

“New York is wonderful for so many reasons. Its energy is unlike any place on earth,” she says. “I do love following the sunshine and would always jump at the chance to travel to Italy or Greece, but ultimately, I’m happiest touching down in Melbourne after the long flight, particularly for Christmas. All I really need are my dearest friends and family and fish and chips on the beach.” 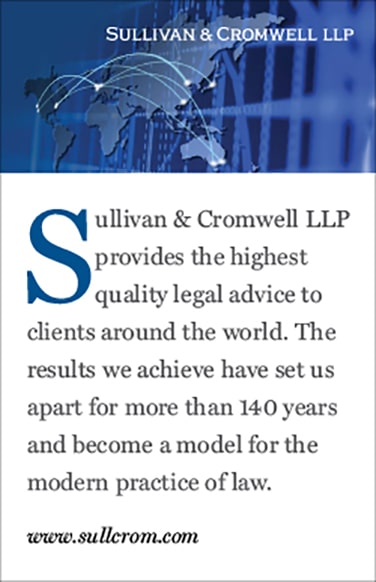 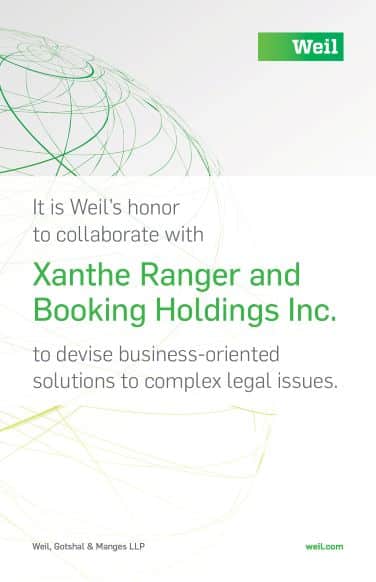 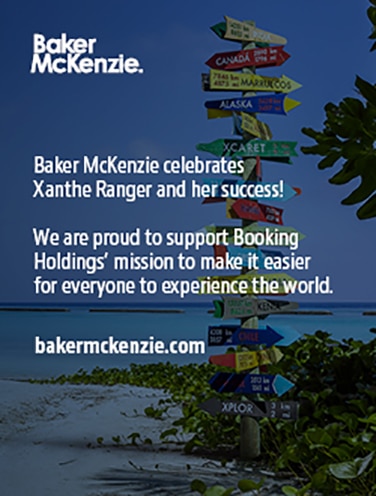