Wired for electrical efficiency on the last frontier

The monthly utility bills in and around Anchorage, Alaska, have been at least a few dollars less since January, tangible proof that there can be cost savings when neighboring energy producers combine.

That’s what happened last October, when Chugach Electric Association acquired a smaller, neighboring utility, Anchorage Municipal Light & Power. The nearly $1 billion transaction resulted in a combined utility with 92,000 members and a 500-strong workforce with no layoffs.

Economists say the unification of service territory, and less duplication of effort, should save between $200 million and $300 million over the next 40 years. In the first two months alone, combined operation has resulted in approximately $3.6 million in savings for ratepayers. It’s a welcome site during a time when Alaskans are feeling the brunt of an economic downturn driven by the pandemic and low oil prices. 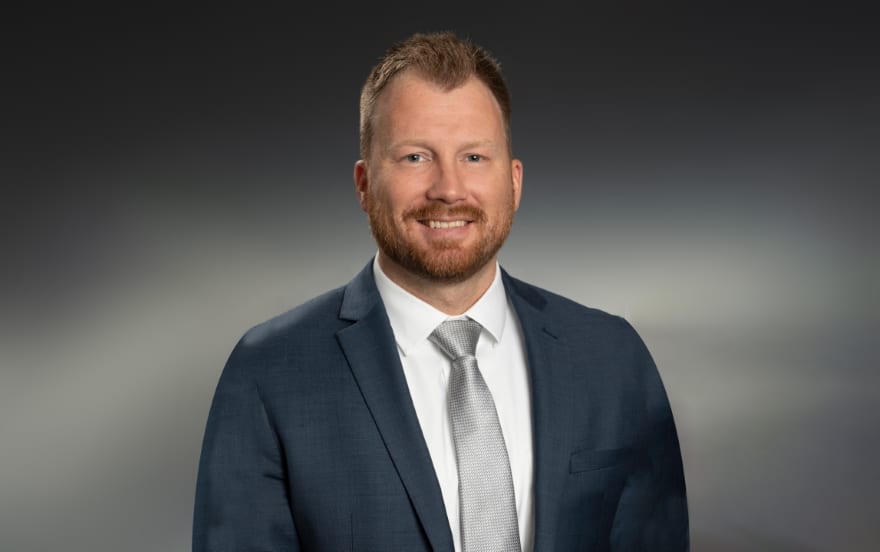 The acquisition is also seen as a step toward Alaska’s so-called Railbelt utilities—the six between Fairbanks and the Kenai Peninsula—forming the region’s power grid into a semi-independent entity responsible for overseeing regional planning and reliability that could bring about area-wide efficiencies and even more savings.

All of which presents an exciting future on the Alaskan utilities front, Chugach Executive Vice President and General Counsel Matthew Clarkson tells Vanguard in March. While they’ve got some fine-tuning to do on integration, he says the process has generally proceeded seamlessly due to the work done by numerous employees from both utilities prior to the sealing of the deal.

But it has been quite the whirlwind, Clarkson acknowledges, recreating the Chugach legal department that hadn’t existed for several years before his March 2018 entrance, and the acquisition’s outcome riding on a public vote just a few weeks later.

“All guns were blazing,” recalls Clarkson, whose staff consists of a sole paralegal. “It was like drinking from a firehose while establishing the internal legal structure. The company had grown used to outside counsel, and I had to build connections with different managers and get up to speed—fast—on acquisition matters.”

But, as the 36-year-old Clarkson is wont to say, “Never ask, ‘How high is the mountain?’ Ask, ‘What is the most efficient way of getting to the top?’”

Majority approval of two sets of stakeholders was necessary for this ascent, Clarkson explains, as very different utility models were in play. Chugach has been a member-owned cooperative since 1948 while, until the merger, ML&P had been owned and operated by the city of Anchorage since 1932. Chugach’s board of directors favored the deal, but Anchorage voters also had to approve. 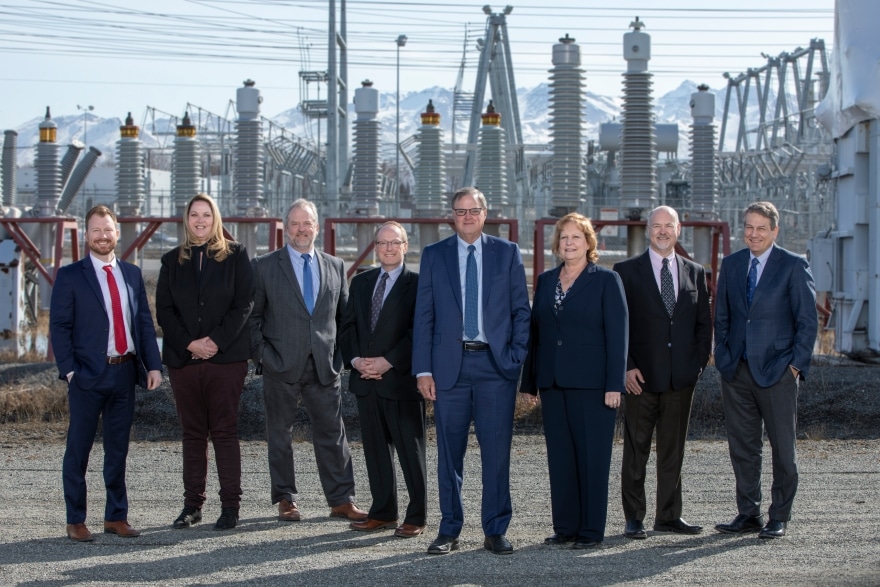 They did so in April 2018 by a margin of 65 percent in favor. But that was just the start of the ensuing process, as Chugach needed the OK of the Regulatory Commission of Alaska, which held nearly four weeks of hearings, heard arguments and testimony from multiple intervening parties, and pored over details before its conditional, and then final, approval two years later.

Clarkson was already familiar with Chugach’s inner workings, having handled its regulatory litigation matters while working in the Anchorage firm of Brena, Bell & Clarkson. Aided by outside counsel from Stinson LLP, he grasped the commercial implications of the deal, organized internal responses and negotiated with Anchorage officials. When the deal was consummated, Chugach CEO Lee Thibert deemed it a historic day, one whose benefits could be felt by more than just the utility’s residential and commercial clientele.

Clarkson believes so, citing power pooling opportunities with other Railbelt utilities, optimization of low-cost fuel supplies, and the possibility of new electricity deliveries that could include support for electric vehicles. He and his regulatory counterparts at Chugach are currently participating in a proceeding before the local regulatory commission supporting clarification of rules, regulations and statutes necessary to promote increased investment in electric vehicle charging station infrastructure in Alaska.

He explains that electric vehicles present a significant opportunity for the electric utility industry in an otherwise flat or declining load environment. The Railbelt reliability organization idea also excites the company brass. 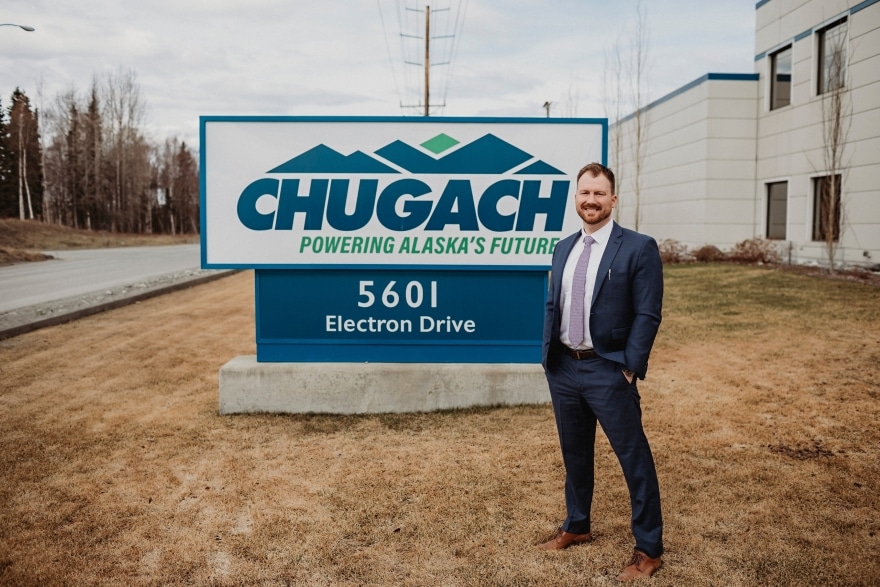 While it’s a formidable caseload, Clarkson tries to handle as much of the company’s legal matters in-house as possible, though he outsources significant litigation and some regulatory matters.

And there’s always something pending on the regulatory front, with the rules for an Alaskan energy co-op differing from those that usually must be followed in the Lower 48. Down there, most rural co-ops are self-regulated, whereas Chugach must garner the Regulatory Commission of Alaska’s approval for rates necessary to recover Chugach’s cost of service.

Although the commission does not have citing authority for large capital projects, it still must approve cost recovery associated with such projects. Chugach being solely owned by members rather than investors, governance protocol is different, with members electing a board of directors.

Alaskan to the core

Clarkson got his undergraduate degree at the University of Alaska, Anchorage, and his JD at the Washington University in St. Louis School of Law. Upon graduating law school in 2011, Clarkson and his Alaska-born wife already had three small children. While the Midwest initially seemed an agreeable enough place to settle, they heeded the northland’s call to return. Since then, the brood has expanded by two children. 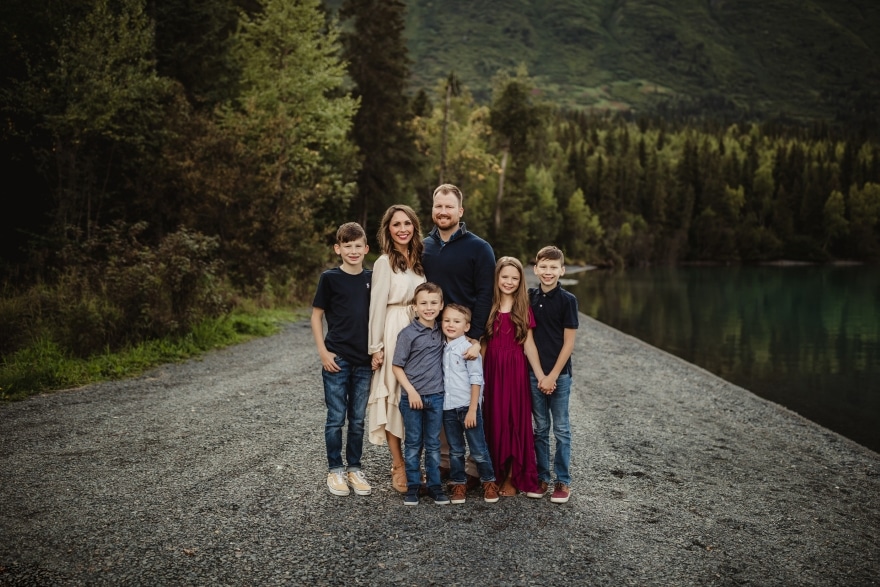 And the work is fulfilling at Chugach, with Clarkson emphasizing how an operation can’t get much more essential than providing electricity in the subarctic. He considers himself fortunate that he honed his skills in energy law at a young age, and was able to go in-house at 32.

“A lot of my counterparts are older than me, but I let my work speak for myself,” he says. “Experience comes with age, and I’ve never shied from a challenge.” 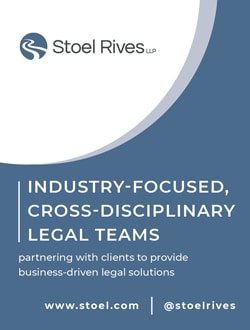