Helping to bring contracts out of the drawer

They’ve existed since at least 2,300 BCE, with records from ancient Mesopotamia highlighting everything from marriage and mortgages to adoptions and bankruptcy. Without them, there would be no civilization, let alone markets or governments.

And yet, these documents have become so fundamental to the human experience (and the daily lives of lawyers) that their importance is often overlooked. 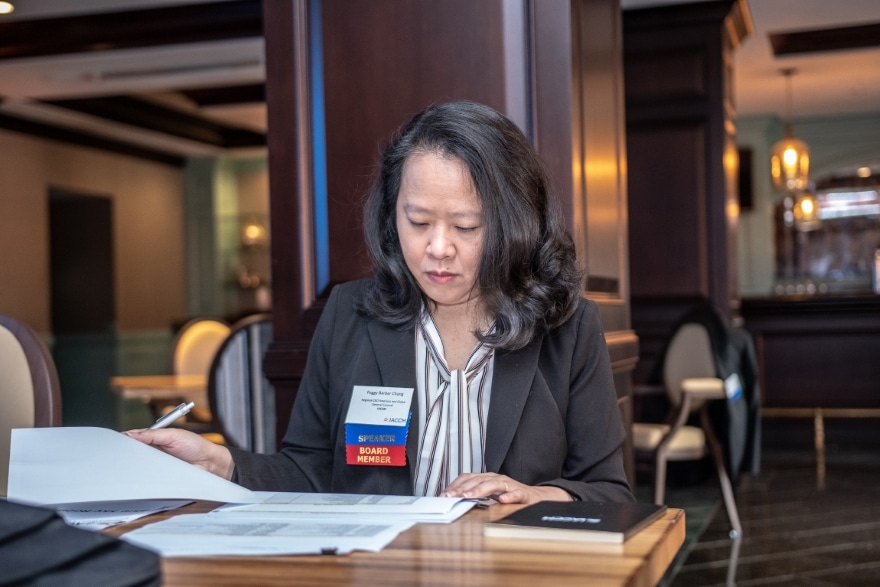 Enter the contract. If Netflix were to commission a four-part docuseries on them, you can bet your bottom dollar Peggy Barber would be involved.

“Contracting is such a deep, fascinating topic,” says Barber, general counsel and Americas CEO for the International Association for Contract and Commercial Management (IACCM). “If you think about what underlies successful societies and economies, it’s all of these agreements between people, between companies. Our mission is to raise awareness of just how important they really are.”

Given today’s increasingly complex legal landscape, where issues like data privacy, sustainability and regulatory compliance loom ever larger, the challenges faced by in-house legal departments can seem overwhelming. That, in turn, means more focus on contracts—what Barber calls “the lifeblood” of a company.

Founded in 1999, IACCM aims to address that tension, giving organizations of all sizes and sectors the tools to achieve world-class standards in their contracting and relationship management processes. To date, IACCM has helped nearly 55,000 professionals and 20,000 organizations across 175 countries. 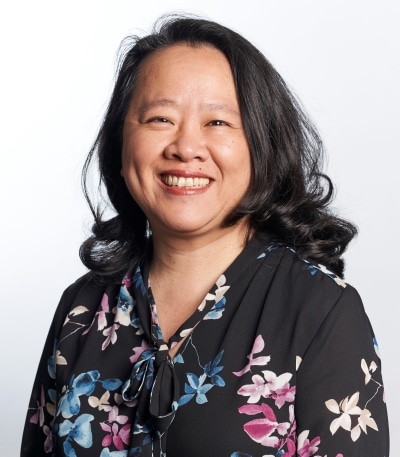 “What we’re seeing over time is that companies are looking at efficiency at every level of their operations,” Barber explains. “How are we selling? What’s the best way of dealing with our vendors and customers? Those questions invariably lead to how you’re handling the contracting process and supporting those who handle contracting and commercial management.”

For Barber, the calculus is simple: the more complicated your contracts are, the longer it takes to finalize them, leading to slower times to market and—eventually—revenue that’s either deferred or lost entirely.

But while some agreements are long by necessity (say, because of a multibillion-dollar merger), Barber says the fear of opening the company up to litigation has led to needlessly detailed, often redundant terms.

“These days, it seems that many create contracts with divorce instead of marriage in mind,” Barber says. “IACCM research shows that limitation of liability is the most heavily negotiated term, but what makes the most difference to successful business outcomes before the contract is signed, is actually getting the scope and responsibilities of the parties right.”

To illustrate, Barber uses a familiar example: buying a car. When you go to the dealership, you’re interested in identifying the exact car you want and the services you expect for that price—not parsing semantics on limitations of liability.

“The first question you have to ask as a legal counsel is, ‘What’s the scope of the deal?’ Often contracts are written without understanding what the deal is all about, leading to more conservative positions that take longer to close. The second question you have to consider is ‘What are you trying to accomplish with the contract?’ If your client needs the contract to generate more earnings, it’s going to be hard to do that when your contract takes months to negotiate and you focus on the wrong issues.”

Overly complicated contracts aren’t just a drag on productivity; in many cases, they may be unenforceable because, as Barber puts it, “there’s no meeting of the minds.” What’s worse, some lawyers purposefully add vague language so they can argue about it should a breach occur down the road—a trick Barber says amounts to bad-faith negotiation.

According to Barber, in order to combat this problem, companies need to take a more honest and open approach to the contracting process. For example, as part of a contribution to a handbook for general counsels looking to build a truly modern legal department (entitled “Tipping Point: Transformation and Innovation in the Legal Department”), Barber argues that eliminating negotiation of common issues by starting where you know you typically end, can help a company to not only create better and more concise contracts, but also to build better relationships.

“Modifying your starting position to be fair for both parties can give you a competitive advantage,” Barber explains. “By exercising good faith at the beginning of the contracting process, you’re engendering trust which will help to build strong long-term relationships. You are also getting deals done faster, which drives better business outcomes.”

In addition, IACCM solicited the feedback of more than 200 organizations to create a database of contracting principles that allows users to stake out a more balanced negotiating position on a range of common issues, from customer audits to indemnity and data security.

Still, Barber says that simplifying the contracting process isn’t just about tighter sentences; in some cases you might not need many words at all.

Consider the growing field of contract visualization. To illustrate, Barber tells the story of a South African fruit farm co-op that experienced tremendous turnover in its workforce. Hired by the farm to come up with a solution, Robert de Rooy, an independent commercial attorney based in Cape Town, spotted the problem immediately: the contracts were so complicated, most of the workers didn’t even know what they were signing—or, in some cases, why they were being fired. 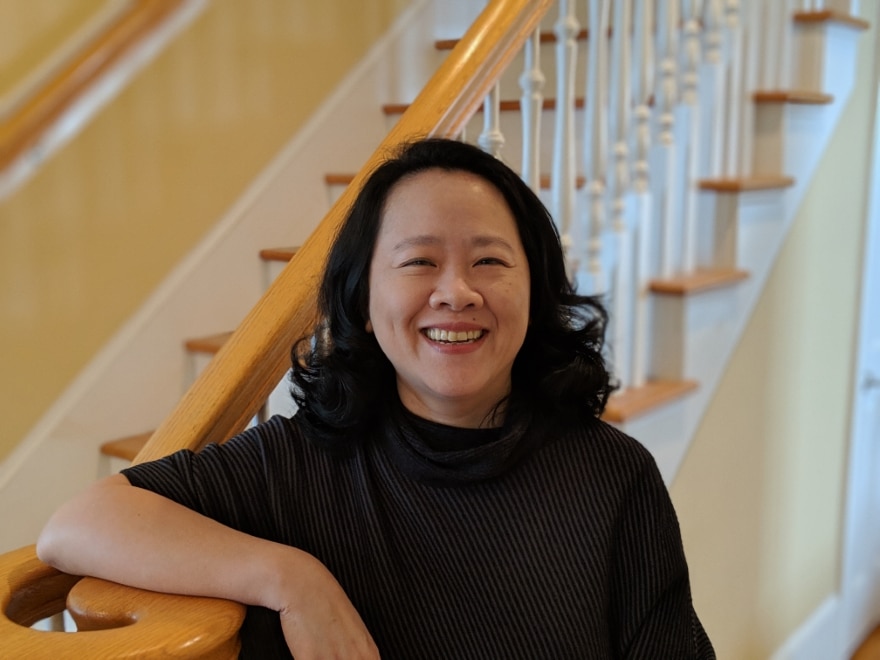 De Rooy’s solution: create a “comic contract” with colorful pictures and simple language that even those with limited literacy could understand: a clock showing what time to clock in, a scale with a number indicating your daily quota, and so on.

The idea became such a sensation, in fact, that it wasn’t long before companies like Royal Dutch Shell were using graphs, charts and other visual media in their contracts, to the delight of their internal stakeholders—and their customers and suppliers.

“These are great examples of simpler and clearer contracts that the business will actually use instead of putting them into that proverbial drawer,” Barber explains. “Having contracts that are used will invariably lead to better business outcomes and more productive and collaborative relationships down the road.”

Indeed, it’s a belief steeped not just in Barber’s professional past, but her personal one as well.

After emigrating from Taiwan to Houston, Texas, when she was nine years old, Barber (née Chang) jokes that her first real introduction to English came from an unlikely source: country music.

By the time she enrolled at the University of Texas at Austin, however, Barber hadn’t just taken command of the language; she knew exactly how she wanted to use it.

“My parents gave up successful banking careers in Taiwan to give my brothers and me a better life in the U.S. They opened a Baskin Robbins shortly after we arrived, and I saw how difficult it was to be a small business owner,” Barber recalls. “I remember working at fast food restaurants and grocery stores in high school to save up for college. I wanted to get my business degree and work in the corporate world, but my parents really tried to steer me towards the law because they knew it would open more doors. And they were right.”

After earning her J.D. and MBA in 1994, Barber spent five years as a bankruptcy and commercial real estate attorney. When she found out that Hewlett Packard (HP) was looking for someone to join their contracts team, she jumped at the chance to work in-house for a global company with a fantastic reputation.

Over the ensuing 19 years, Barber did everything from leading negotiations on complex global deals to running legal point for HP’s Asia Pacific services business to spending six years focused on global sales and corporate transactions as the company’s associate general counsel.

Along the way, she led numerous contract-innovation initiatives and developed a passion for the craft, joining the IACCM board of directors in 2017.

“I really couldn’t have done it all without the support of my family, especially my husband who stayed home to raise our kids,” shared Barber.

Less than two years later, she was offered her dream job: to serve as the organization’s global general counsel and Americas region CEO.

“Most people don’t have a chance to turn their passion into a full-time job, but that’s exactly what happened for me,” Barber reflects. “To help people at all levels of business solve contracting challenges, to use my experience and IACCM’s capabilities to have a real impact—it’s extremely rewarding.”

As for the world shedding a more loving light on contracts, Barber says even that’s yielded a dream come true: In 2016, economists from Harvard University and the Massachusetts Institute of Technology were awarded the Nobel Prize for their contributions to contract theory—a first for the field. 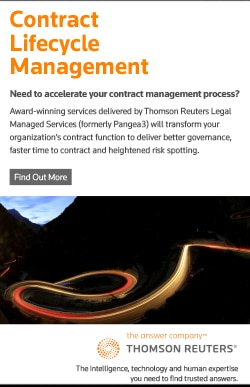 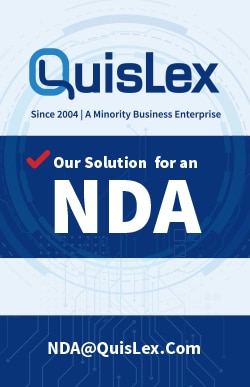