A GC who sees knowledge as the most valuable amenity

This October will mark Ayiesha Beverly completing over half a decade as a lawyer. Yet, she has a second passion, one that began when her father, a technologist, introduced her to computer games and code in MS-DOS operating system for Microsoft, popular in the 1980s and early 1990s.

“If I wasn’t a lawyer, I figure I’d be out writing computer code,” says Beverly with a laugh.

Her legal team at the National Apartment Association doesn’t find her tech savviness a laughing matter, though. In fact, whenever they run into a computer-related issue, they seek her help before asking IT. With NAA since September 2016 and promoted to general counsel in January 2022, Beverly has led the development of the legal operations webpage for NAA’s website. The information on the page was compiled by her and her team—a staff attorney and a paralegal. “The legal operations page didn’t even exist when I first joined NAA and we constantly update it,” she says. “It’s complaint with the Americans with Disabilities Act, but now our Digital Experience team is revamping it so it’s easier to navigate and more visually appealing—not to mention simplifying how we input new information.”

Founded in 1939, NAA is a non-profit members-only association for apartment owners, managers and supplier partners, with members exceeding 91,000. Beverly and her team update NAA’s members on local and state landlord-tenant law, as well as restrictions and regulations—that’s been crucial during the COVID-19 pandemic, she says.

“We stay on top of, among others, U.S. Centers for Disease Control and Prevention guidelines and eviction laws while also educating our executives and owners and operators of multi-family housing units,” she explains.

One way that Beverly, her team and others at NAA disseminated information was with YouTube videos. In fact, on May 17, 2021, Beverly participated in NAA’s first-ever live streamed industry roundtable—available now on YouTube and streamed on Facebook live and on Zoom. During the roundtable, she, along with two of her colleagues, discussed how short-term pandemic policies impact rental housing in the long run.

NAA and the legal affairs department will host around seven webinars in 2022 and will continue making video webinars that cover everything from combatting identity fraud to making websites accessible and compliant. NAA also hosts around six conferences per year and Beverly and her team provide legal education at some of them. The non-profits largest conference is Apartmentalize, which will be held in June in the San Diego Conference Center this year. In 2019, the conference drew 11,000 attendees.

Formerly a part of Government Affairs Round Table and stand-alone for the first time this year, the annual legal symposium is Beverly’s favorite. As general counsel, she’ll be hosting it for the first time, allowing her and her team to explore and discuss legal issues without wasting time explaining legal jargon to uninterested parties.

“I love it. We get to showcase our knowledge while also learning from other subject matters experts in the industry,” she says.

Plugging into DE&I and Legal

While Beverly enjoys NAA’s dedication to sharing knowledge, she was also drawn to the non-profit because of its commitment to diversity, equality and inclusion.

“We definitely did not jump on the bandwagon as other companies started talking about DE&I in recent years,” says Beverly. “Earlier in 2016, the same year I joined, NAA had already established a DE&I committee, which has a dedicated webpage.”

Inspired by NAA’s work and her desire to be a role model for underrepresented groups like minorities and women, she used her free time to participate in University of South Florida Corporate Training and Professional Education program’s DE&I workplace certificate course. She earned her certificate in May 2021. 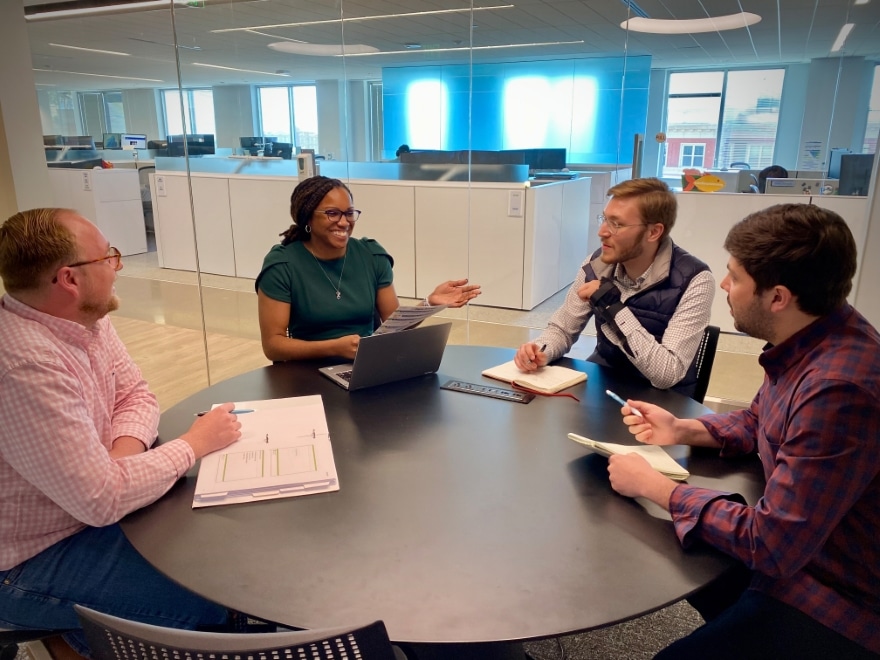 “The virtual seven week long course had quizzes, homework and included guest speakers that discussed how DE&I was beyond skin color,” Beverly recalls. “I learned a lot about unconscious biases and signed up for notifications of any similar courses.”

Beverly says she’s always loved to learn. In middle school, between the end of classes and the start of after school programs, she’d walk to the local courthouse. There, she saw personal injury and traffic cases.

“I was 12, so I didn’t know what prosecutors or defenders did, but I was pulled towards the drama,” Beverly recalls. “I had a mom who was a social worker and a dad in IT, and I wondered how I could do what these courthouse people were doing.” 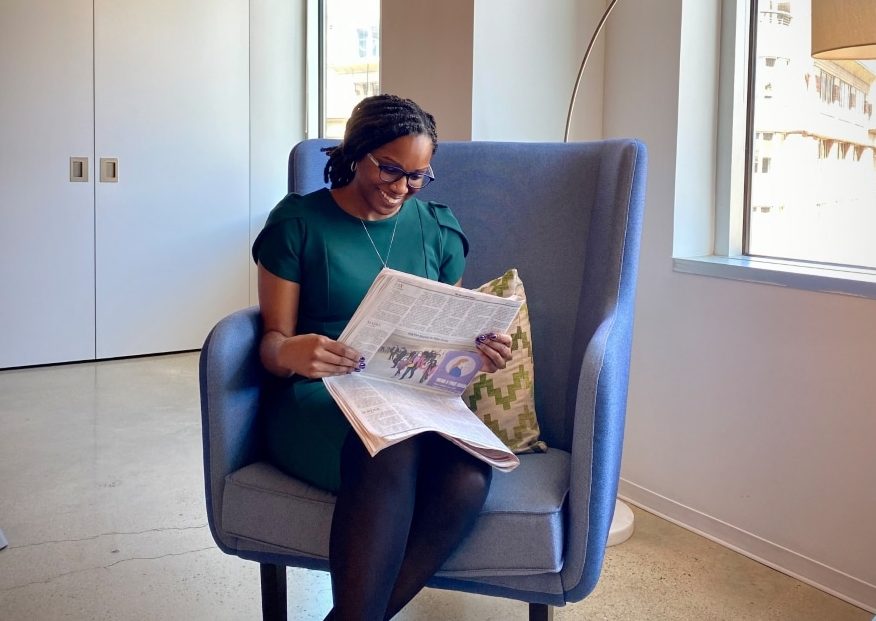 Perhaps that’s because she knows how difficult law school can be. She was a young, single mother with a two-year old daughter.

“Like most law students, I was too broke to afford daycare, but it became the way I met my husband,” says Beverly, remembering how her now husband, who worked at the university, would sometimes watch her daughter and let her play on his iPad while she attended law classes.

As an added bonus, he was one of the university’s IT officers and still works in the IT field, so Beverly now gets to live her second passion vicariously through him.

“I do love a good purse and anything that plugs into a wall,” says Beverly with a laugh. “Law is my first passion, though, and I love doing transactional work.” 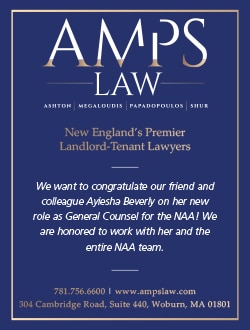