It may not be a case of “all things being equine” for Amanda S. Luby, but even her most complex legal challenges are rarely two degrees of separation from the equine industry.

Luby, the executive vice president and general counsel for CaptiveOne Advisors LLC, manages legal affairs for a company that’s growing in a little understood segment of the insurance industry known as captive insurance.

“I would estimate a good percentage of attorneys and accountants don’t know what captive insurance is, even though nearly all Fortune 1000 companies have it,” says Luby.

In captive insurance, a business creates a licensed insurance company to provide insurance for itself, often because the available insurance is too expensive, or the coverage is inadequate. CaptiveOne establishes and administers these insurance programs. 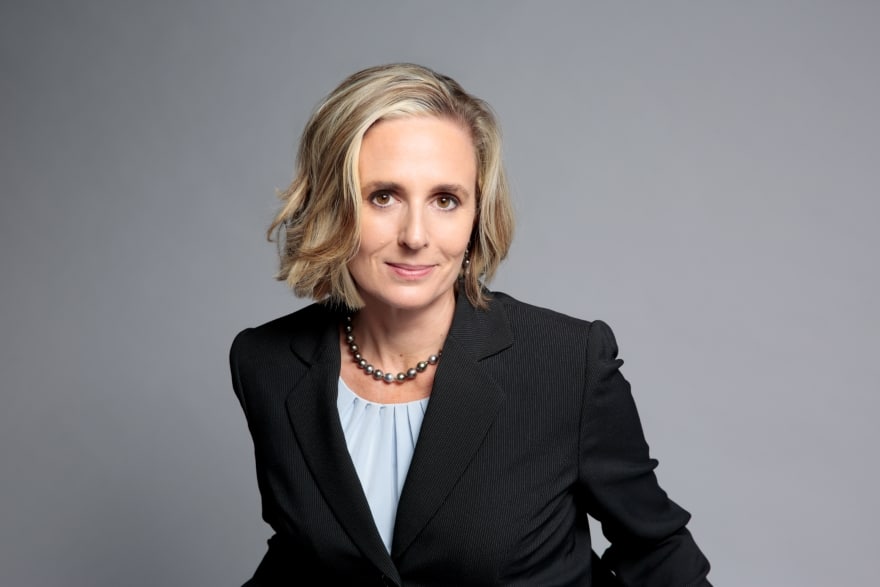 One sector using captives more often is the equine industry. Luby, who’s ridden horses most of her life and aspired to train thoroughbreds, loves helping companies benefit from the practice.

“When you grow up working around horses, you’re not afraid of getting your hands dirty,” she says. “Every business owner who’s built something from the ground up understands that concept. Captives help protect that sweat equity and investment.”

Founded in 2012 by Wayne Jenkins, who had 20 years of experience in insurance and financial planning, CaptiveOne offers companies protection against “black swan” events that could devastate them, Luby says.

Black swans can be natural catastrophes like Superstorm Sandy in 2012, a cyberattack or a global pandemic, she adds. A captive insurance program can be especially beneficial because it’s created by the company ownership that knows best which risks they face.

“It’s not self–insurance; it’s a subsidiary insuring the company that owns it,” Luby explains. “You’re building an insurance company that benefits the insured.”

A business must capitalize the captive, fund the premiums and pay operating costs, but captive insurance also creates equity that companies can tap into for dividends or investment.

As with all other insurance, captive insurance is regulated by the state in which it is domiciled, so part of Luby’s role is ensuring regulatory compliance with state laws and being mindful of federal tax codes particular to the industry.

Luby says companies are coming to understand the importance of captive insurance for areas such as protecting executives from the risks to which they are exposed when reopening offices after the COVID-19 pandemic. It’s also a great tool to protect against cyberattacks and malware—disasters that can lead to millions of dollars in damages. 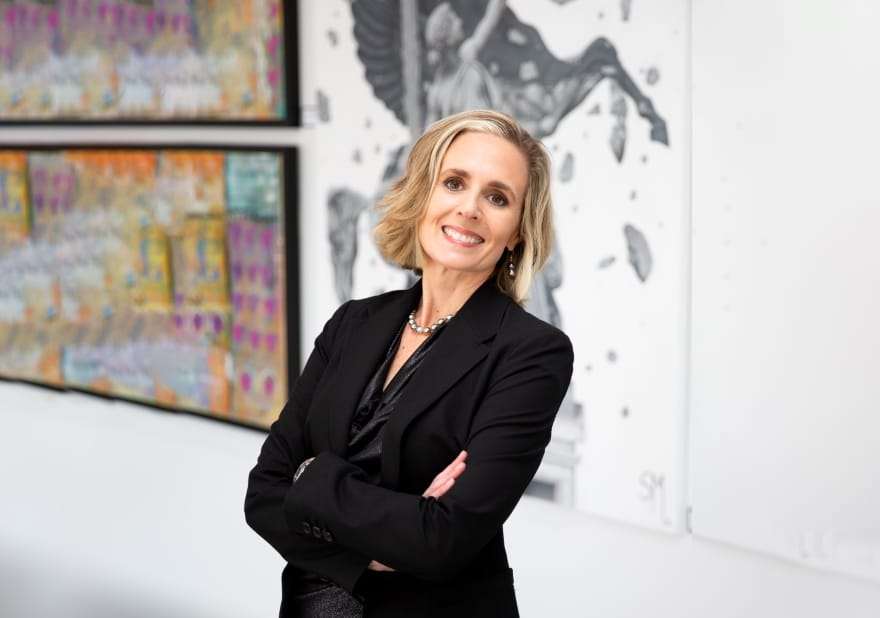 The emergence of blockchain technologies and cryptocurrencies is also upping the ante for cybersecurity, she adds. As reported in the Wall Street Journal in April, China has created its own digital currency, controlled by its central bank. As a result, companies doing business there need to protect their platforms and carry policies to protect themselves.

“It’s a fast-moving train headed out of the station now,” Luby warns, adding that global commerce is rapidly becoming digitized, and that the use of cryptocurrencies is growing rapidly. Captives can be excellent tools to protect against those risks, she says.

Serving as general counsel has enabled Luby to use her diverse skills and avoid becoming compartmentalized. Her work is a balancing act between taking entrepreneurial risks and managing against risks for her company, she says.

“Our clients are in different industries,” she adds. “So there’s a generous diversity of risk in every industry. Each business has its own set of circumstances that has to be evaluated in the underwriting process, all which I find fascinating.”

Through all of her experiences, Luby remains connected to the equine industry. CaptiveOne’s equestrian clientele are a growing segment of the company’s business, and she’s helped develop the insurance programs unique to each of these clients. The company also sponsors equestrian events including the Winter Equestrian Festival, the U.S. Open Polo Championship and the American Gold Cup—for which she writes the sponsorship agreements.

“It’s a long way from eating out of a chuck wagon on the plains of west Texas to the boardrooms of the East Coast,” says Luby, a Tulsa, Oklahoma, native.

She earned her bachelor’s degree in animal science from Oklahoma State University in 1995, graduating with honors, while working during summers as a groom and hotwalker at Louisville’s famed Churchill Downs for National Hall of Fame trainer D. Wayne Lukas and others. 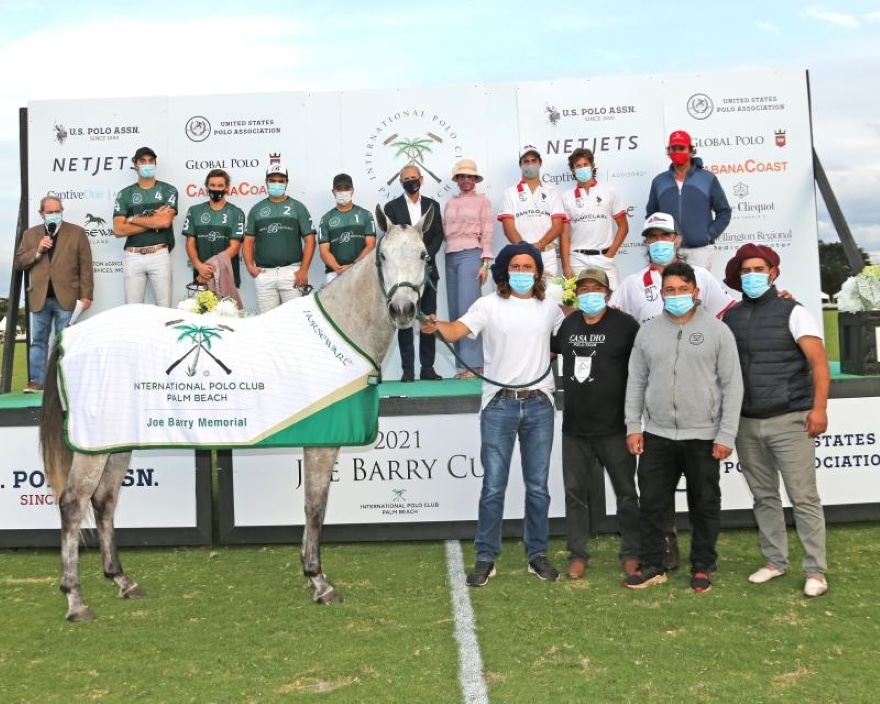 At the polo trophy presentation earlier this year, as part of the annual
sponsorship of the International Polo Club in Wellington, Florida and US Polo. |
Photo Credit: Alex Pacheco Photography

After graduation, Luby was a veterinarian intern at Four Sixes Ranch in Guthrie, Texas. While the work was rewarding—foaling mares, working with foals, training yearlings and performing lab work—she was also deciding if she wanted to follow in her stepfather’s footsteps as an attorney, pursue an MBA or earn a medical degree as a physician or veterinarian.

Following the Four Sixes internship, she spent a year as a consultant at Werk Thoroughbred Consultants in Fremont, California. In 1997, at age 23, she returned to the Bluegrass State as the director of communications for Walmac International, a large thoroughbred stallion operation.

In 2000, Luby enrolled at the University of Kentucky College of Law and earned her J.D. in 2003. She began her legal career with GrayRobinson P.A. in Orlando, Florida. As an associate, she worked in litigation and M&A. She joined Shutts & Bowen LLP in 2008, rising to become a partner in the firm while practicing construction and commercial litigation. She also founded and co-chaired the Equine Law Group and developed a niche in fine art law.

While at Shutts & Bowen, Luby became acquainted with entrepreneur Wayne Jenkins and served as his attorney. When he approached her about working in-house at CaptiveOne, she saw the chance to advance her executive skills and expand into other areas of the law.

“In reflecting on the path taken, my horse habit has been the gateway to a very interesting career, for which I am so grateful,” Luby says. “I’d wager that a shared interest in horses connects the world within two degrees of separation and I have taken every advantage of that.” 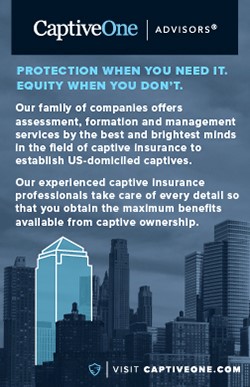 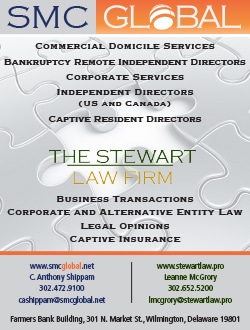