An unsexy role in a sexy industry.

Matt Esber’s job isn’t sexy, at least not for the industry he’s in.

Esber is general counsel of Interactive Life Forms LLC, a company that manufactures sex toys, occasionally called “sexual health aids” or “marital aids” depending on who you talk to. The company is best known for one of its several products: the Fleshlight.

Despite its less-than-usual products, Esber’s job is typical of many in-house general counsel positions. His time is spent protecting the company’s intellectual property, creating frameworks that facilitate global sales and helping each department function to the best of its ability. 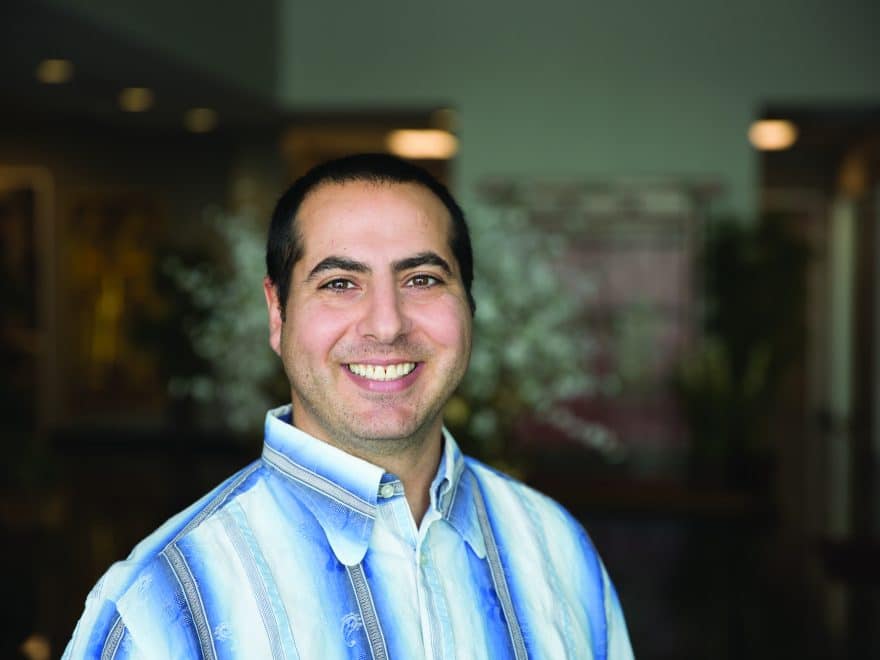 “Long story short, ILF just makes a different type of widget,” Esber says. “It’s certainly part of the story, and I would never hide it, but it really has little to do with my day-to-day job. It’s just a widget to me. It just happens to be a sex toy widget.”

The Austin, Texas-based, company has sold more than 9 million of those widgets.

Whether companies are making sex toys or some other product, chances are counterfeiters are attempting to create knock-offs, so one of Esber’s primary roles is protecting Interactive Life Forms’ (ILF) intellectual property. This benefits both the company and its customers.

“For our industry, China is the epicenter of counterfeiting, so we attack these operations on several fronts,” Esber says.

Esber worked for a year to track down one such counterfeiting ring with help from one of China’s government agencies.

To combat counterfeiters who sell products online, ILF uses its internal resources, third-party platforms and close relationships with Amazon, eBay and Alibaba.com. In most cases, ILF can send those vendors a list of counterfeits and the respective company removes the item from its site. When possible, though, ILF goes for counterfeit manufacturers rather than distributors.

“It’s the whale we want to get, not the minnow, although they all have an effect on your brand and your reputation,” he says.

Esber is not new to combatting IP infringement.

After graduating from UCLA School of Law in 1997, Esber was thrown into the heady tech boom years of the late 1990s. After several years with Wilson Sonsini Goodrich & Rosati—he helped the firm open a new office in Austin—he moved in-house with NCSoft, a video game developer known for “massively multiplayer online role-playing games,” such as City of Heroes and Guild Wars.

At NCSoft, Esber was thrown into the world of data security and IP protection. He even got the FBI involved when a hacker stole code for NCSoft’s servers and the hacker set up his own, unauthorized gaming server. At the time, Esber says, the FBI was especially cooperative because it was looking for test cases around online software theft. Esber’s work with NCSoft helped set that precedent.

In 2012, Esber made the move to ILF, in large part because he wanted to expand his skillset.

“It offered a different challenge with ILF’s business also having a manufacturing facility,” he says. “In addition, I was presented with the opportunity to expand my international legal knowledge in everything from labor to privacy laws that vary from country to country.”

Just after he was hired, he helped sue a Canadian distributor for selling counterfeits and got a six-figure settlement. The amount of the settlement was many times what Esber was making at the time, so it helped to justify his role as a value-adder, not just a cost center.

The other way Esber adds value is by creating the business relationships that allow global growth. When Esber arrived, he drafted ILF’s terms of service for the company’s website and streamlined the process for potential wholesalers or distributors. Now those distributors go online, fill out a profile, look through ILF’s terms, accept or not accept, and become a distributor.

As ILF’s only attorney, Esber deals with operations around the world. He’s traveled to Europe, Australia, China, Hong Kong, Canada and Spain—where the company has its second manufacturing facility in Seville. He helped open ILF’s Brisbane, Australia, office and its Toronto, Canada, outpost.

“These were really interesting opportunities, as an attorney,” he says. “Not only [was I] setting up a new entity and making sure we complied with local laws and rules, as well as finance, I also worked closely with our CEO and CFO. I was on the ground floor as the company representative who went over to Brisbane to interview potential employees, negotiate those deals and set up the operations from a legal perspective.”

He takes pride in being an integral part of the business and says he’s better because of it.

“There’s so much to being a good lawyer,” he says. “It’s not just the technical aspects to the law—crossing the T’s, dotting the I’s—it’s really understanding the business. You’re a much better collaborator and partner if you have immersed yourself in the day to day operations of the business.”

Working internationally has helped Esber learn some of the nuances of ILF’s different markets. For instance, distributing in the U.S., where one distributor might cover a large region like the West Coast, is much different than distributing in Europe, where distribution is more fragmented on a country-by-country basis. Distributing in France is a different story altogether.

In France, ILF found a partner that’s well known in the sex toy industry and signed up to cobrand its products.

ILF works around cultural differences in some countries by offering a smaller product catalogue with fewer anatomically correct options and by marketing its products as sexual health or marital aids.

Cultural taboo happens in the U.S., too. When ILF started in 1996, it had to make its products in Las Vegas, Nevada, because it was illegal to manufacture them in Texas. Those laws have since been lifted, and ILF does most of its manufacturing out of its facility in Austin.

When he’s not traveling, Esber spends most of his time with his partner, Liz, and their two sons, taking “staycations” in the hill country around Austin and taking advantage of the city’s food and live music scenes—he’s been to the Austin City Limits festival all but two years since it started in 2002.

“I have kids,” Esber says. “I want to see them grow up and participate, so being able to balance my home and work life is a tremendous value.”