The raucous fans and star-spangled pants of up-and-coming athlete Spencer Robarge may say it best: bowling is on a roll, and not just at the international tournaments hosted by the Professional Bowlers Association where Robarge is making his mark fresh out of high school.

As Matthew Palatnik explains, bowling centers nationwide have started offering upscale bowling lanes, expanded food and drink menus, and new games and attractions that are drawing families and couples who might have overlooked bowling in the past. 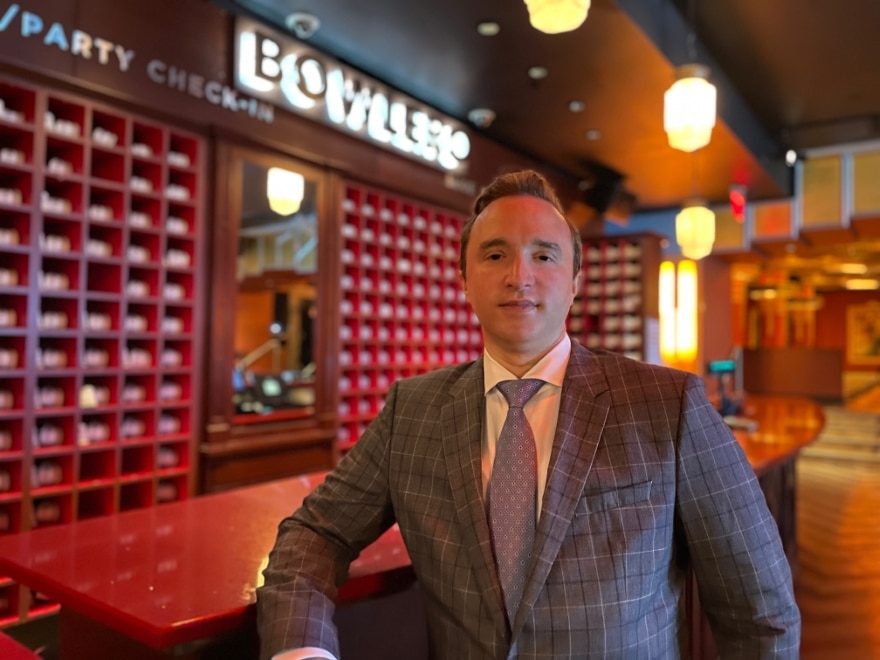 Palatnik is the associate general counsel for Bowlero Corp., the world’s largest bowling entertainment operator, and helped the business acquire the PBA in 2019. Though he shies from taking credit, he also helped the business recover from the COVID-19 pandemic and counseled the company as it became a publicly traded company on the New York Stock Exchange in 2021.

“We’ve transformed the bowling alley from a place once used almost exclusively for kid’s birthday parties, leagues, and real enthusiasts, into a more inclusive and exciting entertainment arena,” Palatnik says. “We’re taking bowlers and bowling to the next level.”

While Bowlero is now nationwide, it started small when entrepreneur Tom Shannon bought Bowlmor Lanes in Manhattan’s Greenwich Village in 1997. It was then New York’s oldest bowling alley, and by the time it closed in 2014, it was a hotspot frequented by families and celebrities like Sarah Jessica Parker, Jimmy Fallon and Al Pacino.

Palatnik entered the picture in March 2014, arriving in time to help with the acquisition of Brunswick Corp.’s bowling centers, a deal that united former rivals Brunswick and AMF while adding 85 bowling centers in the U.S. and Canada.

Palatnik supported the legal department by focusing largely on the real estate due diligence for the Brunswick locations. He also assisted on the financing of the deal, which closed in September 2014.

“We integrated the locations and developed them into our vision of what a modern-day bowling center should be like,” he says. “I was immersed in something special right out of law school. I loved being part of the call to close the deal, experiencing the culmination of all of the hard work and sleepless nights that everyone put in.”

In January 2018, Bowlmor AMF rebranded as Bowlero, setting the pins for the acquisition of the PBA in September 2019.

Acquiring a pro sports association, its tournament events and a TV contract was “typical M&A,” Palatnik says. To support the acquisition, he worked with financial partners and outside counsel on the deal’s structure, financing and compliance. He also helped negotiate and draft the M&A agreements with the PBA executive team.

“The leagues at bowling centers were showing people were excited by the sport,” Palatnik says. “It was ready for a wide-reaching TV viewership and needed a social media presence. We want to treat this like a mainstream professional sport where people are proud to say they’re a pro bowler. Many pro bowlers are now household names, and there are rising stars coming.” 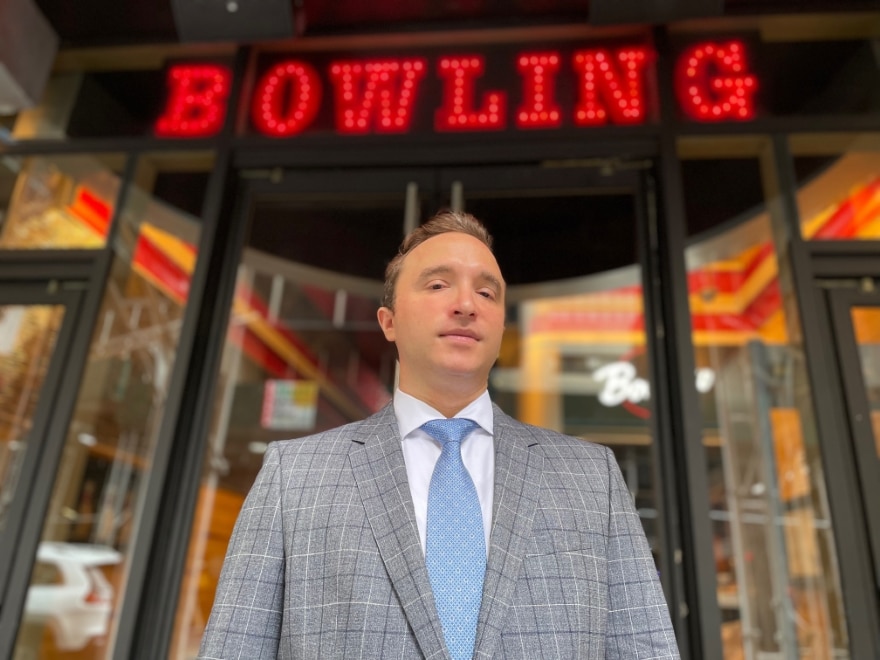 Less than a year after acquiring the PBA, Bowlero had to close its lanes because of the COVID-19 pandemic. Palatnik helped create the policies and procedures to reopen, navigating regulations in the U.S., Mexico and Canada.

He credits the company’s operations teams for making the policies and guidelines work and says Bowlero continues its outreach to bring people back.

“Our bowling centers are a vibrant part of many communities,” Palatnik adds, “Employee and guest retention are crucial for their successful reopening.”

In December 2021, Bowlero went public in a de-SPAC transaction that merges a special purchase acquisition company, the buying entity, and a target private business. For his part, Palatnik worked with financial partners and outside counsel. Now, he works with Chief Legal Officer Jason Cohen on securities law issues, including applications and filings with the U.S. Securities and Exchange Commission.

From biology to bowling

The son of eastern European parents who emigrated to the U.S., Palatnik grew up on Long Island, New York. He says his parents’ story as immigrants fuels his ambition and humility.

He earned his bachelor’s degree in biology from the State University of New York at Purchase in 2010. While there, Palatnik also worked with the Columbia University Department of Psychiatry and New York State Psychiatric Institute, helping research and develop drugs to treat schizophrenia.

While in law school and attending an event, Palatnik was introduced to Ricky Chung, who was speaking there as an alumnus. At the time, Chung was general counsel for Medivo Inc., which eventually became an affiliate of Merck & Co.

He and Palatnik stayed in touch, which enabled Palatnik to join Medivo as a legal analyst in June 2011. There, he collaborated on strategies surrounding health IT, including data exchanges and licensing, while also helping draft corporate finance and M&A documentation.

As Palatnik graduated law school, Chung moved on to become senior vice president and general counsel at Bowlero. They were soon reunited as Palatnik joined Bowlero as a legal analyst in March 2014. He helped build the organization’s legal department while working with company managers and teams to implement policies, standards and best practices throughout the business divisions. That included working with HR on updating its company handbook and operating standards.

In April 2019, Palatnik was promoted to associate counsel and was named to his current position in March.

“I enjoy working in a collaborative-type environment where I can help strategize,” Palatnik says. “But Bowlero is more than just a company or bowling alley. It’s a place for communities to congregate and make lasting memories.” 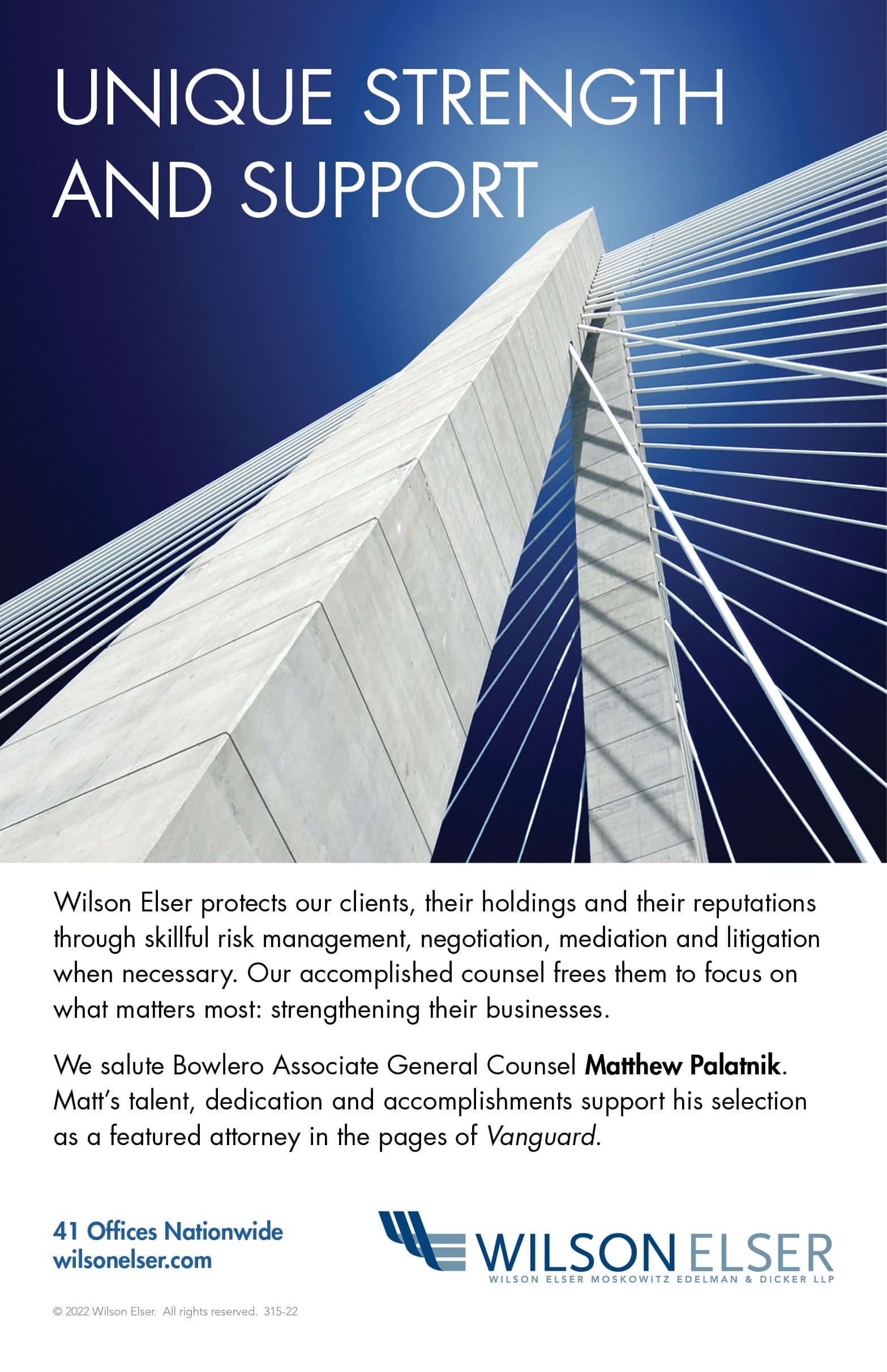 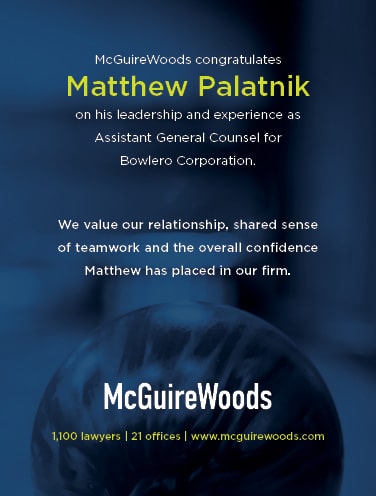 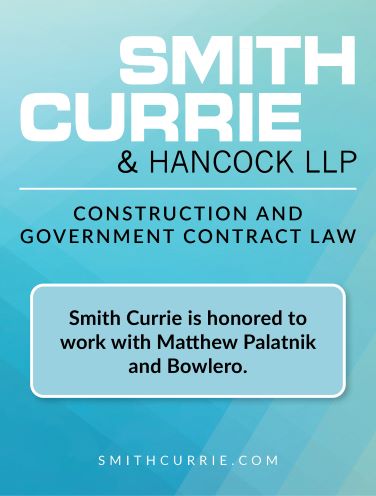 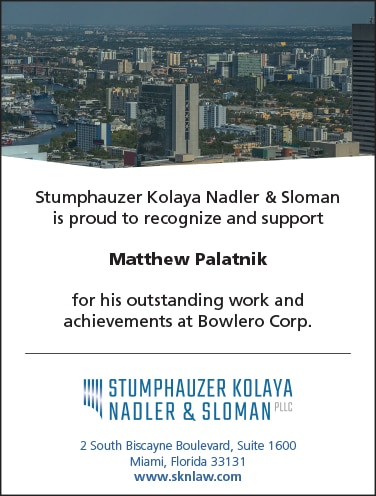