Credit him for sustaining small business

Every day can be rewarding for Tom Griffin when he’s out and about New York City or the rest of the United States. He’ll pass an independent auto parts retailer and see the parking lot teeming with customers. Or maybe it’ll be a software startup that’s about to introduce the latest app. Or a franchisee-owned chain restaurant that endured the pandemic.

“That’s Main Street, not Wall Street,” he tells Vanguard in March from his Manhattan office. “We’ve helped keep them going.” 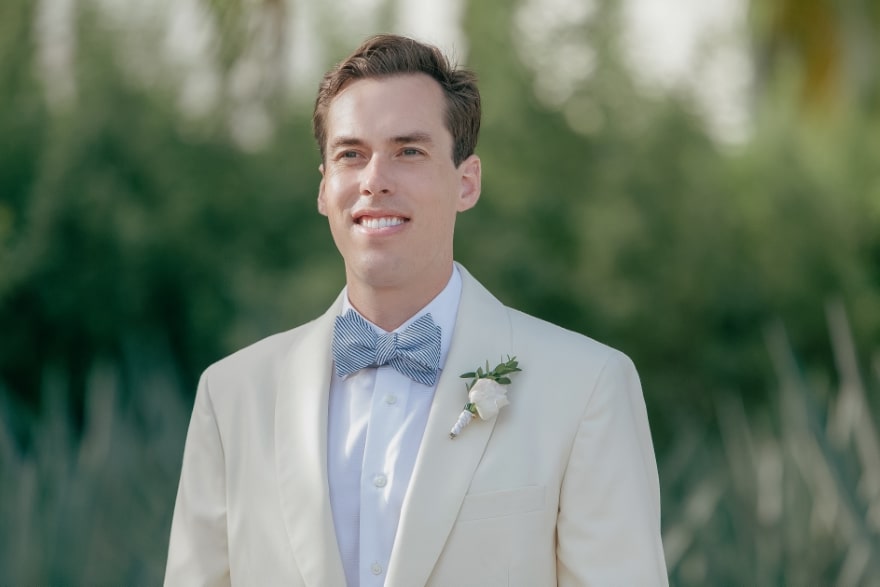 Griffin’s employer, Ares, has a U.S. direct lending business that extends capital to small and medium sized companies that banks often bypass. A member of the legal team since 2016 who ascended to associate general counsel two years ago, Griffin’s responsibilities include supporting the day-to-day credit business and fine-tuning acquisitions for the Ares credit group, which has invested in thousands of companies, many family-owned and community oriented.

And, as he emphasizes, Ares’ involvement with those companies doesn’t end with it advancing credit. Unlike a bank, this firm’s model isn’t built on arranging a deal, taking the fee and syndicating the terms to an outside investor.

“When our direct lending business makes a deal, we more often than not hold the loan,” Griffin says. “We look to directly originate a loan based on an extensive underwriting process and hold the loan to maturity or refinancing. In recent years approximately 50 percent of the loans we make are as an incumbent to an existing portfolio company. We’re a relatable lender, relationship-oriented and we like to grow with the companies.”

Ares has got the formula down well enough to have over $300 billion in assets under management—up from around $90 billion when the then 30-something Griffin joined the firm after nearly six years of practicing M&A and corporate law at the New York office of Skadden, Arps, Slate, Meagher & Flom LLP.

And among the factors that would hasten the firm’s growth: The consequences of the Great Recession of the late 2000s and early 2010s. During that downturn, Ares stepped in after banks retreated from financing middle-market companies. Banks are less nimble than Ares, Griffin explains, and were under more regulatory oversight. Furthermore, bank consolidation has left small and medium businesses with fewer credit options.

Over the past two years Ares has established a joint venture in Australia and acquired the assets of a complementary, collateralized loan obligation platform further cementing Ares as one of the largest CLO managers in the world. 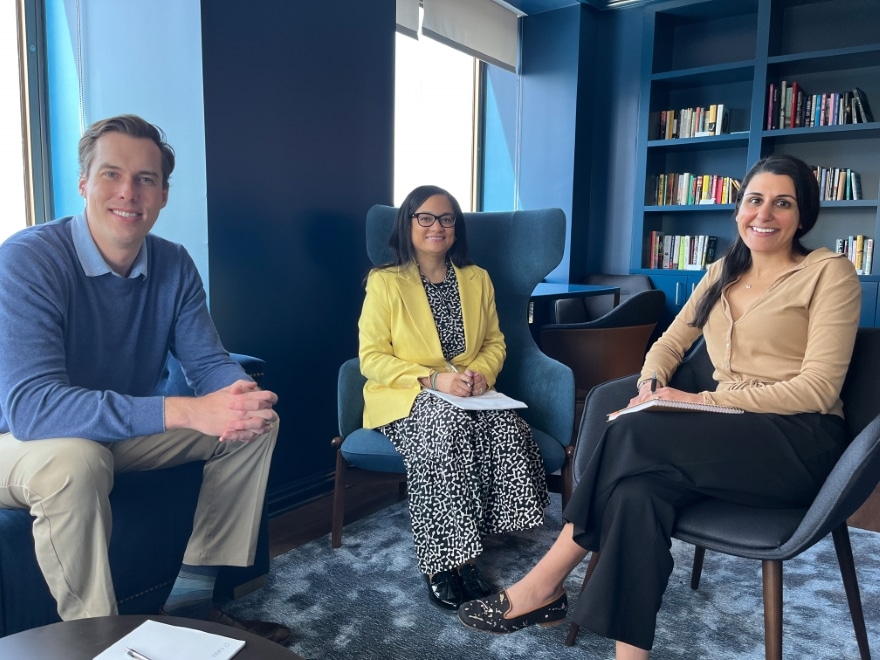 He helped close another acquisition this past February when Ares bought AMP Capital’s Infrastructure Debt platform, which positions the firm for more activity in the infrastructure sector that includes the booming green-energy industry. This acquisition adds over $8 billion to Ares’ assets under management and, Griffin says, further enables the firm to provide debt solutions for new infrastructure projects, including cleaner power plants and wind and solar farms.

“I was the day-to-day in-house attorney working with our strategy team, negotiating the deal and seeing it through to completion,” he says. “One of my roles is managing and closing these deals from the legal side.”

Turning to process improvement, Griffin’s working on a manual for equity co-investment that, among other goals, seeks to streamline workflows amongst all the business, middle-office, accounting, tax, compliance and legal stakeholders involved. The firm’s 2,100-strong workforce is double that from 2016, he’s collaborating with the rest of the team to mitigate growth pains and scale with the business.

“Ares is open to any suggestions at any level on how to streamline or improve,” he says. “And we embody that team mentality seamlessly.”

It’s all part of the excitement of being an in-house lawyer at such an industry disruptor, and it’s one for which Griffin came well prepared after his 2010-16 stretch with Skadden, Arps. Mergers and acquisitions were among his roles, but he didn’t often see the full consequences of his counsel. How refreshingly different it is, Griffin says, to immerse from the get-go.

Still, those early days on the job could be daunting, Griffin acknowledging how he often felt like he was drinking from the proverbial firehose. A few years later, COVID-19 proved another challenge, with Griffin having to negotiate deals remotely and, in the case of AMP, having to deal with Asia-Pacific time zones.

At least he was familiar with that part of the world, Griffin having earned a master’s in international economics and finance from The University of Queensland in 2005. That was two years after graduating from the University of South Carolina with a biology degree and one year before enrolling at The University of Texas School of Law. 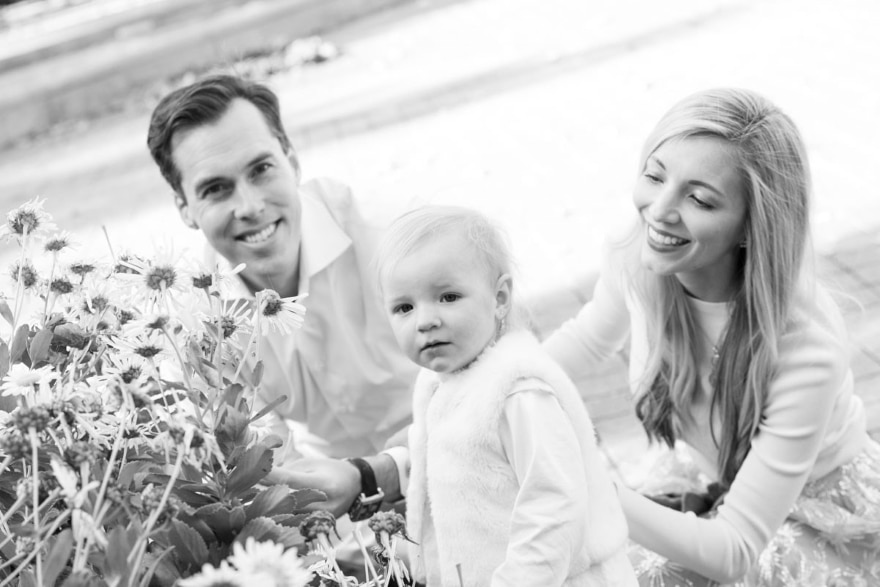 But when Griffin earned his juris doctorate in 2009—the Great Recession—it wasn’t the best of times for young lawyers to make their mark. Though Skadden Arps had made him a permanent offer, the firm realized it had too many junior associates. The firm offered a deferral program for Griffin and others for a year with the agreement that they’d be paid one-third salary and get another $1,000 a month to apply toward their tuition loan so that they could do something meaningful.

Griffin opted to serve one year as an assistant attorney general in his native South Carolina. While he felt he was putting the time to productive use by prosecuting domestic violence and other matters on behalf of the state, he didn’t want to be a litigator. Finally, in October 2010, he began his duties at Skadden, Arps, a stretch that included one year as a secondee for Credit Suisse in New York.

It’s been corporate law ever since, and life in the Big Apple which he shares with wife and law school classmate Robin Brem, who’s managing director and deputy general counsel at Third Point LLC. The couple has a 2-year-old daughter who’s a budding ballet dancer.

“It’s great to have someone in the trenches with you,” Griffin says of his wife. “She’s the real star of the family.”

As to who derives the most on-the-job satisfaction, Griffin reckons it might be tough to top his.

“It’s so refreshing to walk down the street and say, ‘we support that business and it’s doing well,’” Griffin says. “I get a lot of satisfaction that way.” 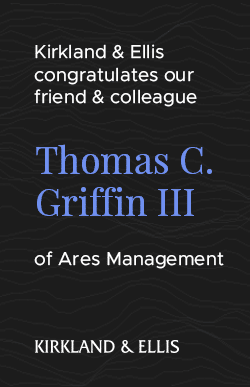 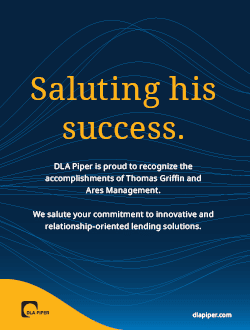 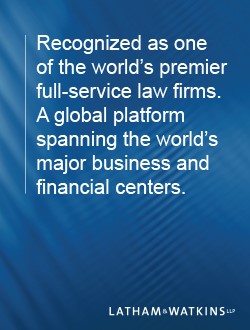 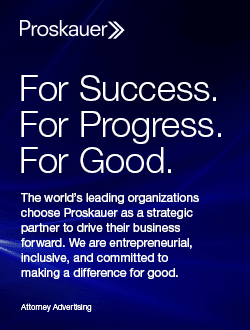