Unlike her peers, however, Washington avidly read the New York Post’s chess column to glean the latest moves, helping her become a middle school champion three years running. While she didn’t plot her moves on the bedroom ceiling late at night (ala The Queen’s Gambit), she did develop an uncanny knack for problem-solving: seeing the end objective first and then logically working backwards to the beginning of a question. 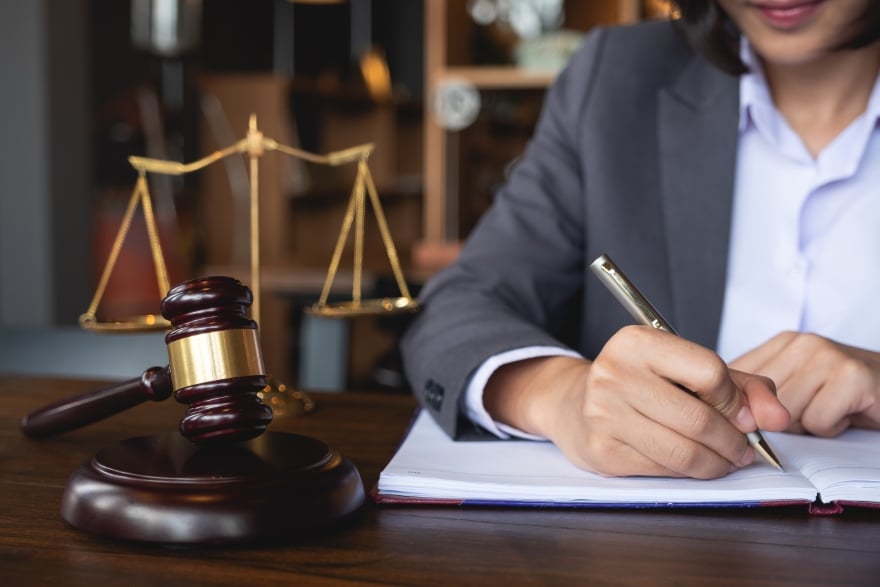 Like the protagonist in The Queen’s Gambit, Washington got to this point in her career by making calculated moves in a male-dominated profession, proving her worth at Fortune 1000 companies by using her intellect and choosing her words wisely—to unarm opponents and disable adversarial relations. Now, she’s sharing those lessons with the latest crop of attorneys she mentors.

“For me, it’s all about making a lasting impact and leaving behind a legacy on the people around my community and in my home state,” she says.

Ever the strategist, Washington— who earned her degree in accounting and finance at The College of New Jersey in 1986—says numbers and logic have always made sense to her. True to her grade school teacher’s prediction, she entered Seton Hall University School of Law, earning her J.D. in 1989.

Working in private practice at three New Jersey-based firms, her work revolved around banking and finance. In 2003, she made partner at Saiber LLC, a Newark-based firm specializing in trusts, estates, probate matters and taxation.

“Successful work is not a question about how we litigate; it’s a matter of understanding what is the actual problem is,” Washington says. “From there you determine the fastest way to fix it for your client. You get—and keep—more clients that way.”

What makes her career unique, Washington says, is that it took 20 years before she went in-house—something she did in 2010 at CIT, a New York City-based financial and bank holding company, where she served as a senior vice president and chief litigation counsel.

“It was well-suited to my background. I thought it would be great training toward becoming a general counsel,” Washington recalls.

Patiently working at CIT for almost seven years, Washington made her next calculated move in 2017, when a college friend told her New Jersey Resources was seeking a new GC. Unlike an opening against a grand master, this opportunity fell in her lap.

“The move came late in my career, but the transition was as seamless as I hoped it would be,” she says.

The transition from a banking environment to the energy space was smooth: both industries are heavily governed by regulations and numbers—two areas of strong proficiency for Washington.

Still, the move wasn’t without its challenges. At a company where many employees spend decades, bringing about transformational change—in the form of more modern processes and protocols—wasn’t always easy. Washington knew better than to make a big splash. Instead, she quietly took time to adapt. 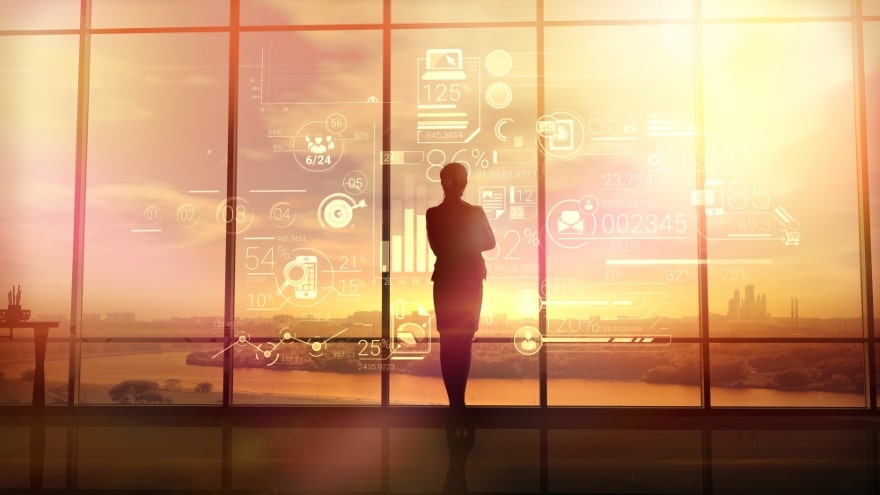 “It was the second time I had taken over a department,” Washington says. “You have to be careful not to upend everything. My attitude is if it’s not broken, don’t fix it. That worked out well.”

Ultimately, updating NJR’s operations—from processes and policies to legal management systems—proved to be an easier sell than Washington had anticipated. She also embraced the challenge of developing more concrete environmental, social and governance (ESG) and diversity, equity and inclusion (DE&I) initiatives.

In building her legal team, however, Washington took more of a Socratic tact: forever asking the right questions to help shed light on how the department could benefit the broader company.

“I favor a collaboration to refine performance. I want people to understand what I’m thinking to best deliver results,” she says.

What would Nancy do?

Self-described as unapologetically direct—a character trait that served her well working in traditionally male-dominated industries—Washington has embraced both collaboration and change in her most recent role.

As a GC, the trick was to figure out how to balance the two. Her desire, she says, was to help her team of six lawyers and six support staff improve.

“One of my strengths is evaluating other peoples’ strengths—incorporating their skills and placing them in the best positions to serve clients,” she says. “I always explain the “why” because if you understand the bigger picture you can avoid potential hurdles.” 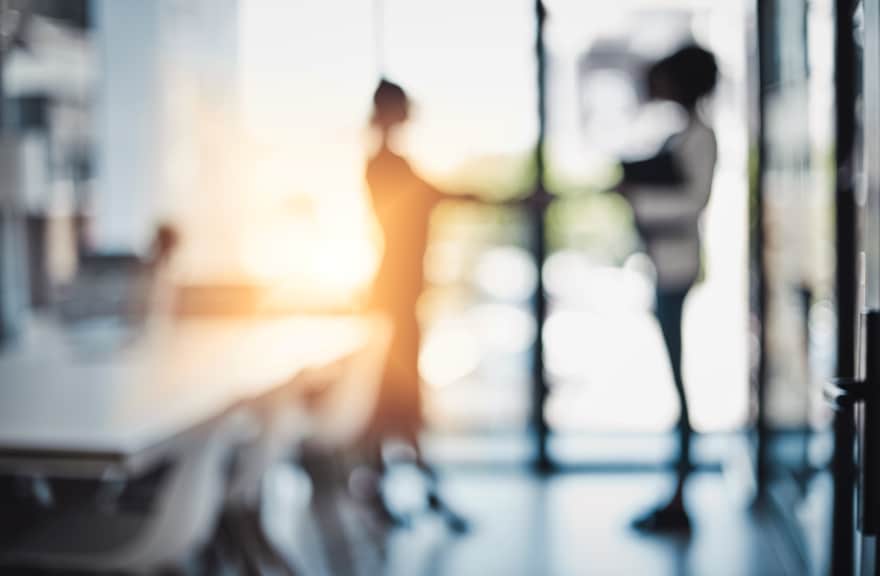 Washington encouraged lawyers to connect with clients and understand their audience—a process she describes as “developing a constructive dialogue,” rather than strong-arming people with demands.

“That gets to the heart of the problem and avoids burning money in litigation,” she says “Being reasonable with an adversary pays off and promotes collaboration in the dispute process. Clients wants to solve the problem and move on—not pay a fortune.”

One of her greatest compliments came from a former CIP employee that Washington had mentored, who used this approach when confronted with a particularly difficult situation at work.

“She would ask the question, ‘what Nancy would do?’—and found her answer,” Washington says. “That’s what I hope to give my team: the rules of the road and some insight to make good choices.”

Lessons learned from her legal experiences is something Washington is willing to share with the those at her company, information that has the potential of empowering employees.

To that end, Washington is channeling her work on DE&I to engage employees from all walks of life on how to move forward—both in their careers and in their lives. Indeed, if anyone understands the challenges of being a non-white male in a highly competitive industry, it’s Washington, who remembers what it was like being the only woman in the room. 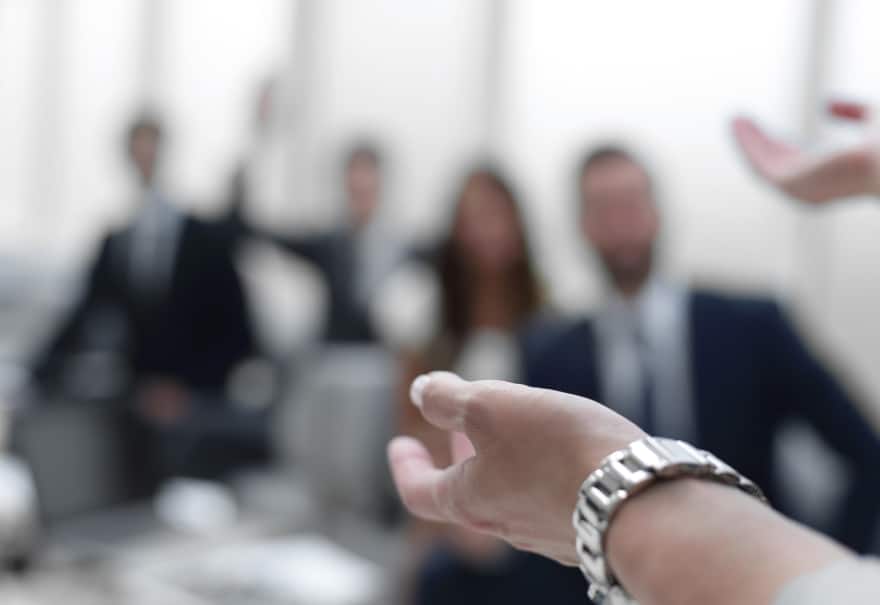 “We need to push these initiatives forward more aggressively; we’re not as far along as we need to be,” she says.

The strength of solving any problem—like a good game of chess—requires consideration of a variety of options and perspectives. Washington allows her mind to get quiet, much like the rolling waves coming in on a quiet day at the Jersey Shore. From there she can plan her next moves to better serve clients, assembling NJR’s own versions of key players—be they knights, rooks, kings or queens.

“I really do love this job—and you can’t do it without that passion and collaboration with others,” Washington says.,”

Asked what advice she would give to younger lawyers in the field, Washington says that no matter the opponent—be it a person or a professional roadblock—it all boils down to three things: outthink them, outsmart them and outlast them.

“Draw on your own fearlessness, be brave and stay calm,” Washington says. “Then you can see the moves in between to get to your endgame.” 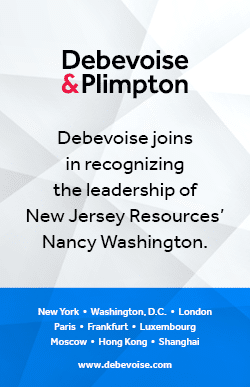 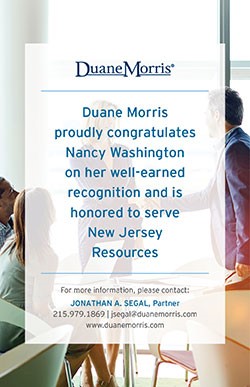 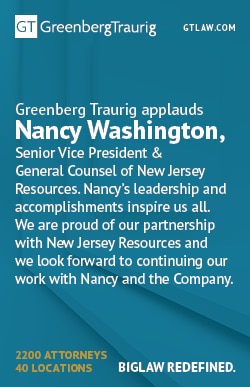 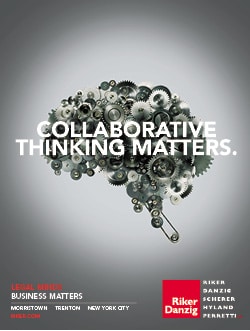 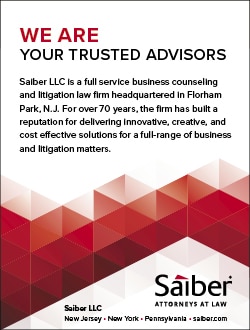 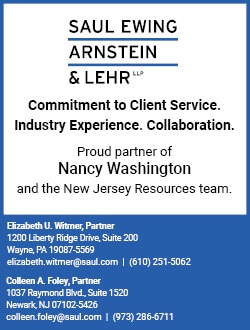 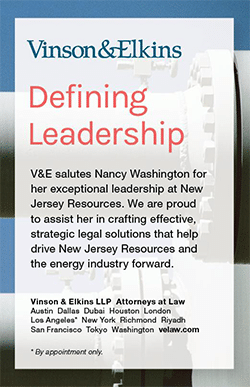