What goes around comes around, again

After transforming Spinnaker Insurance Company from a shell into a prosperous national insurance company after joining in 2016, Scott was able to help sell it four years later—and at a substantial profit. Now, he’s helping another insurance startup, Everspan Group, expand nationally.

As he explains, when the New York-based company approached Scott in November 2020 to come aboard as its new general counsel and chief compliance officer, he jumped at the chance. 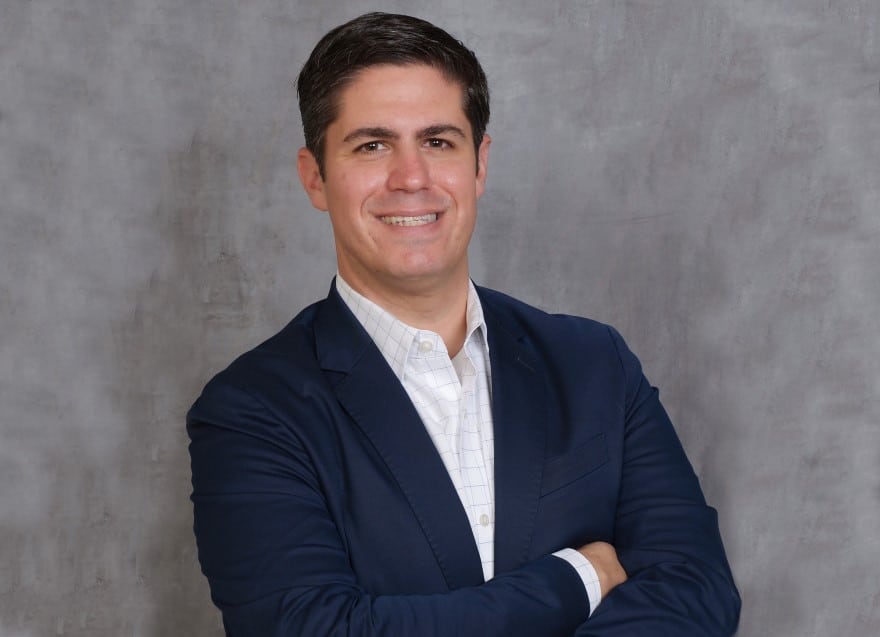 One of his primary goals: to increase Everspan’s footprint through license expansions and mergers and acquisitions. Additionally, he says it’s a team effort to identify worthy companies to partner with, applying his mix of legal and business acumen to build out operations—while setting up new systems and supporting negotiations.

“I’ve taken on this role before—to take an entrepreneurial startup from scratch and build it into a profitable enterprise,” Scott says. “I’m confident we can do it again, on a bigger platform, where the stakes are higher.”

On the licensing front, Scott says there are two ways to develop national capabilities: filing for new licenses, or acquiring a business that’s already licensed. As Scott explains, the first consideration for any acquisition is the type of licensing each potential target has—or lacks.

“Regulations vary from state-to-state,” Scott says. “The end-game for regulators everywhere, however, is to ensure that the insurance industry’s laws are followed to protect consumers in any jurisdiction, which are goals we share at Everspan.”

Regardless of how the platform is established, once it is up-and-running, the name of the game for companies like Everspan is efficiency.

“In the past, people would sit down with an agent, fax in their insurance application, receive their policy forms in mail and send a check. It was a pretty archaic process,” Scott says. “Everspan seeks to partner with third party administrators that make the customer experience as seamless and user-friendly as possible. We empower them by delivering financial security and adding value at every step of the process.”

While technology has moved the industry forward in many ways, Scott says one thing will never go out of style: face-to face contact with key constituents—even over Zoom.

“It’s that personal touch that earns credibility—especially with regulators,” Scott says. “Getting to know each other goes a long way. It makes the process engaging and fun.” 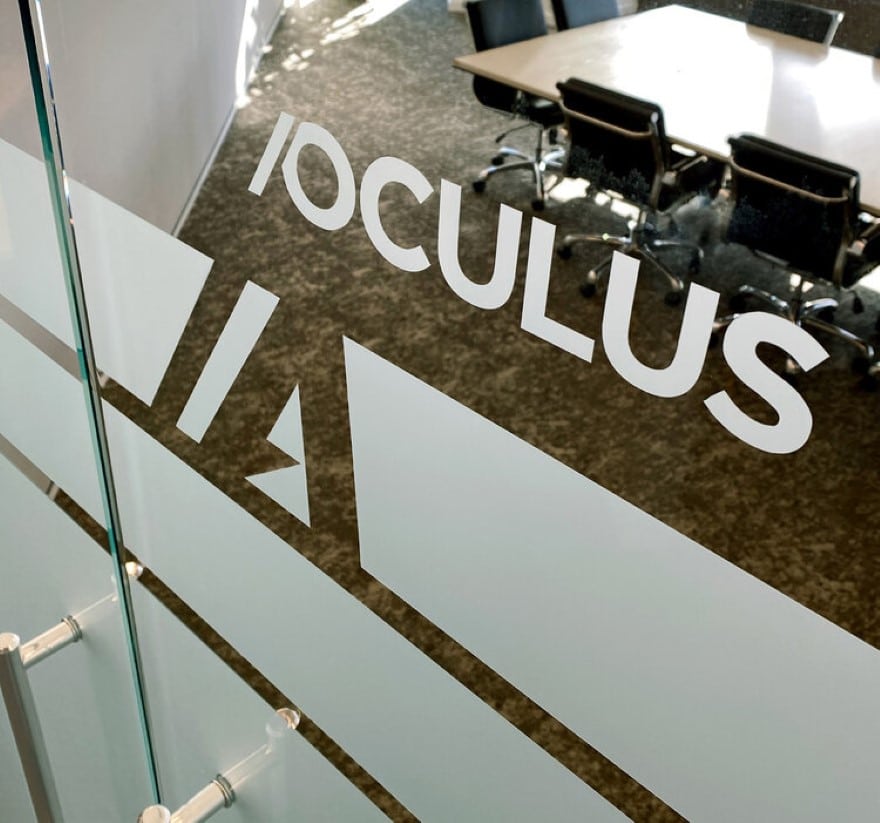 Just how far has Everspan gotten by taking a personalized approach in engaging with state officials? To date, Everspan has capabilities in more than 40 states and territories. The goal to be in all 50 states by the end of the year is well within reach, he says.

“By accelerating growth, the company will thrive on its ability to earn premiums by selling policies to consumers in different geographies to meet diverse product needs,” he says. “Balance and underwriting prudence yields profitability, which is our ultimate goal.”

To keep pace with its expansion efforts, another aspect of Scott’s job is internal operations: specifically, collaborating with the team to explore and develop new programs, while seeking to attract talent and retain existing employees by fostering a corporate culture grounded in transparency and congeniality.

His advice to his team and other coworkers? “Find a way to get things done.”

He continues: “It’s easy to look at licensing, for example, where there can be stringent regulations and the occasional bit of bureaucracy. The key is to never view a task as too daunting, or impossible. You can achieve anything with a positive attitude, humility, and a willingness to find acceptable compromises. I tell my team to just run at the target.”

If this Boston College graduate knows the intricacies of the insurance business, it’s because he’s spent more than a decade in the industry, gaining experience and picking up accolades along the way.

Starting in 2012, Scott joined global insurer QBE North America as an assistant general counsel. In 2015, he was listed in the Top 10 of the firm’s 5,000 employees in the North American reinsurer’s Global Recognition Program. 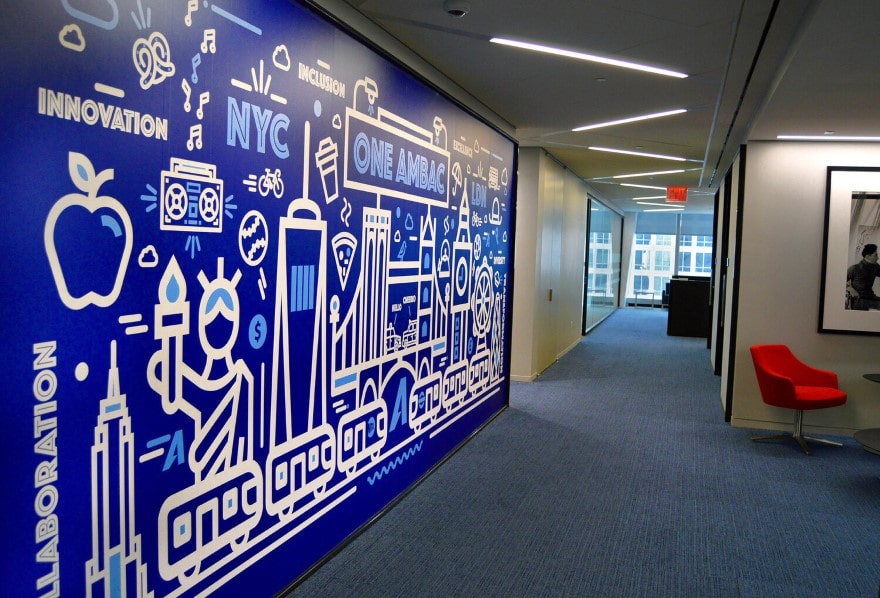 Several years later, Scott struck out on his own, joining five partners to found Spinnaker. There, he stewarded the development of a shell entity, building internally processes such as claims protocols, enterprise risk management, and getting licenses. Later, develop a successful exit strategy for shareholders when the company was acquired in 2020. Throughout the process, he managed the company’s legal and regulatory affairs, handled government relations, and oversaw in its claims unit.

Scott says mentors have been key to his success. They taught him the value of networking, to always treat people with respect and be authentic when conducting business, he says.

“They imparted their perspectives—born out of their life experiences—which prepared me the best for my role here,” Scott says.

As for the most rewarding aspects of his job, Scott says it’s the daily incremental gains—the accumulation of small wins—that brighten his day. A close second: when a colleague feels comfortable enough to solicit his advice early in the process.

“That means a lot,” Scott says. “Whether it’s moving a licensing application forward, or launching a new program, I find my reward by conquering the small threshold issues where you can really see the value—and fruits—of your labors.” 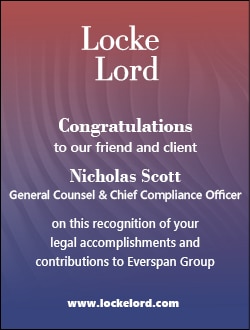 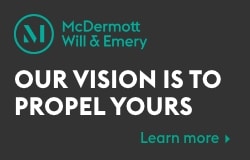