Using the law and helping supply the Armed Forces

With six branches, a nearly $1 trillion budget, more than 800 bases outside of the U.S. and about two million active and reserve troops, the U.S. Armed Forces is the largest military in the world.

When it needs help getting equipment and supplies, Nikki Williams and Atlantic Diving Supply are of service.

“It’s our job to make sure the right supplies get to the right people at the right place to keep our military ready,” says Williams, the company’s vice president of compliance and deputy general counsel. 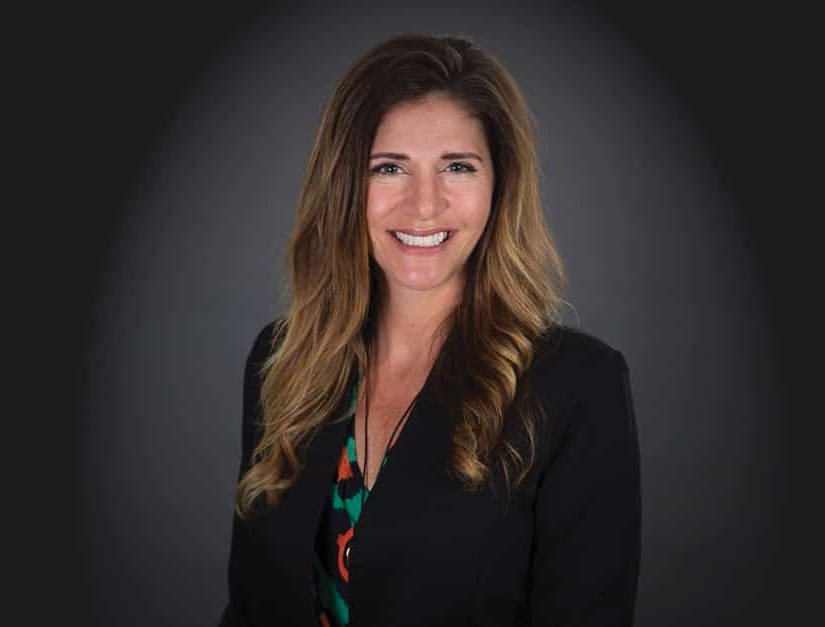 In her role at Atlantic Diving Supply, Williams handles government contracts, compliance and related training, and more. As the daughter of a retired colonel who served as a pilot in the Air Force, she says she chose this job because of the ability to give back and help the military.

“Growing up in the military community, I watched firsthand the sacrifices my dad and other military members made for their country, both at home and overseas,” Williams says. “Being part of a company whose sole mission is to give back to that community is very rewarding.”

Based in Virginia Beach, Atlantic Diving Supply was founded in 1997 and is one of the largest federal contractors. The company is a distributor for federal agencies including the Department of Defense and the Department of Homeland Security, supplying special operations equipment, fire equipment, boots, knives, tents, shelters, generators, holsters and more. Williams says Atlantic Diving Supply has a network of around 3,000 suppliers—and strong relationships with shipping companies to deliver quickly.

Because government contracts and policies are scrutinized, Williams says the company needs a strong compliance program. For instance, Atlantic Diving Supply has always had a gifting policy different from the federal government. The government rule allows accepting of a $20 gift for a meal and not more than $50 in a year. But Williams says it’s too hard to track, so Atlantic Diving Supply takes a more conservative approach and doesn’t allow any gifts.

During the height of the COVID-19 pandemic, however, salespeople couldn’t get on military bases to meet with contacts. So, the company created a short-term exception to its policy allowing salespeople to buy customer representatives a cup of coffee at cafes.

“It’s a little thing, but our salespeople were very excited to have that small amount of access and freedom again,” Williams says.

Being able to make decisions like these was the reason Williams was hired in 2017. With government contracts in the tens of billions and some spanning more than 10 years, the company needed her to design and implement a compliance program. She ensured the policies made sense, were easy to read and didn’t include legalese.

“We also had to make sure our employees understood the policies and understood the laws related to government contracts and our business,” Williams says. “Teaching why and when an employee would need to reach out to the legal department is an important part of our training.” 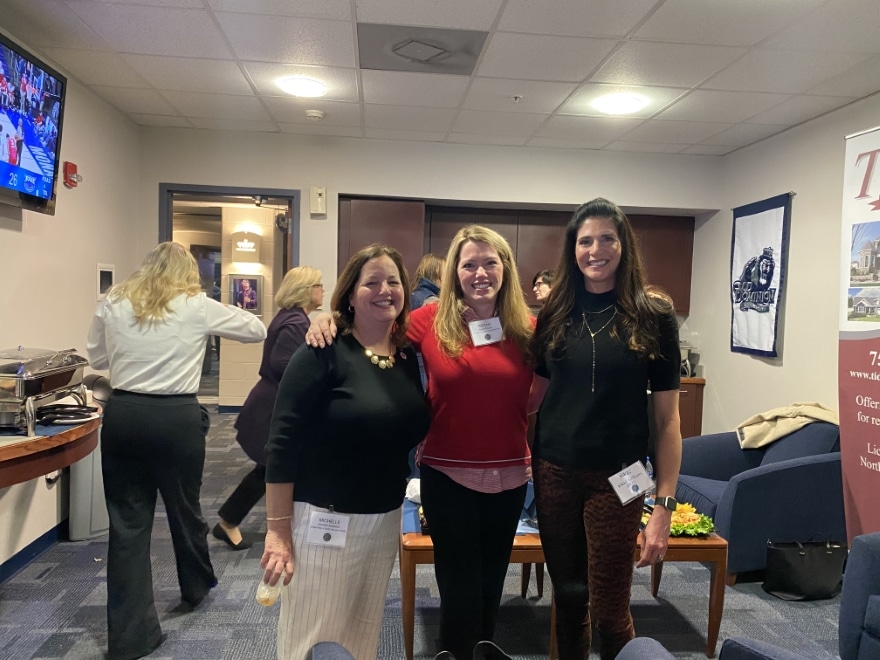 Soon after she started, Williams rolled out a standardized monthly training program. Called First Friday, it’s where employees learn about everything from the protocols for hiring an ex-government employee to how to protect sensitive customer information and data. Each training module can take between five and 20 minutes to complete and Williams says the trainings and lessons are constantly being updated.

“Training fatigue is a concern, but we have to train,” she says. “There’s a fine line between training and not burning out. It’s a balancing act.”

Williams was born in North Dakota but moved a lot growing up because of her father’s military service. She earned a degree in accounting from James Madison University in Virginia and says her best friend always had an interest in the law.

Her friend decided to take the Law School Admission Test, and Williams took it, too. She didn’t study, didn’t have any expectations and even forgot a pencil on test day, but decided to go to law school after learning that she had “aced the test.” She earned her law degree from the College of William & Mary Law School and thought she’d spend her career as a tax lawyer.

Williams spent two years as an associate for LeClair Ryan and 19 years as a shareholder for Williams Mullen in Virginia Beach. 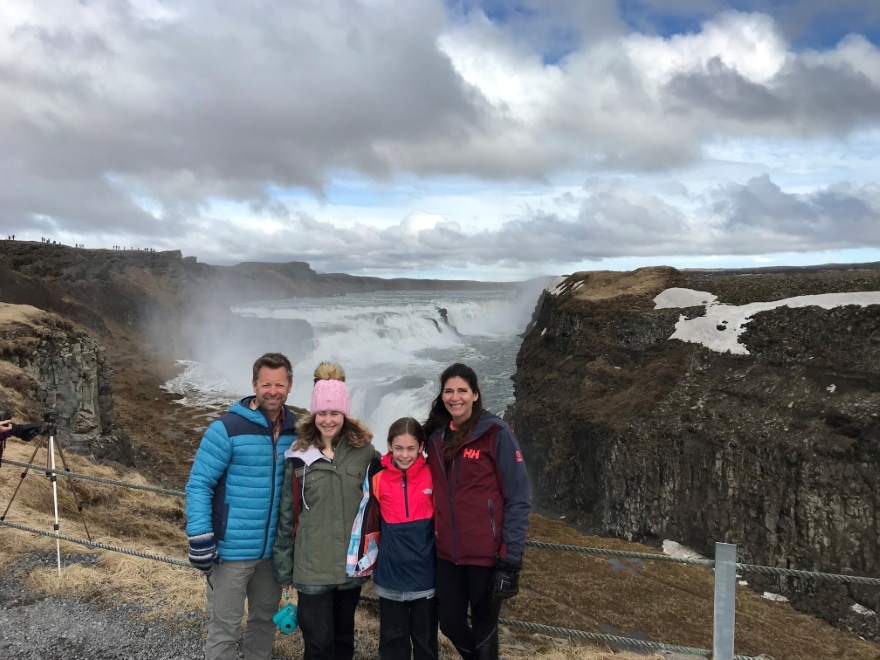 “I started as a tax lawyer and then moved to mergers and acquisitions, spending longer amounts of time working with clients,” she says. “I liked that, but I wanted more involvement with the businesses.”

She thought about moving to an in-house position for many years and joined Atlantic Diving Supply in 2017.

“I would now consider myself a generalist, because I can help out whenever a legal need comes up,” she says. “One minute you’re dealing with a complicated matter and the next you’re correcting a memo.”

Williams says she’s proud to honor her father’s military legacy by working with a company that supports the Armed Forces.

“My father was recently honored in the Congressional Record by one of our congressmen. It states that his commitment to the ideals that America stands for, his good citizenship, self-sacrifice and longevity of service are a testimony to all that is best about our country,” Williams says. “I’m honored to be part of a team who strives to serve those making those commitments.” 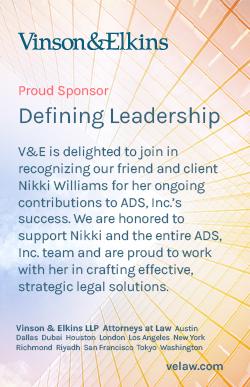 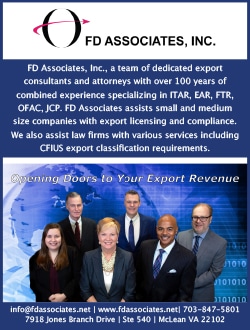 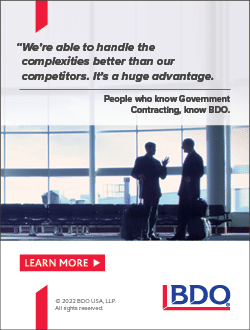