No one need remind Oyango A. Snell of the sensitive nature of his employer, headquartered in the bluest of states.

For common ground can be hard to find between the Western States Petroleum Association and the legislative and regulatory bodies in California, as well as the four other states where WSPA has a presence: Arizona, Nevada, Oregon and Washington.

But there must be space to come together and Snell, who since early 2017 has seemed as much diplomat as in-house legal boss of the nation’s oldest petroleum trade association, opts for a low-key approach while others may talk in sound bites. 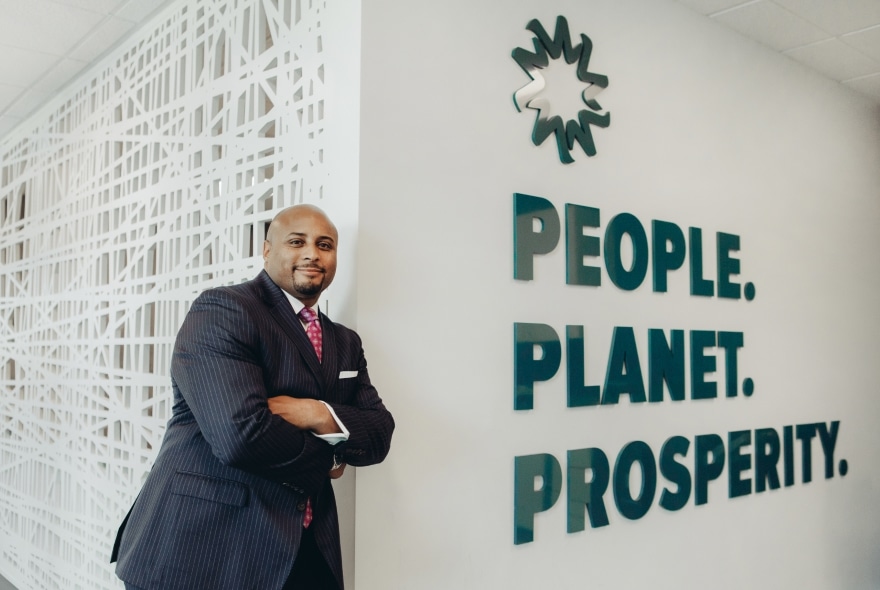 “I’m keeping my eyes and ears open and still learning the ropes about the energy industry,” the affable Snell tells Vanguard in April from his office in Sacramento. “I’m always talking to different people, not just those who represent the industry but those whose attitude toward it may be less favorable. Their perspective is also valuable as we go about strengthening our program and proving that we want to be the best corporate stewards.”

Maybe above all, Snell emphasizes that the trade association is not as anti-regulatory as it might be perceived. He wants it known that WSPA favors reasonable, well-designed market-based regulations that allow some latitude for creative compliance with state and national environmental laws, especially California’s, which are arguably the nation’s, if not the world’s, most stringent and entail a lot of gray areas.

Upon coming to WSPA as general counsel and corporate secretary, Snell found himself poring over the details of ambitious cap-and-trade legislation that went into effect last year with the intent of, come 2030, reducing greenhouse gas emissions to 40 percent of 1990 levels.

Lots of devils in those details, Snell muses. Maybe some angels too, with the need to mitigate global warming such a shared concern. Hence metric-ton targets for emissions of greenhouse gases, with utilities and other industries forced to buy permits either at auction or from less-polluting companies. 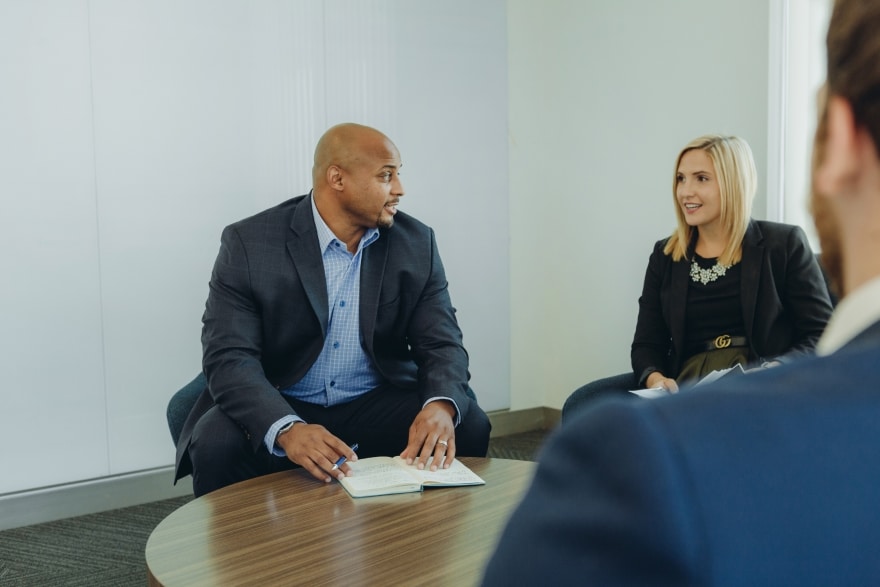 Over time, the number of permits will be reduced while the price increases, likely making compliance more challenging—and expensive—for those who release the most greenhouse gases. While Snell says WSPA and policymakers have forged a cooperative rather than adversarial relationship on this matter, he reminds that the regulatory implementation process is just getting underway and there are variables aplenty.

“We advocated our position and it was taken into account,” Snell says. “Again, we can support a reasonable, well-designed regulatory framework that’s market-based, predictable, cost-effective, reaches its goals and doesn’t pick winners and losers through subsidies. The industry sees it as a basically economically sound mechanism that’s better than some other proposals that were presented in California.”

Some of those “other proposals” include San Mateo and Marin counties and the city of Imperial Beach in San Diego County suing multiple oil companies and the American Petroleum Institute for allegedly intensifying climate change and causing sea levels to rise. Snell, in his understated way, acknowledges he’s monitoring the situation but, as a matter of policy, doesn’t comment on active climate change litigation.

All’s not quiet on western front

And he’s got a lot more to monitor on the lawmaking and regulatory fronts in those five states where WSPA is active. California’s legislative cycle is two years, and the new one is just getting underway. There will always be something pending regarding oil exploration, refining, transportation, delivery and use, he says.

Among matters of concern: the continuous legislative and regulatory demand for abandoning fossil fuels with no sustainable, viable alternative for energy needs. He also wants open, honest dialogue among environmental justice groups, industry, non-governmental organizations, representatives of the petroleum industry, policymakers and consumers.

Cost containment remains a key concern regarding the influx of new climate policy initiatives and the expense of implementing existing policies, which can be viewed as direct and indirect tax schemes. WSPA President Catherine Reheis-Boyd is quick to explain that California’s energy industry is already one of the nation’s highest taxed, adding $42 billion to local, state and federal coffers.

With so many issues facing the petroleum industry, particularly in California, Snell looks for experienced, sound legal guidance from various outside law firm representatives. One of those trusted advisers is Shannon S. Broome, managing partner of the San Francisco office of Hunton Andrews Kurth and well-versed in such matters involving environmental compliance, emergency response to accidental releases and climate change.

“Law firms like Hunton are always a top contender because you don’t just get a legal memo in response to a legal inquiry, but rather a partner in exploring and developing legal, legislative and regulatory solutions coupled with advocacy strategies and a defined scope of successful pathways,” he says. “With Hunton, you get a winning team-based approach that is highly respected.”

Meanwhile in Nevada, Snell hopes efforts to ban hydraulic fracturing will fail, as they did in 2017. The state produces just a modest amount of natural gas, relying mostly on out-of-state supplies.

In Oregon, WSPA would rather see a cap-and-trade solution instead of the so-called Clean Fuels Program that requires fuel providers to meet gradually declining carbon-intensity targets, the consequences of which include restrictions on out-of-state fuels and thus higher prices for consumers.

And in Washington State, WSPA deems the Clean Air Rule, which requires such industries as refineries and fuel distributors to cap carbon emissions, tantamount to regulatory overreach because it was mandated by the state Department of Ecology rather than the state Legislature. Furthermore, WSPA maintains that Washington’s air quality is clean enough and doesn’t require draconian measures.

So there’ll continue to be much to keep Snell’s eyes open and ears to the ground. Even when you win legislatively, you must still keep an eye on the ensuing enforcement and regulations, he reminds. It’s a process that never really ends.

But this is still the kind of law the married father of two boys prefers to practice, though at one time it seemed improbable.

Today, Snell can laugh about how he might have been incorrigible as a junior-high school student in Chicago, but how things changed for the better when, instead of sending him to the principal’s office, a teacher sent the then sixth-grader to the library. There the library teacher, Ora Chamberlain, handed him W.E.B. Du Bois’ African-American classic, “The Souls of Black Folk,” as well as works by Booker T. Washington and Jamaican-born political leader and author Marcus Garvey Jr.

After a review of these literary works, Snell was assigned to lead the sixth-grade debate team. That created a spark in the precocious youngster, producing an interest in law and politics. He found further inspiration from his community-minded mother as well as Harold Washington, who would become the Windy City’s first African-American mayor. 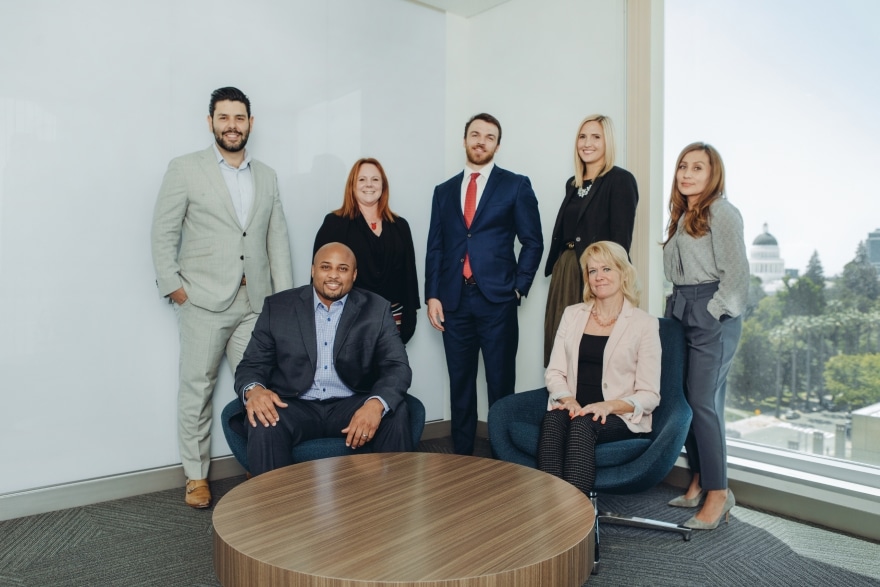 As a Central State University political science major at a time when the historically black school in Wilberforce, Ohio, nearly closed, Snell put his burgeoning advocacy skills to use. He organized fellow students who lobbied the state’s lawmakers for sufficient funding. He’d go on to earn an MBA at Franklin University in 2001 and a juris doctorate from The Ohio State University Moritz College of Law in 2005.

Snell’s interest in politics only intensifying, he’d cut his legal teeth as legislative counsel at one of Ohio’s most prominent firms, Bricker & Eckler, from 2005 to 2008. He’d direct legislative and governmental affairs for the Ohio Consumers’ Council for the next year and mount an unsuccessful campaign in 2010 for the state Senate.

Unfazed by a third-place finish in the Democratic primary, he’d serve as elections counsel for the Ohio secretary of state, then hang his own shingle in Columbus with a practice serving small, minority and women-owned businesses from 2009 to 2011.

He’d spend the next five years in Washington, D.C., providing advocacy services before state legislative and executive branches on behalf of the Property Casualty Insurers Association of America’s members in Delaware, Georgia, Maryland and the Carolinas. Snell was contacted by a recruiter and learned of the WSPA opportunity through LinkedIn, and though he had no experience in the energy industry, he reckons he said the right things while being interviewed.

“I told them my goal wasn’t just to be the kind of lawyer who would tell them what they could and could not do, but to be a business partner,” Snell says. “To understand the industry we operate in, and its impact on the communities served. To help foster a corporate conscience.”

After an early interaction between Snell and the Hunton firm, Broome could see that even if he were new to the industry, he fit right in.

“If he hadn’t told you, you’d never have guessed that he was new to the industry,” she says. “He was offering insights and asking questions I’d expect of a seasoned oil and gas attorney.”

And how Snell relishes the challenge of advocating for a critical industry, albeit one that’s often used as a political punching bag. Like it or not, he reminds, the need for oil and natural gas will remain high, and WSPA should be regarded as the constituent it is.

“You can’t just pound the table and say ‘get tough on Big Oil,’” Snell says. “You can’t just put something on the books that’ll put a company out of business. Jobs and the economy are at stake. There’s got to be a collaborative process.” 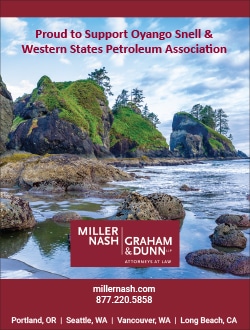 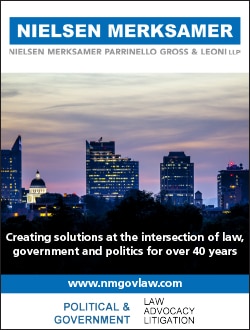 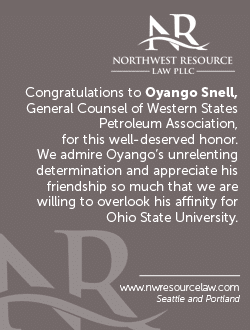 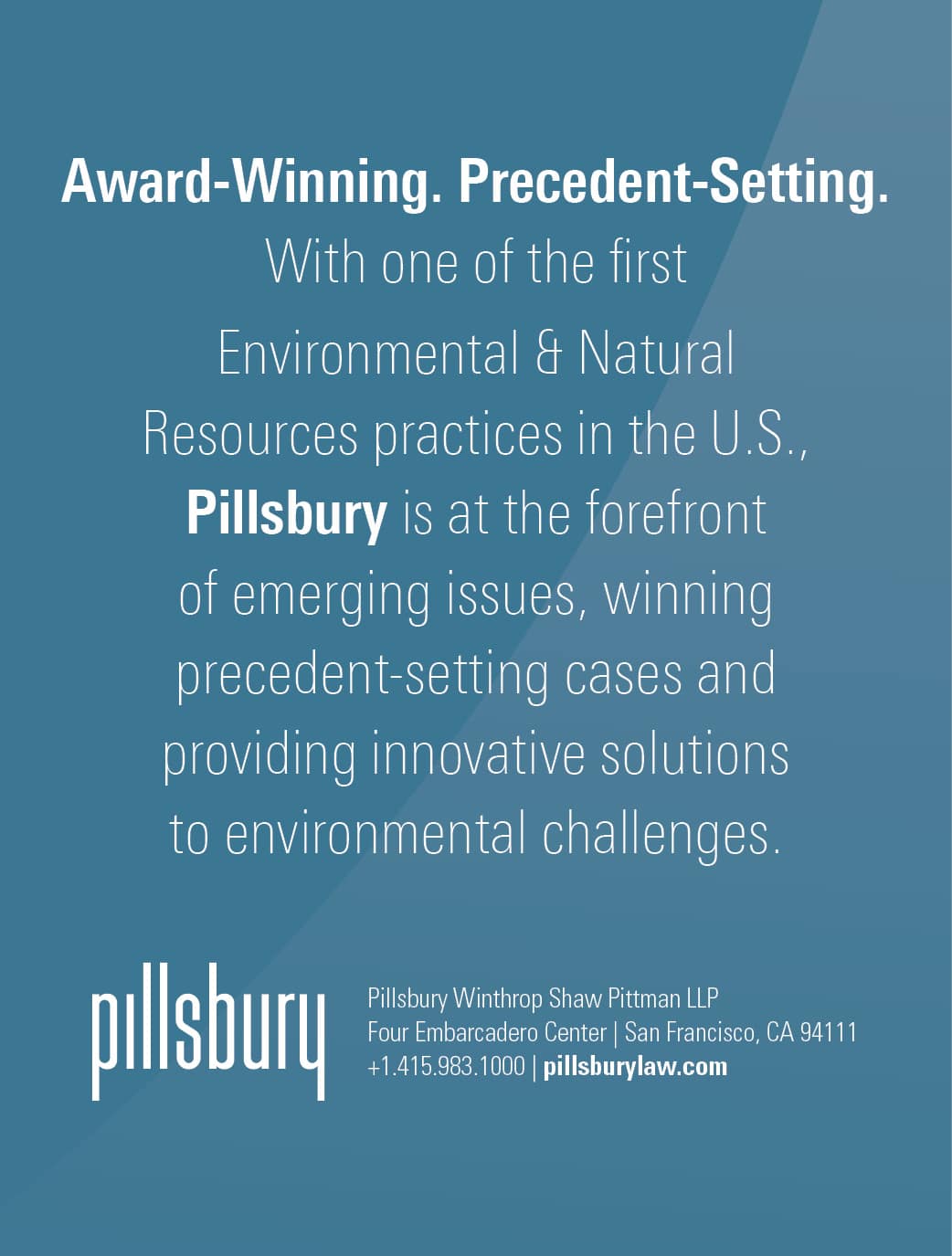 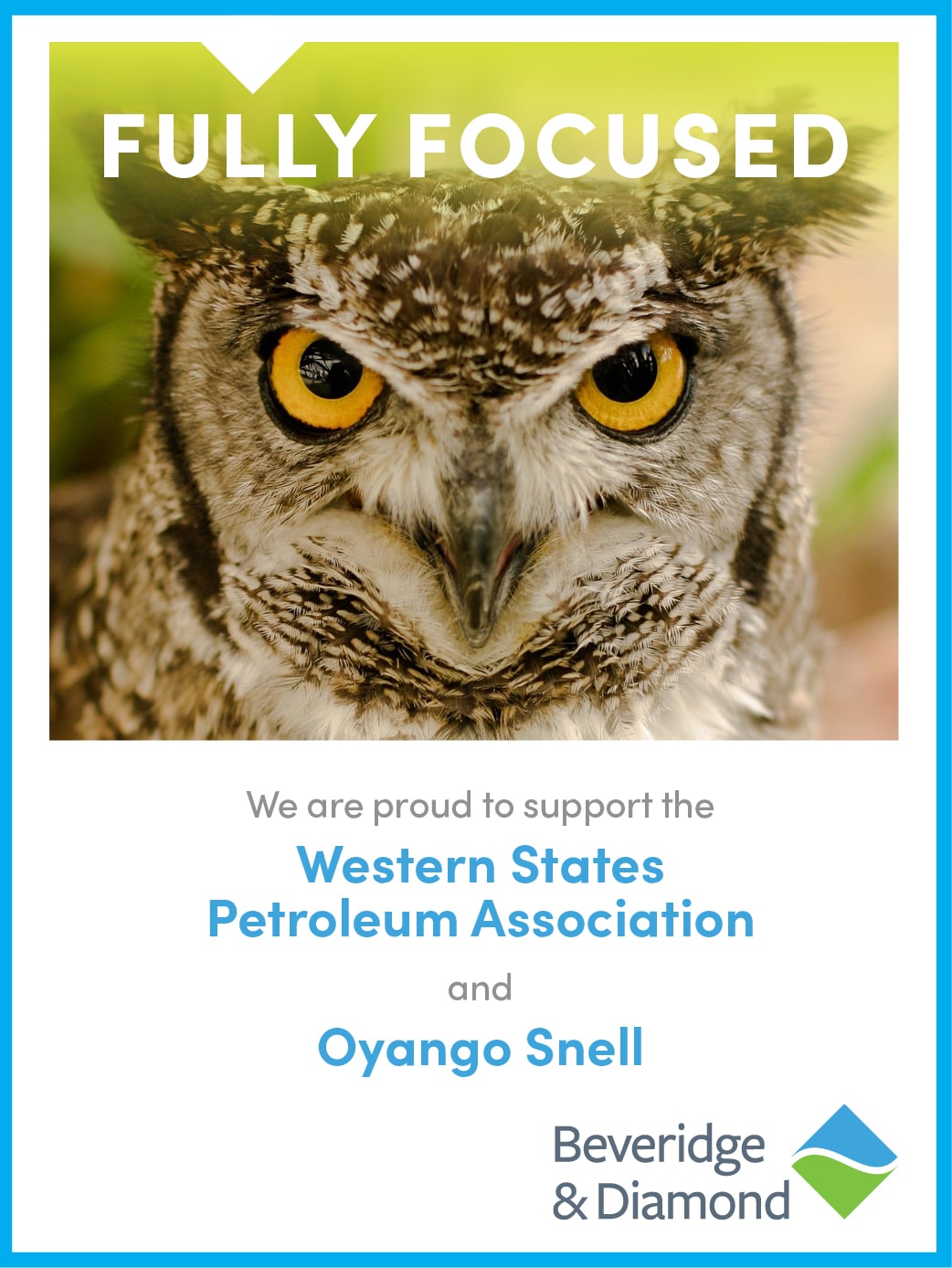 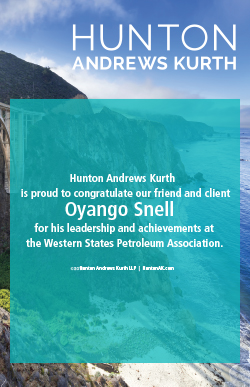