They could take the prize

Tough competition notwithstanding, Philip Kirkpatrick can make a strong case as to why the company he now serves as regional general counsel may deserve a much coveted award this spring.

For the Association of Corporate Counsel annually fields nominations from company legal departments that have distinguished themselves by smarts and innovation. Lawyers being a very creative bunch to begin with, the possibilities for an ACC Value Champion citation can be endless and all-impressive, and Rabobank North America could take pride in simply reaching the final round. 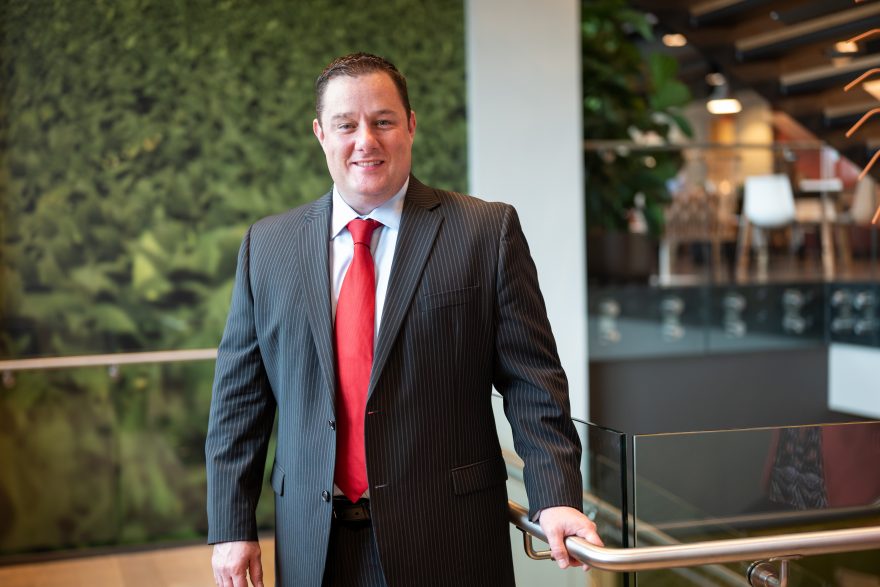 But that wouldn’t be enough to satisfy Kirkpatrick and his colleagues. Indeed, few contestants might be able to boast what the folks at Rabobank have accomplished since the spring of 2016. Mainly, a 10 percent savings in legal costs and a 167 percent faster turnaround in initial loan reviews for a very vulnerable and critical sector of the Midwest economy—the agricultural industry.

Just one-and-a-half days—down from four—may now pass before most such applicants get an answer, and as many a farmer will tell you, time is indeed money when it comes to putting another season’s promise in the ground.

“We’re unique in how we’ve been able to leverage metrics into greater efficiency,” Kirkpatrick tells Vanguard in late March, shortly after notification that Rabobank has been named a finalist in the national competition. “Our model’s one that will be copied.”

Thompson Coburn on the team

Not that Rabobank has done it alone. Like many financial operations, the St. Louis-based affiliate of a Netherlands-headquartered multinational banking heavyweight was beset by the kind of high legal overhead that’s typical in such complex operations. Outsourcing seemed to have potential for cost-savings and other efficiencies.

Prior to his promotion to overall North America legal boss last November, Kirkpatrick had served as senior deputy general counsel of one of the corporate’s entities, the $10 billion-plus agricultural lender Rabo AgriFinance, which was due for streamlining.

Kirkpatrick and his colleagues didn’t have far to look for assistance. The St. Louis office of the Thompson Coburn law firm, where Kirkpatrick had cut his legal teeth following his 2002 graduation from Syracuse University College of Law, offered an info-tech department well-versed in developing custom applications that could enhance a company’s  ability to serve its own clients.

Since contracted under a monthly fee that includes the services of two Thompson Coburn lawyers working at Rabo AgriFinance’s headquarters, the company’s overall operations have been significantly enhanced, especially at peak demand periods such as the planting season.

The partnership continues, with Kirkpatrick eager to cite its other advantages.

Thompson Coburn and Rabo AgriFinance have a value scorecard that’s reviewed and adjusted regularly, allowing the latter to ensure that the law firm is proving its worth by delivering against expectations. Leaders from each entity meet regularly to ensure smooth operations and generate monthly reports to evaluate the process using what baseball folks might call an inning-by-inning review.

The box scores have shown a long winning streak, Kirkpatrick says, with Rabo AgriFinance’s clients among the benefactors. As far as a Value Champion award goes, that’ll be the call of the Association of Corporate Counsel. Kirkpatrick may have a waiting game on his hands.

It just might be the only waiting Kirkpatrick does, for he’s been a go-getter all his professional life.

Asked what drove him to the legal profession, Kirkpatrick credits the principle of just giving back. He knew early on that he’d be conflicted as a defense attorney, so he opted for the commercial and transactional sides of the profession.

Liking it more and more, Kirkpatrick enhanced his credentials with an MBA from the University of Missouri at St. Louis in 2008, and held in-house positions at Maverick Tube Corp. and a couple of paper and packaging companies, Rock-Tenn Co. and Bunzl, before coming to Rabo AgriFinance in 2013.

“Being a business partner is exciting,” says the 42-year-old married father of three young boys. “But it was good for me to begin work on the cutting edge of a big firm (Thompson Coburn) where I had the opportunity to learn law and customer service.

“A few years into it, I realized I wanted to understand business better, so I went back to school for my MBA. I wanted to deliver for business on the legal side.”

Kirkpatrick oversees a legal team of about 35 and takes pride in the parent company’s involvement in goodwill pursuits that include “Kickstart Food,” a global program in partnership with United Nations Environment, to fast-forward the transition to sustainable food production. Among the early steps will be the launch of a $1 billion facility to initiate land restoration and forest protection initiatives.

Closer to home, Kirkpatrick stays active with various community programs, including the Heat Up and Cool Down St. Louis programs, which assist low-income households as well as the elderly and disabled in covering the utility costs necessary to stay comfortable in an area prone to extreme winters and summers.

He’s also spent time on the board of the Edgewood Children’s Center, which has now merged with another organization, and United Way, and volunteers for various programs sponsored by area bar associations. He recently became a Fellow in the very selective American College of Mortgage Attorneys.

While St. Louis is home, Kirkpatrick spends a fair amount of time in New York City where Rabobank provides long-term debt management and bridge-financing, as well as support services for agricultural commodities.

Though a self-described data man—and his success in efficiencies and cost-cutting bear him out—Kirkpatrick acknowledges that a general counsel doesn’t go by numbers alone.

With Rabobank’s customers benefiting from a streamlined loan process, they’ve cause to be happy. All the more reason for the Association of Corporate Counsel to take notice when mulling those prestigious awards. 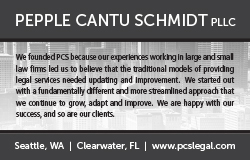 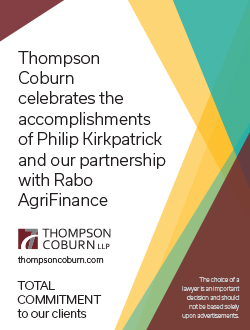