For an attorney, resilience is best learned outside the classroom

Long before becoming chief legal officer, general counsel and senior vice president of legal at the central nonprofit agency SourceAmerica, which creates employment opportunities for persons with significant disabilities and is based in Washington D.C., Raquel Tamez went through the ringer at St. Mary’s University School of Law in San Antonio, Texas, and before that, the University of Texas at Austin.

But while she sees the value in traditional education, she says her real training happened elsewhere. 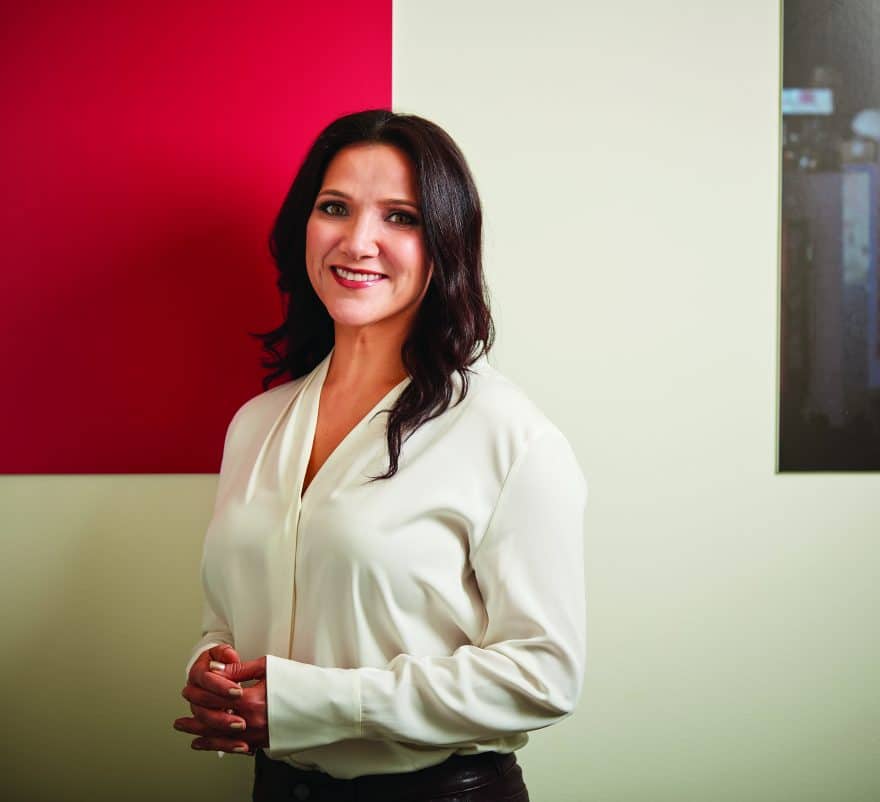 “I’m glad I was able to get such a good education. I’m fortunate really, but I believe my experiences with my family and friends, my successes and my failures at different companies and learning from those and being able to draw upon them … that is the education that I think is the most important,” she says.

Tamez says one of the most important lessons is resilience, which she honed at an early age as the youngest of six in the district of Houston, Texas, known as Northside, where residents are predominantly diverse minorities.

Her parents were both Mexican immigrants, and her father spent his youth working as a migrant farm worker before the pair of them immigrated to the states.

Tamez was an inquisitive child, and remembers constantly asking her father, who by then had worked his way up to management at a dental laboratory, questions about how the world worked.

She also remembers certain answers she could not accept.

As the youngest daughter of six, she was also expected to marry like the rest of her sisters. But even when Tamez looked at her sister’s happy marriages and their children, she knew she wanted more.

This determination to be self-reliant, combined with the need to fight injustice, motivated Tamez to fight for her education.

Although her parents were very supportive of her dreams, they did not have the money to send her to a four-year university. So Tamez worked hard to find academic scholarships, eventually receiving a full ride to attend the University of Texas at Austin.

A year after graduating with her degree in government studies, business and Spanish, Tamez was accepted to study law at St. Mary’s University School of Law in St. Antonio, Texas.

During law school, Tamez says her parents, in particular her father, continued to offer emotional support to make up for what they could not give financially.

“Every conversation I had with my father always ended the same, ‘We are always here for you. Try not to worry about money. We will figure it out if we have to. Focus on your studies,’” she says. “I think he was always a little apprehensive and a little scared for me, taking care of myself, on my own in a new city.”

But after Tamez graduated from St. Mary’s in 1998, and got her first job as a trial attorney and prosecutor for the Solicitor’s Office, Region VI of the U.S. Department of Labor in Dallas, Texas, she says the conversations with her father changed.

Instead, before they hung up the phone, her father would remind her: “Always follow your dreams.”

“Even to this day, my father tells me this. No doubt, I owe the foundation of who I am as a person and my success in life to my parents, and especially my father, who always made me feel invincible. And still does,” she says.

For the next 12 years, Tamez continued to live in Dallas, rounding out her education in law by working for companies in multiple industries. She was in-house counsel for Mary Kay Inc. and vice president and corporate counsel for ACS Inc., a Xerox company.

In these in-house counsel roles, Tamez says she relished the opportunity to serve as a trusted business advisor by empowering internal business clients to make sound business decisions and take calculated risks.

In 2010, Tamez relocated to the Washington D.C. area to take up the post of deputy general counsel responsible for global litigation and E-discovery for CSC, a global IT service and solution provider.

In the four years she worked there, Tamez says her boss and mentor, the executive vice president and general counsel for the company, “had aspirations for me that I didn’t even see for myself.”

But in 2014, due to business decisions unrelated to the legal team, Tamez’s position was eliminated.

“It was a very scary and unsettling time for me,” she says.

But Tamez viewed the experience as a test to her resilience. This was an opportunity to be flexible in her career and to learn how to “be courageous even when you may not feel brave,” she says.

The experience also gave her an opportunity to examine where her career was heading.

Right after the news broke, a friend put Tamez in touch with a recruiter, whose immediate first question was, “Ok, what do you want to do?”

“I had to pause for a second because for five years I was doing very well, but upon reflection I felt like I was just going through the motions,” Tamez says. But after being asked that question, she realized she wanted a role that would eventually help her become general counsel for a public company, and to do that she would need experience working with the “C-suite” and boards of directors.

Within a week, the recruiter returned with the position of interim chief ethics and compliance officer for SourceAmerica.

Tamez says at first she was hesitant to work for a nonprofit, especially given her background managing the global litigation for a Fortune 150 company.

But as she researched the position, she became intrigued by the nonprofit’s mission of creating meaningful employment opportunities for people with significant disabilities.

SourceAmerica is one of two central nonprofit agencies (CNA) designated to support the U.S. AbilityOne Commission, a federal government agency responsible for a federal procurement program enacted by the Wagner O’Day Act in the 1930s to provide employment opportunities for the blind and, after it was amended in 1971, for persons with significant disabilities.

As a CNA, SourceAmerica supports approximately 500 nonprofit agencies in the AbilityOne Program network by providing federal government contract management support services; training; legislative guidance; marketing and financial support, as well as helping them comply with the Program’s many regulations.

Tamez joined SourceAmerica in 2014, and in the first six months of her leadership, SourceAmerica’s legal team went from a one-woman department to a team of approximately 30 full-time employees from various backgrounds and disciplines who oversee multiple functions.

As a leader, Tamez tries to pass along the many lessons she has learned from her own experiences.

“When I strategize with my team, and especially when I want to motivate them, I always talk about the importance of striving for and delivering excellence—always, no matter what. Even when you fail—and you will fail from time to time—it’s crucial to remember that those failures don’t define you. How you respond to them does,” she says. “Because, at the end of the day, it’s all about resilience in the pursuit of your dreams and aspirations.”