In 1963, John Cannistraro had $1,500 in his pocket and his wife Rita’s support. He needed both to open a small plumbing shop in Boston, Massachusetts.

More than a half a century later, his family-owned business has become one of the state’s largest providers of industrial mechanical construction solutions, from plumbing and construction to 3D laser scanning.

When Regina McGregor joined the company in 2017 as general counsel and vice president of corporate services, her background in administration, business and law made for a seamless transition. Creating new internal initiatives, however, quickly proved the most rewarding work. 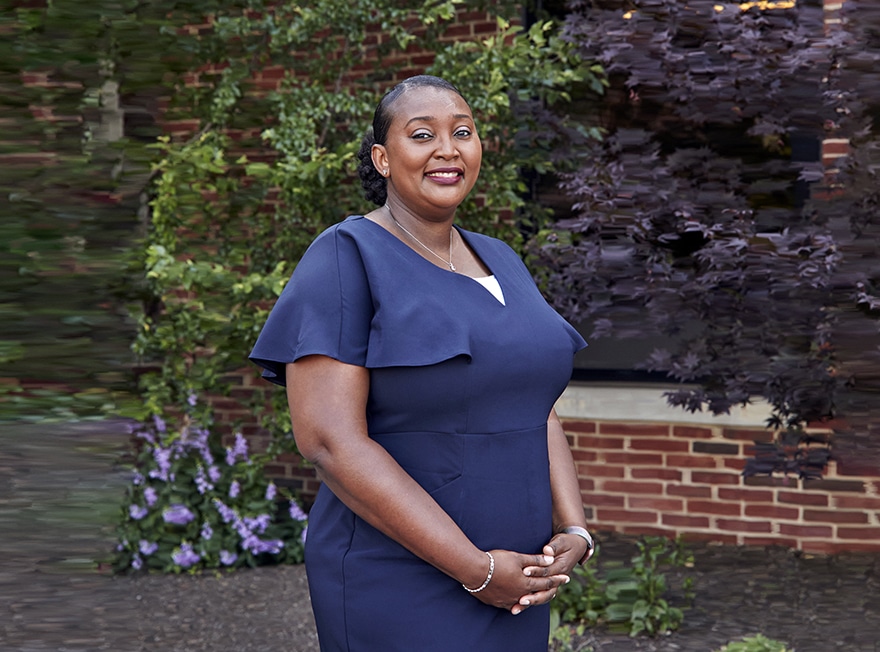 For instance, in early June 2021, McGregor, along with a few managers, started a diversity and inclusion group. The goal, she says, is to create an inclusive environment where everyone can thrive regardless of their background. This encouraged engagement in a broader global conversation, such as looking at how other companies across the world are embracing D&I.

“My role here is a culmination of working in various fields from a litigator at the U.S. Department of Housing then to a real estate closer for multifamily low-income housing,” McGregor says. “D&I means attracting exceptional talent. While I somewhat accidentally fell into the construction field, I’m helping Cannistraro make sure others join purposefully.”

Whatever the project, McGregor says she’s the liaison between the three brothers who own and key staffers. In the past, the VP of technology solutions may have gone to one executive to approve a project, while the VP of HVAC piping and sheeting solutions went to another. This caused confusion when determining funding and scheduling for future projects, she says.

“I created one bridge between the management and the executive team,” McGregor recalls. “We’d sit together—six or seven of us—and come to solutions and decisions as one.”

She wanted to improve all internal communication, however, not just at the top. The company intranet became an essential tool in accomplishing this task.

Partnering with the IT department, McGregor started working on revamping the tool in 2019. Last year, Cannistraro relaunched its intranet, allowing employees to more easily access internal communications, directories and legal documents, like those relating to state laws. 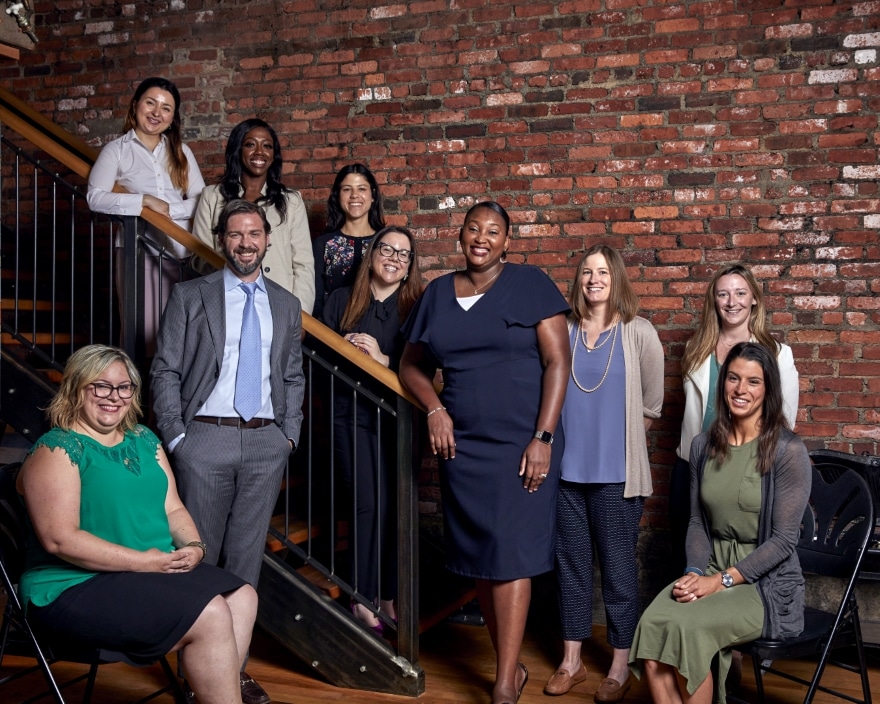 In addition, each operations team, like HR, now has a dedicated page. COVID-19 delayed progress a bit, but soon the intranet will include more resources and team pages. Meanwhile, Cannistraro has been adding to the platform’s quick links—holiday schedules, legal contract review forms and internal opportunities for charitable contribution, among others.

To ensure internal staff use the tool, McGregor partnered with marketing to launch an internal campaign that would encourage employees to access the platform. That included a weekly trivia contest where the winner would receive a $10 coffee card.

McGregor’s goal was to connect all Cannistraro employees, including those on jobsites.

“Foremen, for instance, may not have tablets like project managers in the field, but everyone has their phones,” McGregor explains. “They can now easily access information about corporate events and team exercises. This helps build a bridge between corporate and field operations.”

Down to brass tacks

She’s also working to bridge others gaps between human resources, corporate development and training. Working closely with others on the executive team, McGregor helped develop Cannistraro Academy. In Fall 2020, she—along with the senior vice president of construction and a newly hired learning and development manager—began the new training and development program. 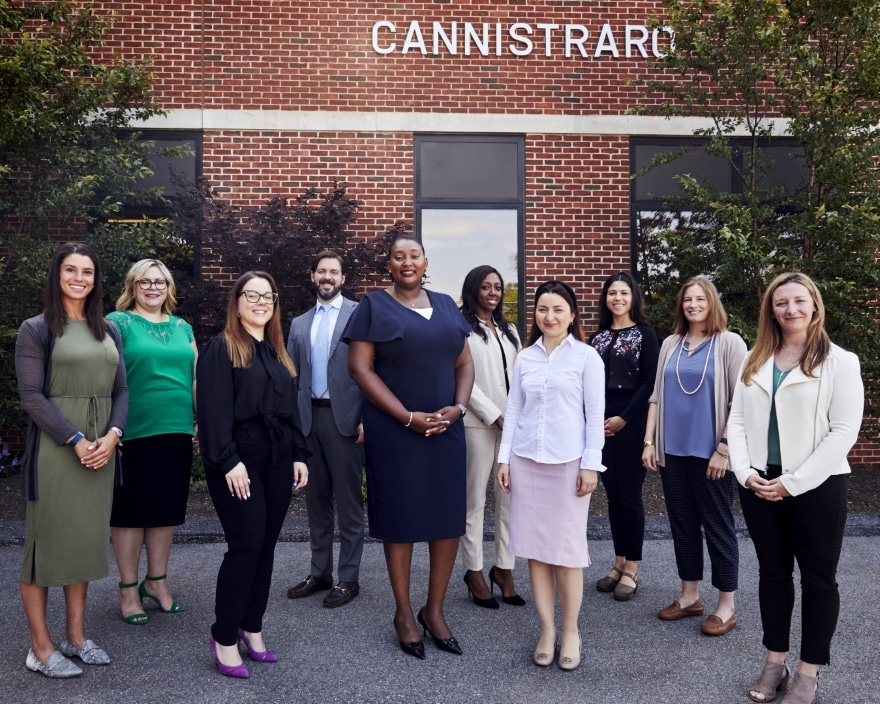 The initiative will allow employees, no matter their position, to see which career paths they could follow. According to McGregor, the idea is that, if they complete a certain number of classes, they will take on a certain role in the company.

“We’ve used digital tools like LinkedIn learning to keep the program running during the pandemic,” McGregor explains. “We want to launch a virtual lunch and learn soon. The point is not only for people to feel connected to each other but see a clear path they can take to constantly grow in their careers.”

Although McGregor is helping smooth the path for others, she doesn’t mind working hard.

She started her freshman year of college when most of her peers were earning their drivers’ licenses. At age 20, she’d graduated from Brooklyn College with a bachelor’s degree in political science—a fitting choice given her background and passion.  Four years later, she walked out of Boston College with both a J.D. and M.B.A. in hand.

Despite her accomplishments, she says peers sometimes expect less from her due to preconceived notions about women—especially of color. For instance, when a publication published a feature article about her, many former colleagues seemed surprised. The most common response, according to McGregor?

They had a surprised look while saying, “Wow, you’re really smart,” she says with a laugh. 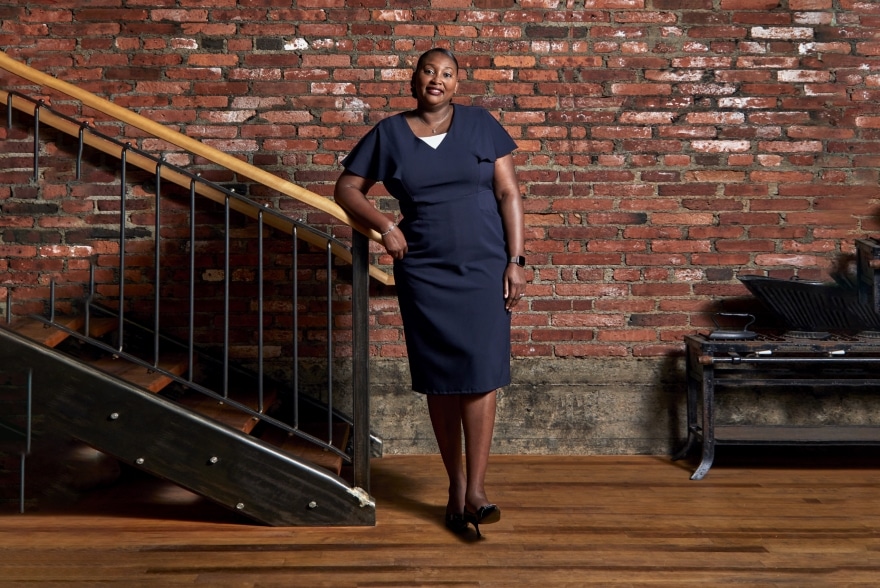 “I am a certified international construction risk insurance specialist; I manage risk,” McGregor says, “so I could not stand aside when I saw our youth and future generations missing out on leveraging the opportunities available to them. All they need is some guidance without judgement.”