At about 6 inches long and maybe 1 1/2 inches wide, it gets lost behind seat cushions, and whoever controls it can disrupt household harmony. It’s the portal to a weekend of binge-watching on Netflix or the big game you’ve been waiting for all week. 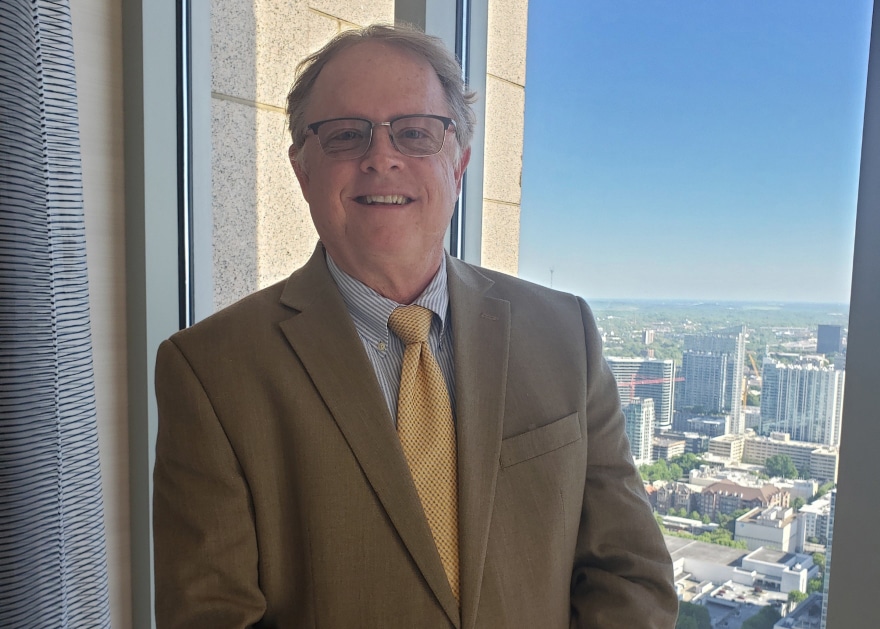 Richard A. Firehammer Jr. can’t resolve disputes about who controls the remote, but as senior vice president, general counsel and secretary for Universal Electronics Inc., he ensures the company’s technology is protected around the world.

“When you’re watching TV, the device you’re holding is likely to have our technology in it or we manufactured it,” Firehammer says. “Our legal department is really a support group. We’re there to help achieve the business goals of our varied internal clients—sales, operations, engineering, product development, etc.”

Universal Electronics was founded in 1986, a time when TV was expanding from cable and over-the-air networks to add in VCRs. From its inception, the company has made its remote controls with microchips that merge systems and devices for home entertainment.

Headquartered in Scottsdale, Arizona, UEI also has regional headquarters in Hong Kong and Enschede, Netherlands. The company employs more than 3,800 people worldwide, including at manufacturing facilities in China, Brazil and Mexico. There are also 10 R&D sites.

Since joining UEI shortly after it went public in 1993, Firehammer has helped patent its innovations. He’s also helped protect them outside the U.S. 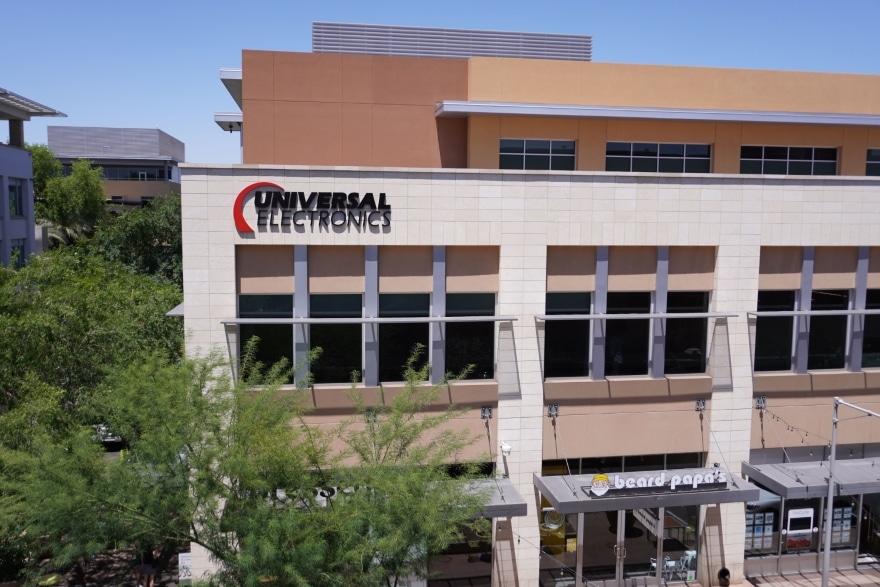 “We pride ourselves on being the innovator,” he says. “With that, of course, you protect that technology through a variety of means.”

One of those means is through the use of the Patent Cooperation Treaty. Just because something is patented in the U.S. does not mean it will automatically be protected in other nations. The treaty allows a company or an individual to file for patents in other nations using the date they filed for the one in the U.S.

“While UEI prosecutes a U.S. patent, we also file for patent protection in other countries based on many factors,” Firehammer explains.

Those include where UEI will be licensing its technology and selling its products as well as where competitors might try to infringe on their innovations. Germany, France, the United Kingdom and Italy are among automatic choices, he adds.

Beyond patent protections, Firehammer and his legal staff guide UEI’s compliance with laws, including the U.S. Foreign Corrupt Practices Act and other anti-corruption and anti-bribery acts, where it operates.

“We have a robust anti-corruption and anti-bribery program,” he says. “All companies should have them, and we have periodic training to remind people of the ‘thou shalt nots.’”

Because UEI has built its production facilities in Brazil and Mexico, Firehammer says it’s been easier to establish compliance programs as opposed to training employees of acquired businesses, as they’re often set in their ways of doing things.

UEI is also growing its business serving the hospitality industry, Firehammer says. For instance, it makes smart thermostats that sense when a room is occupied and can save money and energy. The company is also offering remote controls with antimicrobial properties, which hotels find intriguing, he adds. 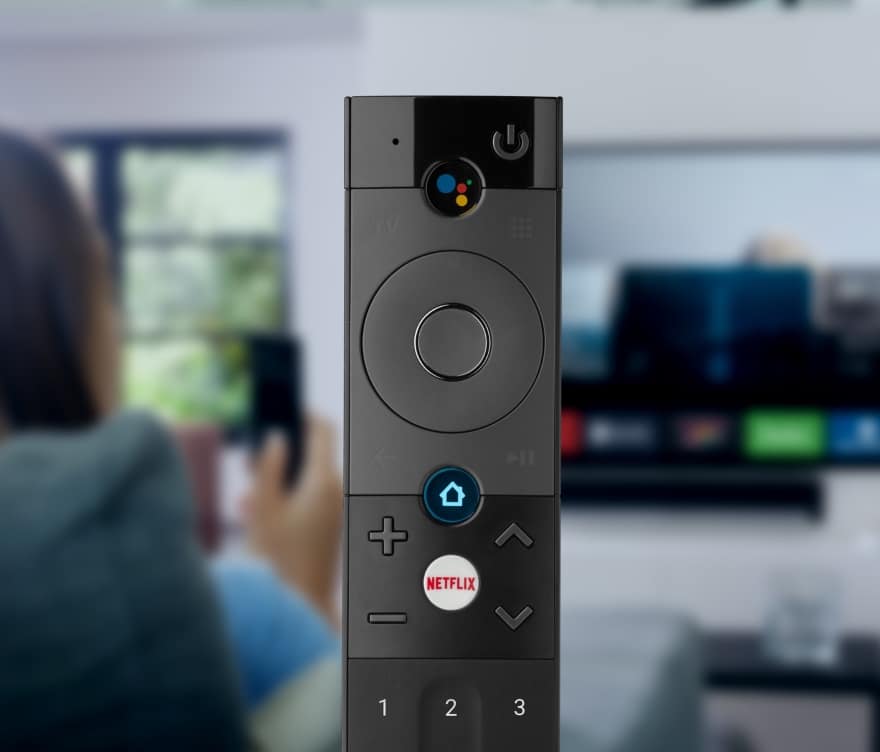 When COVID-19 arrived in spring 2020, Firehammer says cable and satellite service providers found it difficult to send technicians to homes to set up and program new systems. Typically, it would take a technician an hour to do this.

Now, UEI’s QuickSet technologies can be used in placed of technicians. They recognize the hardware and systems inside a home, making it easy to for customers to set up devices themselves.

As its products permeate the home entertainment industry, UEI has also enjoyed its own red-carpet moment. In 2017, the company was awarded the Technology & Engineering Emmy Award from the National Academy of Television Arts & Sciences.

The award, presented in 2018 at the National Association of Broadcasters conference in Las Vegas, was shared with Comcast, Apple TV and Nuance Dragon TV for contributions to voice control technologies.

“It was an honor just to be nominated, and we were pleased to be included as a recipient,” Firehammer adds. “We have the Emmy award in our headquarters and it’s pretty cool to see it.”

From ledger to legal

He’s an attorney working with global issues and regulations, but Firehammer also calls himself a “Midwest mutt.”

Born in Rockford, Illinois, he moved to cities in Wisconsin and then to Michigan as a boy before graduating from high school in Indianapolis. He earned his bachelor’s in accounting from Indiana University and stayed in the Hoosier State as a certified public accountant, beginning in 1979. 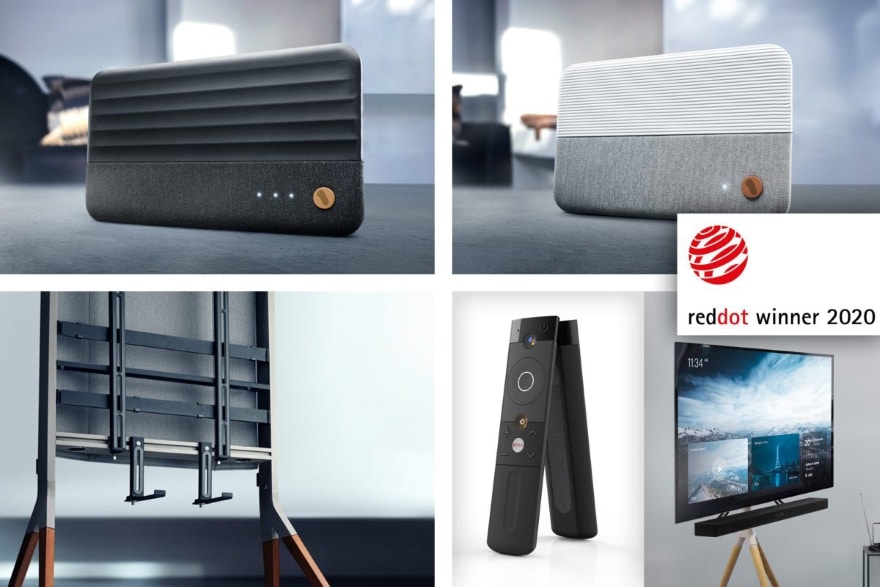 In 1981, Firehammer says a desire to see something different took him to Southern California, where he joined Host International Inc. (now part of Marriott Corp.) for finance and auditing duties.

After several years, he was thinking about how to continue his education and advance his career. An MBA was one choice, but after working closely with the legal department at Host, Firehammer says law school intrigued him.

In 1987, he earned his J.D. from Whittier College School of Law, then returned to the Midwest and was employed in two Chicago-area law firms. It was then he began working with UEI as an outside counsel and joined the company in October 1993.

Firehammer still sees himself as a behind the scenes supporter. In the parlance of his beloved Green Bay Packers (he owns five shares of the NFL’s only publicly held team and is a season-ticket holder), he’s a “blocker and tackler.”

“At UEI, we provide innovative experiences. There are many, many companies that try to replicate what we do,” he adds. “We differentiate ourselves at a high level and continuously revolutionize the consumers’ experience—that’s the overarching theme of our company.” 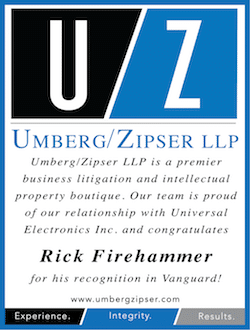 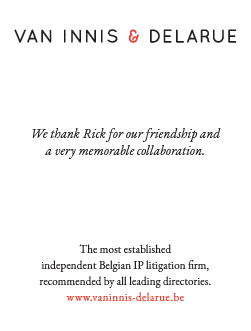